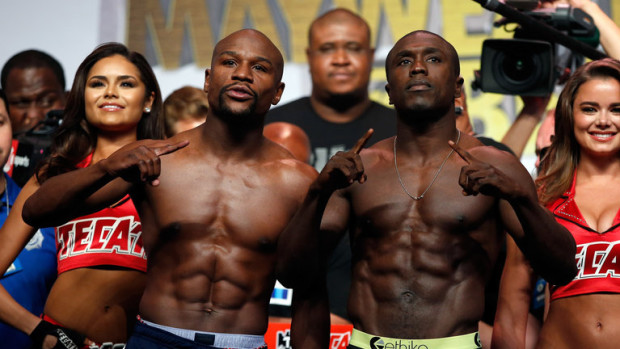 Last spring, during the hysterical leadup to Mayweather vs Pacqauio, I was surprised to get a tweet from none other than UFC honcho Dana White. Actually, Mr. White was responding to a response I had made to one of his statements. If memory serves, he was basically claiming that MMA fighters could defeat boxers in combat. I responded that boxing was a sport, that George Foreman would have probably destroyed Muhammad Ali in a “real” fight, but that didn’t really matter in the ring with rules and a referee.

Mr. White quickly responded, via Twitter, that he pretty much just answers the questions he’s asked. Never one to give up on a golden opportunity, I tried to push the issue. Needless to say he never responded. I’d love to claim that he simply knew he had been bested in an argument, but I doubt that’s the case. Mr. White’s a busy guy after all, though he’s also a huge boxing fan with solid knowledge of the sport. In truth, I doubt he ever even got around to my question. 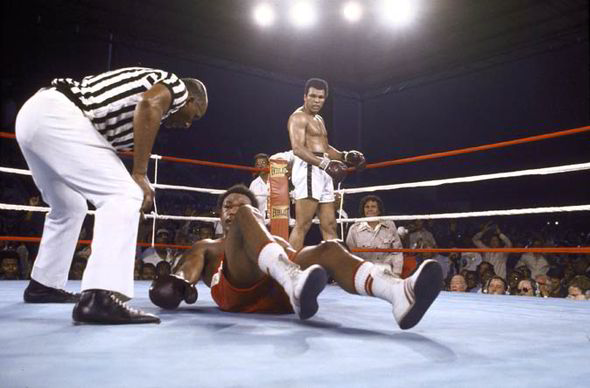 Could Ali have beaten Foreman in a street fight?

Still, I think it’s important for boxing fans to understand that Floyd Mayweather is right when he says that boxing isn’t fighting. No doubt boxing greatly resembled fighting back when John L Sullivan battled Jake Kilrain on a farm with bare knuckles back in 1889, but for well over a hundred years now, boxing has been called “The Sweet Science” for a reason.

Let’s stick with Sullivan for a bit. The first “great” boxer and perhaps even the first modern celebrity, the “Boston Strong Boy” was unquestionably as tough as they came. He never fought the likes of Peter Jackson, but that’s a discussion for another day. The fact is anyone who could go 70 plus rounds in the heat of the American South while drinking tea mixed with whiskey between rounds was a force to be reckoned with.

James J. Corbett on the other hand, was a pugilist of a different stripe. Yes, he was a big city Irish kid living in a time when the Irish in America were largely looked down upon, but there was a reason the guy was called “Gentleman Jim.” Sure, word was Corbett had some college (who knows how true that claim was or how much education he actually had), but this well dressed former bank clerk wasn’t interested in being a tough guy. He was interested in being a skilled boxer. 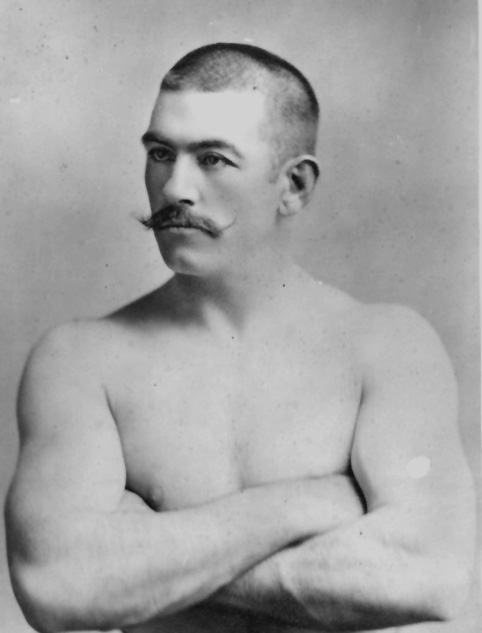 While it’s true Corbett was far younger than Sullivan when the two met in September of 1892 in New Orleans, it was still the smaller Corbett’s skill, his footwork and effective strategy, which allowed him to knock Sullivan out in round 21. Suffice to say, had the two met in a saloon rather than in a boxing ring under the Marquees of Queensbury rules, the end result may have been far different.

Indeed, the sport of boxing is littered with such examples through its history. Does anyone think Ray Leonard could have beaten Roberto Duran in a street fight? What about Tyson, that ultimate of tough guys? Would he have really been reduced to munching on Holyfield’s ear if he wasn’t being taken to school for the second fight in a row against the Atlanta brawler?

Everyone loves great, exciting fights. Controversial as it was, I challenge anyone to say Hagler vs Leonard was more entertaining than Hagler vs Hearns. As a rule, thrills beat skills and that’s pretty much all there is to it. That’s why Dana White has pointed to a prime Tyson as an example of the kind of warrior fans want to see. The thing with boxing, however, is that it doesn’t require thrills. It only requires skills. 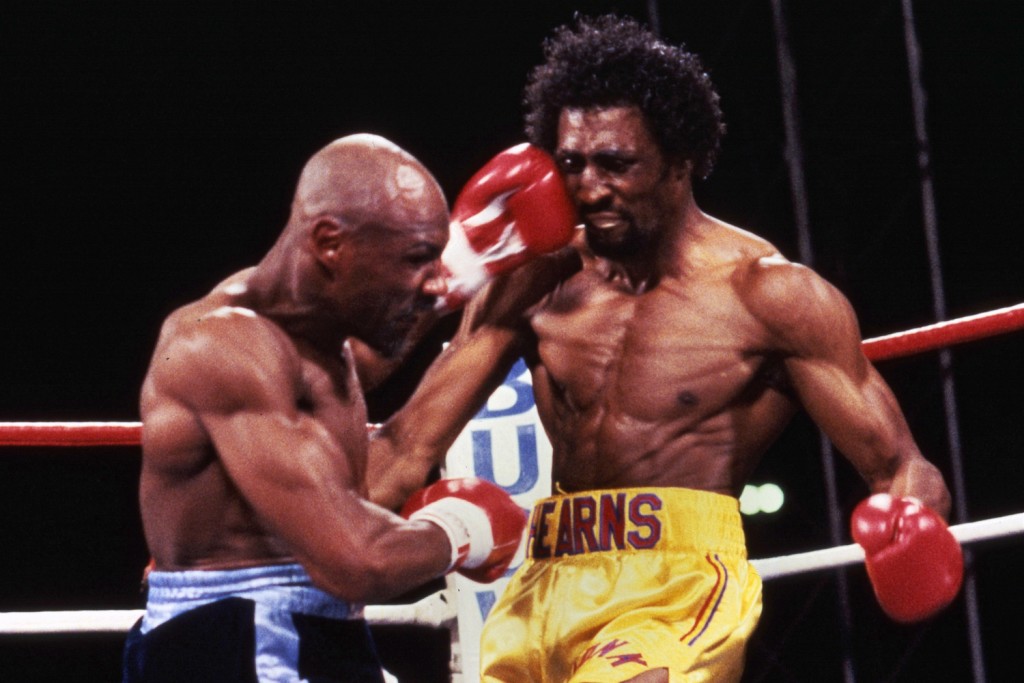 When all is said and done there’s always going to be a fine line between some fun fighters and those fighters who are truly great. Leo Santa Cruz thrilled fans when he bested Abner Mares recently, there’s no two ways about it. People have most likely gone from disapproving of the guy to looking forward to his next fight.

But the truth is that Santa Cruz may have willfully found a way to avoid the intensely skilled Guillermo Rigondeaux. What’s more, it’s tough to picture Santa Cruz ever beating the likes of Vasyl Lomanchenko. Santa Cruz is fun, but at the moment he seems a step or two down from great. Not that he necessarily needs to be great. At this rate he can earn lots of fans and money. He can never, however, earn a reputation for being a pound-for-pound top fighter with his current record. 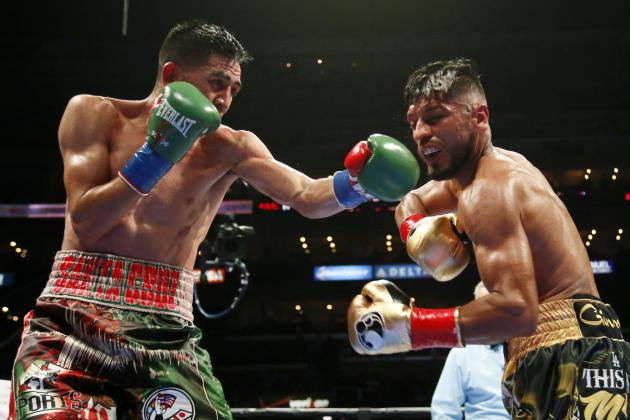 Santa Cruz vs Mares gave the fans what they wanted.

Meanwhile, at the other extreme is Floyd Mayweather. He is the ultimate example of how boxing is ultimately about skills, not thrills. Seriously, has there ever been a less exciting boxing icon? Has there ever been a less thrilling pay-per-view draw? Make no mistake about it, Mayweather defies conventional wisdom which claims people only want to see a flesh-and-blood version of Rock ‘Em Sock ‘Em Robots. As I’ve written elsewhere, however, Mayweather is indicative of the hip hop era, where attitude is the primary appeal. That era has seen its heyday though, and so perhaps has Mayweather’s popularity, for the backlash he’s been receiving for taking on Andre Berto has been intense.

Regardless, Floyd is the best in the game right now. Or at the very least he’s still close to the best. He’s got his detractors, sure, but he’s still beaten the biggest names in the game. What’s more, he’s done it in a way that, by and large, has been far from thrilling. At the risk of coming across as redundant, could anyone picture Mayweather handling Canelo Alvarez in an octagon or in the parking lot of the MGM Grand with the same ease he did in the ring that night two years ago? What about Marcos Maidana?

While it’s true exciting fighters will always get the love, skilled, less exciting fighters deserve their due as well. If promoters or sanctioning bodies avoid such boxers then it’s up to journalists and analysts to make sure credit is given where it’s due. Perhaps it’s the frequent discrepancy between thrills and skills that makes the rare fighter who possesses both – the Tysons, Alis, Haglers and Robinsons – so beloved. Such warriors have the ability to make everyone happy.

Maybe Floyd doesn’t belong among such distinguished company for the truth is, in term of thrills, he has given us precious few, especially over the last decade. But skills, as they say, pay the bills. And even after all these years, no one in the game rivals Floyd in that regard. He remains an extraordinary talent, both inside the ring and out. Keep that in mind as you’re watching tonight and searching in vain for some thrills to liven up Floyd’s alleged final display of his skills.             — Sean Crose