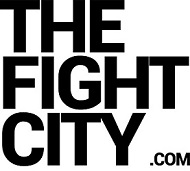 Founded in 2014, The Fight City is an independent website with a literary edge that embraces this brutal, cruel, glorious, heartbreaking sport in all its facets — the good, the bad and the ugly. Hundreds of original posts to be found here, including profiles, exclusive interviews, in-depth historical essays, Top 12 lists, op-ed columns, and more. Except where otherwise noted, our essays and articles are all original to this site and all rights are reserved. No part of this website, including its content and source code, can be reproduced in any way without prior consent from The Fight City. This website is completely independent, is strictly for informational and entertainment purposes, and is in no way affiliated with any other boxing organization. All images and videos are copyright their respective owners unless otherwise noted. No copyright infringement is intended. If you would like an image or video removed, please let us know and we will do so promptly.

Michael Carbert, Founder and Editor-in-Chief, has published work in various magazines and newspapers including The Montreal Gazette and CNQ magazine. His feature article in Maisonneuve on the Montreal boxing scene was nominated for a National Magazine Award. Originally from Ontario, he now resides in Montreal which is fitting since the bout which ignited his zeal for this brutal sport remains “The Brawl in Montreal,” that first great clash between Roberto Duran and Sugar Ray Leonard.

Zachary Alapi writes about boxing for various websites and holds an M.A. in Creative Writing from the University of New Brunswick. He lives in Montreal.

Hunter Breckenridge resides in Portland, Oregon. He traces his boxing fandom back to the Rocky movies and attending local fight cards in the late 90s with his dad. When he’s not contributing to The Fight City, he’s blogging about boxing, politics, space, and his frequent misadventures in the mountains of the Pacific Northwest. His past musings on pugilism can be found at hunterboxing.net and you can reach him on Twitter via @HunterBreck.

Damien Burton is a UK-based freelance artist whose intrigue for boxing was sparked by the vibrant British scene of the late 80s and early 90s. You can find him on Twitter @Mr_Yib.

Alden Chodash has served the sport of boxing as a writer, an amateur boxer, and an amateur boxing official. Chodash became the youngest member of the Boxing Writers Association of America at age 12, pursuing a love for the sport that had initially captivated him at age 9. Alden boxed in the amateurs from age 11 to 14, before giving up the ring for studies in Chemical Engineering at the University of Florida. Chodash currently serves the US Navy as a Nuclear Engineer. He can be reached on Twitter via @AldenChodash.

Sean Crose has been a die-hard fight fan since before Leonard first faced Duran. Aside from The Fight City, Sean’s work can be found at Boxing Insider and at Box Mad Magazine. A member of the English Department at Post University, Sean’s writing has appeared in such outlets as Fiction 365, Linguistic Erosion, Crack The Spine, and The Copperfield Review. He lives in Connecticut.

David Curcio is based in Watertown, MA. His essays on boxing films have appeared in Ringside Seat Magazine, Noir City, and his own blog slugfestboston.com. He has written extensively on art, and delivered numerous lectures on Japanese woodcuts. David has recently completed his first book, Cinema Pugilistica: A Century of Race, Crime, and Culture in the The Boxing Film.

Jeffrey Fuss is from Shepherdstown, West Virginia. At West Virginia University he won the 2016 National Collegiate Boxing Association’s light heavyweight championship.  He currently resides in Shenzhen, China teaching English as a Second Language. Some of his favorite boxers include Arturo Gatti, Jorge Linares, Emmanuel Augustus, Wilfred Benitez, and the Four Kings. He can be reached on Twitter via @sweetscience4

Rafael García  is from Nuevo Laredo, Mexico. He studied Economics at Montreal’s Concordia University and his twitter handle is @mccready82. His favorite fighters are Roberto Duran and Salvador Sanchez. His last and only fistfight took place in his early twenties in a train station in Marseille at four in the morning. He won by TKO.

Joshua Isard is a writer and teacher living in the Philadelphia area. He’s the author of the novel Conquistador of the Useless, and directs the MFA Program in Creative Writing at Arcadia University. His favorite fighters are Bobby Chacon, Gennady Golovkin, and Philly legends Bernard Hopkins and Joe Frazier.

Ronnie McCluskey is a Scottish writer who has covered boxing on and off since 2004. Follow Ronnie on Twitter @exoplanetocean.

Eliott McCormick’s love of boxing was born in the 1990s. He has also written for Vice Sports.

Matt O’Brien is from Nottingham, England and became hooked on boxing when Prince Naseem was on the rise. He lost his one and only amateur fight when his corner threw in the towel in round two and he’s still considering a comeback. Having studied at the University of Birmingham and the University of London, Matt now teaches English and writing at the International College in Beijing, China. His favourite boxers are Joe Calzaghe, Marco Antonio Barrera and Felix Trinidad.

Robert Portis has been a student of pugilism since he was ten years old. He has sparred, fought, trained and worked fights in various locales including New York, Las Vegas, Toronto, Los Angeles, Montreal, London and Atlantic City. His last contest was in 1990; ahead on points, he succumbed to a vicious left hook to the temple in round two and promptly retired. He lives in Montreal.

Jamie Rebner is a die-hard fan and student of the fight game. He was born and raised in Montreal and still calls the great city his home. Reading Evander Holyfield’s biography in his mid-teens put him on the boxing path but his passion extends to all combat sports. Having completed his Master’s in sport psychology, he has a keen interest in the mental side of fighting. Follow Jamie on Twitter @J_NReb.

Andrew Rihn is the author of The Pugilist, a monthly boxing column for Into the Void magazine, as well as Revelation: An Apocalypse in Fifty-Eight Fights (Press 53, 2020), a book of prose poems about Mike Tyson. He can be reached on Twitter via @RihnAndrew and Instagram via @a.rihn

Ralph Semien is a retired LA attorney and lifetime fight fan who recalls watching the Gillette Friday Night Fights with his dad in the 1950’s on black and white television. He’s loved “The Sweet Science” as far back as he can recall and is a huge fan of Muhammad Ali. He later became close friends with Emanuel Steward’s mentor and Tommy Hearns’ trainer, the renowned Bill (“Billy”) Miller, in Detroit back in the 70’s.

Glen Sharp is the author of the novel Bethany Park and the boxing memoir Punching From The Shadows. He lives in West Sacramento, California.

Lee Wylie is from the North East of England. He is known in boxing circles for his highly detailed breakdowns and is generally considered one of the best analysts in the sport. Among his favorite fighters are Joe Gans, Benny Leonard, Roberto Duran, Ezzard Charles, Nicolino Locche, Mike McCallum, Pernell Whitaker and Orlando Canizales. He now coaches fighters for MTK Global. You can follow him on Twitter @leewylieboxing.

If you are interested in writing for The Fight City please contact us and forward some writing samples. We love to hear from our readers. If you have any comments, questions, suggestions, press releases or information to share with us, please email us at thefightcity@gmail.com.