Suffering from uncertainty about your lead shoulder feint? Having trouble with your distance management or footwork? Are concerns about how best to parry a right lead keeping you up at night? Fear not: Lee Wylie is here to help. Just email your questions to thefightcity@gmail.com and Lee will respond as quickly as possible.

I am suffering from what some might call a #MayPac hangover and I’m hoping you have the cure. Now while I have nothing but respect for your breakdowns and analysis, I honestly cannot agree with your take on Mayweather vs Pacquiao. Having watched the contest more than once, I am of the conviction that not only was the fight much closer than most people think, but that Pacquiao did enough to win! Seriously, I think he outlanded Floyd in most of the rounds and that the Comopubox numbers were way off. At first, I thought Manny was a sore loser, but now I think his claim of having won rings true. I was fine with this until it suddenly dawned on me: this means I actually agree with Skip Bayless! How can this be? The mental anguish I am now experiencing is unbearable! Please Lee Wylie, once and for all, did Manny get robbed?

Having picked Pacquiao to win by decision, it would be my pleasure to subscribe to this narrative if I could, but the fact remains I just cannot find seven rounds to give him. I scored four rounds (4, 6, 9 and 10) for Manny and you could justifiably give him another one (round 8), but another two on top of that? Sorry. It’s just not possible.

I tend to agree that the fight was closer than most saw it, but Pacquiao certainly didn’t do enough to win outright. 115-113 for Mayweather is as close as you can score it with a straight face, in my opinion.

Many have said the CompuBox numbers were off, and maybe they were, but if we adhere to the actual criteria of round scoring — clean punching, effective aggression, defense and ring generalship — then those numbers become irrelevant. Mayweather clearly came out on top in three of the four categories while preventing his opponent from being effective in the remaining one. Of course, it would be different if we had Pacquiao-Clottey type numbers, where Manny trumped his opponent’s meager output by responding with well in excess of a thousand punches, but the fact is one of the determining factors in Mayweather vs Pacquiao was the Filipino’s comparatively low offensive output.

From where I was looking, Mayweather was the one dictating the terms throughout, controlling the range, pace, and the location. In fact, Manny didn’t really force Floyd to the ropes as much as Mayweather went there of his own accord. This wasn’t like Oscar De La Hoya or Marcos Maidana maneuvering Floyd to the ropes with the jab, for instance. Mayweather also tied Manny up when he needed to, and generally produced the cleaner, more eye-catching work throughout. Like I’ve said time and time again, say what you like about Floyd the fighter, but as a performer, winning rounds by doing just enough at precisely the right time, he’s unmatched.

In short, Mayweather was simply the better man on the night. But that said, I do believe Freddie Roach did his fighter a disservice by providing him with a naive, one-dimensional strategy.

Don’t get me wrong, this was always going to be a difficult task for Manny, regardless of the gameplan, but for me, far too much emphasis was placed on outworking Floyd along the ropes. I mean, why jeopardize what you do best for a strategy that has yet to truly work for anyone? Forcing Mayweather to the ropes and outworking him seems the consensus blueprint for defeating him, yet only Maidana and De La Hoya (for six rounds before they gassed) and Jose Luis Castillo (first fight) have had any kind of success with that strategy. It just so happens all three also enjoyed a significant physical advantage over Mayweather, which, needless to say, is something Manny (despite reportedly weighing more than Floyd on the night) didn’t naturally have.

If you go back and review the film, you will see that some of Manny’s best moments in the fight, and I’m not sure if he or Roach were even consciously aware of this, came when he was counter-punching and then stepping out to his right. But so long as Mayweather’s back was against the ropes, Pacquiao was unable to time Floyd coming forward and turn him.

Provided Floyd’s next opponent has both the necessary skill and full conviction in his gameplan, feints, in-and-out movement to draw the counter, and angles are what I’d like to see from him.

Showtime’s Al Bernstein told viewers during the broadcast that you cannot have success against Mayweather in the middle of the ring. However, I’d encourage you to watch rounds three and six of the Mayweather vs Cotto fight (26 and 38-minute marks in the video below). Again, I’m not sure if Cotto or his trainer even realized it at the time, but they did very well in the center of the ring, working behind a jab, feinting, pivoting off-line, turning Floyd. It was move, hit, move, or in other words, “Boxing 101.”

Now, I know not everyone is a fan of Virgil Hunter, but there’s an interesting interview where he says fighters can learn a lot from studying the animal kingdom’s greatest predators, which he believes is combat at the highest level (a point hard to argue when survival itself is at stake).

Ultimately, combat is about position. Both animals in the above clip had weapons that could do damage, but the one who positioned his better while making it more difficult for his adversary to use his, seized the initiative and thus had the advantage. Essentially, it’s the same in boxing.

Would you attack a Black Mamba (counter-puncher) head-on? Or rather, would you try to outflank it and then attack while it’s out of position or off-balance? With this in mind then, the following makes a lot of sense, does it not?

Just once, I would love to see a Mayweather opponent confound all expectations by trying to offset him using unpredictable movement and angles. And not just as a filler between pressure, but intently from start to finish.     — Lee Wylie 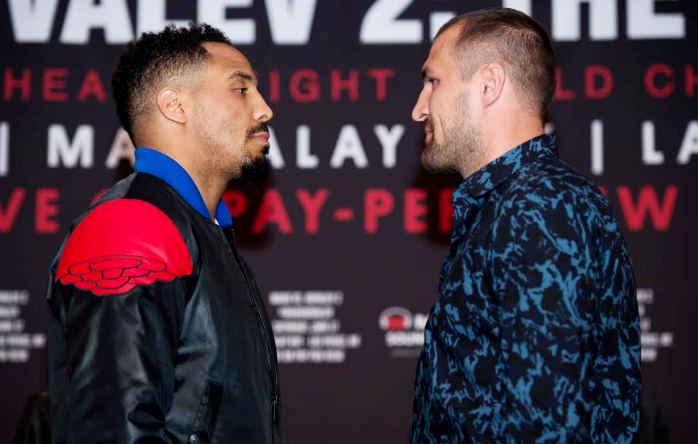 Beyond a Punch: Kovalev-Ward II

Canelo vs Kovalev: The Tactical Overview 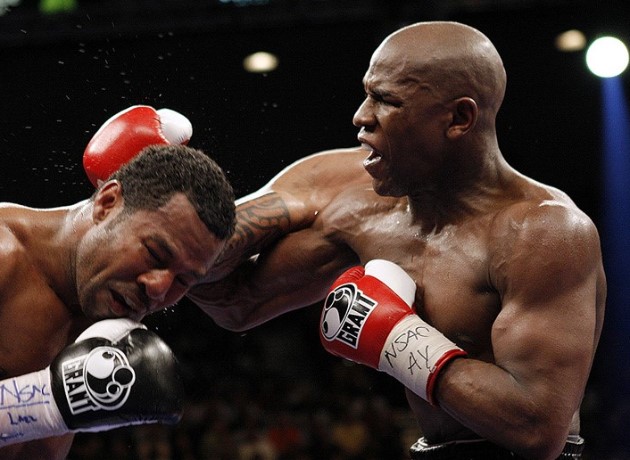