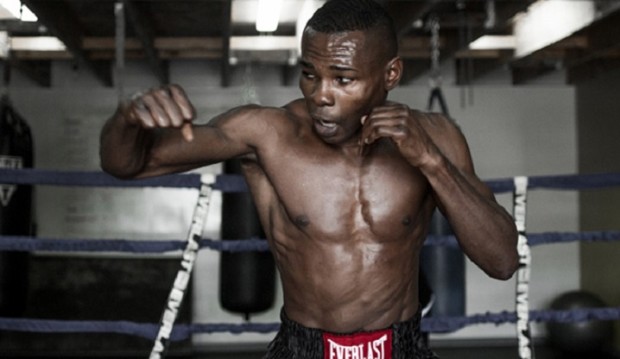 UFC star Conor McGregor found himself being bested in the octagon by Chad Mendes two weeks ago but McGregor overcame the adversity, came back, and pulled out a thrilling victory. UFC fans seemed delighted and McGregor received thanks and praises from all quarters. See the difference? If this had been a boxing match, no doubt McGregor would have been given hell afterwards and criticized for allowing himself to be dominated for as long as he was, especially by an opponent who had taken the fight on short notice.

Boxing fans have always been a tough breed. Ever since the time of John L. Sullivan, it’s rare to find a fighter who has been roundly accepted by the fan base. Joe Louis and Ray Leonard come to mind, but they’re exceptions to a rule made up of names like Dempsey, Ali, Tyson and Mayweather. Boxing fans are just plain hard on the sport’s top practitioners, though that might not be an entirely bad thing.

There are, however, exceptions, big glaring ones. Take, for instance, the case of Guillermo Rigondeaux. The man is a master of the craft, a maddening ring genius who simply makes opponents look bad, and while it’s true the guy’s not perfect – he’s been dropped a few times, after all – he is very, very good. So good, in fact, that the best available competition has simply found a way not to face him. And strangely enough, boxing’s fan base is fine with that. 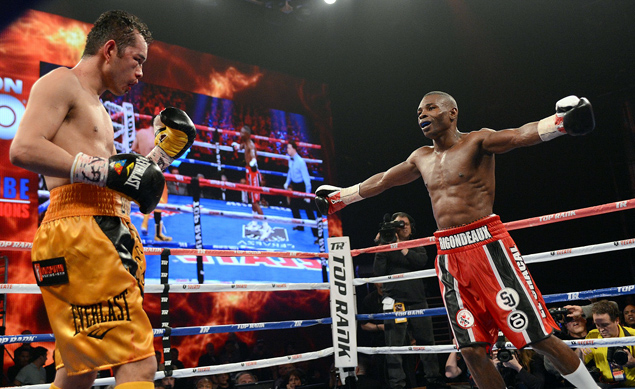 Rigondeaux’s extraordinary domination of Donaire was a performance for the ages.

Ponder this for a beat. Rigondeaux is a titlist. He’s clearly the best, the undisputed king of boxing’s smallish realm. One would think there would be a real effort among talented fighters and their camps to dethrone the man. But one would be wrong. Rather, available boxers and fans are flat out content to just ignore Rigondeaux, to accept easier matches among lesser combatants, and to pretend not only that titles don’t matter, but that being the best in a sport doesn’t matter, either.

This is worthy of reflection.

It’s doubtful that an organization such as the UFC would even allow a mixed martial arts equivalent of “The Jackal” to practice his finely honed craft in the octagon. Dana White has referenced boxing’s Mike Tyson, after all, as having offered the kind of action he likes. That’s understandable, of course, but I think it’s one of the UFC’s weaknesses. Mixed martial artists may indeed have more weapons at their disposal than boxers do, but, in the UFC at least, those artists don’t seem to employ one of the greatest weapons in all of combat: a defense-based strategy.

And Rigo is a defensive boxer. He avoids getting hit while hitting you cleanly. And that bores a lot of people. Back in the day, I wrote an article for another boxing site stating that Rigo would do okay for himself as long as he remained being Rigo. This led to my being savaged in another by a successful author who is also a boxing writer. Welcome to the fight game. 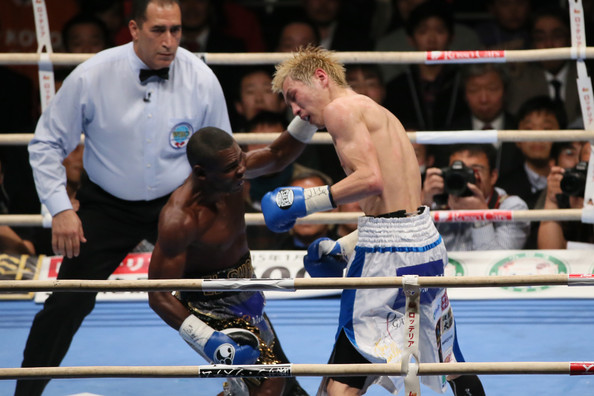 Rigo’s fight with Amagasa, in which he was dropped twice, was anything but ‘boring’.

The author in question’s criticisms of Rigo were common and also perhaps valid. Rigo clearly doesn’t excite fans, after all. He also hasn’t learned English, the prevalent language of his adopted homeland, after spending some serious time there. PC politics aside, that’s not a great way to cultivate a large fan base. It can also be interpreted as rude if it’s not at least explained. I’d like to think that if I became a permanent resident of a country where English wasn’t the primary language, I’d try to pick up the language of the majority if only to ingratiate myself.

Yet none of this takes away from the fact Rigo is the best in his weight realm. And boxing, the last time I checked, was primarily a sport, as opposed to a business or a form of entertainment. With that in mind, however, it must be admitted it’s a sport where athletic prowess and dominance don’t always matter a whole lot in the end. Blacks couldn’t fight for the heavyweight title at one time, after all. Peter Jackson and Sam Langford could attest to that. What’s more, the sport is inundated with stories of the “house fighter” winning unfair decisions.

The case of Rigo, however, is such an extreme example of the sport’s fickle side that it is confounding. As Dougie Fischer rightly points out, this is a case where “the man” is being ignored. Usually, such situations only apply to contenders, not undefeated champions. It’s startling stuff. Or perhaps it’s just me. I myself enjoy seeing a fighter I’m not crazy about challenged in the ring rather than ignored. Sorry, but I’m just not going to get all worked up over Santa Cruz-Mares while Rigondeaux sits yet another one out. I’m likely in the minority on this, however, I know. 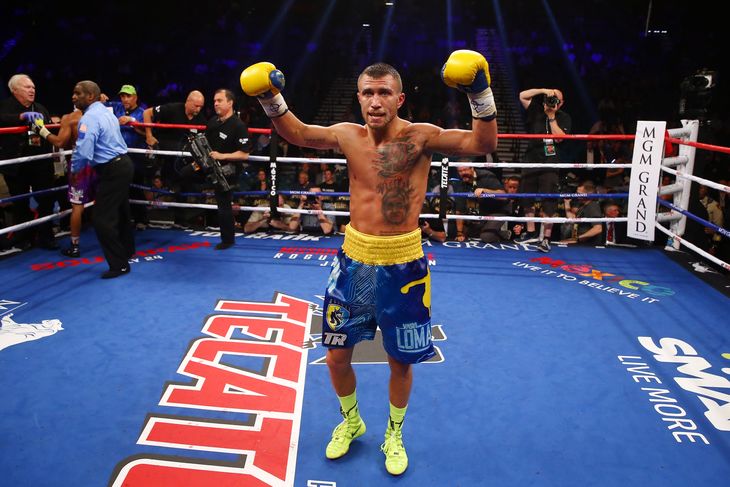 Will Lomachenko, a truly sublime talent, be the man to finally test Rigondeaux?

It’s worth keeping in mind that Rigo’s career ain’t over and word is now out that major competition may be finally eager to take him on. The brilliant Vasyl Lomanchenko appears, at the very least, to be interested in facing Rigo in what could rightly be described as a supermatch. The impressive Scott Quigg is also reportedly not opposed to getting it on with the Cuban defector. These are promising developments. I’m not getting overly excited, however, until the ink has dried on a contract. Modern boxing, after all, is sometimes as much of a lawyerly mess as it is a contest of fisticuffs.

When all is said and done, the story of Guillermo Rigondeaux may end up being more of a reflection of the sport of boxing, and perhaps society as a whole, than it is on Rigondeaux himself. Years from now people won’t think about the fact that facing Rigo could be bad for a career that puts food on people’s tables. Or that Rigo’s style wasn’t conducive to a post-Tyson, UFC-influenced era. Instead they will note the fact that the man was ducked by the best available opposition. Over and over again.