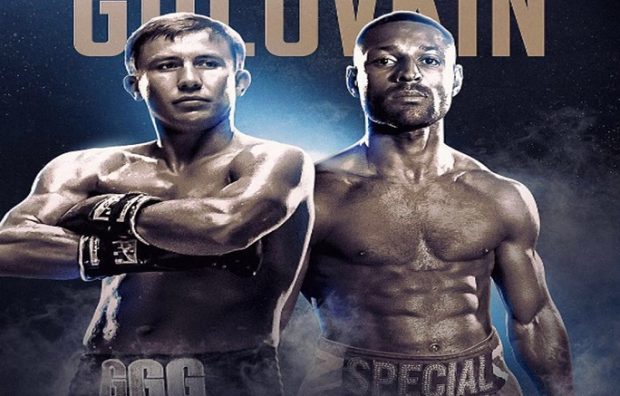 Yes, I know; you’re mad. You’re a dedicated, long-suffering, hardcore fight fan. And Gennady Golovkin has turned out to be just as bad as Canelo Alvarez. Sure enough, his decision to face Kell Brook – that’s welterweight Kell Brook – is a shame and an embarrassment. Instead of fighting a legit middleweight, he’s ripping a page right out of Canelo’s book and taking on a guy who will be at a huge size and weight disadvantage and have almost zero chance of winning.

But none of that is true. Not by a long shot. Here’s why this writer doesn’t mind that GGG and Special K are going to get it on in jolly ol’ England this September. Bottom line is this: both men literally have no one else to fight. That is, of course, if their respective camps are telling the truth. And right now I don’t see any reason why they wouldn’t be. 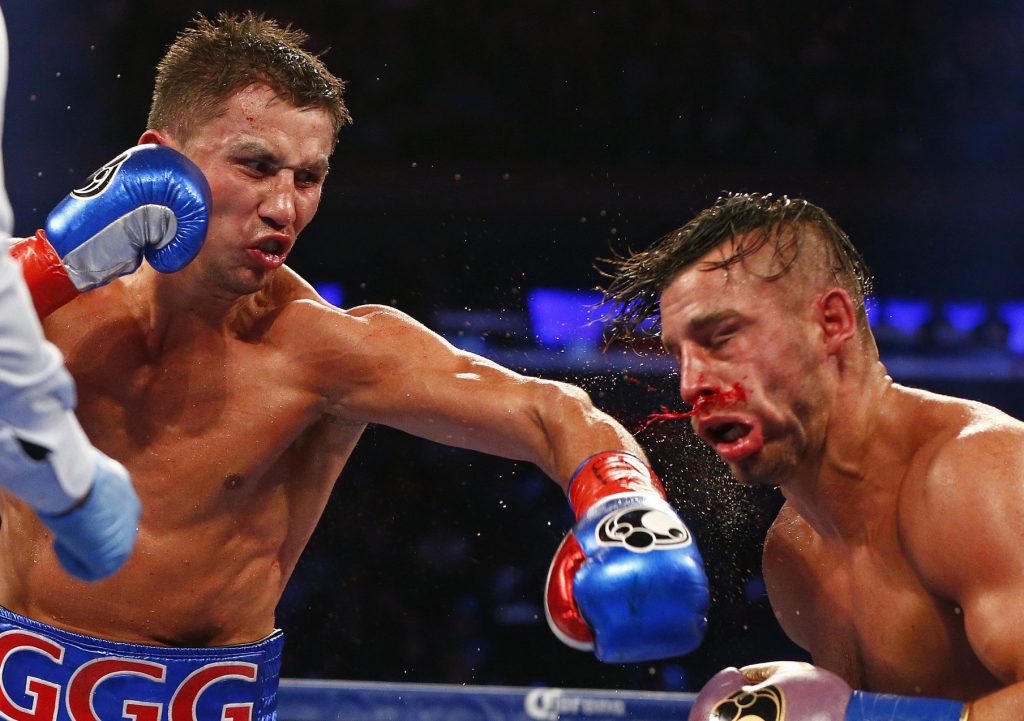 It’s not hard to understand why so few want to fight this guy.

Let’s start with Golovkin. Simply put, he is a fighter no one wants to fight. Not Canelo Alvarez. Not Billy Joe Saunders. Not Daniel Jacobs. And not, it seems, Chris Eubank, who, according to Eddie Hearn, ultimately proved incapable of signing up for a perfectly reasonable deal. Or at least Eubank’s father/manager proved to be. In other words, no one of note at 160 appears willing to get in the ring with Gennady Golovkin.

There may be a few exceptions, of course, but Team Triple-G is not, repeat, not obligated to scour the globe for opponents, nor is it incumbent upon them to jump all the contractual and promotional hurdles, ie. Haymon, Showtime, etc. At some point the burden of making a fight happen falls to the challengers as much as the champion, no matter what the sanctimonious, impossible-to-please critics in the boxing twitter-verse may say. 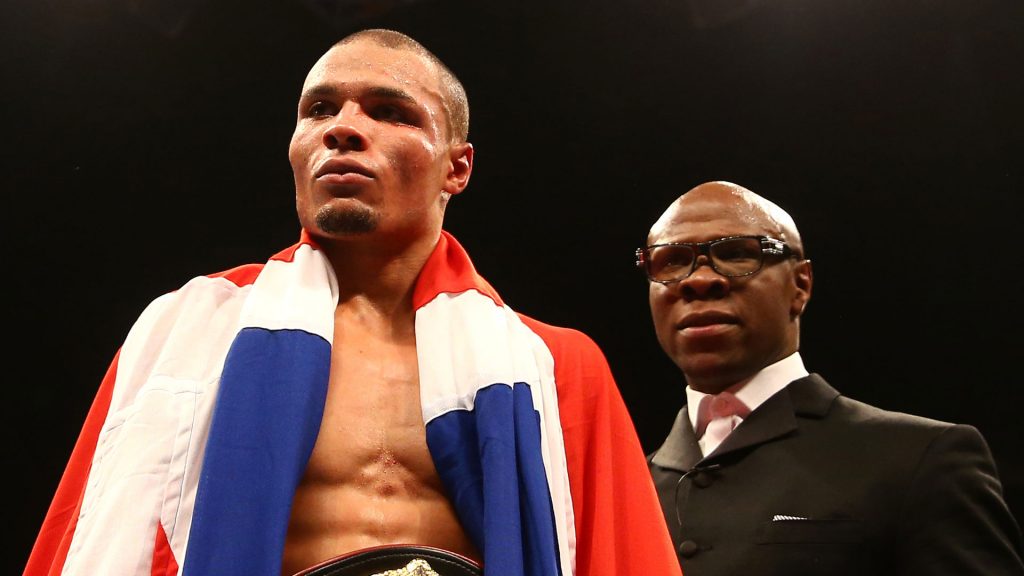 The Eubanks: struggling to back up the big talk.

If you think this is all bunk, keep in mind that Brook made the decision to face GGG in a matter of hours. According to Hearn, he gave Brook the same basic terms which the Eubanks were struggling to accept and Special K said, “Yes, please, where do I sign?” Let that sink in.

Reflecting on this situation, it seems to me boxing is divided these days between two distinct camps: fighters and businessmen. In the businessman camp there’s Saunders, Adonis Stevenson, Eubank, Leo Santa Cruz, Miguel Cotto, Carl Frampton and, most heartbreakingly, Alvarez who, while to some degree a victim of circumstance and his own big mouth, has made a series of recent decisions which plant him firmly in the latter category. And for some, referring to Canelo as a “businessman” is being much too polite. Those of a far cruder disposition than myself might in fact resort to such deplorable terms as “candy-ass” or “pussy,” though I would never dream of being so harshly judgmental, not to mention ill-mannered. 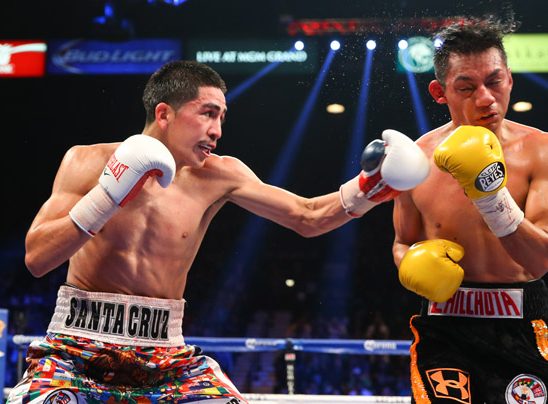 Meanwhile, in the fighter camp, we find Brook, Deontay Wilder (you didn’t see him dodging Povetkin, did you?), Tim Bradley (who never avoids a tough fight), Shawn Porter, Wladimir Klitschko, Golovkin, Segery Kovalev, Andre Ward (say what you will, he has signed up to face the feared Kovalev though, yes, some are skeptical) and, of course, Bernard Hopkins (as far as I know he still hasn’t officially retired).

What’s really a shame about the business-minded guys is they tend to be good. Seriously. Adonis Stevenson is good. Danny Garcia is good. Santa Cruz is good. They just aren’t eager to fight guys like Kovalev, Thurman or Rigondeaux, never mind Brook or Golovkin. But none of the aforementioned businessmen boxers strike me as cowards. If Santa Cruz were a coward, for instance, he wouldn’t be facing Carl Frampton, and vice versa.

This match proved these guys were fighters first, businessmen second.

The fact both have successfully gotten away with not facing the slippery and ultra-talented Rigondeaux, however, speaks volumes.  That’s what makes the case of Canelo so upsetting. He’s taken on a number of truly formidable opponents: Floyd, Trout, Lara, Cotto. This willingness now to ruin his reputation in order to not possibly (“possibly” being the operative word here) suffer defeat is ridiculous.

No matter, Canelo has gone down his path and now Golovkin has gone down his. It’s a bit unfair, however, to compare the two simply because of  the comparative nature of their recent opponents. Canelo chose to fight Khan when he had a plethora of big opponents to pick from, including Golovkin. Whilte at the moment the only top name Golovkin has available is … Brook! 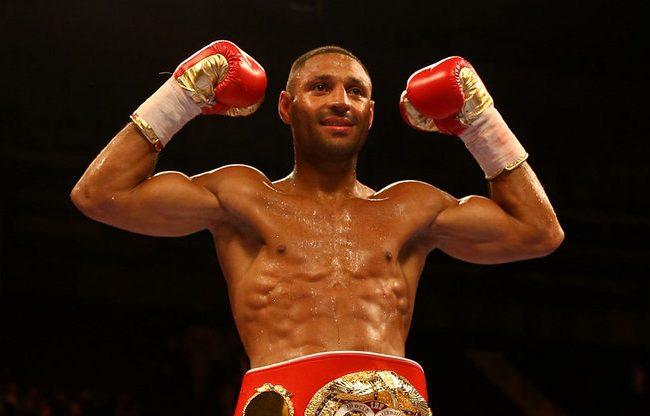 He who dares, wins.

And let’s not forget to give huge props to the gutsy Englishman. Talk about daring to be great. Sure, this fight’s in his backyard, but he won his title against a top American in America. In other words, Brook is a guy who’s willing to risk it all. Indeed, he’s surely putting his neck on the block with this fight. For Golovkin can not only knock people out, he can lay them flat. Like other famous Englishmen (I’m thinking of the Winston Churchill, Lord Nelson variety here), Brook’s going to face the fire head-on in the hopes of even greater rewards down the line. Here’s to him.

And here’s to this fight. It may not be a great matchup. Heck, it may end up being a blowout. But no one can say this isn’t intriguing matchmaking. Nor can anyone claim that these two pugilists are businessmen more than they are fighters.                — Sean Crose