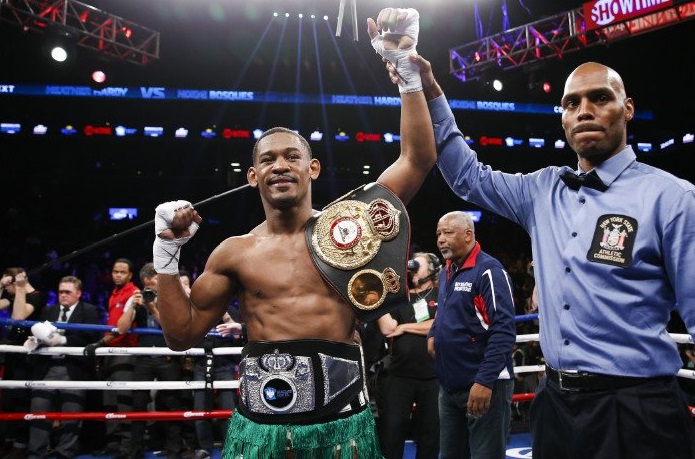 The middleweight division is full of excitement and intrigue right now but most of the talk is all about Canelo Alvarez and Gennady Golovkin. Questions abound. Is Canelo not really a full-fledged middleweight as he claims? Can anyone beat “GGG”? Will Alvarez take him on or opt for another tune-up fight instead? Who will win when they finally battle? With all the excitement over the Mexican and the Kazakh and the hopes that they will fight sooner than later, it’s easy to overlook the WBA middleweight king, Daniel Jacobs.

It does make sense that fight fans are largely focused on Golovkin and Alvarez. The IBF ruler has been dominant with 16 successful title defenses and 22 consecutive knockouts. He has built a popular following, drawing large crowds on both coasts in New York and California. Most recently, Golovkin defeated the overmatched Dominic Wade in spectacular fashion with a second round TKO.

Alvarez has put up equally impressive numbers since his loss to Floyd Mayweather in 2013. He defeated Miguel Cotto in December in a highly anticipated match and then knocked out former super lightweight champion Amir Khan this past Saturday with a single right hand. Meanwhile, Jacobs would love to get into the ring with either man, or with any other belt-holder, including reigning WBO champ Billy Joe Saunders. The boxer they call “Miracle Man” was not at a loss for words when I asked him about the three other claimants to the middleweight title.

On Canelo Alvarez and his insisting on catch-weights: “Canelo does a lot of things that most talented athletes can do in the ring, but he is in the wrong weight class if he insists on a catch-weight. When you take punches from a bigger, taller guy, it’s hard and he’s exploiting that. It takes a lot away from him.”

On Gennady Golovkin: “I wouldn’t say he’s the best pound-for-pound fighter in the world. He’s very good. He has a lot of power in both hands. Everything he’s had, he’s earned and is deserving. I haven’t seen him ask guys to come down in weight. Even though I have the WBA belt, I feel like I need to prove myself as one of the elite in the middleweight division. So if I want to consider myself the best, then I have to go through ‘GGG.’”

On matching skills with Saunders: “I see a really good, basic fighter with one or two attributes. I can’t take anything away from him. He’s very determined, believes in his ability and gets the job done. His best attribute is his heart.”

Interestingly, Jacobs would like to do battle with Saunders next. To reach the level of a Golovkin or Alvarez, Jacobs believes that going through Saunders is one way to get there. “There’s no sense in me going backwards. I think Billy Joe Saunders would help make me a superstar in my own right.”

Jacobs won the WBA belt by beating Jarrod Fletcher and has made three defenses of his crown. His last match against Peter Quillin ended in a first round TKO win and helped to provide a higher profile for the former amateur standout. In a minor upset, Jacobs wowed the crowd at the Barclay’s Center by finishing the former WBO champ after a right to the side of the head wobbled “Kid Chocolate.”

“The Miracle Man” lists the December 2015 Quillin triumph as his best moment as a professional. “This was the best lead-up to a fight that I have been involved in and he was the most well-known guy I have faced. Peter was undefeated. The whole experience was fun, scary, and nerve-wracking.”

Beating Quillin was an undeniably proud moment for Jacobs and has reinforced the determination that fuels how he approaches life, as well as every fight. “Once I hit him with the hook and right hand, I saw his legs shake. I knew he was hurt. We train for moments like that. Once a guy gets hurt, it’s hard to hurt him again. But if you push your advantage enough, everything will give.”

How can Jacobs improve in the ring? Trainer Andre Rozier believes he has just scratched the surface of his potential. “I want Danny to utilize the jab more. He has a really good jab. I would like to see him be more balanced in his attack. It’s just refining things and making sure he executes.”

Jacobs agrees with Rozier’s characterization: “My mentality as a fighter is always evolving. I always work to get better.”

Rozier says that Jacobs has several strengths in the ring and is one of the most teachable boxers he has ever worked with. “We teach balance, range, defense, and controlling combinations. He actively listens. He’s fast, smooth and when you’re in trouble, he’s vicious. He has a really great left hook to the body. When he sets it up, it gets that maximum effect.”

As an amateur, former IBF welterweight champion “Showtime” Shawn Porter clashed with Jacobs and he saw just how good “The Golden Child” could become. “Jacobs was a very good boxer. I knew he was going to be something special as a pro.”

Matchmaker Ron Katz shares the same enthusiasm for Jacobs’ ability inside the squared circle. “Danny is a damn good fighter. Due to the nature of boxing, it will be hard to make fights with the other champions. What he’s overcome just shows me the character of the man. He has a tremendous heart.”

Jacobs has overcome many obstacles. In July of 2010, he lost his grandmother, which was followed up by a stoppage loss to Dmitry Pirog. In May of 2011, he was diagnosed with a form of bone cancer, osteosarcoma, which included a tumor that was wrapped around his spine. Doctors told him to give up boxing for good after the tumor was removed. But against all odds, Jacobs not only survived, but returned to the sport he loves. He now identifies as a cancer survivor, first and foremost, and wants to make everyone aware that June 5th is National Cancer Survivors Day.

“I believe I can overcome the impossible. When I was suffering from cancer, I was paralyzed. I learned how to walk again. I learned a lot about myself. I want to be remembered for my foundation and my philanthropy work in the community. We work to stop bullying with school safety programs and we discourage obesity by introducing health and nutrition.”

But while giving back to his community and helping others remains a priority for Jacobs, he knows he can give back even more if he gets a date with one of the two bigger names in the middleweight division. And it’s clear he has Canelo on his mind: “If you’re going to claim a division title, you have to stay at that weight. Canelo is not a real fighter in the middleweight division. I’ve never seen a champion make guys come down in weight or make them fight at a catch-weight for a title. Real champs don’t do that.” 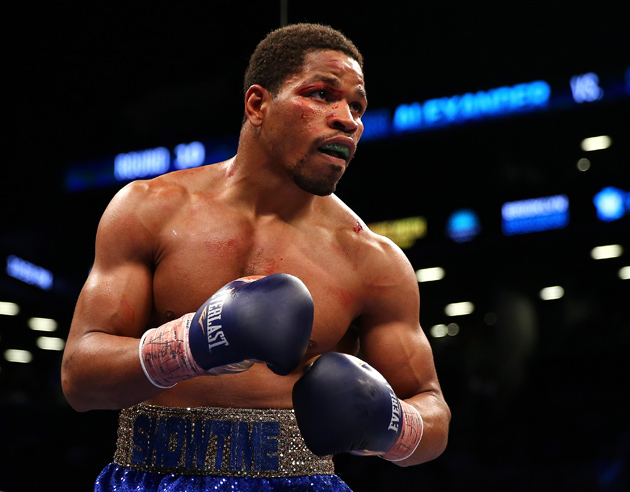 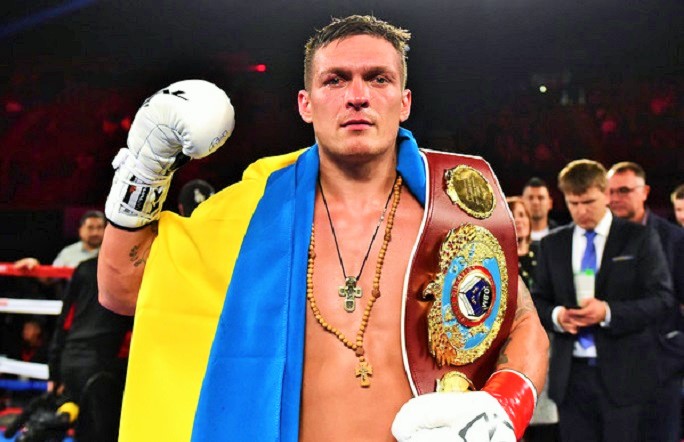 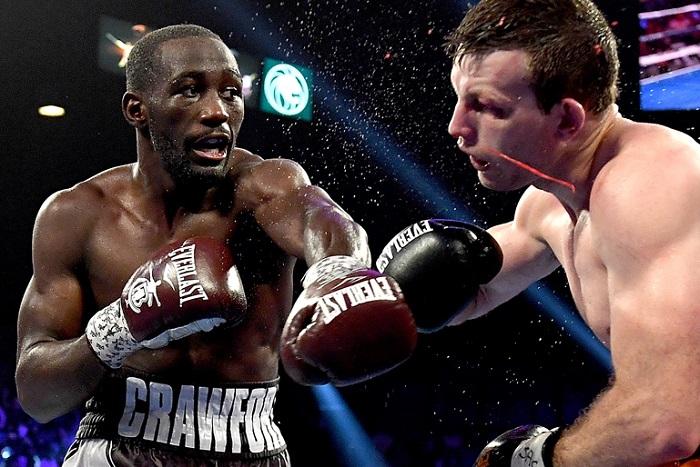 2 thoughts on “Jacobs Calls Out Alvarez”