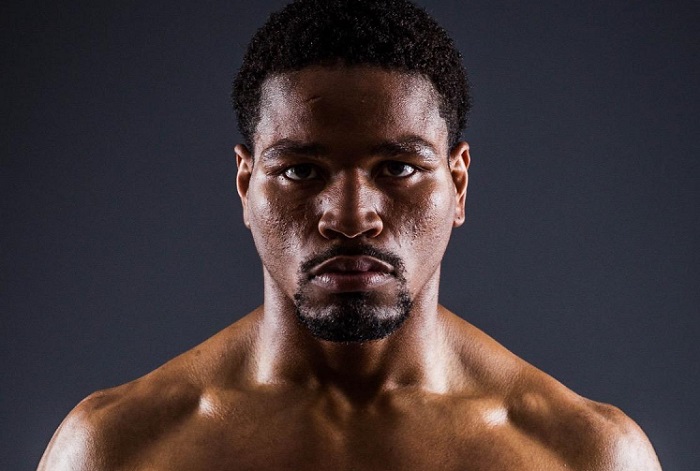 Former IBF welterweight champion “Showtime” Shawn Porter will be more than prepared for his fight against reigning WBA welterweight titleholder Keith “One Time” Thurman, if he has anything to say about it. Porter feels strongly that his stamina and mindset should not be questioned in this fight, due to his extensive preparation and focus on conditioning. At this point however, what can be questioned is when the match will take place. Or even if it will ever happen.

Despite the setback of the fight being indefinitely postponed, Porter has been employing a disciplined mind and body approach throughout his training camp. Each meal is carefully planned in advance to coordinate with each workout and his workout routine is focused on achieving high-punch output in each and every round, as well as allowing him to endure punishment and stay fresh through an entire bout. 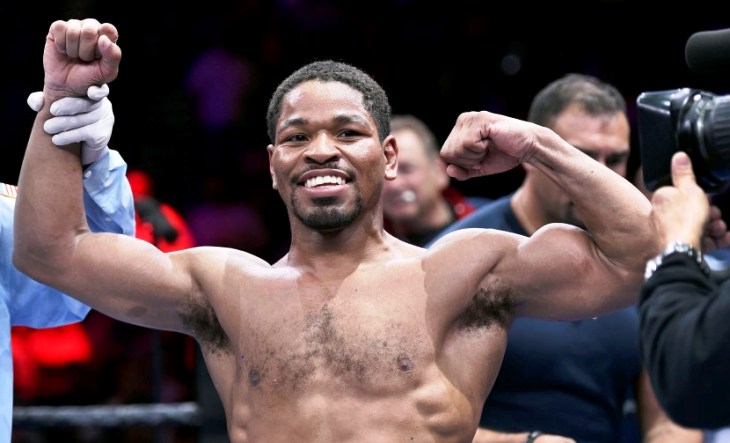 “Yesterday, I sparred eight rounds with two 170 pound guys. I then went on a four-mile run. At 6 pm, I had a swim workout. We did laps. We swam at 30-40 second intervals and then at 20 second intervals. It’s about doing it again, and again, and again. This makes you tougher mentally. It feels like you can get hit and keep going. When there’s 15 or 20 seconds to go in a round, you have more to give.”

Porter feels at his best during the championship causeway, when other fighters fade because their energy and stamina are used up. Outworking opponents is a key aspect of Porter’s success, as it was against Adrien Broner last June.

“You have to keep going. It’s an understanding that I can’t quit. I’m working hard for something. If there is anything that you want, you’ll do the unimaginable. It’s something inside of you that refuses to give up, or lose, or quit.”

Due to his non-stop training schedule, Porter is able to comfortably make the welterweight limit as a professional. Interestingly, as an amateur, Porter fought against current WBA middleweight titleholder Daniel Jacobs seven times, losing six.

“I fought as a middleweight as an amateur. I have to work hard to get down to 147. Jacobs was a very good boxer. I knew he was going to be something special as a pro.”

Keith “One Time” Thurman will be making the second defense of his crown against Porter, though the match is currently in question due to Thurman’s recent car accident. At this point the fight has not been rescheduled.

Porter offers an honest appraisal of what Thurman brings to the table. “He has good movement. He adjusts to his opponents. He has fought through adversity. A lot of people think it’s an evenly matched fight, but after three or four rounds, we’re going to separate. I think this fight is about doing the right things at the right time.”

Porter stresses that he learns from each and every fight by identifying weaknesses in his own game, which enables him to improve. He says that if he follows his game plan, he will be a two-time champion, regardless of what Thurman does.

“I have a lot of options for how I’m going to fight. I can move away from you and counter you at the same time. I can be aggressive, pressure him and make him uncomfortable. But I will keep him guessing. I want to take away all of his strengths in this fight.”

Porter’s experience sparring with Thurman has been invaluable. He feels that this will alleviate any fight-night surprises. He expects Thurman will initially engage in the center of the ring, but then spend most of his time in retreat.

“Thurman likes to be the bully and intimidate guys early. He doesn’t want the public to see him as a coward. I have to make the right pivots and moves in the ring. I want to put on a great fight, but if possible, I want to end it in one round. I need to go in and take that title from him.”

Porter believes body punching is key as it will allow him to score points, as well as wear down his opponent.

“When you hit someone hard to the body, it becomes a breathing issue, a pain issue. It triggers pain that goes to your legs and your arms and takes the energy out of your body. Body punching is important in our game plan.”

Kenny Porter, Shawn’s trainer and father, believes that his son’s many years of fighting against bigger opponents will be a distinct advantage when he faces Thurman.

“Shawn’s been working on beating tall guys his whole life,” says the elder Porter. “We take their height and reach and use it against them. When they throw, we feint and counter. We use our jab. We’ve been practicing for this since he was four or five years old.”

If Porter emerges victorious against Thurman, he is ready to take on all-comers and is interested in unifying the welterweight titles. Having lost the IBF version of the title to Kell Brook in 2014, Porter looks forward to a possible rematch, but he now has a healthy respect for “Special K.”

“I know him well. He is a strong fighter and a good champion. But we’ll win the next time we fight.”

However, Porter is not overly impressed with new WBC welterweight champion Danny Garcia and laments his lack of head movement. “He’s got speed and power but he’s a basic 1-2 boxer. Overall, he is a basic, good fighter. With me, you get feints.”

Perhaps surprisingly, Porter lists the highlight of his career as when he successfully defended his title against Paulie Malignaggi in his first defense. “I needed to get that win. Paulie is a great champion. I was able to use all of my strengths in that fight. I used my jab, went to the body, and hit him with my right hand. I am nothing without my jab.”

Before ending the interview, Porter wanted to make sure that his fans know how he feels about them. “The fans are a big reason why I do this. I want to thank everyone for their love and respect. I want people to see that I am always giving it my all and am focused and dedicated, ready to be in great fights. I want more than to be rich; I want to motivate.”                      — Thad Moore 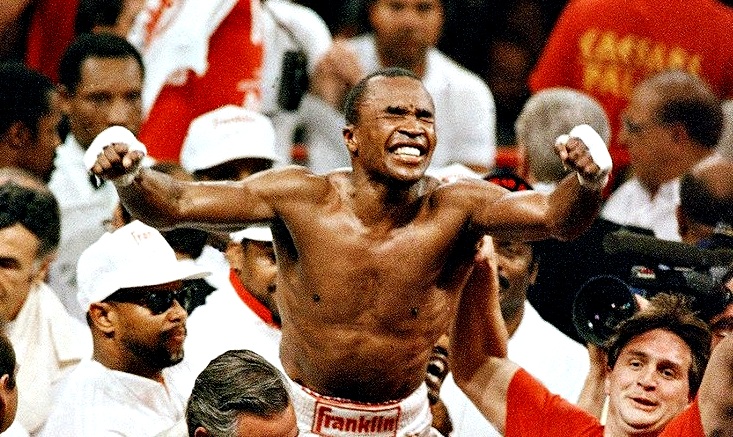 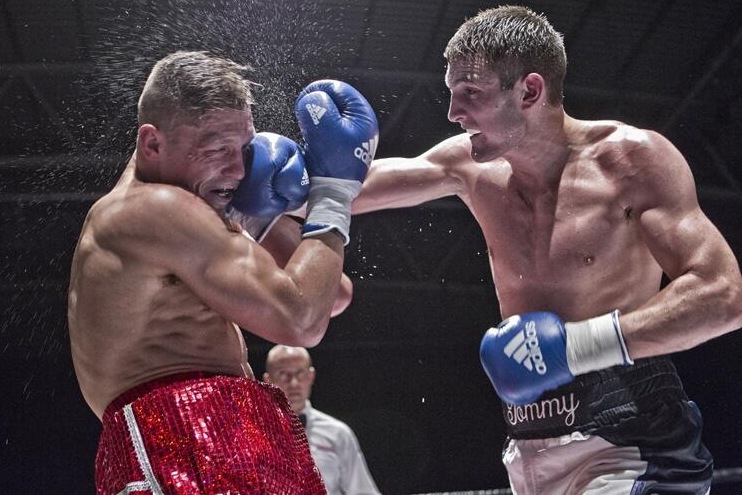 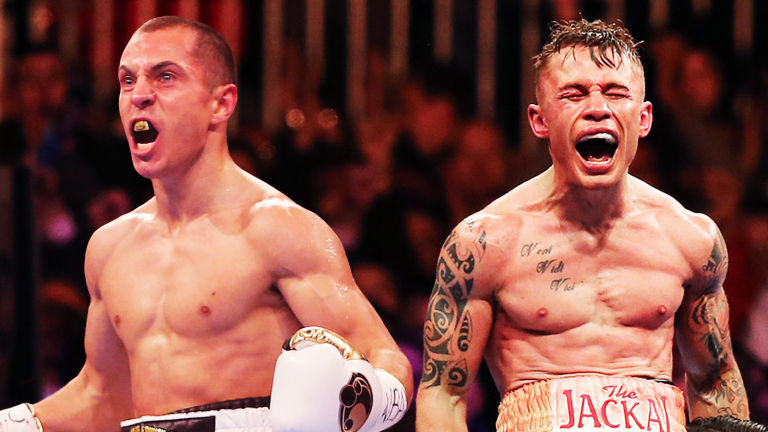 One thought on “Shawn Porter: “I Want To End It In One Round””