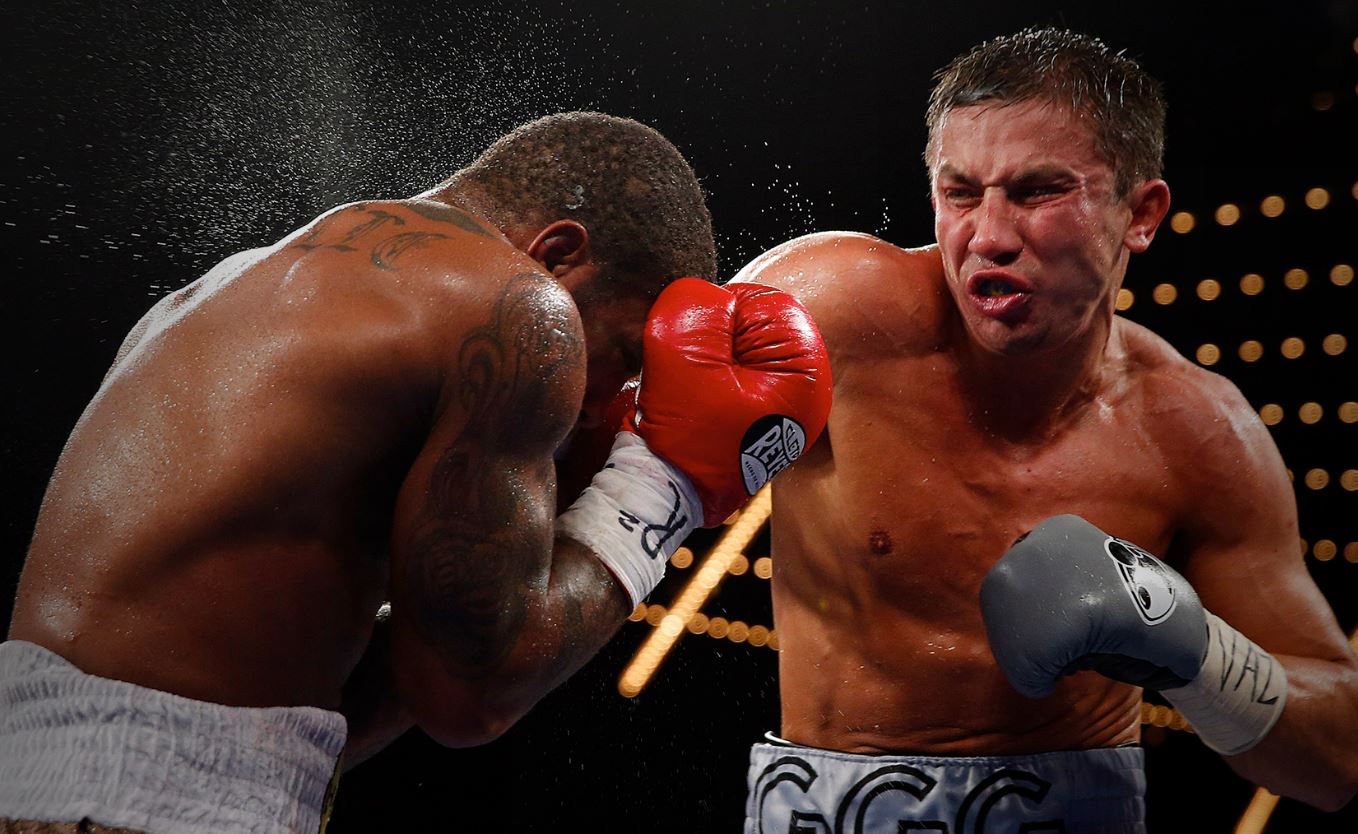 There’s something about Gennady Golovkin that not only inspires a sense of wonder in his ever-growing following, but was actually instrumental in amassing such following in the first place. It’s true his ring achievements—and the manner in which he attained them—are the reason a large portion of the boxing public deems him the most dangerous middleweight on the planet. But his exploits by themselves fall short when trying to account for the unique sort of connection that the Kazakh has established with the boxing fan base.

After all, Golovkin—with the language handicap, the unlikely country of origin (for a professional boxer), and his lack of a natural fan base—was as likely as any talented fighter of the current era to be relegated to perpetual B-side status. Like a high-school loser who only gets to go to the prom if some unlucky gal remains available on the eve of, chances were Gennady and his team would forever struggle to secure dancing partners, whether we’re talking about TV networks or credible opposition. The skewed risk/reward proposition his name represents would’ve been enough to keep most big names away from him, and thus, with no chance of appearing in big money fights, the networks would’ve had no incentive to coddle him.

However, Gennady’s team figured out a way to solve half of that equation by working on it backwards. The big names may continue to elude GGG, but the Kazakh middleweight has become regardless one of the flagship brands for HBO, the premier boxing cable network in North America. A busy fighting calendar and a savvy marketing plan, coupled with his talent and an ever-extending string of knockouts, earned Golovkin the full backing of The Network of Champions. HBO proudly broadcasts Gennady’s outings as a headliner, even against the likes of Willie Monroe—and is also deep pocketed enough to pay him $1.5 million for that fight, one that everyone not employed by or related to Monroe himself considered a mismatch.

Of course, HBO would never have become as invested in the Golovkin business if the audience numbers weren’t there to support the decision. And what we’ve witnessed in almost three years since the God of War made his North American debut with a savage beating of Grzegorz Proksa is nothing less than the conversion of nothing into something, the very same phenomenon that confounds physicists and high-priests alike. Very few North American fight fans had any idea who Golovkin was before that star-making performance of September 2012, but ever since, overlooking the occasional dip on the chart, GGG’s viewership numbers have climbed and climbed, with each new performance gaining him new fans and adding to his case as a can’t-miss attraction.

But upon a closer look, it’s remarkable how Golovkin and his team turned the very same liabilities that threatened to condemn him to pariah status into the very assets that have propelled his popularity even further than they could’ve imagined. To wit, an imperfect grasp of a foreign language usually renders speakers insecure and results in awkward conversations, but Golovkin’s limited dominance of English paints him—in the eyes of Anglophone fight fans at least—as a disarmingly earnest figure, albeit one who’s terrifyingly self-assured; an improved version of a T-101, giving up nothing in terms of brutality and efficiency while resembling a charming exchange student who would make a hell of a wingman at a singles bar.

The lack of a native fan base was similarly dealt with, through a very ingenious way of re-branding Golovkin’s signature fighting style as “Mexican Style”, something no fighter coming from a country with a boxing tradition could possibly dream of doing. It was a bold move from team GGG, but one which was fully embraced by a large portion of the Latino boxing market, aching as it is for new talents to cheer for.

His affability and his seemingly effortless integration into the North American boxing consciousness are also hugely responsible for the passionate way in which most of those familiar with Golovkin root for the guy regardless of who he’s fighting. Something which was never a foregone conclusion, since popularity and likeability—at least in boxing—are neither positively nor negatively correlated. Floyd Mayweather Jr. amassed most of his nest egg thanks to his stinging brand of antagonism, both manufactured and real. Then again, someone like Andre Ward—who’s recognized as both a great talent and a good guy outside the ring—struggles to put butts in seats, notwithstanding Jay-Z’s confidence in him as an investment.

Regardless, perhaps the greatest difference between Golovkin and other talented guys like Mayweather and Ward relies on their fighting styles, and this is also a key factor in terms of explaining how fight fans relate to these fighters. Mayweather and Ward are defensive wizards, cautious in their approach to the fight game, focusing on not getting hit before hitting. They like to neutralize opponents’ weapons before unleashing their own, and even once they get going, they’re not afraid to pull back at the slightest hint of trouble.

Golovkin, on the other hand, is never afraid to unleash his arsenal. His best defense is his offense, as his opponents usually find themselves too busy dealing with GGG’s fists to throw much of substance back at him. Whereas Mayweather and Ward react to their opponent’s will to dampen it, Golovkin asserts himself from the opening bell, seeking nothing else than to impose his own. Mayweather and Ward want to prove they’re so much smarter than you that beating you to a pulp would be to entirely miss the point; for Golovkin, beating the shit out of you is not the most important point to make inside a ring, it’s the only one.

At the end of the day, if you’re a fight fan living vicariously through your favourite fighter’s violent displays, Golovkin is a hell of an idol to attach your fantasies to. He’s a KO machine who speaks confidently about his superiority, but also never fails to chum up to his brutalized victims. And while Ward’s and Mayweather’s approach to fighting can be mesmerizing and even awesome to behold, it is not an endearing one.

That may be why defensive wizards in boxing are seldom embraced as popular champions; they belong on pedestals, museum pieces to be admired from afar. Meanwhile, a fighting style like Golovkin’s, because of the excitement, violence and even grotesqueness it entails, holds both mass appeal and a high re-watchability value. Defensive wizards put on clinics, and at peak exhilaration they can offer the equivalent of a chess-match; fighters like GGG are more prone to partaking in “Big Drama Shows”. Taking all this into account, it’s not hard to conclude which kind of fighter the average fan finds it easier to relate to.

Being a badass may not be sufficient to be an all-time great, but it certainly goes a long way towards making you a fan favourite. This explains Golovkin’s extraordinary growth in popularity and the amount of goodwill he has amassed in the boxing world. The hope is the Kazakh titlist, the uncrowned champion in the eyes of many, gets his chance to prove that all these factors are propping up not just a marketing creation, but in fact validate the talent of one of the best fighters of the current era. We’ll get to see that if ever the big names at 160 pounds stop giving him the runaround and actually heed his challenge.

In what could now be seen as a long and cunning play, Golovkin already laid waste to most of the top contenders in the division, which may help him corner the winner of the upcoming Miguel Cotto vs Canelo Alvarez fight into giving him his shot sooner rather than later. The fact that a showdown with fellow titlist David Lemieux has been agreed to for October is definitely a positive step for his career, since a victory would earn him a second belt and further strengthen his case as the man to beat at the weight. At the same time, victory over Lemieux would get him a lot closer to Cotto and Canelo. All those names would make for thrilling fights with GGG, who we can only imagine is anxious to prove to the world he truly is the undisputed king of the middleweights. Boxing fans surely hope the Kazakh terror gets his shot at supremacy, but whether or not he attains that lofty goal, we will be eagerly watching his every move.  –Rafael Garcia 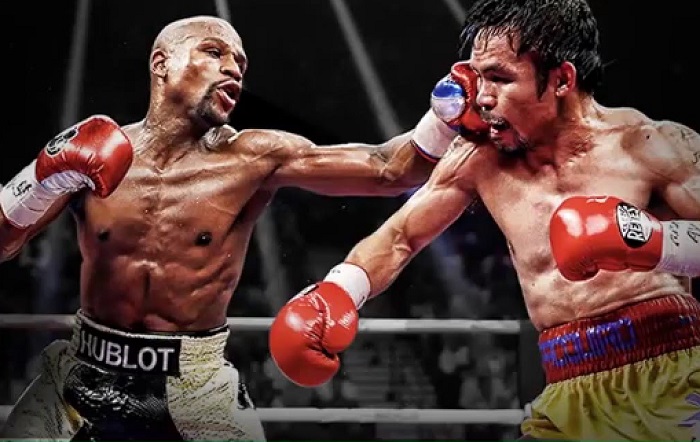 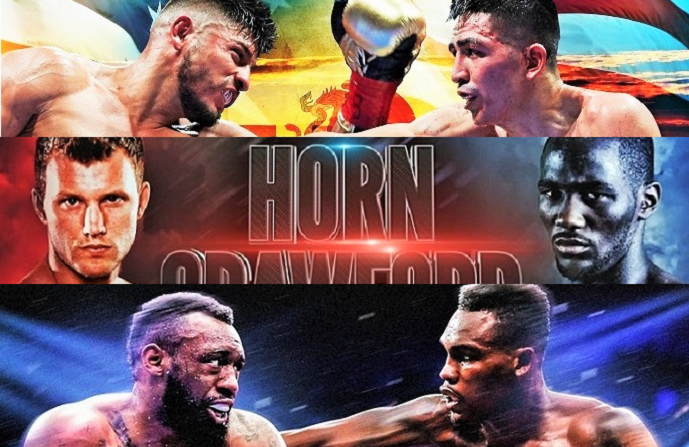 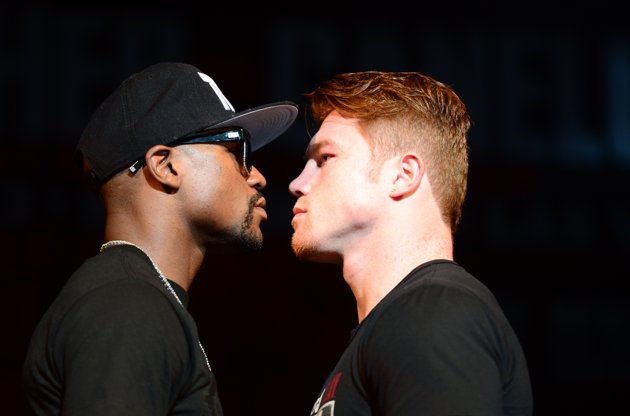