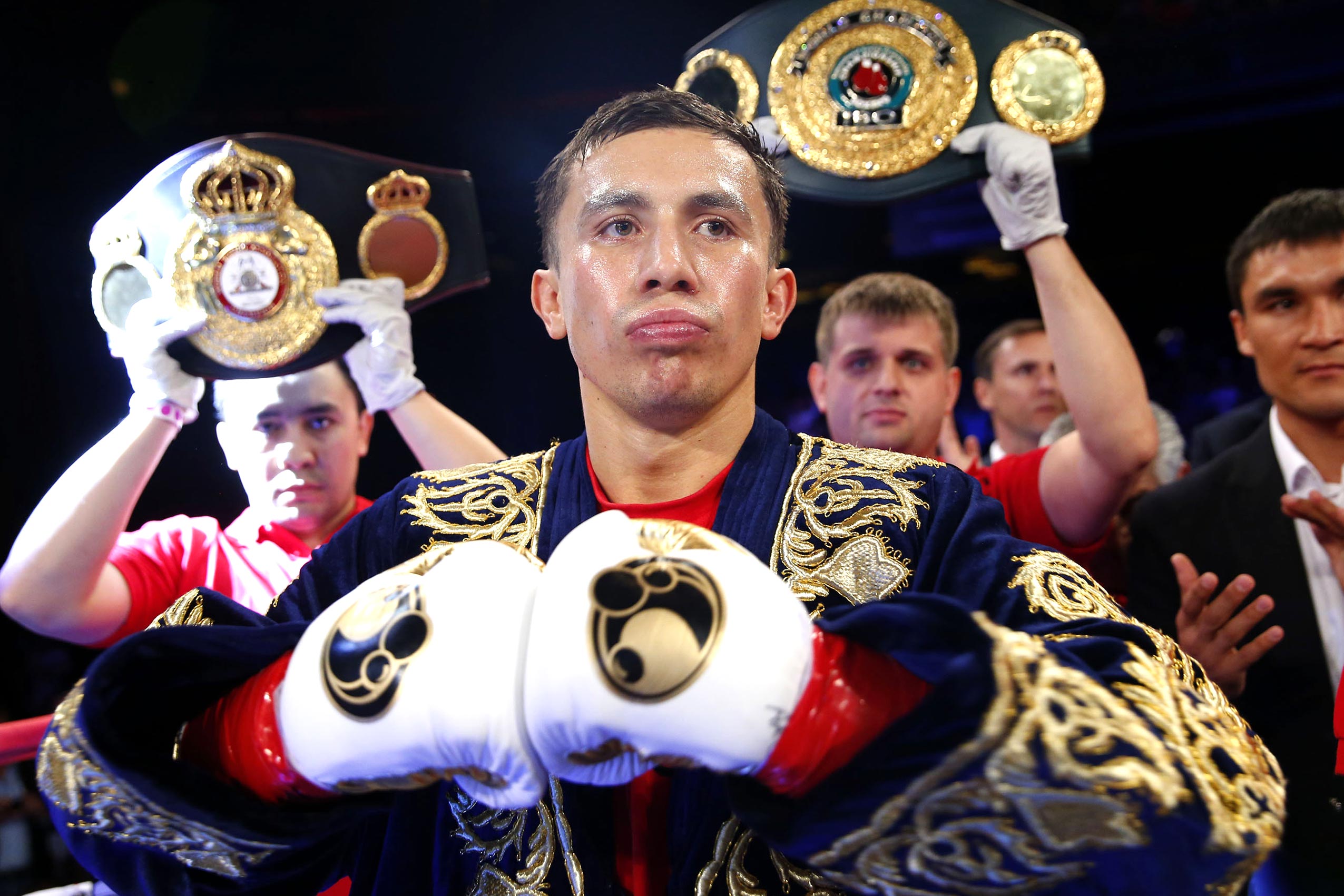 Mayweather-Pacquiao signaled a change of order in boxing, as the sport will need new stars to supplant Floyd and Manny as its biggest draws. Who will it be, and perhaps more importantly, how can it be done? Using a three-pronged rubric to break down a fighter’s capacity to ascend boxing’s mountain, we assess their potential to become the ‘next one’. In the first installment of ‘Creating the Next Cash Cow’, we look at Kazakh middleweight Gennady Golovkin:

Style and brand: Few fighters in boxing inspire the same universal reverence as Gennady ‘GGG’ Golovkin, the Kazakh middleweight who’s walked through his division with terrible efficiency. Golovkin fights to knock people out and he usually always does so. His last 19 opponents have been retired within the distance.

People frequently reference the ‘Tyson-like aura’ that cloaks Golovkin, and the comparison is apt in that Golovkin engenders the same inexorable sense of doom for his opponents. Unlike Tyson, Golovkin is more patient and predatory than outwardly aggressive. He takes longer to break opponents down, using his fine boxing skills to speed their demise: great footwork, subtle feints, and a vast repertoire of punches, most of which are carefully placed. Also, unlike Tyson Golovkin appears to live cleanly outside of the ring, so it’s difficult to foresee a career-derailing implosion.

Outside of the ring, the self-effacing, constantly-smiling ‘GGG’ delivers mangled English turns of phrase like “big drama show” (regarding his preference for action fights), and “he is good boy” (in relation to other fighters he likes). He’s a refreshing change from Floyd Mayweather, and Golovkin’s joy seems genuine, even if his endearing punch lines are likely just performativity at this point.

Keenly aware that action appeals to fans far more than caution, his promoter, Tom Loeffler, has wisely marketed ‘GGG’ as boxing’s new purveyor of excitement. Last fall he fought Marco Antonio Rubio at the Stubhub Center in California, in a fight labeled “Mexican Style”. Golovkin made good on the tagline’s promise by brazenly walking through Rubio. But murderous punching power is only one half of the ‘GGG’ brand; the other is likeability. In this sense he lives like a saint and moonlights as a killer.

External Variables: Unlike other foreign fighters who’ve become famous in the United States (Manny Pacquiao), Kazakhs are not a cultural force in the US. He comes from a place only hazily known to Americans as the home country of a foul-mannered and pervy fake television reporter. But Golovkin’s style is so appealing and his personality so congenial that he can transcend this barrier fairly easily. There is nothing ambiguous about someone who gets people out of there. He also has the advantage of being on HBO, which does everything in its power to bring him exposure, such as travelling to Monte Carlo, as they did in February, to broadcast a fight being held in front of less than 1000 fans.

The greater impediment to Golovkin’s success is the lack of available competition at 160 lbs. He’s dispatched of every one available, and in such a way that’s discouraged rematches. In his last bout, this February against England’s Martin Murray, Golovkin outboxed a capable fighter and then retired him in the 11th when his pressure simply became too overwhelming. Making it to the final bell against this man is a small miracle.

There is a lucrative fight at middleweight but it almost certainly won’t happen. Miguel Cotto is the lineal champion 160lbs, but he’d rather jump from the George Washington Bridge than face ‘GGG.’ Andy Lee, the courageous WBO middleweight champ and Golovkin’s stylistic dream, spoke about wanting to fight him, and would probably do so free of fear. I would love to see it, and while ‘GGG’ would probably take this bout (after all, he’s fighting Willie Monroe this month), beating Andy Lee or even Peter Quillin won’t make him a superstar. He must look outside of his division.

Matchmaking: An opportunity was lost when Julio Cesar Chavez Jr. recently crumbled against Andrezj Fonfara, for Chavez—with his massive following and questionable skills—would have been a terrific mark for Golovkin to leverage for his popularity. Unfortunately, Golovkin-Chavez is no longer palatable, which is unfortunate given the dual purposes it would have served: increased exposure for the sport’s most dynamic fighter, and a tough assignment for Chavez, whose rise in boxing was eased by his name, poor competition, and his propensity to be a weight bully.

This week Golovkin said his dream opponent is Floyd Mayweather.  Tom Loeffler said ‘GGG’ will fight everyone from 154 to 168, so this hypothetical match would take place at Jr. middleweight—the halfway point between their natural weights. Of course, this will never happen because Mayweather—the matchmaker par excellence among fighters—would never tempt such a potentially devastating loss. Meanwhile, the other name he’s been tied to, Andre Ward, is only now getting into the ring after a long layoff, against the little known Paul Smith in a tune-up fight this June. A bout with Ward would be popular among boxing fans, given their shared excellence and our desire to see both in a difficult fight. But, though Ward is a fine boxer and would be a feather in GGG’s cap, he has very little star power. Golovkin has to look elsewhere.

Potential: The most obvious way by which Golovkin can grow his reputation is by fighting Canelo Alvarez, the young Mexican who enjoys one of boxing’s most rabid fanbases. Today, Alvarez’s popularity is the highest it’s ever been, having destroyed James Kirkland in front of 40,000 fans last night at Minute Maid Park. The shot callers at K2 should be make an immediate call to Canelo’s people.

Alvarez is a junior middleweight but he has a naturally bigger body that would probably fit comfortably at 160 lbs (for the purpose of appeasing Alvarez’s team, they could even fight at a catchweight). He’s also fearless. While Canelo’s handlers might be hesitant to put him in with ‘GGG’, Alvarez told Max Kellerman last night he’d fight the Kazakh. He’s earned the respect of boxing pundits for his willingness to fight anyone, perhaps because he’s indifferent to the idiotic contemporary stigma that attends having a loss. The only wrinkle is that his next fight may come against Miguel Cotto, who his handlers would probably rather have him face first. That might be an even money fight, and one Loeffler certainly wouldn’t want Alvarez to lose, for obvious reasons.

It’s incumbent on Loeffler to make it happen. Ideally it would come soon, but perhaps it’s more realistic to stage it within the next year and a half. Golovkin is 33, and while boxers are fighting longer today ‘GGG’ must maximize his earning power right now. He has everything a fighter needs to succeed, save for good divisional competition. While there are decent fights at 160, the only great one, i.e. marketable to the masses and legitimate as a résumé builder, will come against Canelo. If they do meet Golovkin should win, and he would do so in front of an unprecedented audience. He can’t let himself become victim to his division’s mediocrity. “Mexican Style” worked for him once. Why stray from the beaten path? 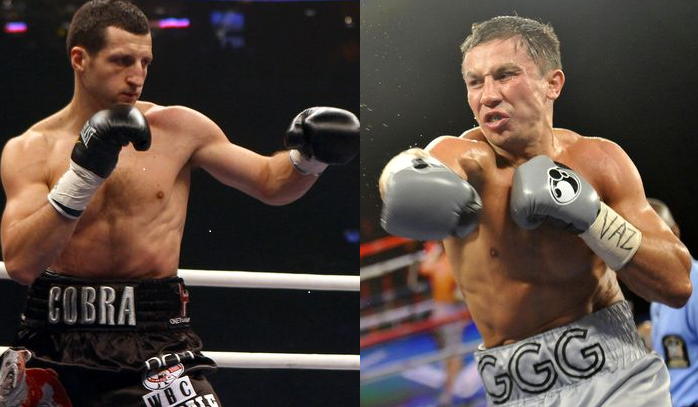 Will The Cobra Rush In Where Cotto Fears To Tread? 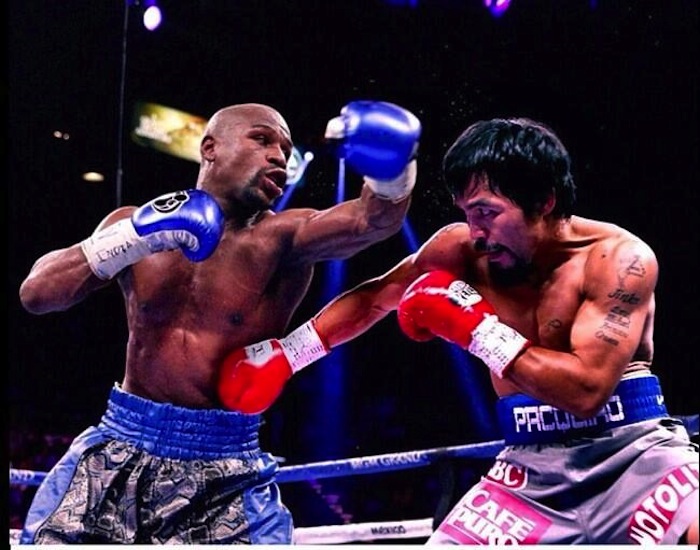