It appears increasingly likely that there will never be a clash between the two best welterweights in the world, Errol Spence Jr. and Terence “Bud” Crawford, and that’s a lowdown dirty shame. Following his defeat to David Benavidez due to one of the worst eyebrow cuts I’ve ever seen, Anthony Dirrell said that boxing is on the comeback trail from being eclipsed by the UFC. He’s right, at least from a financial standpoint. And I’m glad of that, but recent developments in the talent-laden welterweight division make me wonder what is going on when the PBC people are deciding which matches to make. Are championship fights in 21st century boxing made on the basis of which boxers have earned their opportunities, or is it about money and nothing more?

Today it seems that the promoters are all about the Benjamins and putting on fights that pit the best against the best for ring supremacy is a low priority. That’s a lowdown dirty shame, and I’ll tell you why and you’ll probably agree with me, but first some words on what could be 2019’s Fight Of The Year, Spence vs Porter.

Saturday night’s showdown between quiet and cerebral “Hands Down, Man Down” Errol Spence and super-brawler Shawn “Showtime” Porter was a battle between a young man on the way up who might become the one-and-only undisputed welterweight king, and a gatekeeper whose goal was to stop that from happening. There was action from first bell to last, all twelve rounds, and if Spence hadn’t dropped Porter with a big left hook this action-packed duel could have been called a draw.

Let me just say that Spence vs Porter was one of the most entertaining fights of the year, which I scored 116-111, the same as did the two judges who called the bout, correctly, for Errol Spence. And in fact I saw this coming, but my editor here at The Fight City cut the part in my contribution to our Spence-Porter picks (which, admittedly, was too lengthy so cuts were in order) that predicted this would be an all-action battle from bell to bell. I anticipated it would be the toughest fight of Errol Spence’s career and a contender for Fight of the Year. Contender? Hell to the no! For my money, it is, without a doubt, 2019’s Fight of the Year, hands down, man down, pun intended.

So now Spence will move on to a mega-fight with the man who is, in my opinion, the best pound-for-pound boxer on the planet, Terence Crawford, to unify the title, though likely after what seems to be an obligatory big-bucks fight with the aging but clearly game Manny Pacquiao, aka Keith Thurman’s daddy. Am I right, y’all?

Well, my sources tell me “pump the brakes,” because a Spence vs Crawford fight just ain’t happenin’. And that’s according to no less a personage in the Spence camp than head trainer Derek James, who told boxing writer Dylan Hernandez the day before the fight: “[Spence vs Crawford is] not even a conversation . . . he doesn’t sell [and] that’s why you shouldn’t talk about the fight.”

How can that be? Spence vs Crawford isn’t just the best match-up in the welterweight division, it’s probably the best fight in all of boxing right now, but it ain’t gonna happen and let me tell you why. Simple: no one wants to fight “Bud” Crawford. Because he’s dangerous and there’s no way Al Haymon wants one of his prize welterweights messing with him and screwing up all of Haymon’s big plans. So Derek James was saying the right thing to the press, politically, being pretty much a sock-puppet for his boss Mr. Haymon. The bottom line is Spence is a PBC fighter and Crawford is not and a big unification showdown isn’t a priority for Haymon, despite the fact it would be tremendous for boxing. End of story.

Spence himself in the pre-fight hoopla stated he wants his next match to be a let’s-go-for-the-money match with the aging Manny Pacquiao, who is as big a pay-per-view draw as ever coming off his dismantling of Mr. “One Time” Keith Thurman. Now no one can blame Spence for going for the money, but even if he doesn’t fight Pac Man next, it is now an established fact that Spence’s next opponent will not be Terence Crawford. It could be Danny Garcia; it could be Manny Pacquiao. Hell, it could be Canelo Alvarez or Deontay Wilder, because right now it looks like those fights would be more likely to happen than the one boxing fans around the world actually want to see: Spence vs Crawford.

Yes, Spence seemed to give a directive to Haymon, seemingly saying he would take on anyone, when he stated, “Bring them to me so I can knock them out!” And prior to that he did ever-so-slightly allude to Crawford at the end of a list of possible opponents. But we know that talk is cheap and that’s all that was. We all must face the dispiriting truth, pun intended: the best fight in boxing may in fact never happen.

Tellingly, when asked which was more important to him, carving his name in the pages of boxing history as a truly great fighter or making big money, Spence was coy, saying he wants both. “History can remember me and me be dead broke,” he said. “I want to leave this game with my brain intact and money in my pocket.” And trainer James gave his take: “No promoter promotes the fight for legacy. Promoters promote fights to make money. The fight has to be worth more. Until that, it’s not even worth talking about.”

It seems Derek James is effectively Haymon’s mouthpiece at this point and so it comes down to a risk vs reward calculation and to hell with the best vs the best. And when you add in the complications of two different promoters and two different networks, plus a history of bad blood between Arum and Haymon, well, it does all appear to be too much to overcome. Too many different interests involved, too many egos, too many, as Tony Soprano might say, “beaks needing to be made wet.”

Meanwhile Crawford’s career seems to be going nowhere fast. I saw him do an interview recently and he looked like he wanted to cry as he talked about how he can’t get a fight and he doesn’t understand why. My heart went out to the young man. And, as you might expect, there is speculation that Crawford might be ripe for poaching away from Arum, might even jump from the Top Rank ship to join all the other talent in the PBC stable. No one should be shocked if it happens.

Some say that boxing is looking more like professional wrestling, where the show isn’t real, but the fans don’t care. Prizefighting is beginning to look more and more like the promoters and networks cash cow and less and less like a real sport. Why else would you have people in the fight game actually telling the media to not talk about the match fans most want to see? To hell with money and risk vs reward: Spence vs Crawford represents the best vs the best for history, for legacy, for giving something back to the sport that has made these guys millionaires.

But what it comes down to is a Crawford vs Spence fight is too dangerous for Haymon’s big money plans because the fact is Crawford represents the most formidable challenge out there, the one guy who has a very good chance of taking Spence’s straps and standing alone on top of the 147 pound mountain. So instead of a historic showdown we’re going to get the Errol Spence gravy train for all the PBC welterweights. A nice fat payday for Mikey Garcia; then one for Shawn Porter; now one for Danny Garcia; then some extra millions for Manny Pacquiao. And of course Haymon and company get their own juicy slices of those pay-per-view pies. And all the money and action stays with the house and the house fighters and Spence vs Crawford? “It’s not worth talking about. You shouldn’t talk about that fight.”

As I say, I think that’s a shame, but what do I know? I’m just an old man who remembers when boxing was as much about the best fighting the best, about glory and history, as it was about making money. Sometimes it seems like the “good old days” really were better. Maybe, maybe not. But one thing I do know: boxing fans a couple decades ago got to see top welterweights Oscar De La Hoya and Sugar Shane Mosley go to war. And before that they saw Sugar Ray Leonard do battle with Roberto Duran and Thomas Hearns. Those were the obvious fights to make, best vs best, so they got made, for the good of the sport. Now we’re told we shouldn’t even talk about Spence vs Crawford. And that’s a lowdown dirty shame.                  — Ralph M. Semien 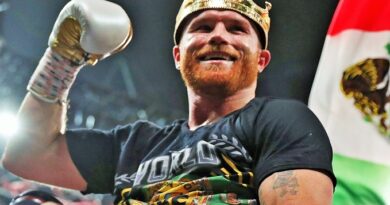 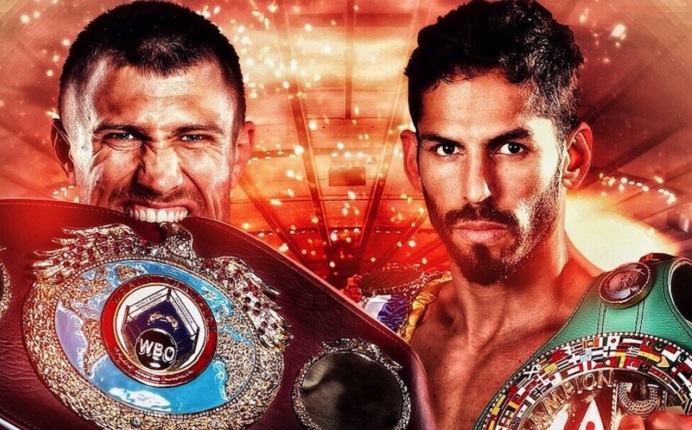 One thought on “A Lowdown Dirty Shame”