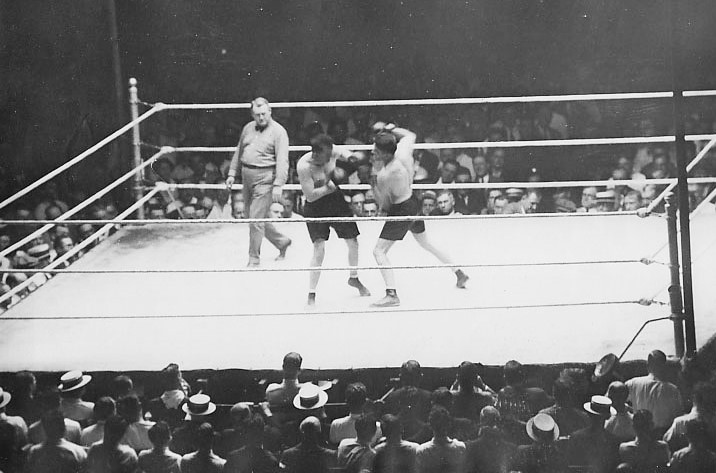 By 1924, Gene Tunney, to the incredulity of American sports fans, had begun openly campaigning for a chance to face the heavyweight champion of the world, Jack Dempsey. Tunney reigned as the light-heavyweight champion of America and held an impressive record of 58 wins against only one loss, but it hardly mattered. He could have had twice as many victories, a couple more championship belts, and a revolver in his boxing trunks, and still no one would have given him a snowball’s chance in hell to defeat “The Manassa Mauler.”

World champion for five years, Dempsey had assumed the proportions of a living legend. He was the biggest name in sports, even bigger than Babe Ruth, and as a result there existed no serious challenger for him to fight. (Aside, that is, from the great black heavyweights of the day, most notably Harry Wills, but Jack Johnson’s anarchic reign as heavyweight champion had eliminated all support for a black title challenger, no matter how deserving.) Having demolished Luis Firpo the year before in one of the most thrilling contests in boxing history, Dempsey was now content to capitalize on his massive popularity with commercial endorsements and appearances on stage and screen, earning good money from his fame while the boxing world searched without success for a worthy and appealing adversary.

That “The Fighting Marine” could be that foe was an idea without merit prior to June 1925, though this had more to do with the public’s rather elevated regard for Dempsey than Tunney’s abilities, or lack thereof. In fact Tunney was a highly intelligent and gifted boxer who had come a long way since his high profile defeat to Harry Greb three years previous.

However, that particular match had made an indelible impression when Gene took a vicious thrashing from “The Smoke City Wildcat.” With his nose broken and blood pouring from cuts on his lips and above both eyes, Tunney displayed the kind of courage few had thought he possessed, but the gory battering did nothing to convince people he represented a threat to Dempsey. Since then he had embarked on an impressive run, some twenty victories, including a high-profile decision over Georges Carpentier and three big wins against Greb. Still, a Dempsey vs Tunney fight remained a very hard sell.

This made Tunney’s bout with Tommy Gibbons in New York a crucial contest. Aside from being one of the top contenders, Gibbons held the distinction of being the only man to survive the fifteen round distance with Dempsey in their infamous 1923 bout which bankrupted the town of Shelby, Montana. The crafty Gibbons never came close to winning, but so high was Dempsey’s stature that going the route with “The Manassa Mauler” qualified one for universal respect. Additionally, the talented Gibbons had reeled off eleven straight victories since that contest, including big wins over Carpentier and Kid Norfolk.

The high-stakes nature of Tunney vs Gibbons was not lost on New York sports fans and a huge crowd flooded the Polo Grounds to see Tunney demonstrate the kind of strength and power few thought he could muster. Everyone knew he was a skilled boxer, so no one was particularly shocked about his superior hand speed and timing, nor the fact he set a pace which Gibbons could not manage. But to see him trade punches and win most of the exchanges with the same battler who had proven his worth against the great Dempsey was something of a revelation.

The fight itself, while a spirited and entertaining affair, was not exactly high drama. As the rounds sped by it was clear to all that the better man that night was Tunney and the only question was whether he could do what Dempsey could not: get the job done before the final bell.

“The Fighting Marine” appeared to have the same query on his mind. In the tenth he picked up the pace, slamming home a series of jolting rights which altered the tenor of the fight. Now Tunney was hurting Gibbons with every good shot he landed and a competitive contest quickly turned into a rout. In round twelve Tunney chased a weary Gibbons about the ring before flooring him with a heavy right cross. The younger of the famous Gibbons brothers rose, only to be hammered back down by two more flush rights and this time he did not beat the count.

At long last, Jack Dempsey had a legitimate opponent, a skilled, determined boxer good enough to knock out a man whom Dempsey had merely outpointed. Despite Tunney’s big win, almost no one gave him a chance to actually defeat the champion, but at least the public would finally have a new opportunity to see Dempsey in action. The following year over a hundred thousand jammed the stands of Sesquicentennial Stadium in Philadelphia to see Tunney take his shot against a living legend. As we all know now, everyone was in for a big surprise. 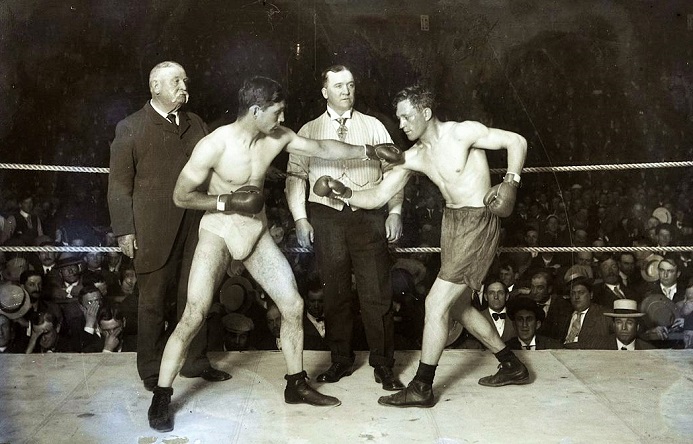 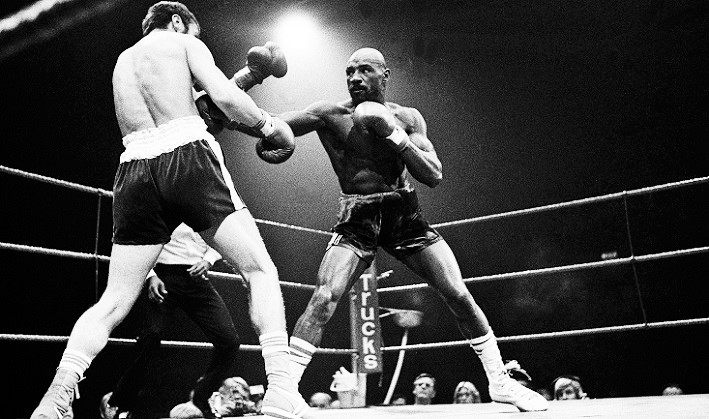 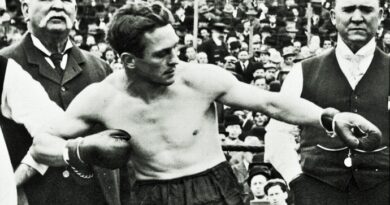