After months of procrastination, the long negotiated, eagerly awaited rematch between Canelo Alvarez and Gennady Golovkin has finally become official. The Mexican and the Kazakh will meet up for a second time this Cinco de Mayo to try and settle their unfinished business. The match is a welcome addition to a 2018 calendar that is slowly but surely becoming a worthy follower to a remarkable 2017.

But as is often the case in boxing, there’s more to #CaneloGGG2 than meets the eye. Reaction in social media following the fight’s announcement was mixed, to say the least. Many welcomed the announcement of what is, in fact, a meeting between two of the best current middleweights, and two of the best active prizefighters on the planet. However, the last time Alvarez and Golovkin met, the inconclusive and controversial nature of the outcome soured the event for many, and many fight fans reacted in kind to the announcement of the rematch.

So what are we to make of this? What follows is an attempt to place this rematch in its proper context, and to determine what the second go-around means to its participants, to the middleweight division, and to the sport of boxing at large. Let’s get to it.

Where will it land, and why does it matter?
There’s no definite site for Canelo vs Golovkin II at the moment. The official word is the promoters are still negotiating with possible venues, but they’d rather make the bout official now in order to start promoting it. The truth is, the promoters are likely pitting the different venues against each other trying to get them to fork out the largest site fee possible for the event. According to different sources, the front runners are Madison Square Garden in New York City, and the T-Mobile Arena in Las Vegas. But if you follow the business side of boxing at all, you know events of this magnitude are the very lifeblood of Vegas, so odds are Sin City will host Canelo and Triple G once again.

Why does this matter to anyone other than those who will actually attend the event? Going by reactions in social media, if the rematch happens in Vegas, the likelihood of getting a controversial decision increases significantly. Lest we forget, Adalaide Byrd almost single-handedly ruined what should’ve been boxing’s brightest night of last year, as she penned a hilariously wide scorecard for Canelo Alvarez—the sport’s premier money printer at the moment.

It’s not an airtight argument, but it’s close enough; the bad news is money follows its own rules, and everyone is susceptible to its allure. This means that, short of Canelo vs Golovkin II being staged in Kazakhstan, the Mexican is and will remain the A-side of this rivalry. What everyone should focus on—especially Golovkin’s promoter, Tom Loeffler—is in making sure that competent, veteran judges with no history of biased scoring are selected for Cinco de Mayo. Or whatever comes closest to that.

Who will win it?
The first Canelo vs Golovkin fight was not a great fight, but it was a very good one with plenty of exchanges and enough momentum shifts to keep everyone entertained. By the end of the night most people had Golovkin winning the fight by at least a couple of rounds, based on the Kazakh’s nonstop pressure and higher activity level, while a smaller contingent had Canelo ahead by a close margin, thanks to the redhead’s accurate counters and flashy combinations.

Considering that in terms of skills and assets the Mexican and the Kazakh proved to be pretty evenly matched, and taking into account the fact Canelo and Golovkin are heading straight into the rematch, there’s little reason to think the return will show us something radically different from what we saw in their first encounter. However, if there’s an argument to be made that things will be different in the second fight, it has to do with the fact that Triple G will be 36 years old by the time he steps into the ring on Cinco de Mayo, while Canelo will be 27. It’s a certainty at this point that Golovkin’s best days as a fighter are behind him, while Canelo is still in his prime.

Moreover, over the last six years or so, Golovkin has relied on constant ring activity to stay sharp and dangerous. Up until 2015, the Kazakh was used to fighting three or four times per year. But in 2016 and 2017 he fought only twice per year. There’s also the fact that by the time Golovkin steps between the ropes in May, he will have spent almost nine months outside of the ring, the longest layoff he’s had since 2010. While a long layoff can have positive effects, allowing a fighter’s body to rest and recover, there’s also a risk it results in sluggishness and ring rust, especially for older fighters. If Golovkin’s relatively advanced age worked in Canelo’s favor to an extent in their first fight, that same factor could prove much more significant in the rematch.

Is the winner truly the best pound for pound? Or even the best middleweight?
For those keeping score, Ring Magazine has Golovkin as their no. 1 pound for pound fighter in the world, and Canelo as their no. 5. Whatever you may think of those specific rankings, there’s no doubt Canelo and Triple GGG are two of the best active prize fighters right now. Therefore, if Canelo vs Golovkin II yields a clear outcome, many will likely recognize the victor as the best active prizefighter in the world. Given that no other pound for pound talent has really separated himself from the pack ever since Chocolatito Gonzalez lost his spot at the top of the list, the winner on Cinco de Mayo may have a more legitimate claim to it than anyone else.

Perhaps more important is the fact that if either Canelo or Golovkin earn a convincing win in May, the middleweight mess that began when a one-legged Sergio Martinez lost the crown to Miguel Cotto will at long last have reached a satisfying conclusion, with all the titles and belts–save one, that of Billy Joe Saunders–in the hands of a single fighter. Nonetheless, a clear victory will grant either the Mexican or the Kazakh the right to call himself the best middleweight in the world.

Will we get a trilogy? Do we even want one?
If a couple of prizefighters are going to throw down for more than two fights, they usually have to rely on something more than just shady officiating to sell the rivalry, Manny Pacquiao vs Timothy Bradley being the exception that proves the rule. Thinking of great multi-fight rivalries–Ali vs Frazier, Robinson vs LaMotta, Pacquiao vs Marquez, Morales vs Barrera–it’s evident that what they all have in common is that fans can’t get enough of them. Given the chance, we’d watch those pairings punch each other until their arms fell off and never for a single second would we feel anything other than unadulterated joy.

If Canelo vs Golovkin II yields anything resembling the first fight, it’s very likely we’ll see a rubber match sometime down the line; Oscar de la Hoya has acknowledged as much in recent interviews. But the first fight wasn’t even good enough to overshadow Byrd’s scorecard, so unless both the Mexican and the Kazakh show in the rematch that they’re willing to give more in order to prove their superiority, a third meeting could be a tough sell. As it is, the announcement of the rematch was already countered by a hefty dose of cynicism from a not small subset of fight fans, and with good reason. Before us fans sign up for Act III, Canelo and Triple G will have to sell it to us with their deeds in the ring on Cinco de Mayo. 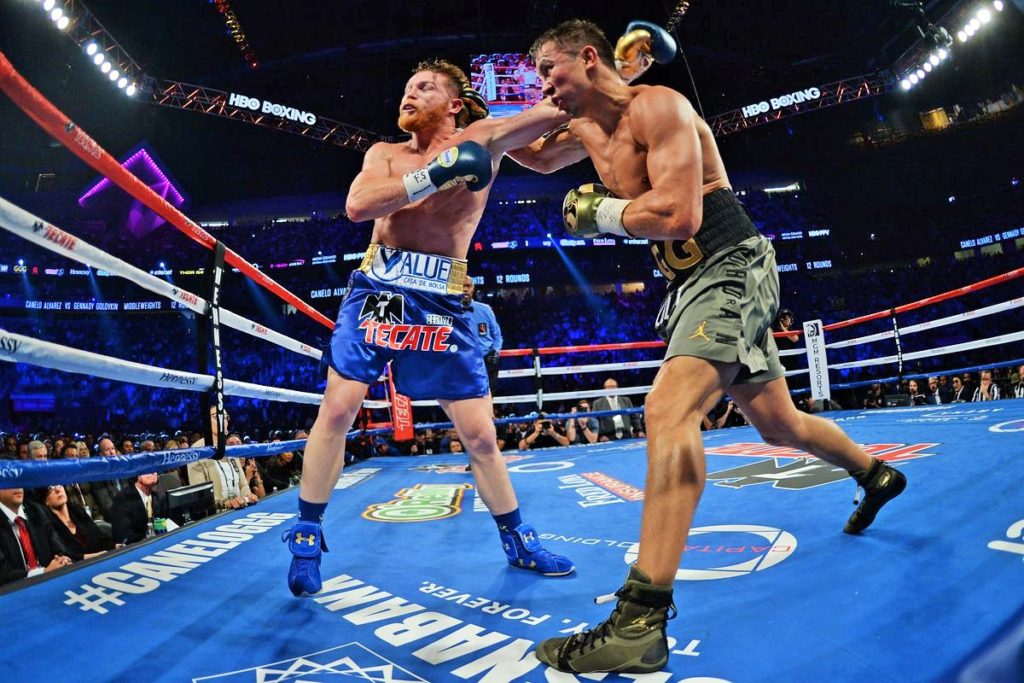 How happy should we be right now?
That being said, let’s not forget the fact that Canelo vs Golovkin II is a very big deal not only for the middleweight division, but for boxing in general. It pits two elite stars who, while they took a couple of years to come together, are now delivering back-to-back encounters. It’s true their first clash wasn’t a classic or a firefight, but it was a well-contested match featuring enough action to satisfy both the purists and the bloodthirsty. And if the draw was seen as unfair by many, it’s not outlandish to speculate that, had the decision gone Golovkin’s way, Canelo’s team would’ve almost certainly pushed for an immediate rematch anyway, after having seen that the Mexican could indeed compete with the Kazakh.

The best part of all this is that the second fight between Saul and Gennady has the potential to yield an even more memorable encounter than their first. The judging shenanigans were a bit too on the nose to claim there was a fix; they speak more of incompetence than anything else. But if anything good is going to come out of them, it’s the fact that both Canelo and Golovkin are surely more determined than before to prove they’re the better fighter. That’s nothing but good news to fight fans looking for a good fight. So yeah, it’s okay if you’re feeling pretty freaking happy right now. 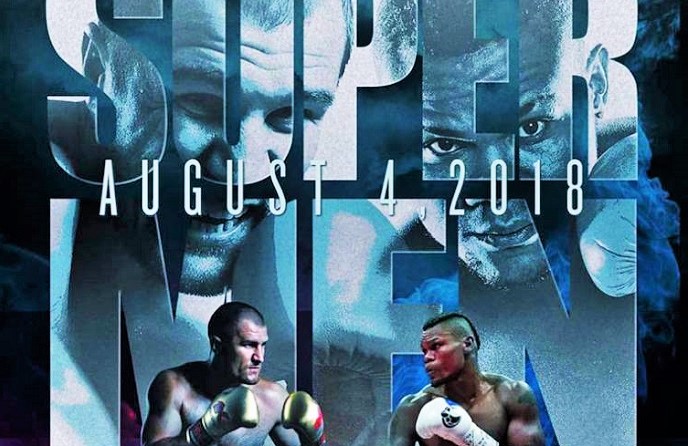 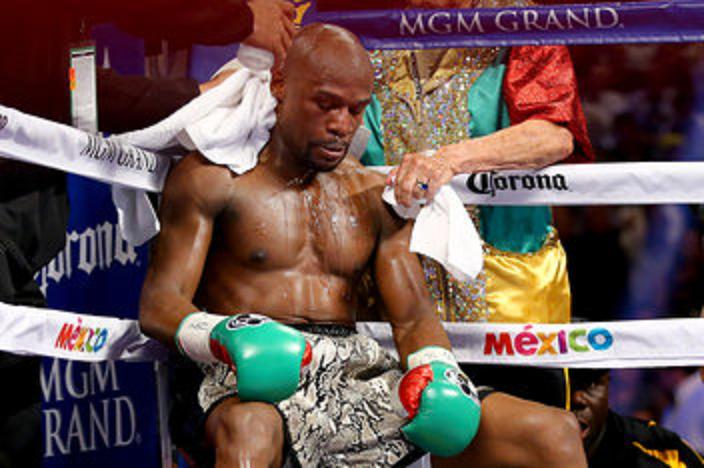 From Bad To Worse

One thought on “Canelo vs GGG II Is Officially Set: Are We Happy Now?”