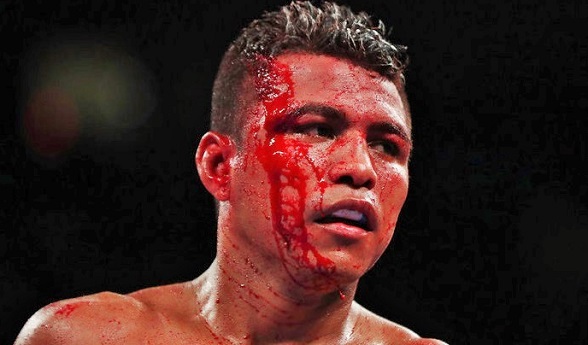 Allegedly, 60% of Roman Gonzalez is plain water, just like the rest of us. It begs the question: does that leave enough room in his compact 5’3″ frame for all the blood and guts and skill and sheer will that spilled out of him and spread all over Madison Square Garden’s pristine canvas on Saturday night?

And where does that leave his dancing partner, Srisaket Sor Rungvisai? The Thai stood opposite the pint-sized pound-for-pound king from Nicaragua, and not only withstood the onslaught Roman poured on, but actually fought back well enough to eke out a controversial majority decision from the judges sitting ringside.

In boxing “controversial” is a euphemism for “fucked up,” but honestly, who gives a crap. Don’t let the official outcome, as off the mark as it was, detract from Gonzalez vs Sor Rungvisai being one hell of a battle, a throwback fight, the kind of contest boxing used to feature consistently in its heyday, with a top contender testing a proven champion’s skill and mettle in every way. Many, if not most, anticipated something very different, the match largely viewed as a tune-up for Gonzalez. Instead boxing’s pound-for-pound king just starred in a bloody, gory Fight of the Year candidate against a tough-as-nails opponent at least one full division above his optimal weight.

In fact, Gonzalez vs Sor Rungvisai serves as a timely and stark rebuttal to the position held by those, like my friend Robert Portis, who see the boxing landscape almost entirely populated by shrewd investment bankers and cherry-pickers, with nary an old-school warrior in sight.

Come to think of it, it’s disturbing that Roman would have his street cred questioned going into the Sor Rungvisai fight, let alone after his first official and rather questionable defeat, especially in light of the fact even Chocolatito’s stay-busy fights are dangerous by pretty much every other champion’s standards. This is no doubt a product of so many people not paying much attention to anything happening below featherweight, and failing to give the smaller men their due. At least in North America, Roman “Chocolatito” Gonzalez is the one high-profile name south of 120 pounds, and thus almost all his opponents seem obscure.

To those unfamiliar with the lower divisions, Sor Rungvisai fit the bill of obscure opposition to a T, and many expected an easy night out for Roman. Some even waved a dismissive hand at the match-up. He should’ve fought Cuadras again, they said. Or Estrada. Or Inoue. These complaints coming after Gonzalez won a world title in a fourth weight division in a barnburner this past September. Chocolatito’s reward for the hard-won Cuadras victory was the Sor Rungvisai fight, supposedly a soft touch, though more than a few boxing nerds foresaw that the Thai was anything but. 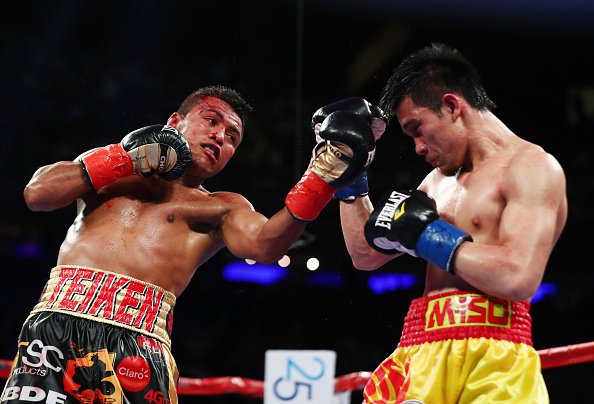 Even leaving the wonky verdict aside, look again at what happened in the ring on Saturday night, and you’ll find that in the lower weight classes, the fact you’ve never heard a fighter’s name, or can’t pronounce it, doesn’t mean he can’t bring it. Look at the effort, endurance, and sheer cojones Sor Rungvisai showed in trading tit-for-tat with arguably the greatest offensive force in boxing today, even dropping him cleanly with a body shot in the first round, and tell me again that this guy didn’t belong in the same ring with Gonzalez.

And look as well at the mix of bravery, composure, and ring IQ Gonzalez displayed in dealing with his bigger opponent, enduring multiple headbutts, with a couple of cuts spouting crimson directly into his eyes. Roman’s fiery determination coupled with his astonishing offensive capabilities kept him in the fight, and made many think him the winner of the contest. You have to go back to the old days of boxing to find elite champions at or near their prime enduring such hardship in a ring. That is not a coincidence: Roman Gonzalez is a champion in the mould of the greats, and in a tough night where several breaks went the wrong way–the headbutts, the decision, the referee and ringside doctor letting the fight go on despite the gruesome cuts–he saw his 0 go. Where’s the shame in that?

More to the point, how could we hold such a defeat against a fighter who has tested himself continuously ever since he first lifted a title belt almost nine years ago? No soft touches, no tune ups, no long layoffs. At only 29 years  of age, Roman has already forged a Hall of Fame career, and taken no shortcuts in doing so. But what really should sting us as fight fans is that his accomplishments in the ring and the thrills he has generated exceed by an embarrassingly large margin the fame and riches he has accrued, all because he happens to bear the dimensions of your average jockey.

As a quick comparison, the headliners of Saturday’s card earned over two million dollars each for their efforts, while Roman is still cashing six-figure checks. Even after Saturday’s fights, mostly everyone agrees that pound-for-pound, Chocolatito is a better pugilist than both Gennady Golovkin and Daniel Jacobs. But what is even more impressive is that Chocolatito, unlike Golovkin and Jacobs (or unlike Danny Garcia and Keith Thurman a couple of weeks ago, or Floyd Mayweather and Manny Pacquiao in 2015, or almost any other couple of main event participants of recent times you care to point out), doesn’t adjust his risk-o-meter when facing dangerous opposition.

Most fighters tend to shortchange you when facing top competition: they stick to what they think will get them the win, and if there’s a facet of their game you miss that night–usually to the detriment of the spectacle–tough luck to you. But not Gonzalez. The little Nicaraguan battles at top gear every time out, coming forward, looking to go to war, come hell or high water. When you tune into a Gonzalez fight, you know you’re getting the full package: finesse and guts, style and power, brains and brawn. Whether it’s a “stay-busy” scrap or a high-stakes match, a fight he’s supposed to dominate or a genuine challenge, Gonzalez always gives 100%. Roman couldn’t coast, or play it safe, or quit, even if he wanted to. Those terms simply don’t appear in his dictionary.

Case in point, the Sor Rungvisai fight. Chocolatito’s first official loss showed the boxing world that Roman boxes as brilliantly under duress as he does when he gets the chance to dominate. When Roman fought at more accommodating weights, he was dazzling and mercilessly effective in outclassing top opposition. Now that he’s facing bigger opponents who stand up to him, hurt him and make him bleed, he still dishes out more than he gets, still lets his hands fly, still lets it all hang out as he shows his warrior heart. 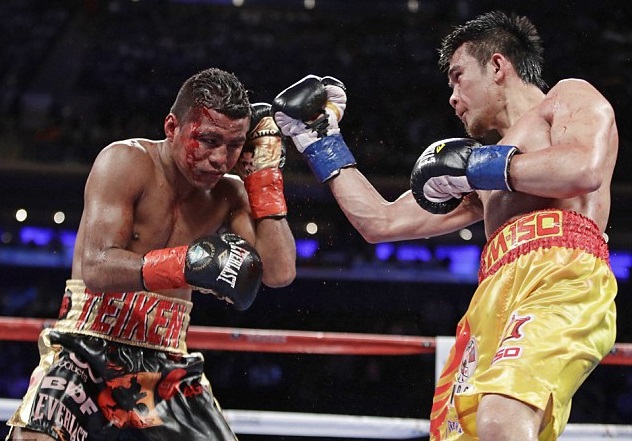 His record has been dented, but Roman’s still relatively young, close enough to his prime that his name remains synonymous with excellence, and, even more importantly, he’s thirsty for payback. Chocolatito wants to avenge his loss to Sor Rungvisai as soon as possible, and if the rematch comes off next, we’ll get the chance to see how this proud champion handles the aftermath of a grueling setback. The best boxers of all-time have faced the same test, one that inflicts the psychological pain of doubt, one that can derail a fighter’s career for good if the champ is not up for it. But should Roman fall to Sor Rungvisai a second time, he’ll at least know that his career is already a great one. Should he come back to score a resounding win, his accomplishments will get that much closer to becoming the stuff legends are made of.

On the record books, Gonzalez lost to Sor Rungvisai, but neither that, nor the fact he will be toppled from the top of the mythical pound-for-pound lists, nor the fact his record is no longer a “perfect” one, means the king is dead. In fact, given the manner in which Roman was robbed of his undefeated status and his title belt, the king is in all likelihood just royally pissed off. The good news is, he’s planning a comeback. So you might want to stick around the lower weight classes a bit longer; you wouldn’t want to miss The Return of the King.               — Rafael Garcia 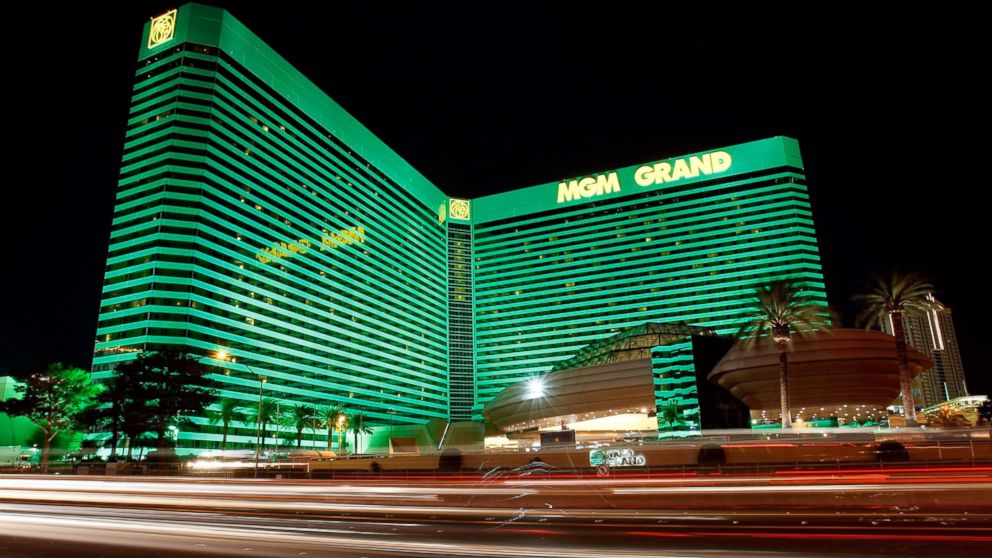 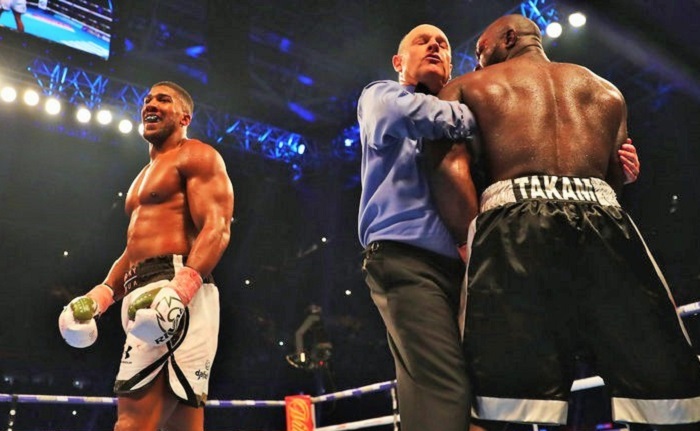 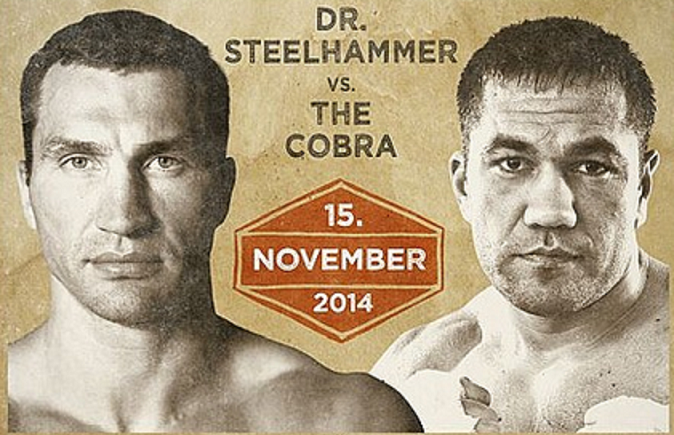 11 thoughts on “The Greatness Of Gonzalez”