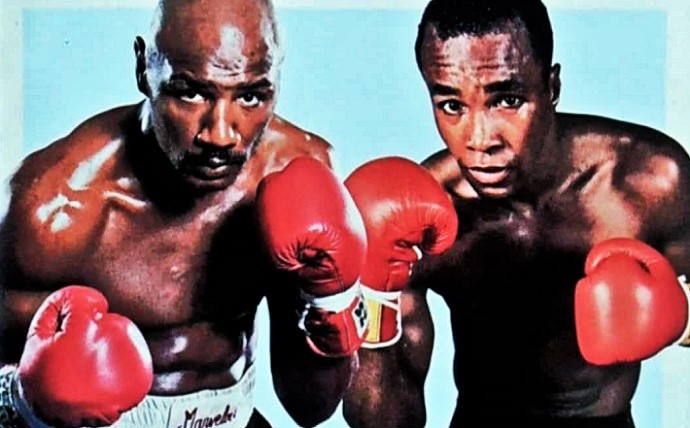 Back in 1987, Sugar Ray Leonard and Marvelous Marvin Hagler threw down in a highly-anticipated middleweight title fight in Las Vegas, a glorious spectacle that captured the attention of the entire sports world. The outcome, which saw the challenger and big underdog prevail by twelve round split decision, is still hotly debated to this day. The match changed the course of both fighters’ careers, as Hagler, certain he had been robbed and sick of never getting the respect he deserved, hung up his gloves for good. Leonard, who had first retired back in 1982, would go on to more big fights and win world titles in both the super middleweight and light heavyweight divisions.

But what if I told you that the colossal superfight of 1987 between these two superstars could have, and should have, taken place at a much earlier date? As incredible as the event was, let’s be honest: the actual fight in terms of drama, intensity, action and its respective ring performances failed to truly match the hype. The reason for that is simple: while both Leonard and Hagler were still formidable, neither was anywhere close to being at their best going into that legacy-defining clash.

In fact, in 1987 there were far more questions regarding these two fighters than there were superlatives. While Hagler was just 32 and hadn’t lost a fight in eleven years, some wondered if his skills were eroding, a fact seemingly borne out by his grueling battle with John Mugabi in 1986. All the tough fights and all the grinding years of training had taken their toll. Meanwhile Leonard had fought only once in five years and his inactivity caused many to be concerned for his welfare as he stepped up to take on the biggest and baddest challenge of his career. But rewind five years and the situation was very different. At that point you would have been hard-pressed to find anyone who did not regard Leonard and Hager as the number one and two fighters, pound-for-pound, in all of boxing.

Even before the Massachusetts native got his paws on the middleweight belt, there was a strong consensus that Hagler was the best fighter in the division, the uncrowned king. After being blatantly robbed in his first world title opportunity against Vito Antuofermo in 1979, Hagler finally captured the undisputed middleweight title in 1980 from Alan Minter in an authoritative display. From there on, Hagler used his menacing and bruising style to batter the opposition into submission and few wanted any part of the middleweight king in the early ’80s. As the boogeyman of the 160-pound division, Hagler needed a worthy challenger who would elevate his name and produce the big payday he so justly warranted. The obvious choice was the man who was the game’s biggest attraction, Sugar Ray Leonard.

Regarded as the superstar heir to Muhammad Ali, Ray was a media favorite and a ratings hit on national television. He was marketable, had a smile that lit up a room, and fast fists that put butts in the seats and he had already defeated the likes of Roberto Duran, Thomas Hearns and Wilfred Benitez in exciting, high profile bouts. Previous to that, as the undisputed welterweight champion, Leonard’s star power was on par with that of superstars in other sports such as Magic Johnson, Wayne Gretzky or Bo Jackson.

That was the perfect time for a Hagler vs Leonard superfight. Both were established attractions, exuding major crossover appeal, and both were smack dab in the middle of their primes, not to mention the two major faces of the sport. If there was ever a time when Hagler vs Leonard should have happened, it was then. And both men knew it. Always the one to put on a show, Leonard held a black-tie gala on November 9, 1982 at the Baltimore Civic Center where thousands attended, including Hagler, who had come expecting to hear his soon-to-be antagonist announce that Sugar Ray vs Marvelous Marvin was on. Instead, Leonard addressed the crowd and at the end declared, “A fight with this great man, with this great champion, would be one of the greatest fights in history. Unfortunately, it’ll never happen.”

A bewildered Hagler was more than a little pissed off for being led on and he left Baltimore still seeking that major fight that would exhibit how great he was, while Leonard, due to a detached retina injury, retired. What a shame. But what would have happened if Leonard had made the opposite pronouncement in Baltimore? If instead he declared, “Fortunately, it’s going to happen!” and Hagler vs Leonard was immediately set for early in ’83? Marvin was 28-years-old; Ray was 26. As huge an attraction as Sugar Ray vs Marvelous was in 1987, a battle in 1983 would have topped any level of hype. More to the point, it would have resulted in a much better fight. Just imagine what might have unfolded in a clash between Sugar Ray and Marvelous Marvin when both were near their respective peaks. I get giddy just thinking about it.

You have in one corner the orthodox Ray with his lightning-quick jabs, nimble movement, underrated power, awesome flurries, not to mention his killer instinct and willingness to go into the trenches if necessary. In addition, Ray was a consummate performer, a boxer who loved to put a show on for the fans. And in the opposite corner is Marvelous Marvin, the bigger man and the southpaw and switch hitter, with power in either hand, a deadly jab, heavy body attack, a granite chin and incredible conditioning. How would a battle between Sugar Ray and Marvelous Marvin have unfolded in 1983? We’ll never know, but here’s my take.

First of all, this match is scheduled for fifteen rounds, not twelve, and is for the undisputed middleweight championship, with no catchweights and all of Hagler’s belts on the line. I envision Ray utilizing the same basic approach we saw in ’87, but the huge difference being that in ’83 he is at his apex. I see Leonard using plenty of movement and some fancy footwork to throw Hagler off and avoid the bigger man’s power, similar to how he boxed Roberto Duran in the famous “No Mas” rematch. If Marvin had a weakness, it was adapting to foes with speed and agility, who used the ring and kept their distance from his power. Given Leonard’s skill and astonishing speed, I see Ray sticking and moving and giving Hagler some major problems.

But that said, I also think peak Hagler would be far more assertive and sure of himself than was the case in ’87 when he fought the first four rounds tentatively and from the orthodox stance. I see Marvin setting a faster pace and pressing Leonard, taking some quick counters in the process but also catching Ray with timely hooks and heavy straight lefts. I don’t see any knockdowns, nor either man’s stamina waning, though I can see Hagler’s body punching and inside fighting sapping some energy out of the lighter Leonard. As the bout progresses, Hagler has increasing success in cornering Leonard and forcing exchanges on the inside and it’s in those moments when Marvin’s advantages in size and strength are telling.

Whenever you have a matchup between a great, natural middleweight in their prime going up against a great, natural welterweight in their prime, with both being virtually equal skill-wise, the advantage generally swings in the direction of the bigger man. With both fighting at their highest level, and with the momentum shifting throughout, I have to pick Hagler to do just enough to prevail over Leonard in a fifteen round classic.

And if you think the 1987 fight was something, I have no doubt the 1983 battle would have wiped the floor with it. In my humble opinion, a 1983 Sugar Ray Leonard vs Marvelous Marvin Hagler superfight is the all-time greatest “What If” match-up in boxing history, topping all the other amazing clashes that fight freaks wish they could somehow go back in time and make happen, such as Jack Dempsey vs Harry Wills in 1925; Jake LaMotta vs Rocky Graziano in 1950; Roberto Duran vs Alexis Arguello in 1978; Sugar Ray Leonard vs Aaron Pryor in 1982; Mike Tyson vs Evander Holyfield in 1991; Lennox Lewis vs Riddick Bowe in 1993, and Floyd Mayweather vs Manny Pacquiao in 2010.

The boxing gods giveth and the boxing gods taketh away and for whatever reason, they decided Marvelous Marvin Hagler vs Sugar Ray Leonard in 1983 could not be ours. All we can do is dream about what might have been. But what a dream it is.                 — James Simpson II

The Title That Binds: Lee vs Quillin 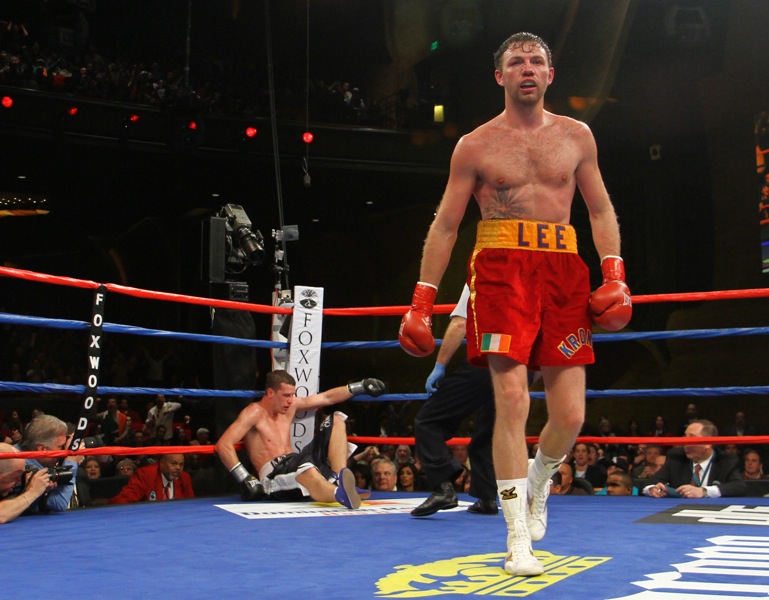 Andy Lee Gets Another Shot