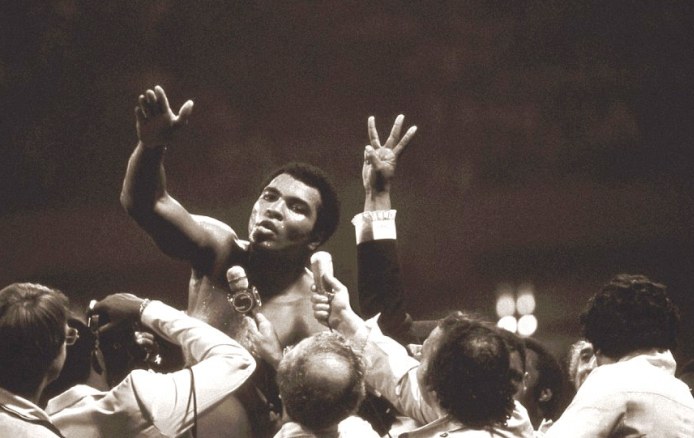 We all knew this day had to come, but there was no way boxing could ever be ready for it. Muhammad Ali, without question the biggest, most significant figure to ever emerge from the world of pugilism, has died. He was 74-years-old. 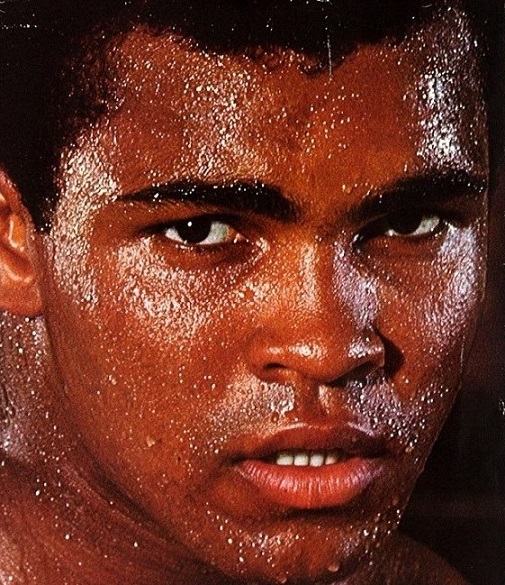 Words can never do the career and accomplishments of Ali justice. He was much more than just a boxer, and yet he proved himself one of the greatest of all times. How many manage to be one of the best ever in their chosen profession, and at the same time excel at being a political figure, an international celebrity, and a catalyst for social change? Ali’s immense influence goes far beyond boxing, beyond sports, into the realms of religion, racial conflict, global politics and war.

As a boxer, Ali demonstrated astonishing skill, courage and competitive spirit. He fought in the deepest heavyweight division of all-time, and emerged as its dominant champion. Few fighters at any weight in boxing history have had to face a trio as formidable as Sonny Liston, Joe Frazier and George Foreman; Ali defeated them all. And then went on to score victories over a long list of capable contenders: Jerry Quarry, Floyd Patterson, Cleveland Williams, Jimmy Ellis, Oscar Bonavena, George Chuvalo, Ron Lyle, Earnie Shavers, Ken Norton — all dangerous and successful fighters, all vanquished by Ali. 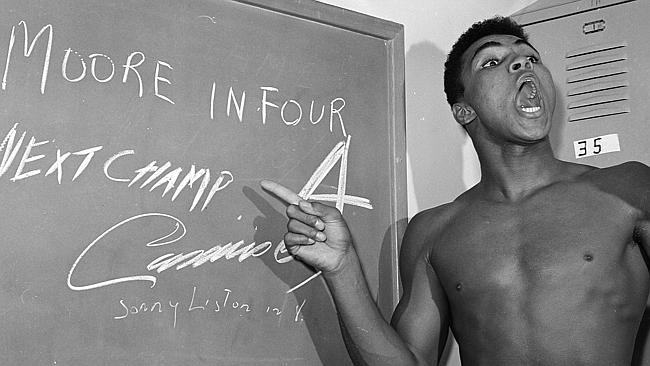 But beyond his athletic accomplishments, Ali embraced the volatile politics of his time to become one of the most significant figures of both the Civil Rights and anti-war movements. He refused to be inducted into the United States army for the war in Vietnam and was immediately arrested. Shortly after, his boxing license was suspended and he was stripped of his world championship. For three-and-a-half-years Ali could not compete.

When he finally returned, his exile had only made him more significant, larger than life. He had become a living, breathing rebuke to the political establishment, a symbol of racial division and a global celebrity all rolled into one. His career was now freighted with political significance and his most high-profile matches were about more than boxing. Amazingly, this massive pressure only inspired Ali to greater heights. After losing to Frazier in 1971 in one of the biggest global sporting events of all-time, he went on to finally regain the heavyweight title by upsetting George Foreman in 1974.

Herewith, personal remembrances of the life and career of Muhammad Ali by serious boxing fans, our contributors, all of whom understand quite well the huge debt the sport, and thus all of us, owe him.

There are few words that can do justice to Muhammad Ali. The superlatives just don’t fully encapsulate the enormity of the life he led. A legendary heavyweight whose skills were unrivalled, Ali blazed a trail all his own. The Rumble in the Jungle, The Thrilla in Manila, The Fight of the Century: these are some of boxing’s most memorable bouts, but they were more than just fights; they were events which transcended sports.

Ali was more than just a boxer, he was a man of conviction. He showed how to stand up and fight for what you believed in, and for the African-American people he was a pillar of strength, an unmovable object against the racism and tyranny of his time. Muhammad Ali wasn’t a perfect man; none of us are. He was, however, a great man and will be remembered for much more than his heroic feats in the ring. Float like a butterfly, sting like a bee was one of Ali’s most famous sayings, and today we all feel a sting, one of loss. Rest in peace, champ.           — Daniel Attias

Ali was, without a doubt, the most iconic figure in the history of boxing. His influence was felt through generations of fighters and has transcended the sport, inspiring millions outside of the fight game. RIP to one of the greatest.    — Rene Ricardo Bernal 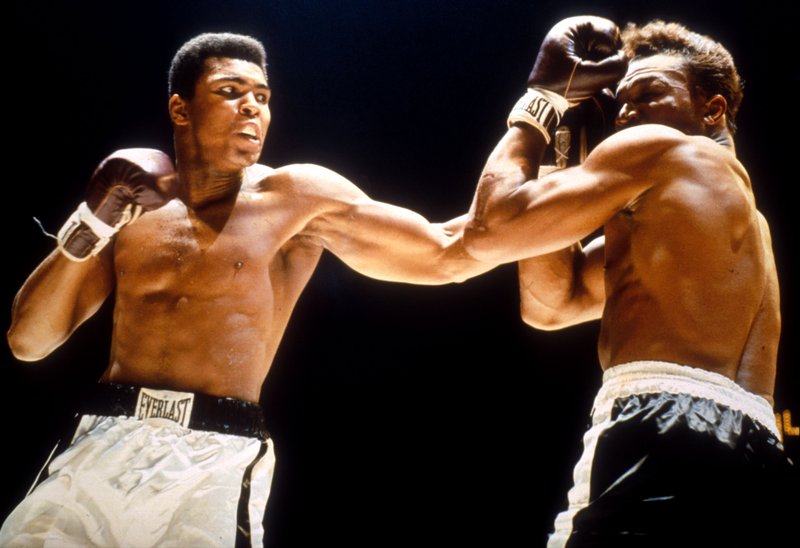 Muhammad Ali exemplifies what it means to stand up for what you believe in. His profession was taken from him during the the prime of his career when he refused to fight in a war he did not believe in. Ali was imprisoned, threatened, humiliated, and jeered. The three years that he lost put a stamp on his strident belief in himself, the inner conviction which gave him strength and carried him through the rest of his amazing career and defined him as a most remarkable man.    — Thad Moore

To me, Ali was first and foremost a fighter. Sure he was a social icon and a celebrity, but before all else he was a ring great. From the stunning defensive prowess of the first Liston match to outlasting Frazier in Manila, Ali epitomized more than boxing. He epitomized all it could be. He will be missed.              — Sean Crose

Social impact aside, Ali came out on top during his division’s deepest ever era when he was no longer at his best. If that’s not greatness, I don’t know what is.       — Lee Wylie 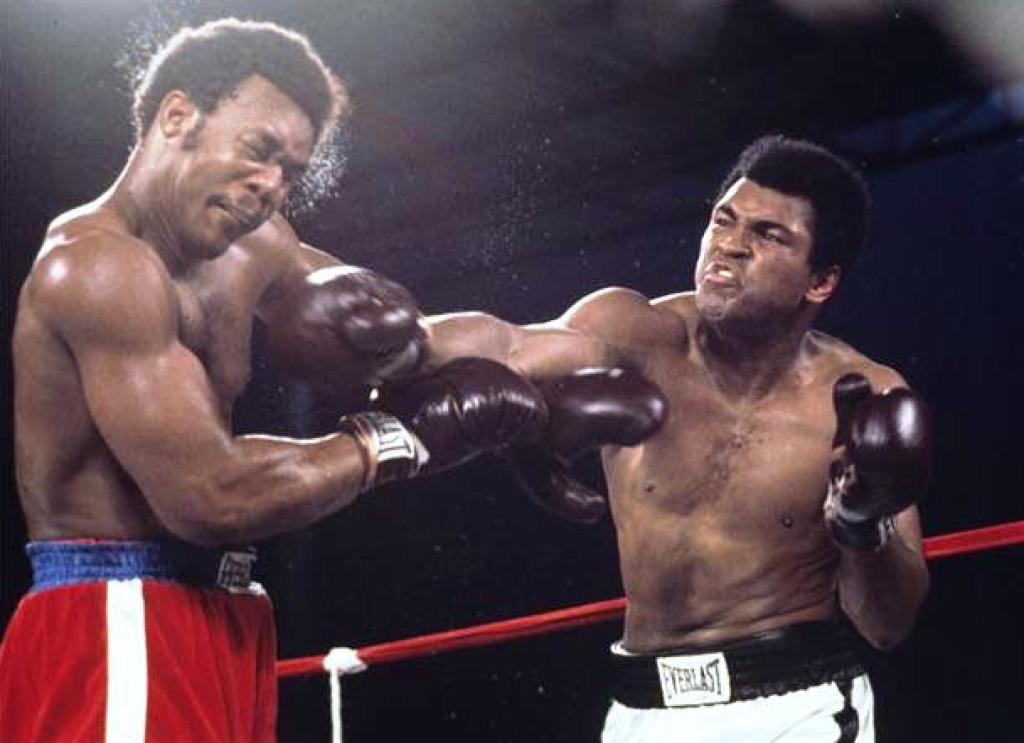 Muhammad Ali was the godfather of trash talking, the one who inspired men like Floyd Mayweather, Conor McGregor, Gary Payton and Shannon Sharpe. He was an American Muslim who fought the government and won despite the great cost to his career. He was part rock star, part celebrity, part icon and part trendsetter in an era that still attached to old beliefs. He was, according to many, the greatest boxer to ever get into the squared circle and a man who, even in his 60’s could make the most cocky athlete revert to a giddy child by his mere presence.

I could write about all of these, but to me the greatest impact Ali had was in his latter life when, despite being robbed of his speech and motor skills, he refused to be silent. He was an activist who preached tolerance and change and even went above and beyond to help accomplish these things. In an era where athletes would often stay silent and behave in a conservative manner, Ali was the one who would fight the system no matter the odds. God Bless Muhammad Ali, a man who made a great difference in our world.      — Chris Connor 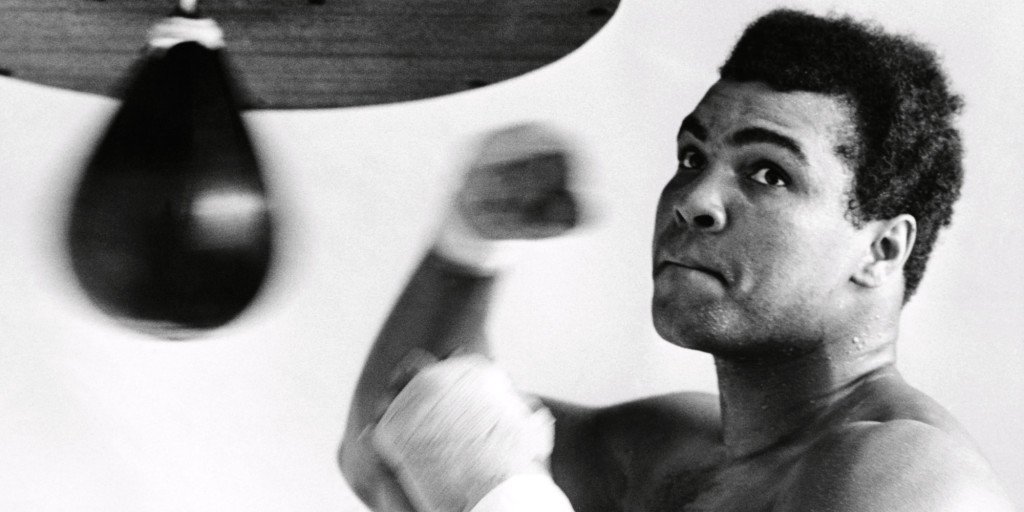 Muhammad Ali cannot die. How does inescapable destiny die? How could endless inspiration cease to be? For many years Ali fought to maintain his status as “The Greatest,” and certainly he was that and much more, as he continually demonstrated that sometimes even the most outlandish of hyperbole can be backed up. It wasn’t just about predicting rounds that he would stop great men like Archie Moore and Sir Henry Cooper in, and it extended far beyond shedding blood and becoming immortal alongside Joe Frazier. Ali was a symbol. He was a beacon of hope for many, while for others he was no more than a meddlesome agitator. But as long as they all understood he was changing the world they lived in, it didn’t matter. As we approach days that can never know the warmth and brightness of Muhammad Ali, we must pity those days, for they are incomplete, as we all are now. Rest easy, sir.           — Patrick Connor

Ali’s contribution to the world, never mind boxing, was immeasurable. It is not hyperbolic to say that he walked as a giant among men. He gave himself the name, then did the impossible and lived up to it: The Greatest.     — Ronnie McCluskey 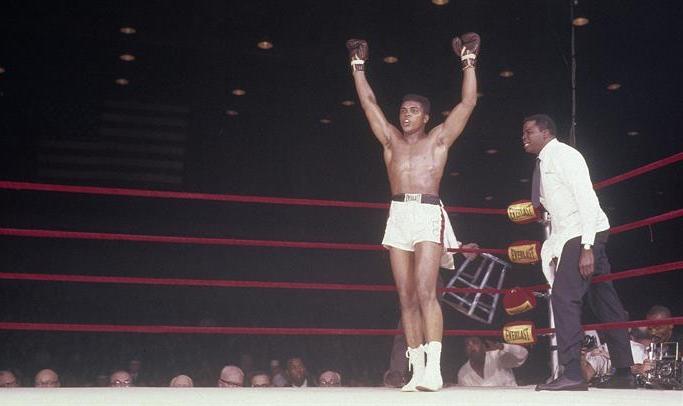 When I first started getting into boxing as a young boy, I was not really a fan of Ali. Back then it was just obvious to me that Mike Tyson was so much better; he was more what I thought a fighter should be: powerful, aggressive, mean. As I grew, so did my passion for boxing, and I came to understand that Ali was a genius of the ring and a monumental figure. As with many boxing fans, he became my hero and it’s no understatement to say that, as a teenager wrestling with life’s great quandaries, Ali’s story, his speeches and his philosophy, influenced me deeply.

Technically, Ali certainly wasn’t the best boxer of all time. But he faced everyone and defeated some of the most fearsome fighters ever, when conventional wisdom said he couldn’t. He exhibited speed and athletic grace unparalleled in heavyweight boxing; he demonstrated levels of heart and tenacity rarely witnessed in sport, exemplifying the lengths to which human will power can be stretched and reality bent through sheer determination. And when you combine those feats with the profoundness of his words, his capacity to inspire people, and the courage to follow his convictions, you are left with a remarkable story of a remarkable man: the greatest sportsman of all time.            — Matt O’Brien 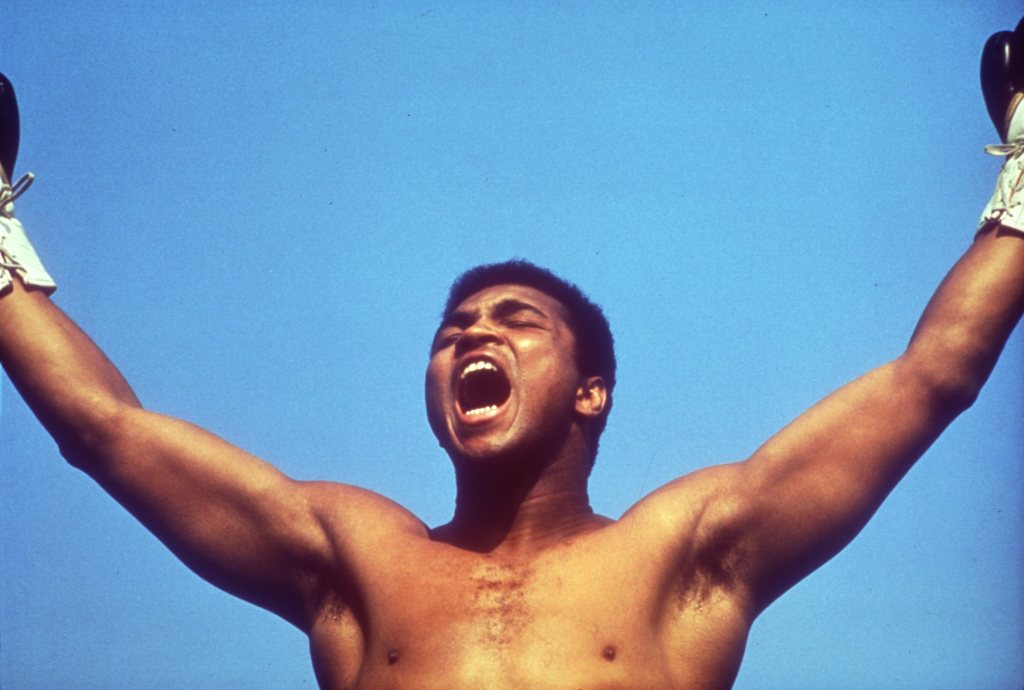 Muhammad Ali was undeniably one of the most skilled and accomplished boxers of all time. But what made him The Greatest wasn’t his in-ring accomplishments. Rather, it was the way in which he transcended sport, while becoming a cultural and historical icon. There will never be an athlete that comes close to matching his charisma and worldwide reach, which is fine by me, because there really is no duplicating the GOAT.                  — Jamie Rebner

The boxing world has lost one of the greatest fighters of all time, and perhaps the greatest heavyweight ever. A highly versatile boxer who adapted not only to each opponent’s strategy, but also to the passing of time. An unmatched stylist, a superb finisher, a most fierce competitor and a relentless warrior who never refused a challenge and who made history by winning the lineal title an unequaled three times in the deepest heavyweight field of all time.

The world at large has lost an icon and an iconoclast, a hero, and a symbol. A supremely charismatic character who brought hope and joy to millions, to whom barriers and walls were nothing if not hurdles to be overcome and then cast into oblivion. He held the world in his hand and knew exactly what to do with it. Whether inside or outside of the ring, there will never be another Muhammad Ali. May he rest in peace.           –Rafael Garcia

Beyond the obvious accomplishments, his cultural influence, and his being, for a time at least, the most famous person on the planet, what I find most extraordinary about Ali is his reaction to all of this, to his fame and his influence and world-wide significance. Many, if not most, would find the burden too great to bear; instead, he relished it. When we celebrate Ali, we are celebrating a man who meant so much to millions around the world, and who did his best to do justice to that stupendous calling. He entertained and enthralled America while at the same time challenging it, refusing to let it forget its shameful history of racism and slavery. He understood he was much more than an athlete, much more than a champion boxer, and that in turn inspired him in his toughest fights. He helped change America in profound ways while blazing a path for future generations who can forever echo his words: “I know where I’m going and I know the truth, and I don’t have to be what you want me to be. I’m free to be what I want.” 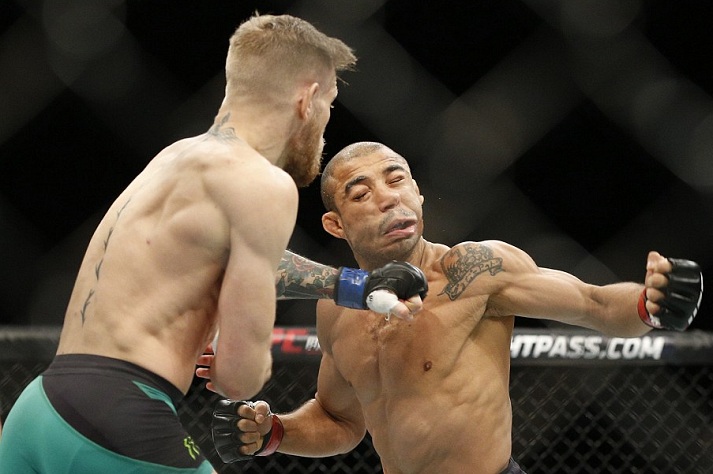 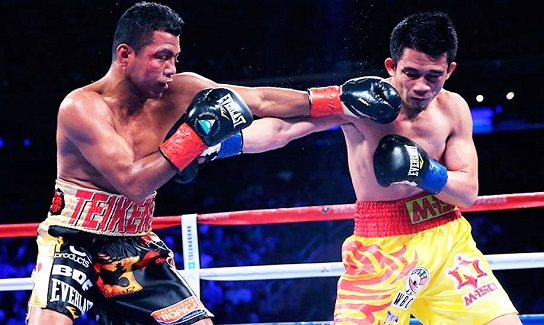 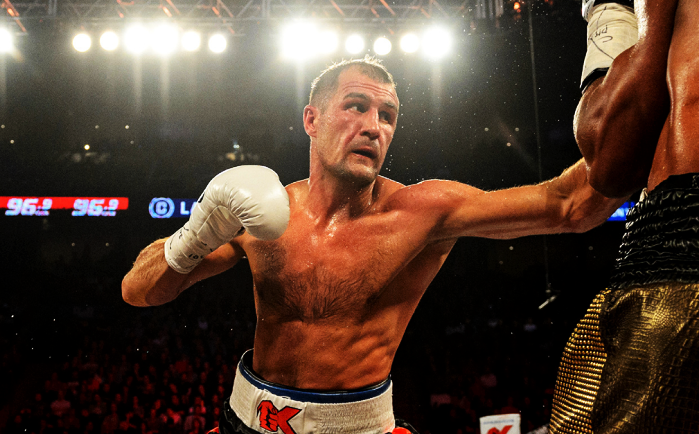