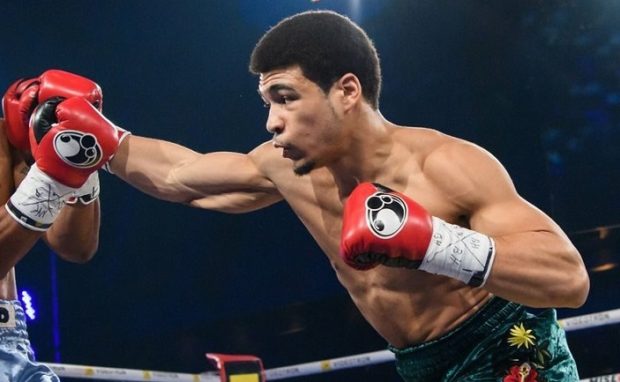 The Fight City Podcast No. 31

Definitely time for a new podcast, hosted as always by Alden Chodash who is again joined by site founder and editor Michael Carbert as they recap Beterbiev vs Gvozdyk, chat about Canelo Alvarez and his upcoming showdown with Sergey Kovalev, sidestep the ugly news about Oscar De La Hoya, reflect on how excited they are for this Saturday’s big World Boxing Super Series clash between super lightweight title-holders Josh Taylor and Regis Prograis, and then offer fight fans an exclusive interview with Eye Of The Tiger’s young, undefeated prospect, Lexson Mathieu, who will be in action this Friday night in Quebec City. Check it out:

“Although his pro debut lasted a mere 43 seconds, bluechip talent Lexson Mathieu made an indelible first impression. It’s not often that you see a boxer spin his opponent around 360 degrees with a punch, but Mathieu accomplished that eye-catching feat when he nailed Edgar Santoyo (2-2-2) with a sledgehammer right hand after seamlessly switching from a southpaw to orthodox stance. Santoyo appeared to short-circuit and then slowly twirl like a dreidel about to topple over. Unfortunately for Santoyo, he came to rest in a corner where a blinding fusillade from Mathieu ended matters. Here’s the dilemma for Eye of the Tiger: How fast do you move a 19-year-old with prodigious talent?”   From “Casino Classic” by Zachary Alapi