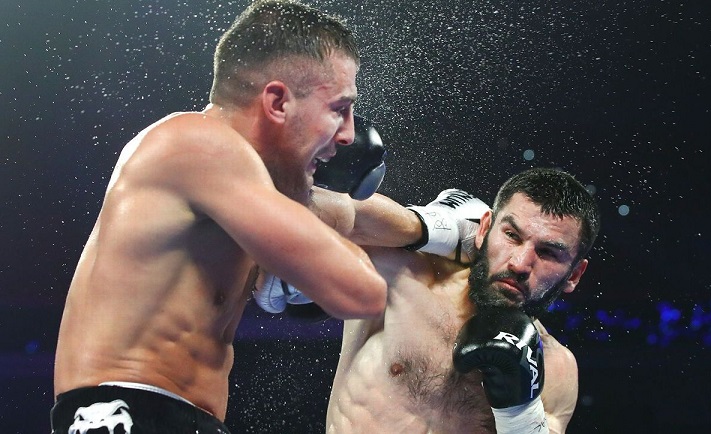 The Event:
For quite some time hardcore fight fans have been gazing at the rankings of the light heavyweight division and muttering to themselves,”What gives?” As in, how can you have so many top-grade pugilists in the same weight class, but so few top-shelf match-ups? Back in 2016 we lamented the lack of movement at 175, but thankfully, since then we’ve gotten Sergey Kovalev vs Andre Ward I and II, Adonis Stevenson vs Badou Jack, Joe Smith Jr. vs both Bernard Hopkins and Dmitry Bivol, and Eleider Alvarez vs both Jean Pascal and Kovalev. But the odd man out during this time was one Artur Beterbiev, who had been sidelined for a few reasons, those being 1. contractual difficulties, 2. a shoulder injury and, 3. he hit so damn hard no one wanted to fight him.

Then along came “The Nail,” one Oleksandr Gvozdyk of the Ukraine, who, with Teddy Atlas in his corner, dethroned Stevenson and then did what so few wanted to do: signed a contract to face the deadly Chechen puncher who boasts fourteen knockouts in fourteen fights. But Gvozdyk vs Beterbiev represented not only a match between two of the best light heavyweights in the world, but also a rare unification battle as both men hold world title belts. Which forced even the most cynical of fight fans to admit that, with Jean Pascal having upset Marcus Browne and in talks to face Jack, and Kovalev set to take on Canelo Alvarez next month, the light heavyweights have, despite some amazing matches having slipped through our fingers, come through.

But Gvozdyk vs Beterbiev could well be the pièce de résistance at 175. We’re talking two undefeated champions, both in their athletic primes, both carrying serious punching power. The match was made to little fanfare by Top Rank, ESPN and Peltz Boxing, but in the days leading up to it interest intensified as the great fight town of Philadelphia (which had recently celebrated five decades of fights from Russell Peltz) warmed up to the bout and everyone realized this just might be a showdown between the two best light heavyweights in the world. The stage was set for one of the finest match-ups of the year and the only question was: could it live up to the expectations?

The Result:
Well, if you were hoping for an all-out war, perhaps Gvozdyk vs Beterbiev fell short. But if you were anticipating a highly competitive match between two skilled boxers, the duel lived up to the hype. You saw the best of both men in terms of skill, courage, resilience, and determination, and in the end you got a result that was clear-cut and free of controversy. 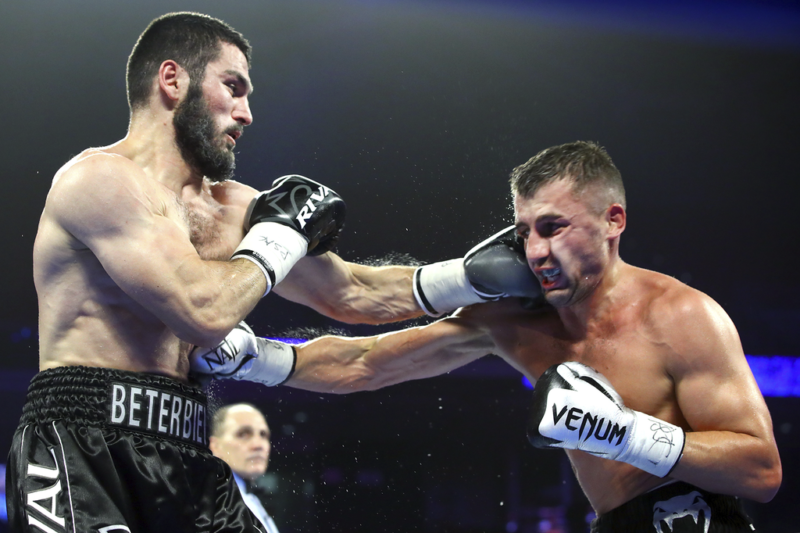 From the second round, it was clear Beterbiev’s strength and raw power would be significant factors, just as they were when the Chechen stopped Gvozdyk in their amateur days. But to his credit, “The Nail” was effective in neutralizing Beterbiev for stretches, using distance and a hard jab to keep the Russian from getting off. But this came at a grave cost as Gvozdyk was expending tremendous amounts of energy to keep Beterbiev at bay and there was a growing sense the Ukrainian would be hard-pressed to maintain the pace, especially as he was forced to take more and more punishment, primarily in the form of right hands to both body and head. 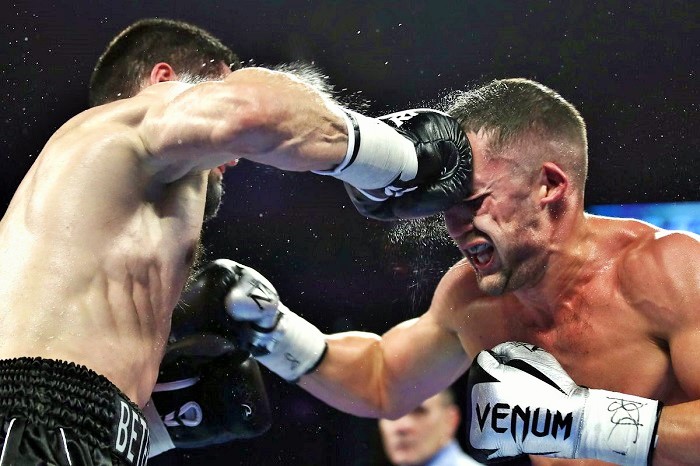 In the ninth, Beterbiev took over. Behind on two of the judges scorecards, he landed cracking shots to the body that made Gvozdyk a sitting duck for what followed upstairs, and he had “The Nail” staggering around the ring for the better part of the last minute. It was impossible to deny that the Ukrainian’s hourglass was running out and before round ten Teddy Atlas did his best to pump up his man, but Gvozdyk answered the bell with the air of a brave warrior facing his doom.

Smelling blood, Beterbiev held nothing back, his relentless, mauling attack now dictating the terms and keeping Gvozdyk on the defensive. “The Nail” was forced to take a knee after another brutal combination and soon after he visited the canvas again. When he rose the referee told him if he went down again the bout would be stopped, but an exhausted Gvozdyk’s will and competitive spirit were utterly gone. Beterbiev’s TKO victory came officially at 2:49 of round ten and one imagines all of Chechnya cheered as “King Artur” celebrated the biggest victory of his career thus far. 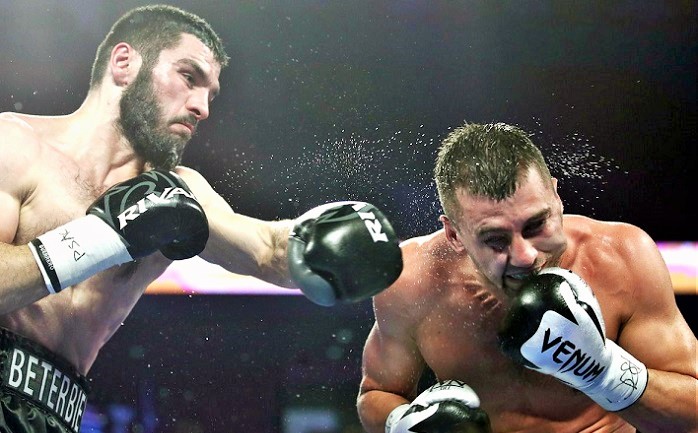 The Take-Away:
Artur Beterbiev is now the first unified light-heavyweight champion since Andre Ward held the honor more than two years ago. And with as much talent as there is at 175, it’s a shame we couldn’t get these kinds of unification bouts earlier, especially given the level of high-quality action that was showcased last night. According to promoter Bob Arum, Beterbiev’s next move is to defend his IBF title against Chinese mandatory Meng Fanlong, who he was originally supposed to face before being granted an exemption to unify against Gvozdyk. Arum was hopeful the fight could be held in China, where he has previously promoted several Manny Pacquiao fights.

Following that, the sky is the limit for Beterbiev, who stated that he was open to all comers as his ambition is to completely dominate the division. “It doesn’t matter [who I fight next],” he declared. “Anyone. I’m focused on titles, not on names.”

But fight fans are thinking names and Beterbiev vs Dmitry Bivol, Eleider Alvarez, Joe Smith Jr. or the winner of Sergey Kovalev vs Canelo Alvarez all sound great to us. But after last night’s physically dominating and punishing performance, one suspects none of the forementioned are eager to lock up with “King Artur.”           — Alden Chodash 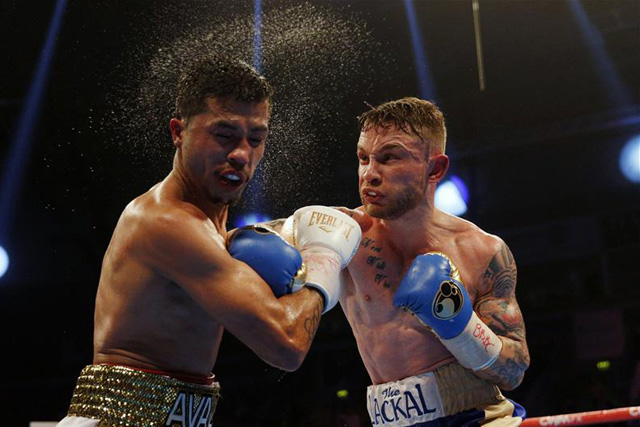 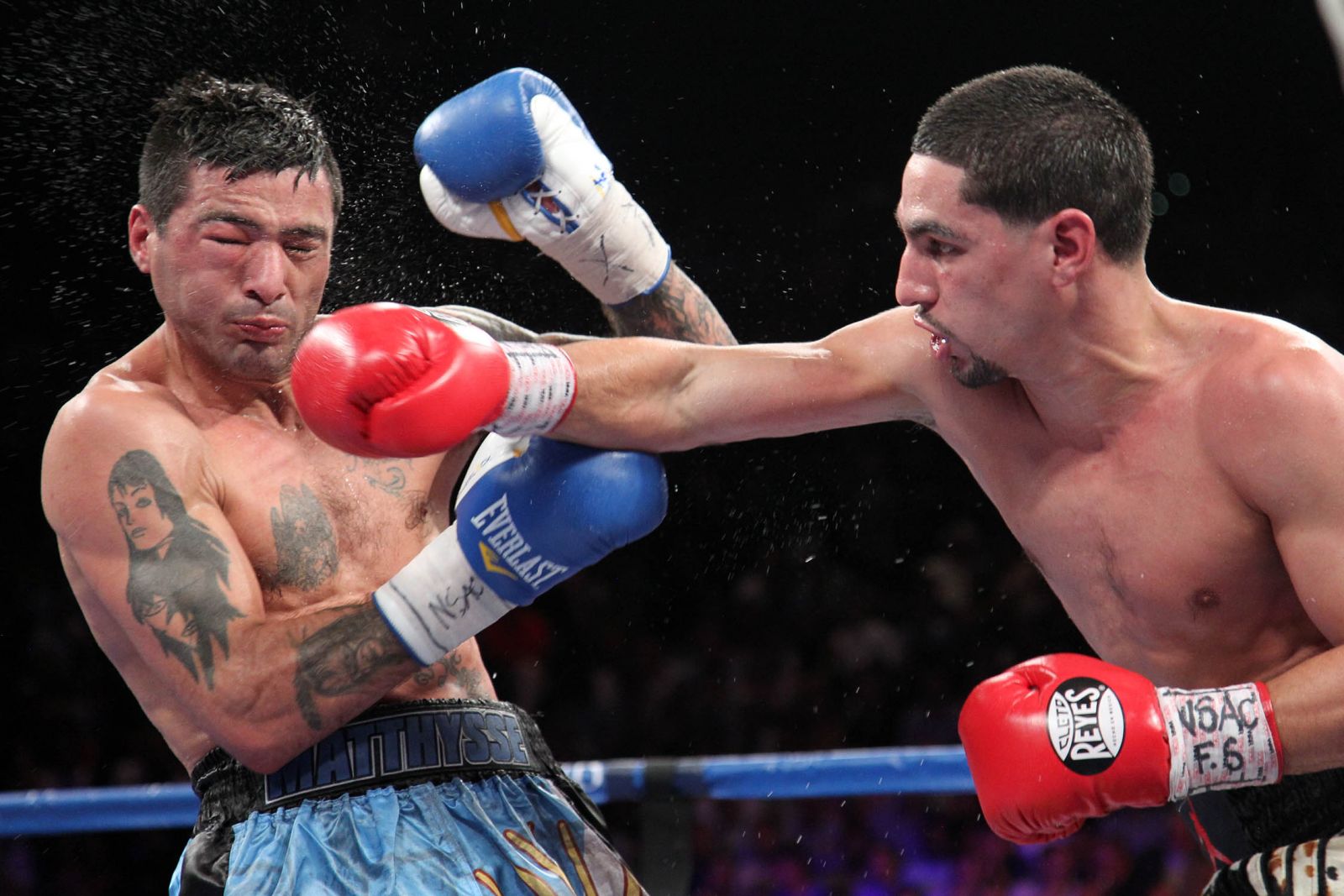