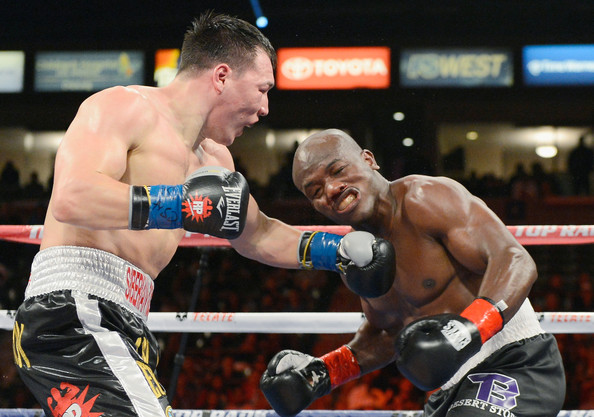 The Event
No one cared about this fight; seriously, no one. And it showed on HBO as screen shots of the venue between rounds revealed row upon row of empty seats. Timothy Bradley had made himself into a non-attraction, both with his unimpressive performance against Manny Pacquiao and then his subsequent inability to admit the obvious fact that he did not merit the bogus decision win. Ruslan Provodnikov was a complete unknown except to hardcore fight fans who had made note of his victories over Emanuel Augustus and DeMarcus Corley. Otherwise, this was viewed as a tune-up for Bradley as he sought to get himself back in contention for some major paydays. Most expected another ho-hum Bradley fight with his superior athletic talent allowing him to cruise to a decision win. The contest was further guaranteed minimal hype and interest by its being scheduled on the same night as a major UFC event. 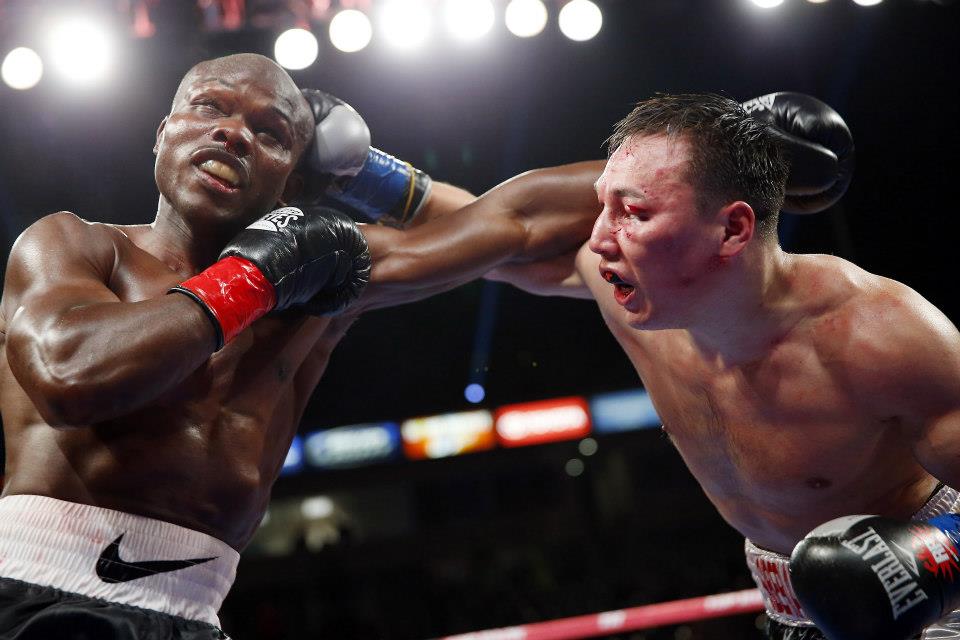 The Result
As many noted afterwards, if you blew off this fight to watch Georges St-Pierre do his thing, we feel sorry for you. All low expectations were overturned, and fast, as the two welterweights collided in the opening round like a pair of runaway trains, both men slinging hellacious shots right from the opening bell. The more powerful Russian challenger got the best of it as he floored Bradley with a thudding right, but somehow referee Pat Russell blew the call and ruled what was clearly a clean knockdown a slip. Obviously hurt, Bradley absorbed a terrible pounding for much of the opening round and the beating continued in the second as Provodnikov’s power shots sent the champion staggering all over the ring.

Showing astonishing grit, Bradley came back in the third, asserting himself behind flurries of sharp punches. Back and forth it went, with Bradley landing more, and at times clearly outboxing the challenger, while Provodnikov never stopped stalking and firing back when he could. He hurt “Desert Storm” badly in the sixth and eleventh rounds and finally scored a knockdown in the closing seconds of the fight, but in fact “The Siberian Rocky” indeed rocked Bradley at numerous points. A close decision hinged on whether or not rounds one and two were deemed two point stanzas, as well as how much credit one chose to give Bradley for his higher punch output. Some thought Provodnikov deserved the nod, but most appeared to agree with the judges for whom Bradley did just enough to pull it out. However, had the referee got the call right on the first round knockdown, the official result would have been a draw which, all things considered, might have been the fairest of outcomes

The Take-Away
This is clearly the Fight of the Year at this point in time, but beyond that, in terms of sheer carnage this was a war for the ages. One really has to go back to Diego Corrales vs. Jose Luis Castillo, or Micky Ward vs. Arturo Gatti, to find similar high-drama showdowns where both boxers absorbed truly alarming amounts of punishment. At fight’s end Provodnikov’s face looked like someone had tried to put it through a meat grinder, while Bradley candidly told HBO interviewer Max Kellerman he was definitely concussed. After the decision had been announced, the champion was still so dazed he couldn’t even mount the ropes to celebrate, aborting his effort the second he got his feet off the canvas. A long rest is in order for both men.

That said, as Bob Arum stated after the bout, there are no losers here. The stock of both boxers skyrockets after such a titanic struggle. Short of winning, the outcome for Provodnikov is as good as anyone could have hoped as his exciting style will put him in demand for future high-profile match-ups. Meanwhile, Bradley’s grit and heart can never be questioned again and his inspiring performance allows him to finally leave behind the fallout from the Pacquiao debacle. The fact is he holds a world title belt in one of boxing’s hottest divisions, so big paydays are bound to come his way in the near future. Here’s hoping one of them is for a rematch with his Russian rival. 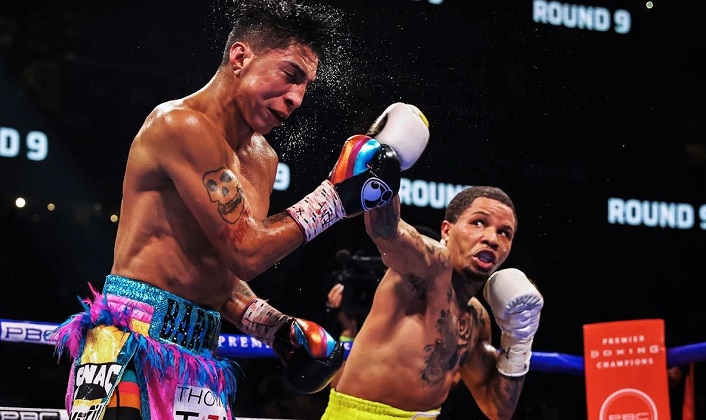 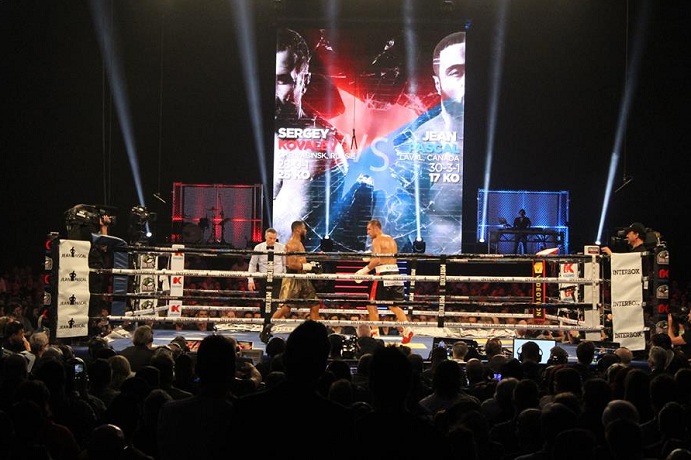 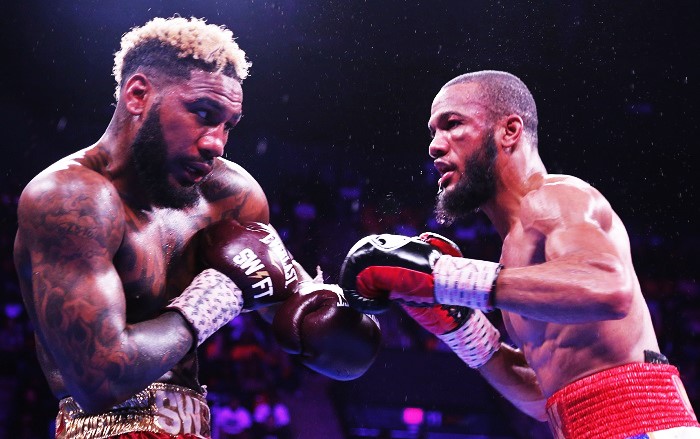