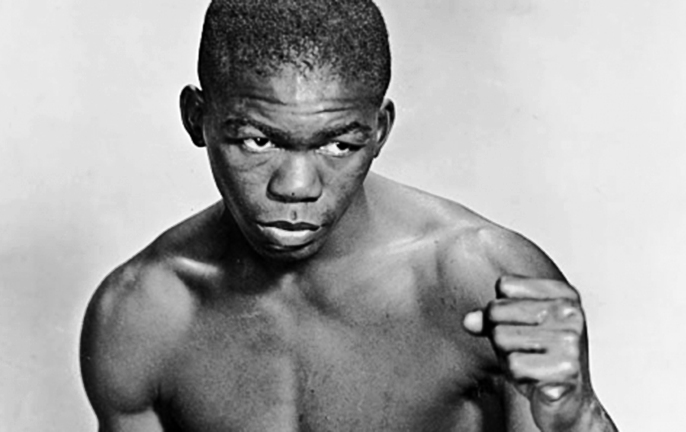 Ike Williams and Bob Montgomery made no secret of the fact that they disliked one another and their animosity made for a pair of brutal clashes in Philadelphia, one of America’s great fight cities. In 1943, Williams fought Johnny Hutchinson in Philly, battering and stopping the older man in three violent rounds. It just so happened that Hutchinson was a good friend of Montgomery’s and ever after Bob resented the younger Ike and promised to avenge his buddy by giving Williams a bad beating.

They met the following year at Philadelphia’s Convention Hall and what ensued was a rough and brutal affair with “Bobcat” dishing out plenty of punishment to Ike. In fact, Williams suffered his first stoppage defeat that night when Montgomery delivered a frightful beating in round twelve before Ike toppled and took the ten count. Later, Williams complained that Montgomery had fouled him throughout the contest.

Montgomery had his revenge but Ike promised to repay his rival in kind, if and when they met again. And indeed they did, three-and-a-half years later and with the undisputed lightweight championship of the world on the line. It was not only a grudge match, but a unification battle, as by then both fighters had claims to the 135 pound title.

In December of 1941, Sammy Angott defeated Lew Jenkins for the championship, but the following November, after a series of matches including one successful defense of his title, he announced his retirement, claiming a hand injury made it impossible for him to continue boxing. The New York Boxing Commission announced that Beau Jack was their new world lightweight champ, but then he subsequently lost the title to Montgomery.

Meanwhile, the National Boxing Association had yet to decide on Angott’s successor when just three months after announcing his retirement, Angott let it be known his hand had healed up quite nicely and his retirement announcement had been premature. He returned to action and the NBA decided he was still the champ. He eventually lost that title to Juan Zurita, who was then stopped in two rounds by Williams in 1945.

Thus, the second meeting between “Bobcat” and Ike was not just a grudge match, but also a fight with huge implications for the sport as it would finally decide the true, one-and-only lightweight champion of the world. A sports event of national significance, Willliams vs Montgomery II received plenty of press coverage and sold out Philadelphia’s Municipal Stadium. Everyone knew this would be a violent, all-action clash, Williams favoured slightly by the bookies to avenge his earlier defeat.

What ensued that night was a toe-to-toe brawl, both men determined to impose their will, both launching nothing but huge shots with bad intentions. Montgomery started fast with a brutal body attack while Ike worked to establish a vicious left jab. The toe-to-toe exchanges came thick and fast with neither man having a decided edge. When Williams landed his jab with authority, he controlled the fight, but he had no interest in boxing his rival and instead looked to inflict punishment and pain.

In the third Ike suffered a serious gash over his right eye and in round four Montgomery made it a target, landing left hooks to the injured optic. The pace quickened and the angry battlers kept trading heavy shots after the bell. Round five was no less intense and those waiting for the older Montgomery to fade wondered if maybe Ike was going to be the one to fall again. Maybe the “Bobcat” just had his number.

But in round six Williams started working the jab again, keeping his rival at the end of his reach and slowing the pace of the battle just enough to lull a winded Montgomery into a slight stupor. Then, without the slightest warning, Ike pounced and unleashed a withering, non-stop two-fisted attack. Montgomery reeled under the fusillade of blows, every strike doing damage. He tried to hold his ground and fire back but the younger man’s assault was too ferocious. Rights and lefts struck flush and propelled him through the ropes and almost out of the ring, his upper body draped over the middle strand before he collapsed on his side.

Montgomery beat the count but it was obvious to all that he was in very bad shape. Another cruel pummeling followed before he was floored a second time. Perhaps it was hatred that compelled the stunned and battered fighter to again pull himself up off the canvas but his footing was uncertain and the referee finished the count and then signaled that the battle was over. Ike Williams had his revenge. Of secondary importance was the undisputed championship of the world and his standing as one of the greatest lightweights of all-time.         — Robert Portis 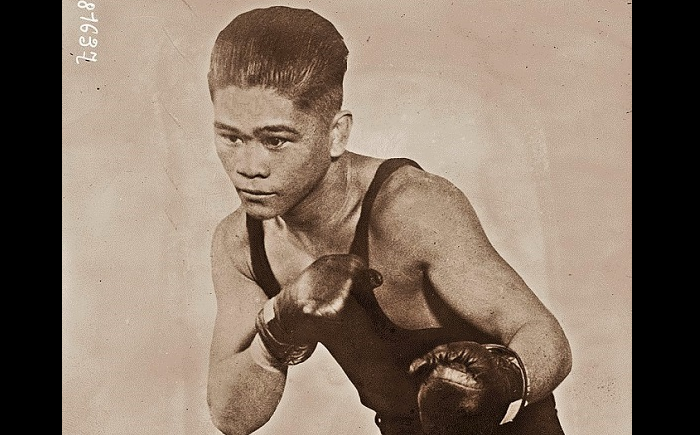 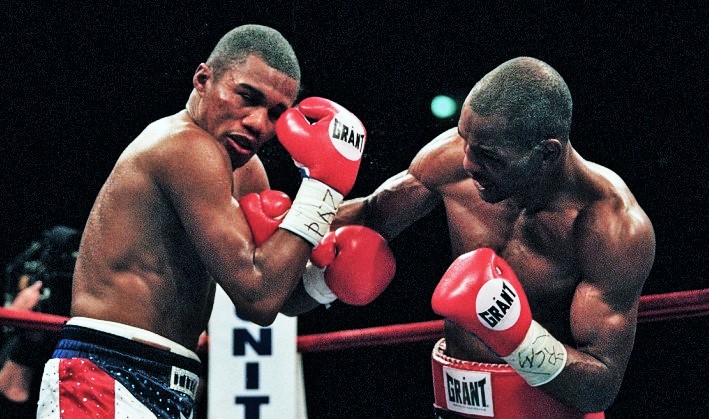 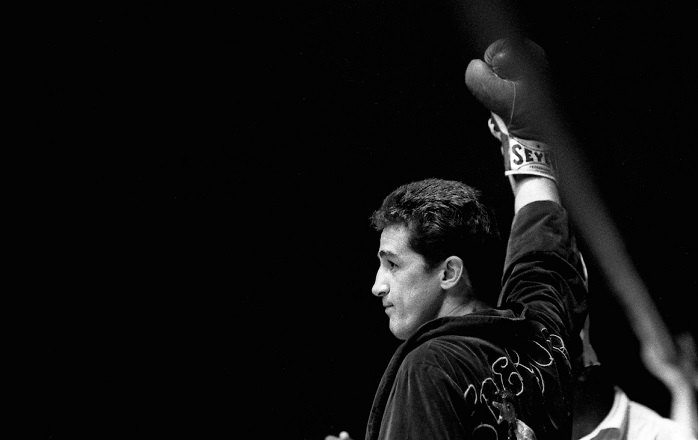 Throughout boxing history, world titles have assumed various levels of worth, some about as valuable as your proverbial wooden nickel.

The career of heavyweight champion Larry Holmes is, among other things, a study in frustration. First, there was the struggle

The writer of a profile of Jimmy Wilde, aka “The Mighty Atom,” is tempted to put down the particulars of

As Marvin Gaye sang back in the day, “Ain’t nothin’ like the real thing, baby,” and these days how boxing