One thing we know for certain: 2017 was, in many ways, a very good year for professional boxing. Compared to recent years when significant matches were few and far between, 2017 offered fight fans plenty of meaningful bouts, a long list of stand-out performances, and the emergence of at least two new major attractions in Vasyl Lomachenko and Anthony Joshua. Both have the potential to become true crossover stars and bring legions of new fans to pugilism.

As we all know, boxing struggles to maintain much in the way of cohesion, and its ability to give fans the fights they actually want to see is constantly hampered by all kinds of outside-the-ring difficulties. The list of elite-level boxers who are limited to competing only once or twice per year is lamentably long and in 2017 we saw only fleeting glimpses of such top boxers as Keith Thurman, Abner Mares and Adonis Stevenson, just to name a few. Prolonged stretches of inactivity appears to be a growing trend. And, as always, the sport was afflicted with its share of objectionable and unfair decisions, and at least one patently absurd scorecard.

But even so, overall, 2017 was a positive one for boxing and as evidence, just take a look at the nomination lists for our annual year-end awards. There’s no shortage of worthy contenders, so let’s put aside the complaints for now and take stock of the best performances and best fights which are in the running in our traditional six categories. Our winners will be announced over the next few days.

ROUND OF THE YEAR:
Gennady Golovkin vs Canelo Alvarez: Round 12. Great finish to a great fight. A taut and fascinating tactical duel gave way to three minutes of non-stop action.
Dominic Breazeale vs Izuagbe Ugonoh: Round 3. Total slugfest.
James DeGale vs Badou Jack: Round 12. It was close and both men knew it so they let the leather fly.
Anthony Joshua vs Wladimir Klitschko: Round 5. Hard to remember the last time two big men gave us three minutes absolutely super-charged with action and drama.
Errol Spence vs Kell Brook: Round 10. Brook was badly hurt but came roaring back to put Spence, temporarily, on his heels.

Srisaket Sor Rungvisai vs Roman Gonzalez I: Round 12. Gonzalez lets it all hang out and puts the challenger on the run in a memorable finale to a great fight.
Miguel Roman vs Orlando Salido: Round 8. Toe-to-toe mayhem.
John Molina vs Ivan Redkach: Round 3. Same.
Jarrett Hurd vs Austin Trout: Round 6. Same.

UPSET OF THE YEAR:
Sadam Ali W12 Miguel Cotto: Ali was an after-thought in Cotto’s farewell fight, but he executed his game plan and ruined Junito’s ‘Garden’ party.
Jeff Horn W12 Manny Pacquiao: Many thought the decision unfortunate but even so, few, if any, foresaw such a gritty performance from the lowly ranked Australian.

Caleb Truax W12 James DeGale: Did anyone outside of Caleb’s immediate family give Truax a serious chance to take DeGale’s super middleweight belt?
Tony Bellew W12 David Haye: Few thought Bellew had the size and strength to compete with “The Hayemaker.”
Srisaket Sor Rungvisai W12 Roman Gonzalez 1: Only the most hardcore fight fans thought Rungvisai posed a threat to the boxer regarded at the time as the best in the sport, pound-for-pound.

KO OF THE YEAR:
Zolani Tete vs Siboniso Gonya: Talk about short and sweet. A single punch and it’s over.
Eleider Alvarez vs Lucian Bute: Two big right hands from “Storm” Alvarez not only put Bute down and out, but quite possibly ended the former champion’s career.

Mikey Garcia vs Dejan Zlaticanin: Garcia shows no mercy and Zlaticanin is on the canvas for some time.
Yunier Dorticos vs Dmitry Kudryashov: One right hand to the temple and the look in Kudryashov’s eyes says it all.

PERFORMANCE OF THE YEAR:
Leo Santa Cruz (vs Carl Frampton): Rebounding from last year’s decision loss to Frampton, Santa Cruz seized the initiative and out-worked his rival to get the judges’ nod in the rematch.
Oleksandr Usyk (vs Marco Huck): The Ukrainian looked very impressive as he dominated former champion Huck with relative ease.

Andre Ward (vs Sergey Kovalev): Behind a withering and ruthless body attack, Ward humbled “The Krusher.”
Errol Spence (vs Kell Brook): Spence demonstrated his superiority in every aspect of the match and asserted himself as the chief rival to fellow welterweight stars Keith Thurman and Shawn Porter.
Ryoichi Taguchi (vs Milan Melindo): On track to post one of the best campaigns in the sport, the Melindo express was derailed by a determined Taguchi who out-gutted the Filipino in the late going.
Caleb Truax (vs James DeGale): Showing unexpected grit and stamina, Truax outworked DeGale to score a huge upset.
Anthony Joshua (vs Wladimir Klitschko): Many questioned Joshua’s heart and durability but he proved all the doubters wrong by getting off the canvas to win.

Roman Gonzalez (vs Srisaket Sor Rungvisai 1): Knocked down, battered and cut, “Chocolatito” refused to give in and battled back to dominate in the late going. In the eyes of most, he deserved better than a close points defeat.
Billy Joe Saunders (vs David Lemieux): Few foresaw Saunders pitching a shut-out against Lemieux, in the challenger’s hometown no less.

FIGHT OF THE YEAR:
Orlando Salido vs Miguel Román: The swan song of “Siri” was, fittingly, a thrilling slugfest.
Srisaket Sor Rungvisai vs Roman Gonzalez 1: An unexpected classic as Rungvisai pushed “Chocolatito” to the brink.

James DeGale vs Badou Jack: The two best super middleweights in the world threw down for 12 action-packed rounds and in the end the judges decided both were winners.
Anthony Joshua vs Wladimir Klitschko: Been a long time since we saw a heavyweight championship fight this compelling and action-packed. And to think it involved a Klitschko!
Miguel Berchelt vs Francisco Vargas: Everyone knew this would be a thrilling slugfest and they were right.
Gennady Golovkin vs Canelo Alvarez: The most anticipated fight of the year lived up to the hype and gave boxing fans 12 highly competitive rounds.

FIGHTER OF THE YEAR:
Terence Crawford: “Bud” further established himself as one of the premier fighters in the sport in 2017 by seizing all the belts in the 140 pound division.
Vasyl Lomachenko: 2017 will likely be remembered as the year when “Hi-Tech” clearly established himself as both a genuine attraction and as, arguably, the best boxer on the planet.
Srisaket Sor Rungvisai: From obscurity to back-to-back wins over the sport’s pound-for-pound champion makes the Thai power-puncher a strong contender for top honours.
Andre Ward: He only fought once, but Ward’s unexpected stoppage victory over Sergey “Krusher” Kovalev had huge implications both for the light heavyweight division and “S.O.G.’s” legacy.
Gennady Golovkin: Factoring in his win over Danny Jacobs plus the fact that most felt “GGG” deserved the nod over Canelo, Golovkin posted gritty performances against the two best opponents in his division. 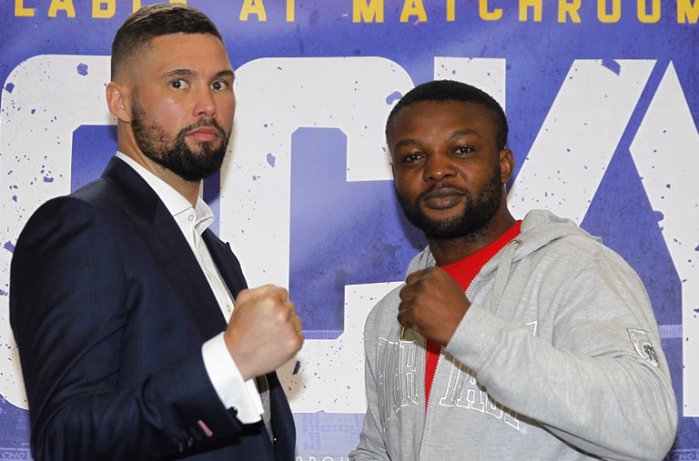 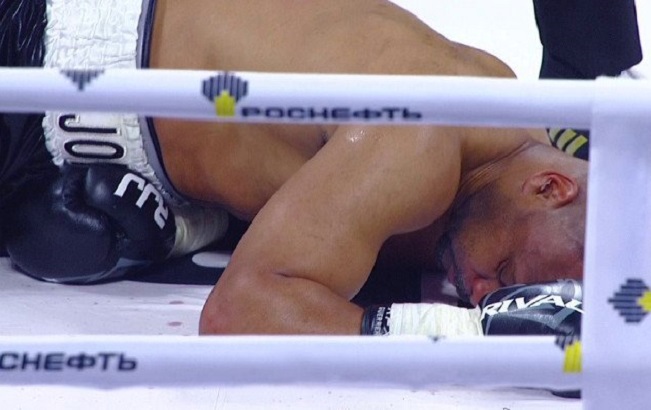 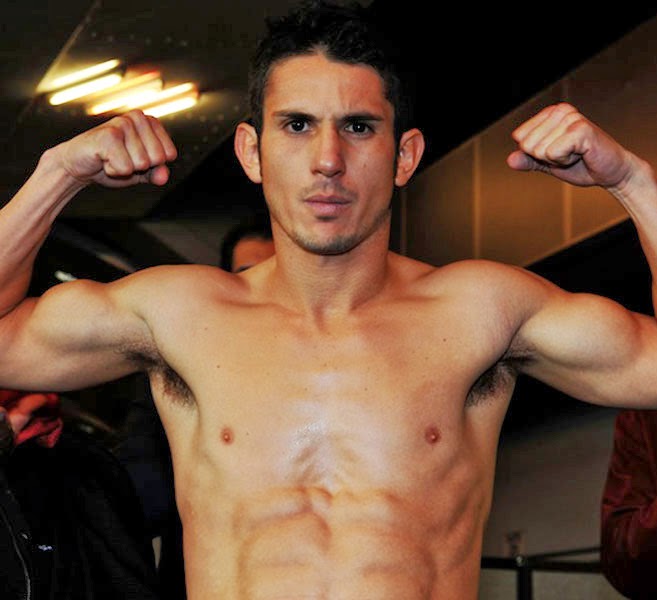