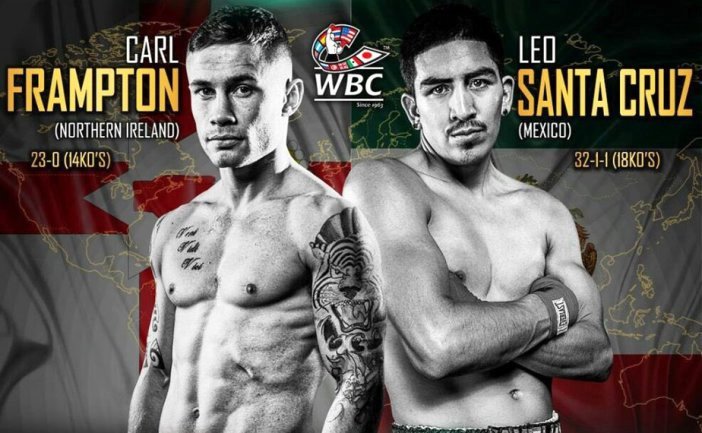 There was a time when immediate rematches between championship fighters were commonplace, but in recent years they’ve become a rather rare occurrence. So it’s refreshing to see Carl Frampton and Leo Santa Cruz decide to have a return just six months after their first stirring battle, which turned out to be one of the best fights of 2016. That last time around we published a collection of picks and, interestingly, most saw Santa Cruz as the man more likely to take a points win. Of course it was a close fight, so no one who picked “El Terremoto” has anything to be ashamed of, but there’s also no doubt some were selling “The Jackal” a bit short. Not the case now, of course.

Herewith, our picks for Frampton vs Santa Cruz II, a rematch between two of the best featherweights in the sport. No matter who gets the win, let’s hope the second time around is every bit as exciting as that first tilt. Who knows, maybe we’ll get that even rarer phenomenon: a genuine rivalry and a championship trilogy. Here’s hoping! 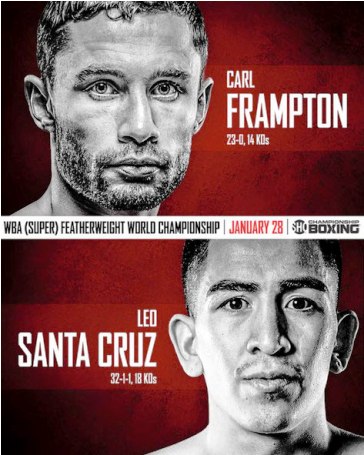 Frampton will again be looking to control the action with feints, an educated lead hand, angular movement, and aggressive counter-punching. Santa Cruz seemed to be caught between a rock and a hard place, not knowing whether to box or brawl. He unsettled Frampton when moving forward behind a double jab, but surrendered the initiative whenever he waited cautiously on the outside. Frampton, with his tighter, more precise punches, typically got the better of the exchanges, and this, along with the Irishman’s underrated physical strength and power, may have plagued Santa Cruz with indecision.

Nevertheless, Santa Cruz must pressure incessantly and try to corral Frampton into the ropes and corners where he can go to the body and neutralize the champion’s evasive footwork and movement from the waist. If Santa Cruz elects to fight a patient, thinking man’s fight, he will most likely come off second best for the second time. I sense the return will be every bit as competitive and compelling as the first clash, with the superior technician, that being Frampton, triumphing once more. Technicians almost always do better in rematches. Frampton by decision.        — Lee Wylie

Maybe it’s because I won a nice wodge betting on The Jackal in the first fight but I’m backing the Irishman once again. Leo is a buzzsaw, but as we saw last time, Frampton has the handspeed, ring smarts and power to use the Mexican’s offence against him. I think it’ll be a more tactical fight than the first, with Frampton winning another close decision based on cleaner punching and ring generalship.      — Ronnie McCluskey 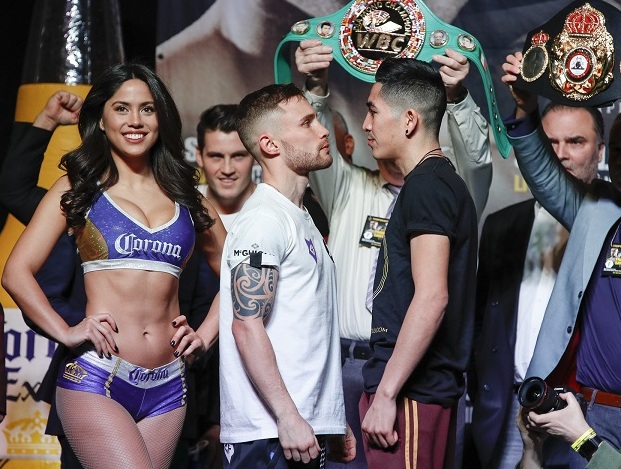 I definitely underestimated Frampton in the first fight. He surprised me with his ability to get inside and make Santa Cruz uncomfortable. However, I just don’t see it happening again. I think Santa Cruz will make the necessary adjustments and use his length more effectively the second time around. Santa Cruz by UD.       — Jamie Rebner

I don’t see Frampton vs Santa Cruz II being markedly different from their first encounter, which means boxing fans are in for another treat. Frampton’s measured boxing and underrated explosiveness gave Santa Cruz fits last time, as the Mexican was never able to settle into his typical volume-punching rhythm. Even if Santa Cruz is more assertive this time around, Frampton’s exceptional counter-punching should enable him to win the crucial exchanges, even if he’s fighting off his back foot. Maybe Santa Cruz will be more confident in his tactics, but don’t discount Frampton’s ability to make adjustments. He also proved he can buckle Santa Cruz, so the more punches that come flying Frampton’s way, the more opportunities he’ll have to land clean shots. Expect a slightly cagier start before the action reverts back to mirror what happened in the first fight. Frampton will take a tight UD.         — Zachary Alapi 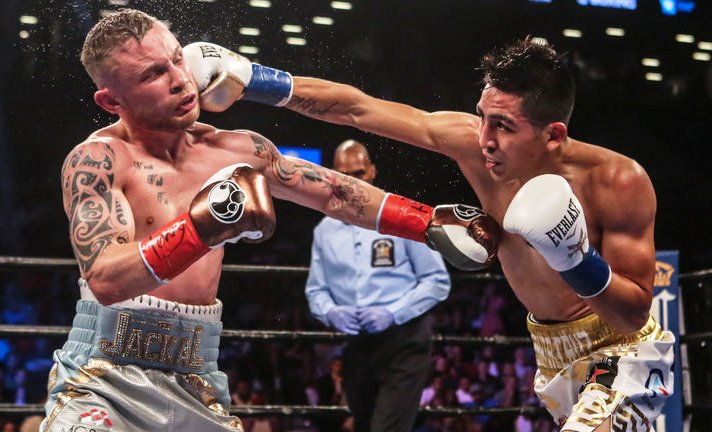 As much as Santa Cruz talks about making adjustments and boxing more, that has never been his style. His best fights have always been when he can overwhelm guys with punches-in-bunches. As much as he said his father’s cancer and other factors hindered him, it was Frampton who changed the pace and turned it into a fight where Santa Cruz had to think on his feet. I expect another close and thrilling win for “The Jackal.” Frampton by decision.        –Chris Connor

The first fight was one of the best of 2016, so it’s only fitting that these two go at it again. Frampton was able to land crisp and concise blows in their first contest to Santa Cruz’s wide, looping shots in getting the nod. Leo will have to significantly alter his approach in order to emerge victorious in the rematch. I expect Frampton to use the same formula, with added aggressiveness this time around to win more decisively. Frampton by decision.       –Thad Moore

It’s difficult to envision anything but another entertaining affair between these two. Neither one seems likely to allow the other to pull far away in the fight if they can help it. But Santa Cruz may have leveled out a bit in the first fight, whereas Frampton looks to have the higher ceiling. Frampton by tough decision again.      — Patrick Connor

Going to be a war and closer than the first fight. My money’s on a draw.  — Robert Portis

After picking Frampton in the first fight, ironically I am less certain this time around. Santa Cruz desperately wants to regain his title and there’s no doubt he will bring his best and maybe even fight with an extra level of intensity in an effort to get revenge. This will make for another exciting contest, but the problem is that I don’t see him making any significant stylistic or strategic changes, other than to simply throw more punches. Frampton has a wider array of tools in his arsenal. He has the power to earn Santa Cruz’s respect and blunt the intensity of his attacks. Then when the action settles down, he can out-box LSC with his superior footwork and counter-punching. I see this rematch playing out similar to the first fight, with both boxers having their moments in a stirring contest and Frampton winning another close decision.           — Matt O’Brien

It’s a risky move agreeing to an immediate rematch with a boxer who just got the better of you. I expect Santa Cruz to be desperate and doing all he can to take this fight into the trenches. It will be razor close, but Santa Cruz gets the split decision.    — Michael Carbert 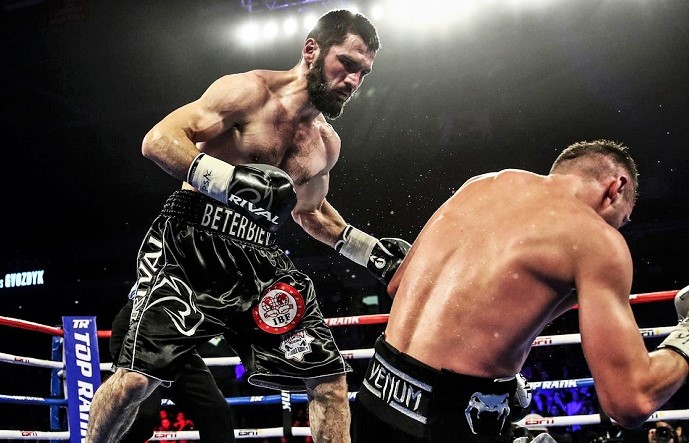 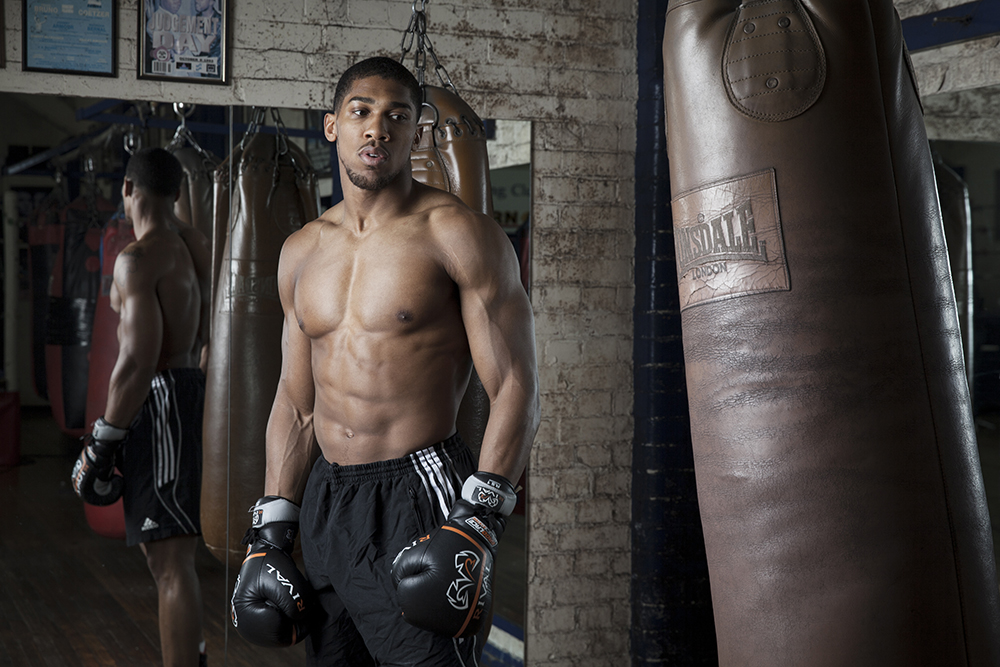