Andre Ward is a fighter who continues to surprise boxing fans and that’s exactly what he did on Saturday night when he stopped the formidable Sergey Kovalev at the Mandalay Bay in Las Vegas. The rematch was a horribly promoted affair and the number of fans on hand for the fight was probably more befitting of an amateur club show instead of an world title contest between two top pound-for-pound fighters, but the action in the ring made up for any lack of promotional nous. 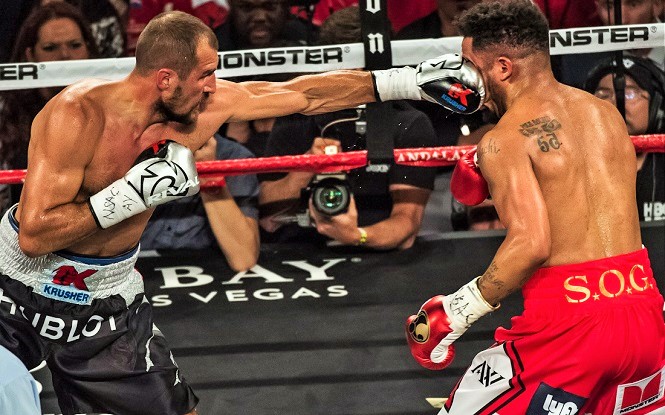 Kovalev, a man with imposing punching power, set about stalking his crafty opponent, while Ward was content to counter and get his work done on the inside. Much like their first clash, the fight was a highly competitive and intense chess match between two of the sport’s very best with some excellent exchanges and high drama. At times it was Ward who looked the better man, his elusiveness on full display as he ducked, weaved and countered Kovalev, but the Russian had his own success courtesy of his constant aggression and a piston like one-two combination. 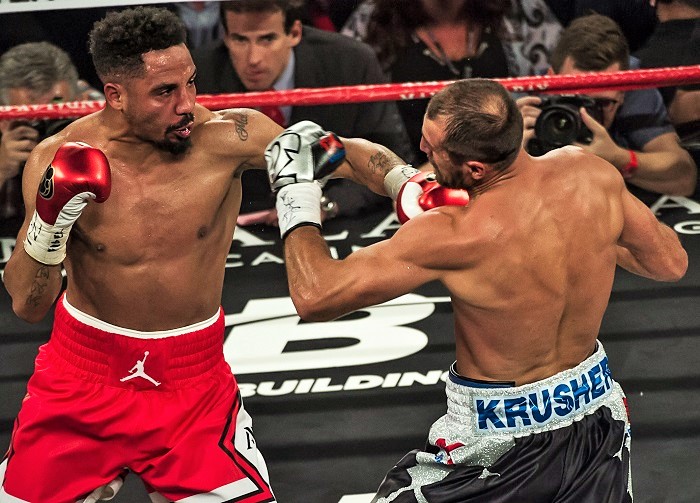 At the beginning of the eighth round it still looked to be either man’s fight, though Ward was starting to gain momentum while Kovalev likely deserved an edge on the scorecards. But unbeknownst to all, the end was near and it would be a controversial finish. As a tired looking Kovalev rose from his stool to start the round, his fatigue was obvious for all to see. His punches lacked snap and his feet seemed to be slowing. Despite this, the challenger pressed ahead. But now catching Ward would prove to be as hard as trying to hold smoke and when Kovalev threw a lazy jab in the middle of the round, Ward countered with a powerful right that landed flush on the jaw. That punch was the turning point of the fight. 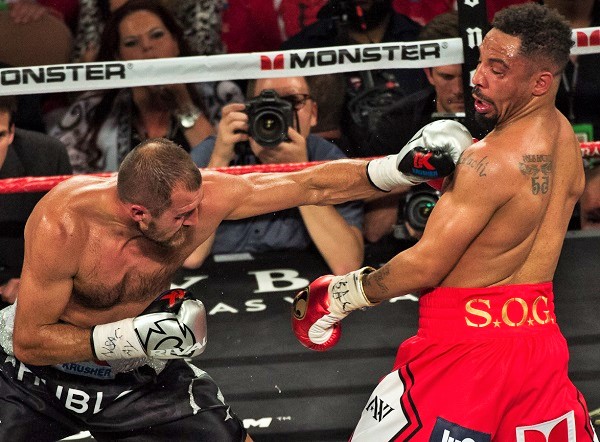 Kovalev’s legs buckled and he tried to clinch but Ward was determined to finish the job. He chased Kovalev around the ring, landing all manner of shots but it was the last few blows that caused the controversy. Fritzie Zivic, better known as the dirtiest champion in boxing history, once said that his best punch was “a left hook to the you-know-where,” and much like a prime Zivic, Ward landed what looked to be numerous low blows on Kovalev. When Sergey dropped his hands and stopped protecting himself, referee Tony Weeks waved it off.

The stoppage was, at best, questionable. While many of the body punches doing damage were borderline shots, the final punch of the fight was clearly below the belt. Weeks could have been intervening to give a point deduction and Kovalev a chance to recover, but instead he waved his hands and gave Ward the victory. Whether or not Ward knowingly hit Kovalev low will likely remain unknown but the ending caused its fair share of controversy. In the post-fight interview, Kovalev, clearly upset with the stoppage said, “This is fighting. We are boxers. Yes he did punch me but he didn’t hurt me. The fight should have continued.” 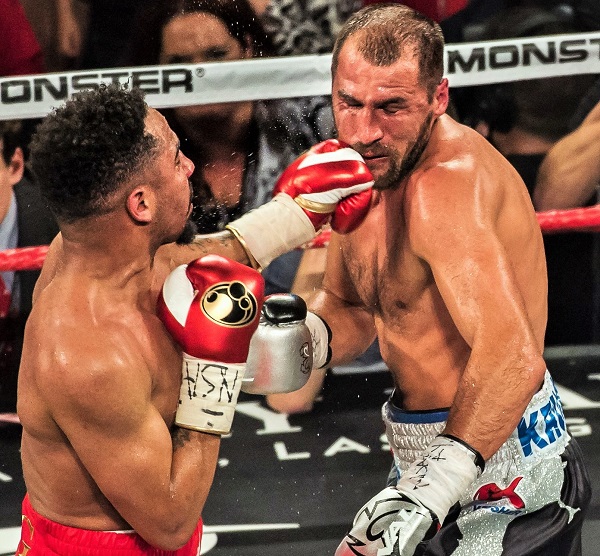 Kovalev is a proud man and the comments mirrored his disappointment but there’s no disputing the fact that Ward was gaining control and dominating just as the Russian began to fade. Despite the highly questionable stoppage, there’s little doubt that “S.O.G.” had Kovalev right where he wanted him after stunning him with that right hand. With the victory, Ward remains undefeated and solidifies his position as the pound-for-pound best fighter in the world. And in his post-fight interview with HBO’s Max Kellerman, he spoke of plans to move up in weight, again. 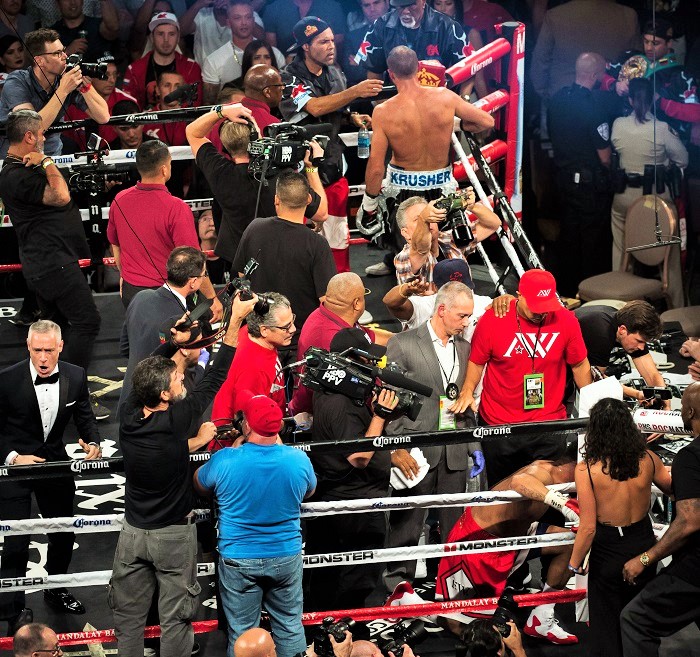 It sounds ridiculous but then again nobody expected the man with the moniker “Son Of God” to actually defeat “Krusher” inside the distance and that’s exactly what happened. I, for one, wouldn’t rule out anything with a boxer as talented as Andre Ward. Whatever comes next, I’ll be watching with a keen eye. 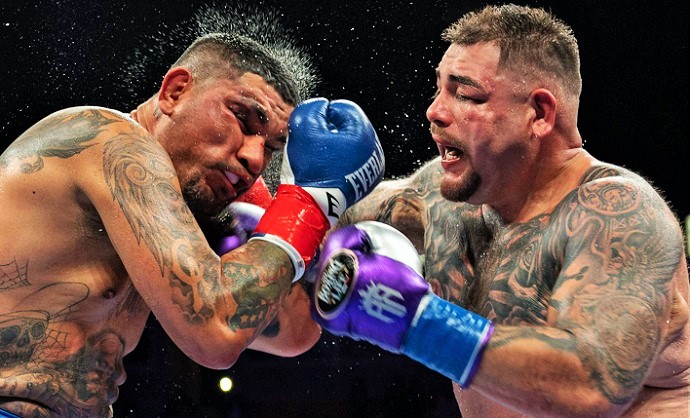 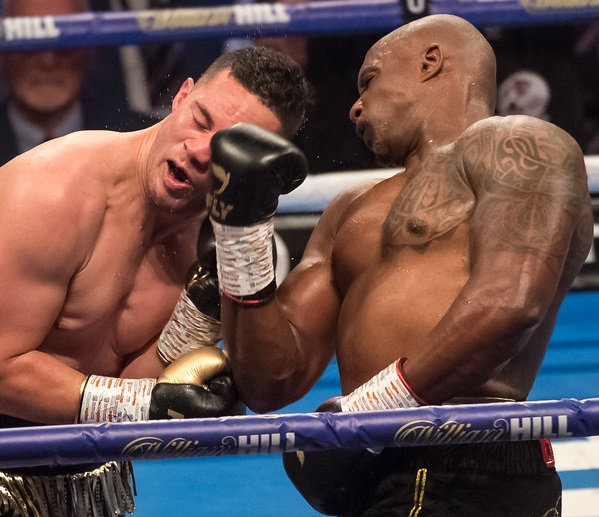 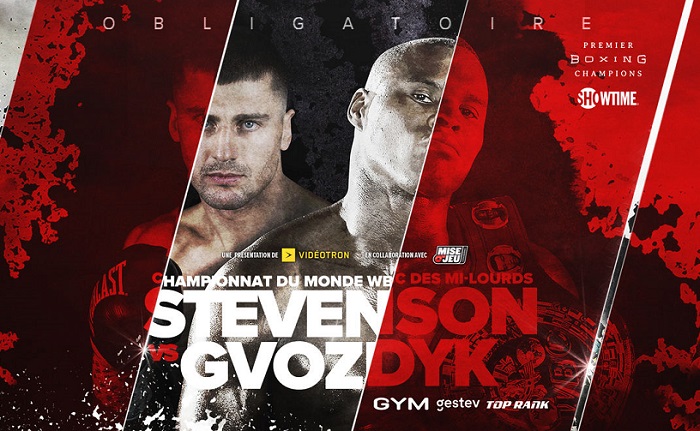