It came down to a close race in our Fighter of the Year balloting between Floyd Mayweather Jr. and Roman Gonzalez and in the end, Gonzalez nipped it. This may reflect a desire to look ahead and move forward as Floyd is now unquestionably of boxing’s past, while “Chocolatito” emerged in 2015 as a bright light for boxing’s future. 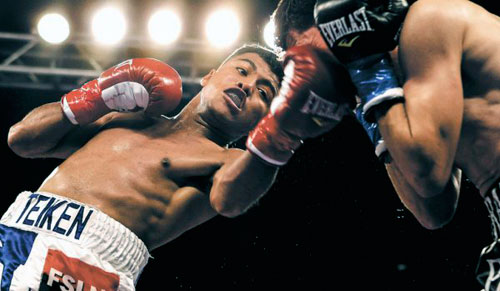 That said, it’s important to note that 2015 was one of those years when the sport lacked a boxer who distinguished himself in a dramatic way from the rest of the pack. All five nominated boxers had, in different ways, excellent years and almost all have been deemed “Fighter of the Year” by various websites and publications.

But from our point of view, the man who achieved a genuine breakthrough was the diminutive Nicaraguan mentored early on by none other than the legendary Alexis Arguello. Indeed, once Floyd Mayweather’s retirement announcement sunk in, many pointed to Gonzalez as the new pound-for-pound king. Accompanying these accolades was widespread exposure in the United States on HBO.

On the undercard of Gennady Golovkin’s title defense against Willie Monroe, Gonzalez defended his WBC flyweight championship against Mexico’s Edgar Sosa. An experienced ex-champion with wins over Giovani Segura and Brian Viloria to his credit, Sosa was supposed to be a serious test but Gonzalez took complete control of the fight within seconds and did not relent until he had what he wanted: a knockout.

The Nicaraguan didn’t bother to warm to his task or feel out Sosa. Instead he immediately applied intense pressure and threw punches in high volume, showing off his excellent footwork and astonishing accuracy. It was clear before the opening round was over that the contest could not last long and it didn’t. The domination continued in round two and Sosa had little reply. To his credit, he did try to fight back but he was outgunned and overwhelmed. Gonzalez’s punch output, precision and balance were simply astonishing. Three knockdowns soon followed and the match was waved off.

Gonzalez’s next outing was also broadcast on HBO, this time on the undercard of Golovkin’s showdown with David Lemieux. Again, many saw the experienced and durable Viloria as a fighter who might at least pose some difficulties and again Gonzalez exceeded expectations. The match was a rout, the referee finally ending it in round nine.

Just as significant as the outcome was the reception Gonzalez received from a sold-out Madison Square Garden. As our correspondent Eliott McCormick reported: “Gonzalez has recently usurped Floyd Mayweather in most pound-for-pound rankings, and this was his first appearance as the new prince. The Garden was emphatically in his corner, its seats filled by legions of Nicaraguans, both real and pretend, and it roared when he was introduced, the cheers appreciating in volume each time one of ‘Chocolatito’s’ strikes found its mark.”

Similarly, the Forum in Inglewood, California was electrified by Gonzalez’s demolition of Sosa. If Gonzalez is our Fighter of the Year because he gave two of 2015’s very finest performances, and because he is now largely viewed as the best boxer in the world, it is also because he offers the fight game fresh hope for a new international star, a champion who is a huge attraction both in Latin America and the United States.

Of course, we’re getting ahead of ourselves. Gonzalez has yet to headline an HBO card, let alone a pay-per-view event, and that may never happen. But to the extent that “Chocolatito” is now one of boxing’s most exciting new attractions and arguably its finest practitioner, both came to light in 2015. And this makes him The Fight City’s Fighter of the Year.        — Robert Portis 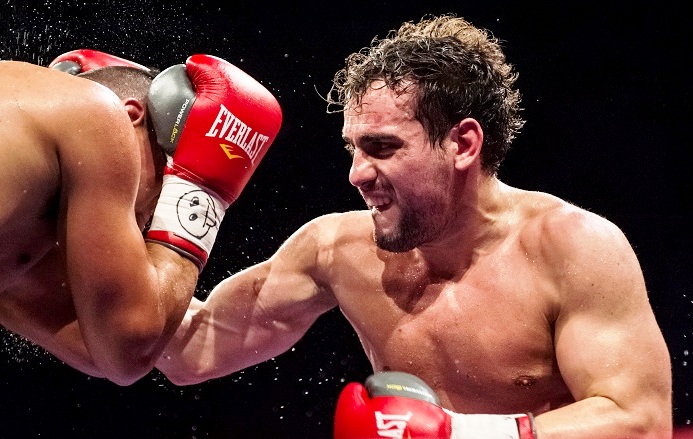 Fight For The Falls Photo Gallery 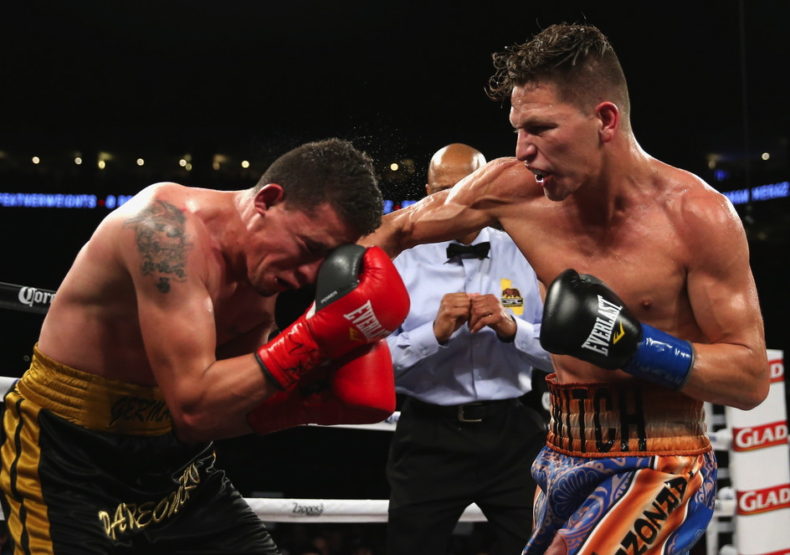