Two awards become one this year as credit for both has been voted to the same boxer, Tyson Fury. The Britisher’s victory over Wladimir Klitschko was both a huge upset and an impressive technical performance which far exceeded expectations. Few, if any, envisioned or predicted the relatively inexperienced Fury befuddling Klitschko as he did and winning at least nine rounds to take a clear-cut unanimous decision. The challenger was a solid 6 to 1 betting underdog, but an even longer shot according to boxing scribes and commentators; more than one pre-fight panel of experts, even in the U.K., were unable to muster a single, serious vote for the challenger. Pundit after pundit foresaw a Klitschko decision victory.

And who can blame them? We had all become accustomed to seeing “Dr. Steelhammer” standing atop the division, piling up routine title defenses like a mechanic stacking spare tires and with about the same degree of entertainment value. One after another the no-hopers were deflated and cast aside, few even managing to win rounds against the huge Ukrainian. He had vanquished 22 consecutive foes and overtaken Larry Holmes to boast the second-longest term at the top of the division, behind only the great Joe Louis. As time passed, it appeared more and more certain that Wladimir Klitschko would become that rare phenomenon: a long-reigning heavyweight champion who retired with his crown still resting atop his cranium.

There was little in the way of concrete evidence to suggest the gigantic Fury possessed the tools to succeed where so many had failed. Sure, his massive size might trouble the Ukranian, but physical dimensions alone do not translate into victory over experienced champions. The giant-sized heavyweight’s record was definitely of the lightweight variety when it came to formidable opposition and while he boasted 18 stoppages in 25 wins, his punching power was not viewed as a potentially deciding factor. And surely Klitschko, the former Olympic gold medallist, was the better technical boxer. If Fury could not physically dominate or bully his opponent, just how did he think he was going to win?

Thus, on November 28th, boxing fans got a double shock, the first being watching the challenger, who so many viewed as unschooled and unsophisticated, outbox the previously dominant champion; the second when the judges’ decision was announced and for the first time in over a decade, Wladimir Klitschko’s hand was not raised.

As happens whenever a long-reigning champion is toppled, the outcome has shaken the boxing world to its core. Gone forever are any dreams of Klitschko firmly establishing himself as one of the greatest of all heavyweights, the overall weakness of his previous opposition and his impotence against Fury rendering such claims preposterous. Confronted for the first time in many years with a ring situation he could not control, the feebleness of Klitschko’s response was surprising to both fans and critics alike. Even if he scores a dominant win in a rematch, the nature of this defeat has permanently damaged his reputation and legacy.

Which is not to take anything away from Tyson Fury’s achievement. After all, it was Fury’s tactics which confounded the more experienced boxer and prevented the champion from seizing control as he customarily does behind a long left jab followed by a well-timed clinch, with the odd power punch thrown in when absolutely necessary. Lee Wylie views Fury’s performance as tactically brilliant, and points to several stratagems which allowed the supposedly unsophisticated challenger to impose his will while at the same time inhibiting the champion. Viewed from this angle, the outcome of the match was not only about what the champion failed to do, the topic which so many focused on following the bout, but more about what Fury did, and how the challenger’s tactics nullified Klitschko’s offense.

“You’re going to school,” said Tyson to Wladimir when they touched gloves. And the lesson appeared to be if you wait and wait for the perfect opportunity to throw your best punch, it may never come. Indeed, Wylie attributes Fury’s win chiefly to his mobility and defensive tactics. With constant movement and countless feints, Fury continually disrupted Klitschko’s timing, never allowing his opponent to set himself to throw meaningful punches. Tyson, not Wladimir, controlled the distance and initiated the vast majority of exchanges. Snapping out jabs from odd angles, switching stances, ducking and deking, and throwing more feints than punches, Tyson Fury dictated the terms and won round after round. The rather odd and ungainly, and not particularly entertaining, dance which these two huge heavyweights engaged in was set to a tune and timing of Fury’s choosing, while Klitschko, for the most part, waited and watched. 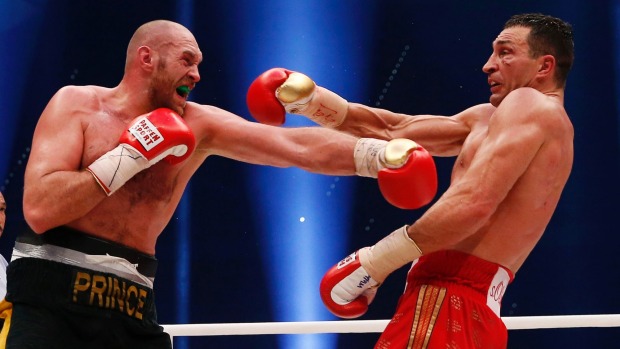 Clearly, this was a strategy planned well in advance with the help of the new champion’s uncle and head trainer, Peter Fury, but to execute it required great conviction, focus and guts. And thus Tyson Fury’s Performance of the Year Award has much to do with the mental game the brash challenger played with the experienced champion prior to the fight. For the psychological edge which Fury worked so hard to gain, with his taunts and trash talk and his dressing up as Batman, spilled over into the fight. Just as Fury seized the initiative and set the tone at the press conferences, dominating the talk and repeatedly insulting the champion, the challenger took charge in the ring, forcing Klitschko to react instead of act, and inhibiting him to such a degree that offensive paralysis set in.

It was an outcome that almost no one expected. And it was a performance which most thought the challenger incapable of pulling off. Thus Tyson Fury is awarded both The Upset of the Year and The Performance of the Year for 2015.    — Michael Carbert 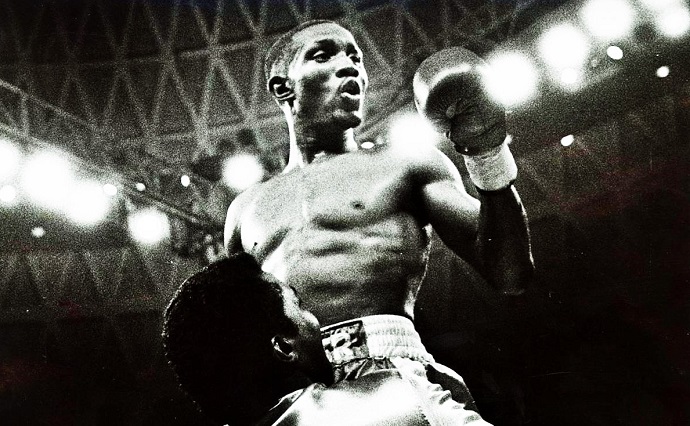 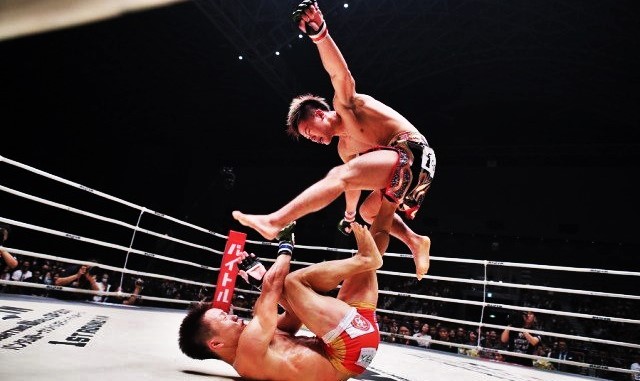