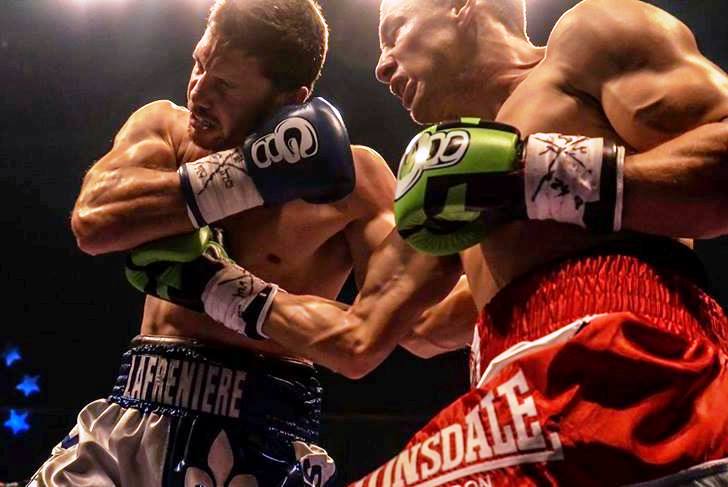 The hard-working team at Grant Brothers Boxing and Rixa Promotions brought their wares to Repentigny, Quebec, a short drive east of Montreal, and fight fans definitely got their money’s worth as the card featured several highly competitive matches and the main event was an absolute war. Unfortunately, the excitement was overshadowed by grave concern at the end of the night for one of the participants as British Columbia’s Aubrey Morrow was taken to hospital following his brave but losing effort against Francis Lafreniere. Morrow being wheeled away on a gurney was a vivid reminder of the risks every boxer takes when they step into the ring. Thankfully, he is expected to fully recover.

The night began with some four round preliminaries. Whitney Bail won his second pro fight with a first round knockout over debuting Redy Hernandez while Jan Michael Poulin (1-1-1) and Daniel Petion (0-0-1) fought to a draw before Dwayne “Diamond” Durel scored a second round knockout over Luke Noel. The Poulin vs Petion match was notable for the ring malfunctioning during the affair; a loud snap was heard, the ropes sagged, and the bout was delayed for several minutes before action could resume.

The next bout was stranger still. For reasons unknown, New Brunswick’s Noel (1-5) spent most of the first round taunting Durel (2-0) and exhibiting complete disdain for his opponent, even dropping his hands and allowing himself to be hit. But in the second round Durel showed his power was for real as a left hook to the body caused Noel to spit out his mouthpiece, start coughing, drop to his knees in his own corner and then vomit. The referee tolled the ten count and signaled the end of the match with Noel still on all fours, his head over a bucket.

Alvin Tam and Roody Pierre Paul put on a lively show in a scheduled six rounder with the busier Paul’s hand speed and more accurate punches allowing him to take an early lead. Tam came on in round three and connected with some heavy body punches but it remained Paul’s fight to lose until the end of round five when Tam, who had been missing most of his big shots upstairs, finally landed a heavy right hand flush on the chin. Paul’s legs buckled but the bell saved him and in round six he sealed the win, showboating as Tam continued to miss. All three judges scored for Paul as he improved to 11-3 while Tam, taking his second consecutive defeat, is now 13-5.

Flavius Biea ran his undefeated record to 9-0 with a one-sided battering of 42-year-old professional opponent Chris Henry (25-27). Biea had all the advantages in this match but was content to control the fight and methodically break down his opponent. Henry, tough but outgunned and far too easy to hit, was rocked by left hooks in round three and hurt again by right hands in round four. His corner signaled surrender before the start of the fifth which was definitely a wise move.

Talented prospect Erik Bazinyan defeated last second opponent Roody Rene in a match which was twice delayed when the overhead lights went out and the ring was shrouded in darkness. Bazinyan scored a knockdown in round two with a left hook to the body and a huge right hand in the third sent Rene’s mouthpiece out of the ring and put him down again. He somehow beat the count and then at the start of round four the overhead lights went out for a second time and stayed off for several minutes. After they finally came back on and the action resumed, Bazinyan took over. He forced a third trip to the canvas for Rene, courtesy of another left hook to the body, and the referee immediately stopped the bout.

Considering the co-main event of the night was Renan St-Juste’s first outing in over ten months, as well as his first since undergoing treatment for a detached retina, the 43-year-old former NABO and WBC titlist looked sharp in front of his hometown crowd. However, it should be noted that his opponent, Jamaica’s Devon Moncrieffe, lacked the power to provide a serious test.

St-Juste (25-4-1) asserted himself from the opening bell though some ring rust was evident in the first two rounds as he missed badly with power shots. The pesky Moncrieffe (12-6) outworked the veteran for stretches, but failed to land meaningful punches. Round three saw St-Juste start to find the range, bringing a cheer from the crowd when he landed a hard left hand. Rounds four and five were all St-Juste as he was now regularly getting heavy shots home, but Moncrieffe, to his credit, refused to buckle and kept firing back.

The pace slowed in round six and in the seventh Moncrieffe was actually enjoying his best round of the fight when St-Juste nailed him with a solid right hook and decked him. After the Jamaican beat the count, St-Juste landed a vicious left hand and a follow up right to floor Moncrieffe a second time and end the contest.

Now it was time for the main event and what many anticipated would be a highly competitive showdown for the Canadian middleweight title. Word was that British Columbia’s Aubrey Morrow (8-2-2) was in terrific shape and highly motivated to take Francis Lafreniere’s strap on the champion’s home turf, while everyone knew the defending titlist fights only one way: toe-to-toe.

The opening round saw Morrow bring the fight to Lafreniere and set a blistering pace, pumping his jab and throwing punches in bunches. The fans who had journeyed from B.C. cheered their man on as he appeared to take an early lead. While the opening frame was action-packed, things only heated up in round two as the match became a bonafide, no-holds-barred slugfest. Neither fighter backed down as the two took turns blasting each other with their best shots and the crowd stood and cheered them on.

The action was astonishingly intense, reminiscent of Ward vs Gatti I, and there was no let up for the next four rounds as both men gave and took heavy punishment. Neither boxer had a decided edge, though one sensed Lafreniere was the stronger of the two and that this kind of fight was ultimately to his advantage. In round six Lafreniere’s superior stamina started to assert itself, despite his sustaining a cut over his right eye, as Morrow began to fade ever so slightly under the constant pressure and by the end of round seven it was clear Morrow was having difficulty keeping up the pace. Lafreniere must have sensed it as well as he attacked with renewed vigor at the start of round eight and a series of left hooks had Morrow defenseless on the ropes. The referee stepped in and stopped the fight 23 seconds into the round.

The match over, Morrow sat on his stool for several minutes as Lafreniere was announced the winner. Normally a fighter would stand and acknowledge the crowd and exchange gestures of respect with his opponent, but Morrow, who appeared dazed, sat and did nothing while his trainers and the ringside physician stood over him. He then abruptly threw up and collapsed soon after, his legs twitching.

Flashbacks to Magomed Abdusalmov were uppermost in this writer’s mind as Morrow was strapped to a gurney and wheeled away to a waiting ambulance. Thankfully, as noted, Morrow did not sustain a serious brain injury and is expected to fully recover. The somber aftermath should not overshadow Lafreniere’s courageous showing. Considering his opponent’s determined and gallant effort, the man from Coteau-du-Lac turned in the performance of the night.       — Michael Carbert 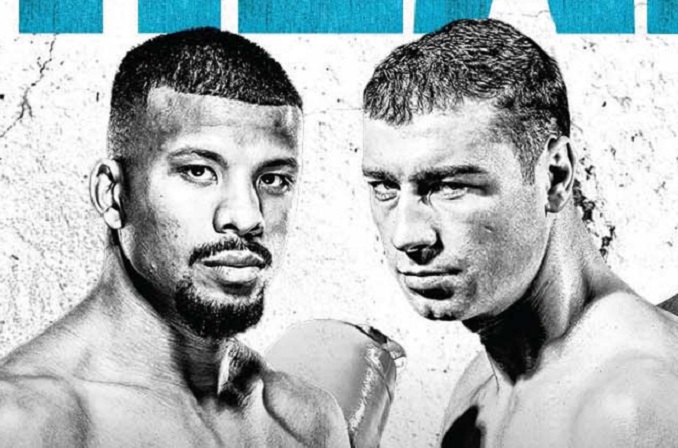 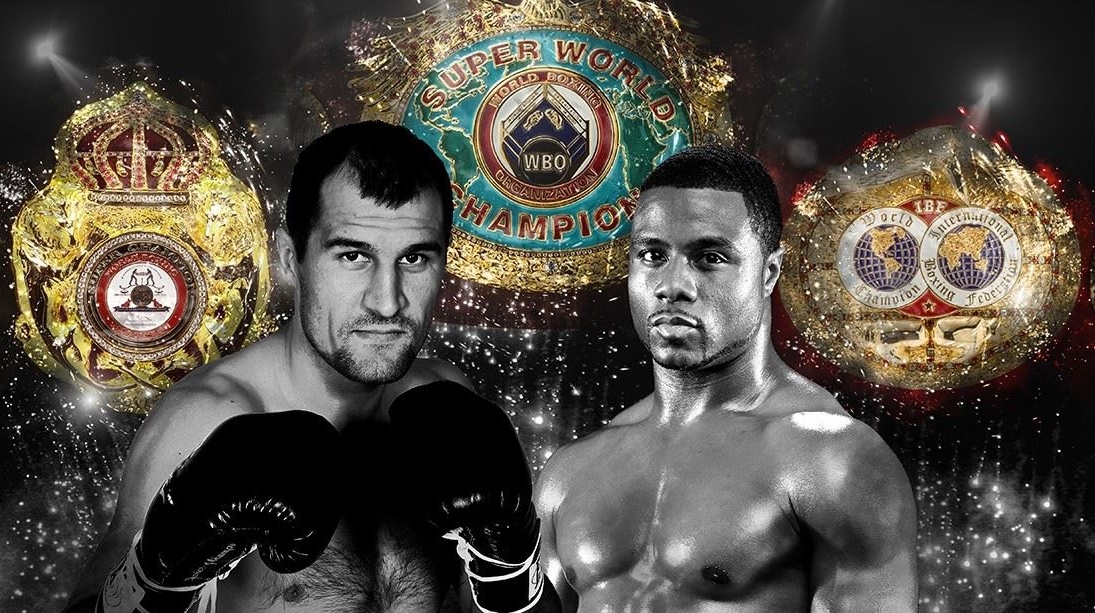 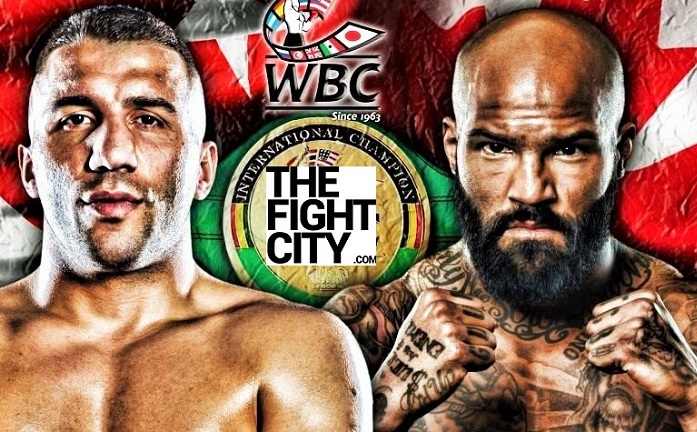