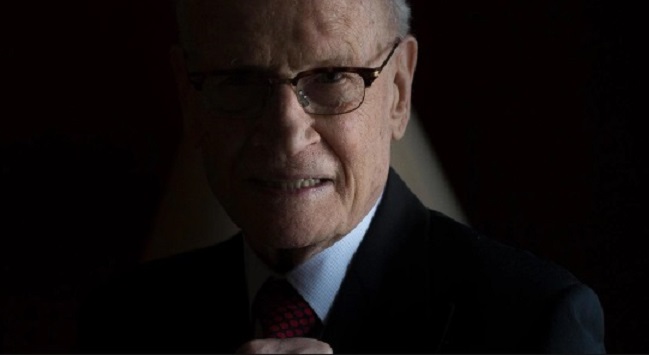 In the sport of boxing, it is often said that the best referees are invisible; when they’re doing their job right, you hardly notice them at all. But while both judges and referees play an integral part of any prizefight, they rarely get the credit they deserve for doing what is, without question, a difficult job. Think about it: when’s the last time you heard a ref or judge publicly praised for performing a solid night’s work?

That said, the International Boxing Hall of Fame in Canastota, New York does recognize long-serving officials in its “Non-Participant” category which includes trainers, matchmakers, and promoters, as well as judges and referees. This coming June the Hall, in addition to inducting former world champions Tony DeMarco, Donald Curry, Buddy McGirt and Julian Jackson, will also welcome a number of “non-participants,” including promoter Don Elbaum, publicist Lee Samuels, and broadcaster Teddy Atlas. But arguably the longest-serving member of the 2019 class is none other than Montreal’s Guy Jutras, who has had a lifelong association with boxing and performed for many years as both a judge and referee. 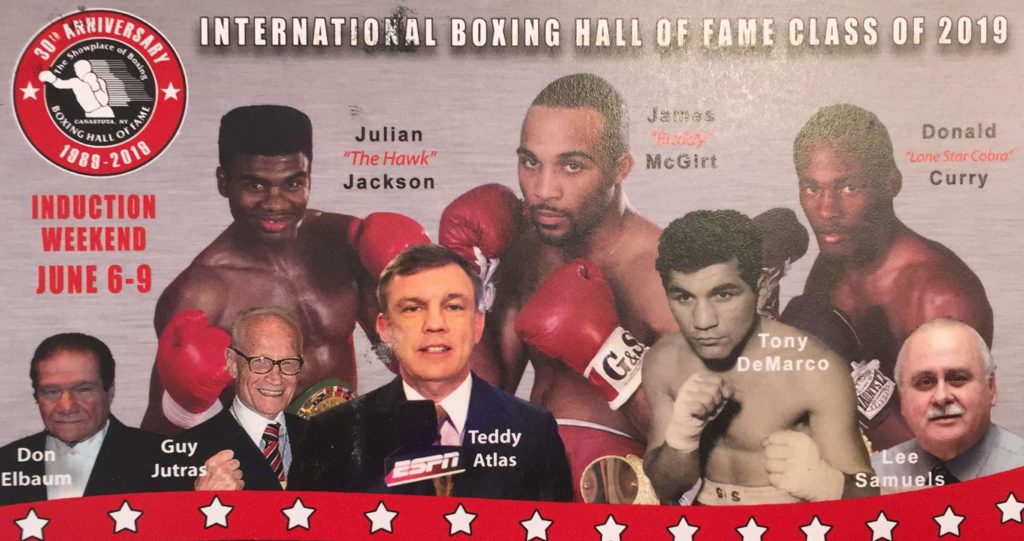 It was as a boxer that Jutras first got involved in the fight game, beginning as an amateur at the former Saint Anthony Boxing Club in the Saint Henri district of Montreal. “When I was younger, I needed to get my butt kicked a little bit and get in shape,” admitted the 88-year-old but still very spry Jutras during a lengthy phone interview. “And the best way to do it was to join up at a gym.” Later Jutras relocated to Halifax, Nova Scotia to serve in the Canadian Navy, where he continued his amateur career, which concluded with roughly 25 contests, including welterweight championship victories in both the Navy and the 1950 Maritime Golden Gloves.

Guy spent two years in the Navy before enrolling at Springfield College in Massachusetts to study physical education and while there he turned pro. In the span of less than a year he went 5-0 with three knockouts, but his fighting days were cut short due to emergency surgery. One of his kidneys had to be removed after he developed a kidney stone and he was later advised not to continue his boxing career.

“I wanted to fight but the commissions wouldn’t let me,” recalls Jutras. “With only one kidney, if you get a punch where it was removed, that could be very serious. I would have liked to continue at least a little longer, but it wasn’t possible.”

But as the saying goes, when one door closes, another one opens. While Jutras’ intention was to become a physical education teacher after graduating from Springfield in 1955, he instead returned to Montreal and took a position with an insurance company and worked in that capacity for 17 years. But while his livelihood was in insurance, he still had a deep passion for boxing and was determined to stay involved. Thus, he started working as a referee in the amateur ranks and after several years he got a call from the World Boxing Association which invited him to officiate at the pro level. Jutras would go on to referee close to two hundred bouts.

“Boxing remained a preoccupation for me but it was not my livelihood,” says Jutras. “On rare occasions a judge could get substantial earnings, say for a main event at Madison Square Garden, but ordinarily the compensation was not great. But I never minded because I wasn’t doing it for the money. To me, boxing was a way of life and I would have been happy to judge or referee without getting a penny for it.”

After working for several years as a professional referee, the WBA encouraged Jutras to try his hand at judging, an invitation he accepted. But to his surprise his very first assignment was not a prelim match or a minor bout, but instead a world title fight at Joe Louis Arena in Detroit between defending lightweight champion Hilmer Kenty and top contender Vilomar Fernandez.

“Looking back, it’s sort of hard to believe, but I had never judged a fight before and my first assignment was a world title match,” recalls Jutras. “And in fact, that’s all I ever judged: world title fights. I had the experience so I knew what I was doing, but normally you start out in the amateurs and if you get a reputation for being a good judge, then you move on. I had no experience in judging, so in fact I went to Detroit thinking I was going to be the ref for the fight, but then a guy says to me, ‘You’re sitting there.’ And I said ‘What?’ And that’s how I started as a judge.”

Jutras went on to be a ringside judge for numerous major clashes including title bouts involving such big names as Pernell Whitaker, Marvelous Marvin Hagler, Felix Trinidad, Aaron Pryor and Manny Pacquiao, just to name a few. And naturally this also led to traveling the globe and visiting numerous countries, something that his insurance career could not have afforded him. “Boxing gave me the chance to travel,” he says. “To see the world and actually be paid to see the world. That was a fantastic reward.”

But while the reward was great, the job still came with immense responsibility. That wasn’t more evident than when Jutras was the third man in the ring for the Canadian lightweight title match between Gaetan Hart and Ralph Racine in Montreal on May 7, 1980. This bout stands out in Jutras’s mind because of its conclusion and aftermath. In the twelfth and final round, with Racine taking punishment against the ropes, one punch caused his eyes to roll back and Jutras immediately stopped the fight. The fans booed loudly in reaction, thinking Jutras had given the local fighter a premature victory and Racine’s corner was especially furious.

“I thought they were going to punch me out,” recalls Jutras. But on his way back to the corner, Racine collapsed and lost consciousness and had to be rushed to the hospital, where he underwent emergency brain surgery.

“I went to the hospital,” recalls Jutras.  “And the guy was out like a light and we didn’t even know if he was going to survive. The next day his mom called and she said, ‘I was there at the fight and when you stopped it I was very mad, but now I got to say I’m thankful to you.’ That ordeal really left a big mark on me. As a referee, you have a fighter’s life in your hands. That was a profound experience.”

Although Racine would ultimately recover, afterwards Jutras contemplated whether he wanted to continue in the sport. He did and eventually became a chairman of officials for Boxing Canada as well as fulfilling a host of important roles with the WBA, including ringside inspector and supervisor, executive committee member, and chairman of officials. But when reflecting on his career, Jutras attributes his success as a referee to his prior boxing experience.

“I think the difference is that when you’ve been in there taking the blows, you have a better sense of what could be dangerous. I think that helps with understanding the reactions of the boxers and making good decisions. You can judge things a bit better when you’ve taken a few punches yourself.”

Having had such a long career in boxing, there are numerous significant moments and milestones for Jutras but when asked which stands out most to him, he recalls one fight in particular. It was December 4, 1983 at a packed Montreal Forum, the crowd there to see a showdown of two Montreal boxers for the Canadian welterweight title, Mario Cusson vs Davey Hilton Jr. In the third round, an accidental clash of heads caused a deep cut on Cusson’s forehead and Jutras decided to step in. He went to the commissioner and explained that it was an accidental foul and that he reserved the right to declare a technical draw if the cut got worse. And that’s exactly what happened. Jutras had no choice but to halt the match and that’s when the trouble started.

“No one understood what the hell I was doing,” recalls Jutras. “Even the commissioner was flipping through his rule book trying to figure it out. When they announced the match was over and it was a technical draw, the fights started breaking out all over the place and the Hilton people were looking in my direction and I thought they were going to kick the hell out of me. It was Cus D’Amato, who happened to be in the Hilton corner, who saved my butt. He was the only guy in the building that knew about that rule. That was probably the most significant or hazardous situation that occurred to me. I was glad I was able to get out of there without getting punched.”

Jutras was also the third man in the ring for a memorable title fight between WBA featherweight champion Eusebio Pedroza and Juan Laporte in 1982. With the recent news of Pedroza’s death due to pancreatic cancer at 62 years of age, Jutras, showing his long-term memory is still sharp, vividly recalled that fight. “I had to take three points away from him but he still won the fight. But I thought he would be mad at me for doing that, but not at all, he was quite friendly and took it pretty good. He was quite a guy, the nicest guy.”

But despite all the matches he oversaw or judged or refereed, and despite his long career in boxing, Jutras never expected to receive the highest honour possible. And upon getting the call that he was chosen to be part of the 2019 Class of the International Boxing Hall of Fame, Jutras was thrilled.

“To be very candid, that was a feeling like no other,” he says. “That’s the highest honor and I never counted on that. But I am twice as pleased because I am at least still alive to know that I ended up in Canastota. Just at the time when I thinking, ‘Well, this is where I get forgotten,’ and then instead I get that call. It is such a nice compliment, I can tell you.” 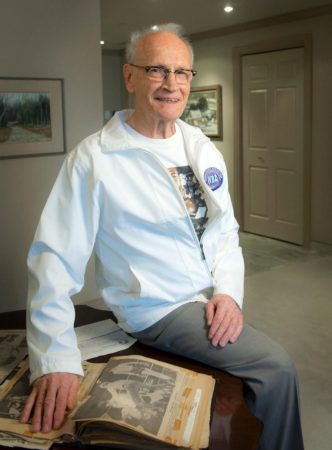 And Jutras is especially pleased to be joining Arturo Gatti in the Hall of Fame, someone whose memory he holds close to his heart. “Arturo was like family to me. I knew him well, I loved the guy, and I still got pictures of him here in my home. He never did find out that he was being inducted, although we certainly suspected it.”

Jutras will join an exclusive class of Canadians in the Hall of Fame, including the likes of Gatti, Lennox Lewis, George Dixon, Sam Langford, and Jimmy Mclarnin, among others. Jutras feels honored to be part of that group and is looking forward to being in Canastota for induction weekend this coming June. And when they call his name and he officially becomes part of the Hall, boxing fans and media will have to acknowledge the excellent work done by a judge and referee, instead of meting out the criticism. But if there was ever someone deserving of that, it’s Mr. Guy Jutras, a man who has spent a whole lifetime in the fight game.          — Jamie Rebner 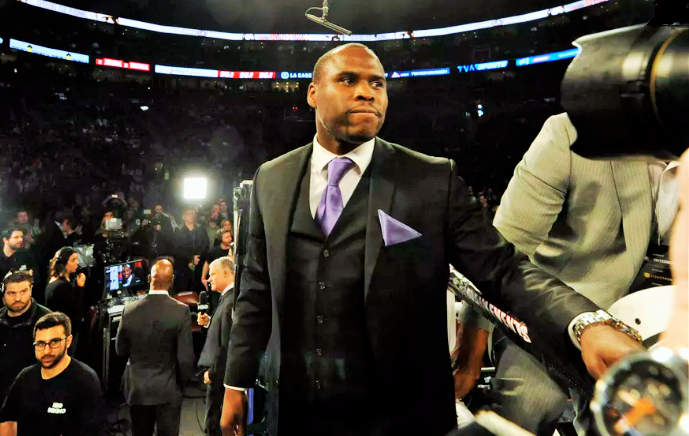 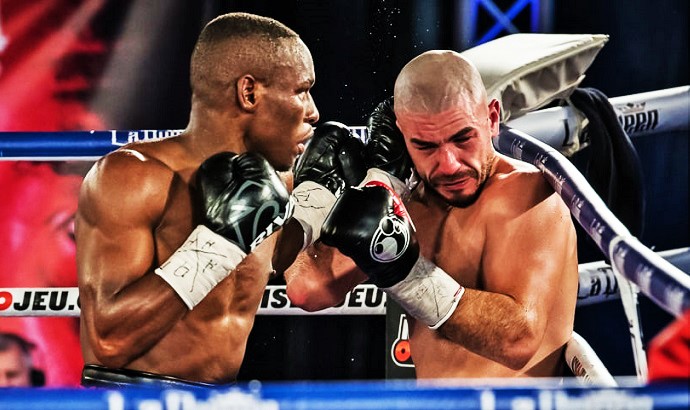 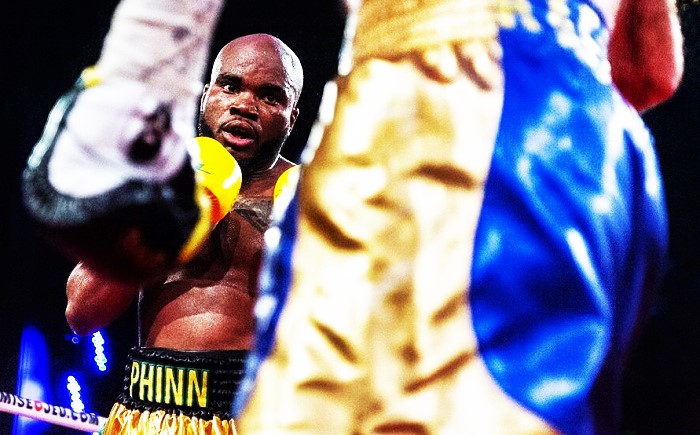