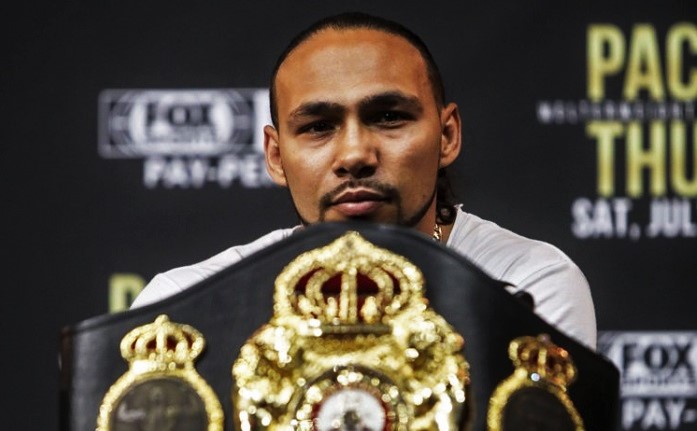 For my money, there is no hotter and more tantalizing division in boxing today than the welterweights. Historically, the 147 pound weight class has been the home of some of the most prominent fighters in the game and so it is today. As everyone knows, right now there are six names that stand above the rest of the field: Shawn “Showtime” Porter, Keith “One Time” Thurman, Errol “The Truth” Spence, Terence “Bud” Crawford, Manny “Pacman” Pacquiao and Danny “Swift” Garcia.

Of the six, the public consensus is that there are two truly elite talents who are part of the “pound-for-pound” conversation, two boxers who everyone hopes will clash sometime soon, those being Crawford and Spence. Over the last few months, people have even been comparing that match-up to such stellar pairings from welterweight history as Leonard vs Hearns, Robinson vs Gavilan and Duran vs Leonard. And it’s true: a Crawford vs Spence match should be a legit superfight.

But count me as one boxing fan who thinks we have a superfight already signed and sealed for next month. And who also thinks Crawford vs Thurman or Spence vs Thurman are just as fascinating, if not more so, than the bout so many are clamoring for. Further, I also believe that many have lost sight of the other elite talent in the division who is in his physical prime, undefeated, and who could still go on to prove himself to be the best of the best. So let me remind everyone not to overlook Keith Thurman, the other top welterweight who, in my view, is the best pure boxer on the planet at 147. After he sends Manny Pacquiao into retirement on July 20th, hopefully more fans will finally give “One Time” his just due.

Because the fact is Thurman has become something of a disregarded talent. And while I don’t agree with that, I understand why this has happened. Despite his being undefeated and holding the WBA belt, the fact remains he’s had just three fights in three full years. After edging Shawn Porter by close decision in 2016 and then defeating Danny Garcia, my opinion was Thurman had clearly done enough to establish himself as the best welterweight in the world, not to mention one of the best in the game pound-for-pound.

But all the momentum that Thurman built up simmered down in a hurry because of injuries and inactivity, which drove the average boxing fan absolutely bonkers. There was the surgery on his right elbow that knocked him out of action for several months. Then he bruised his left hand and that kept him out even longer and he was forced to vacate his WBC title. But after being inactive for almost two full years, he got back in the ring against Josesito Lopez in January and dusted off some of that ring rust by winning a competitive 12 round battle.

But the thing is, nobody seemed to care that much. By the time Thurman returned, the boxing world had moved on to Crawford and Spence. We were sick of this competing “one time a year” nonsense. Fight fans were tired of waiting and were also tired of the injury excuses, despite them being totally legit, and after a while it seemed like Thurman was universally relegated to being an afterthought.

But I’m here to tell you that it’s a mistake to write him off. Because the simple truth is that, Manny Pacquiao aside, no other active fighter has compiled a better resumé at welterweight than Thurman.

Who is Spence’s best victory against? Mikey Garcia? We’re talking a blown-up lightweight who had no business trying to compete with a full-fledged welterweight. That was a pitiful performance from Mikey. Kell Brook? A highly-rated welterweight, but he was already damaged goods, a beaten man, coming into the fight after being torn to pieces by middleweight Gennady Golovkin. Lamount Peterson? We’re talking a shot fighter by that point whose best days were at 140, not 147. Bottom line: Spence just doesn’t have a true showcase win over an elite welterweight, while Thurman has two: Porter and Garcia.

And Crawford’s resumé at welterweight is even lighter than Spence’s! No one saw Jeff Horn, Jose Benavidez or Amir Khan as serious threats to “Bud,” who is rated by many as one of the top three boxers on the planet, pound-for-pound. Horn is a one-hit wonder who got a hometown decision over Pacquiao in 2017 and has achieved nothing else of note. Benavidez was a 24-to-1 underdog! And the Khan fight was as pointless as Spence vs Garcia, but no one should have been surprised. Khan’s last win over a top welterweight happened in 2014!

But not only is Thurman a more accomplished boxer with a stronger record, he also has the style to give both Spence and Crawford all kinds of problems. Call me crazy, but I would pick Thurman to beat both as I believe “One Time” is more versatile and athletic than either Spence or Crawford. He also has better footwork and is more responsible defensively. Additionally, his power is more than enough to command respect. I envision Keith using plenty of movement as, round after round, he stays one step ahead of both men. Spence and Crawford will be chasing Thurman but landing little as their patience grows thin and “One Time” piles up the points.

Yes, “Bud” and “The Truth” are talented and dangerous, but Keith has the skills to neutralize both. Think Ray Leonard vs Marvelous Marvin: plenty of intelligent movement, excellent footwork, and choosing the right moments to land telling shots. Those tactics might not be fan-friendly, but that type of canny gameplan is going to make it hard for two mostly flat-footed boxers to land their shots and take control as they’re accustomed to doing. I think Thurman is quicker than both men at getting off his shots, and his timing and explosiveness will enable him to win the exchanges.

All that said, right now both Spence and Crawford would likely be favored by the experts to defeat Thurman and, to some degree at least, that makes sense. Both have been more active of late and Keith didn’t exactly look sensational in his most recent outing. And there’s always the question of whether his injury problems could resurface and be a factor.

But I maintain the best welterweight in the world is the guy almost everyone is relegating to the sidelines. Just wait and see: after he dominates Manny Pacquiao next month, his name will be right back into the conversation about who is the best welterweight in the world today. More to the point, he’ll be ready and waiting to take on the winner of a proposed Spence vs Porter bout. And hopefully, Terence Crawford too. But for me, he’s already there, already number one at 147. And I believe time, and Keith himself, will eventually prove me right.                  — James Simpson 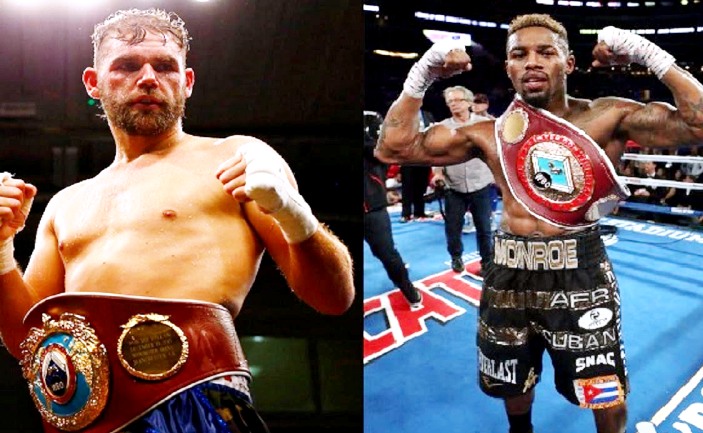 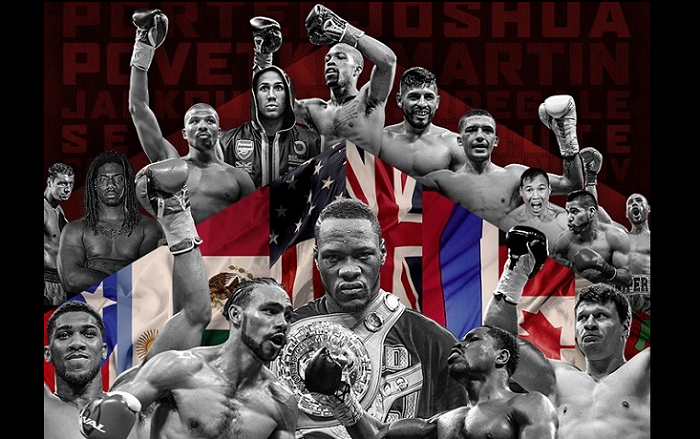