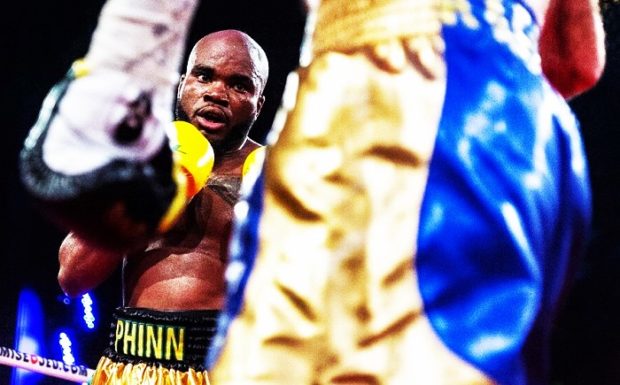 As reported by Jamie Rebner on your number one independent boxing website, the big Grand Prix weekend saw a solid fight card go down at the Montreal Casino, courtesy of the hard-working folks at Groupe Yvon Michel, with seven bouts and a main event match that represented a key turning point for one rising, young contender. Freelance photographer Kieron Yates was ringside and got some excellent shots so herewith an exclusive photo gallery from Saturday’s show. It’s another chance to relive the action as several fledgling pros got important stepping-stone wins, and the man they call “The Jamaican Juggernaut,” Shakeel Phinn, secured victory number 21, as well as two new title belts and a guaranteed world-ranking. Check it out: 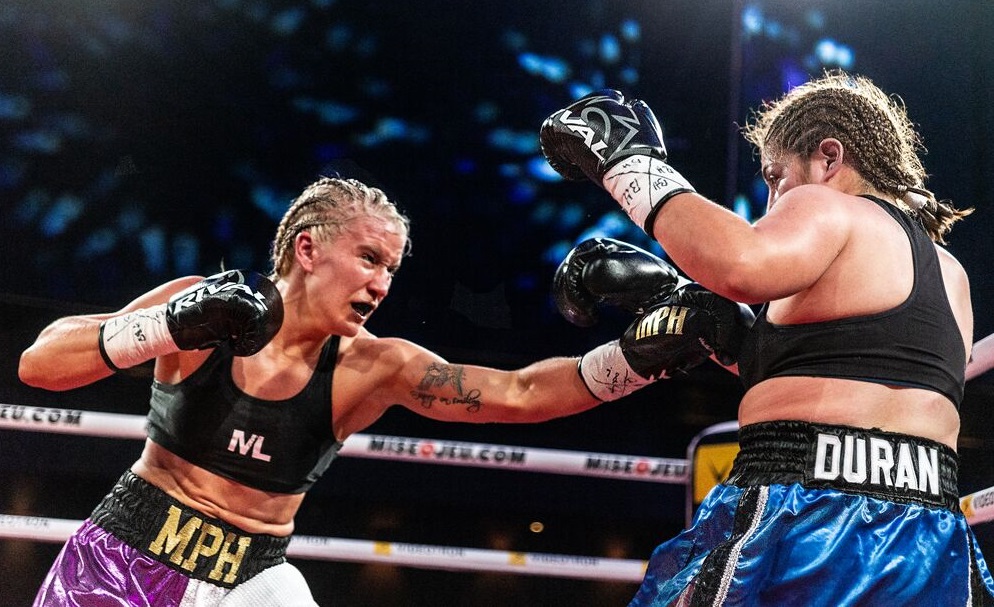 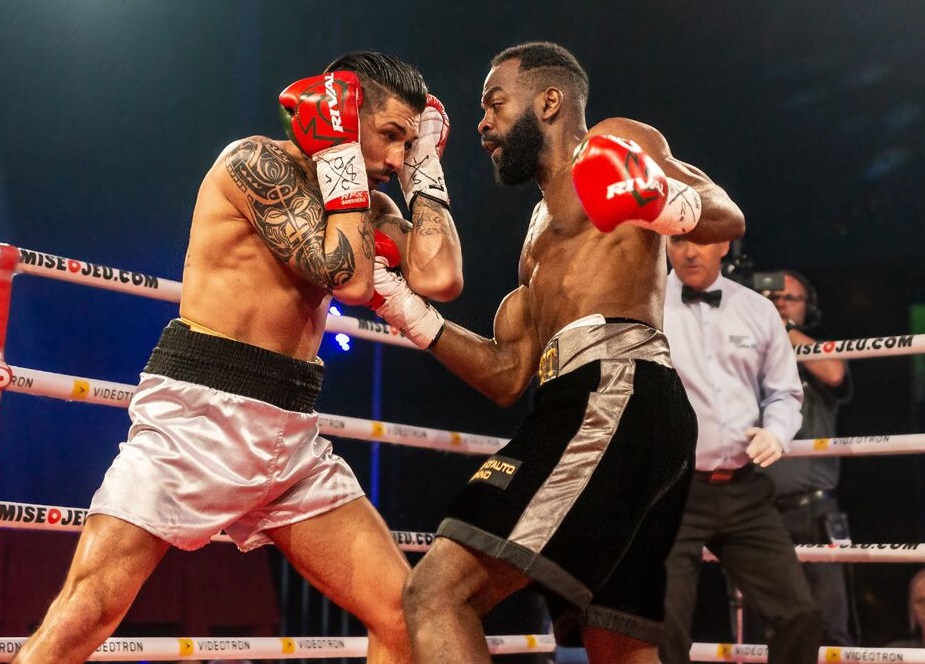 Dwayne Durel and Roodsy Vincent mix it up. 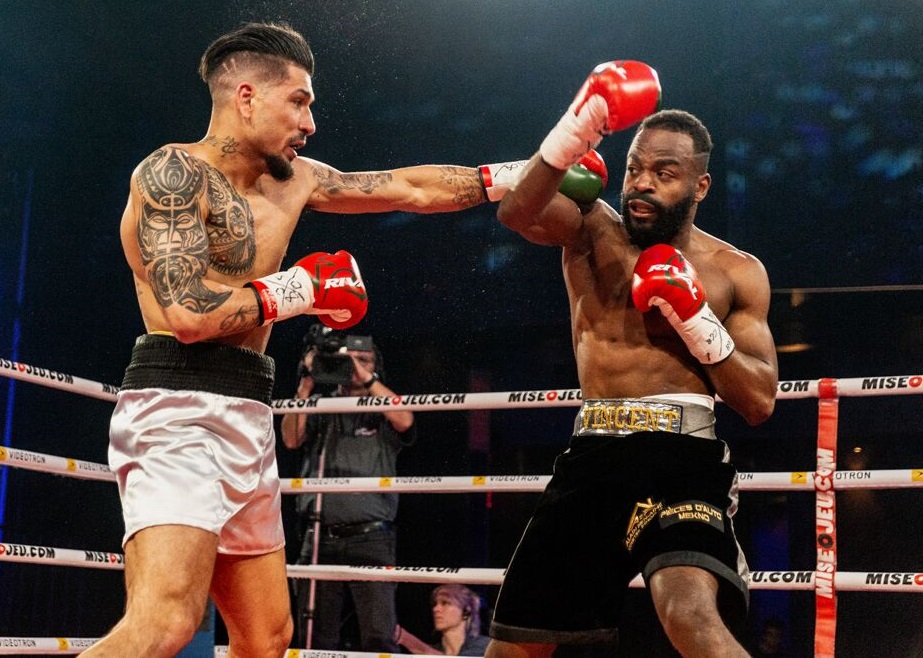 Vincent (right) got his fourth pro win with the points victory. 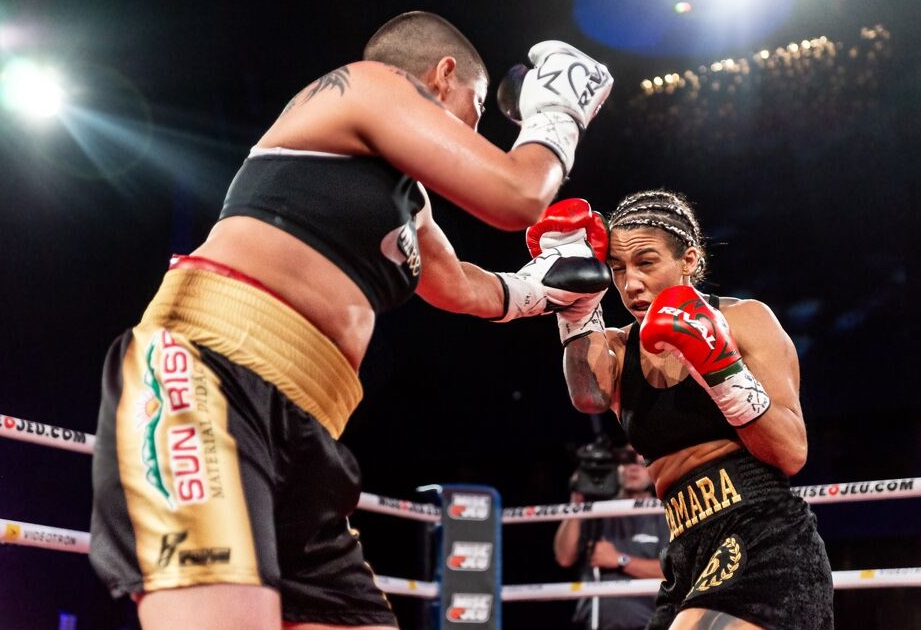 Montreal’s Jessica Camara had her hands full with Dalila Velazquez of Mexico. 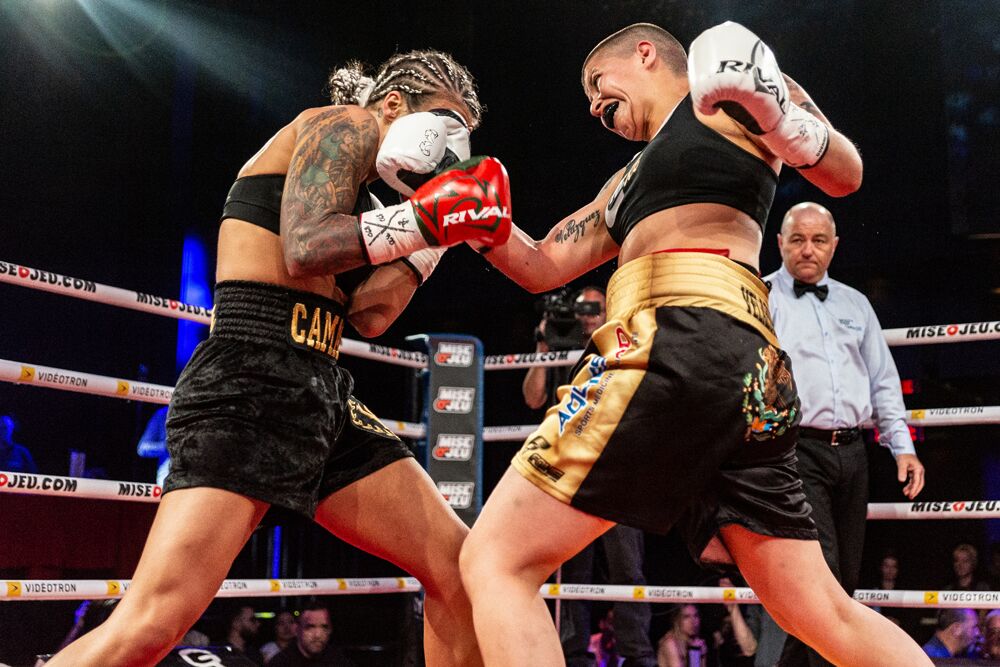 Velazquez takes the fight to Camara. 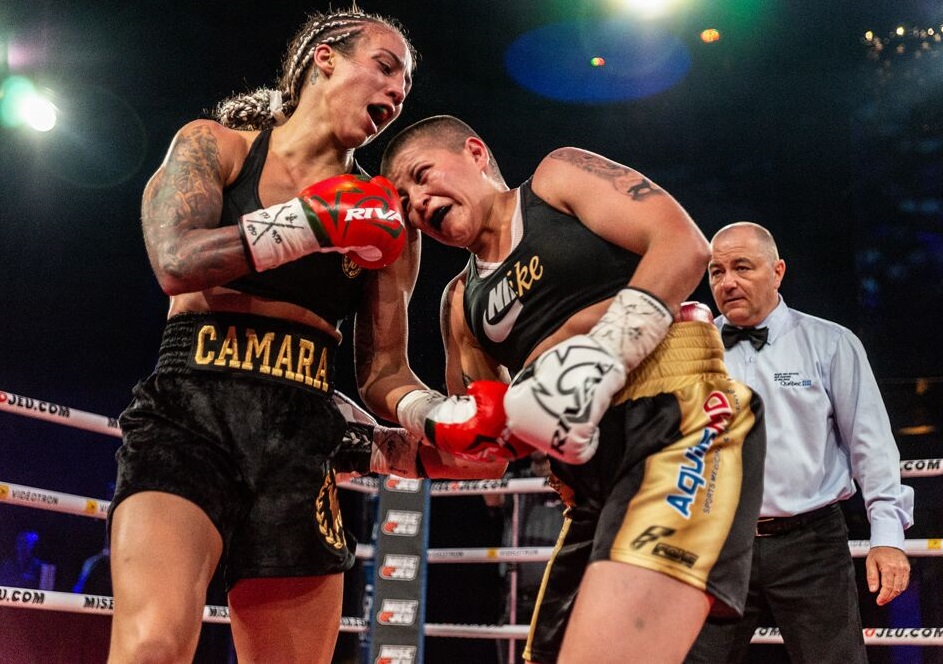 And “Cobra” Camara battles back to get the decision. 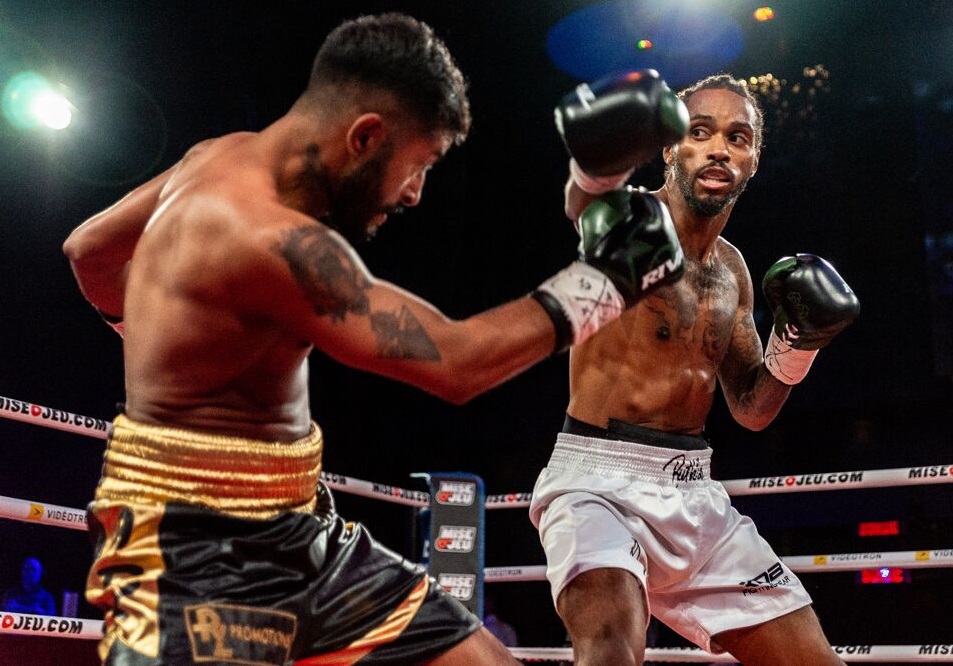 Undefeated Whitney Baille follows through with a jab on Julian Mendo. 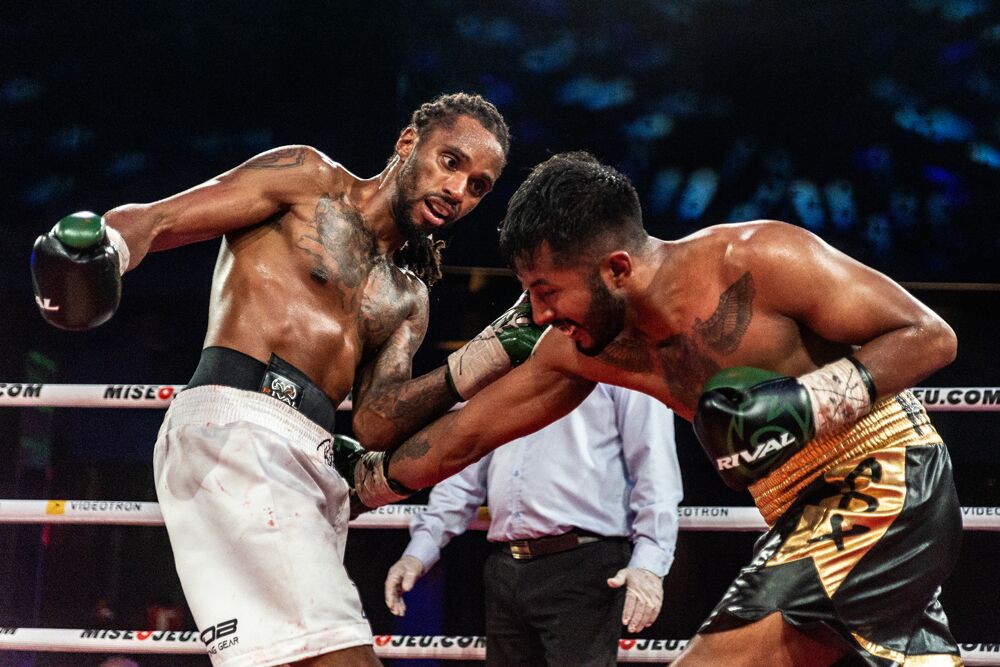 Baille was rocked in the last round but survived to get the hard-earned win. 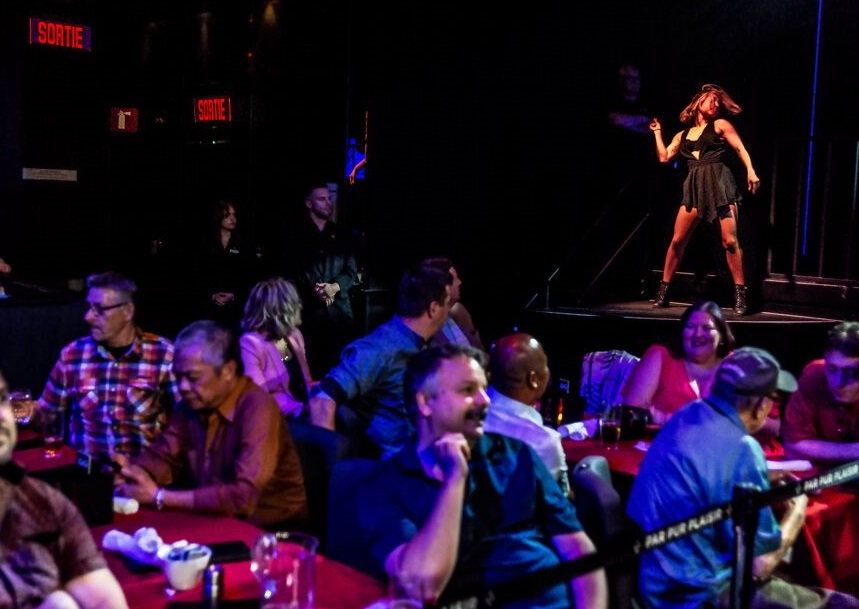 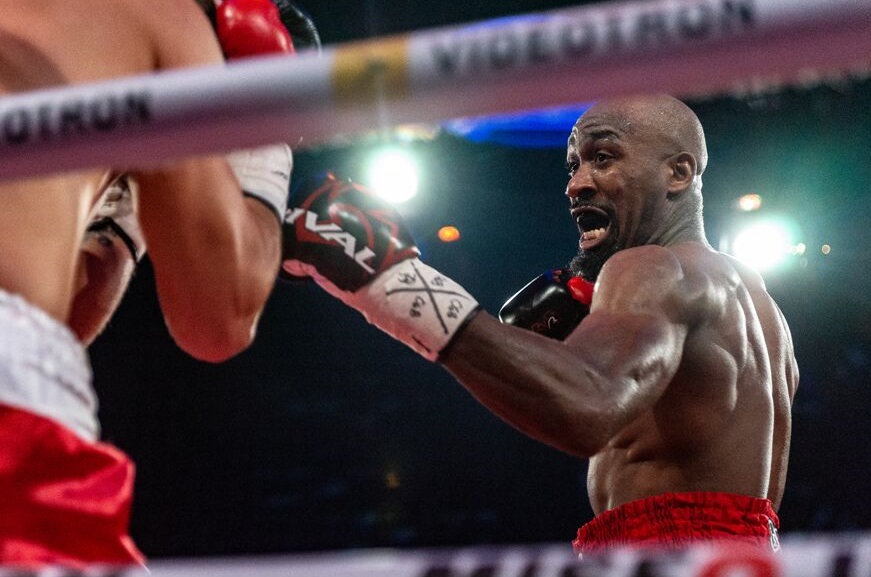 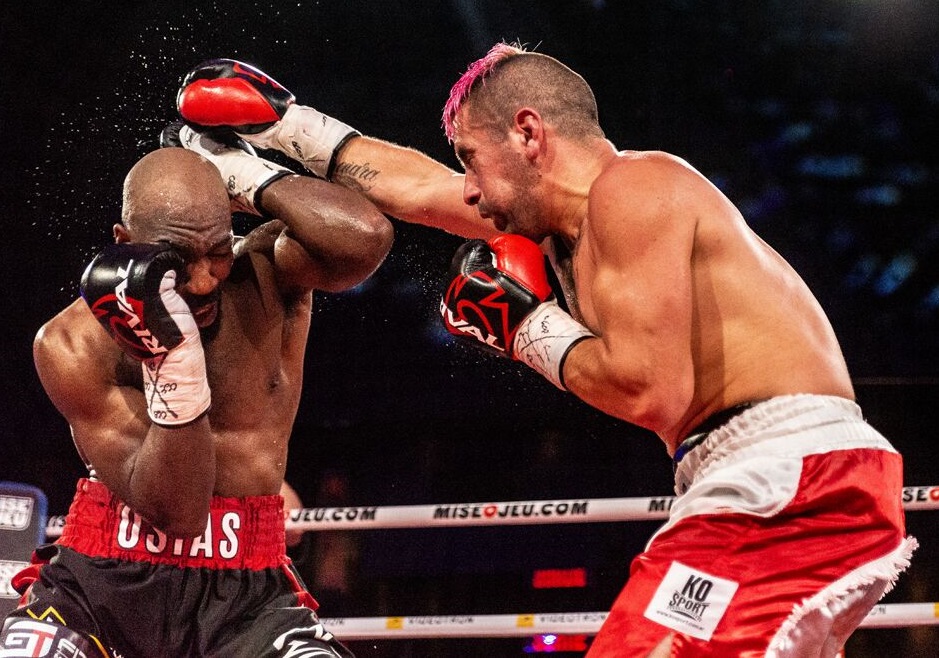 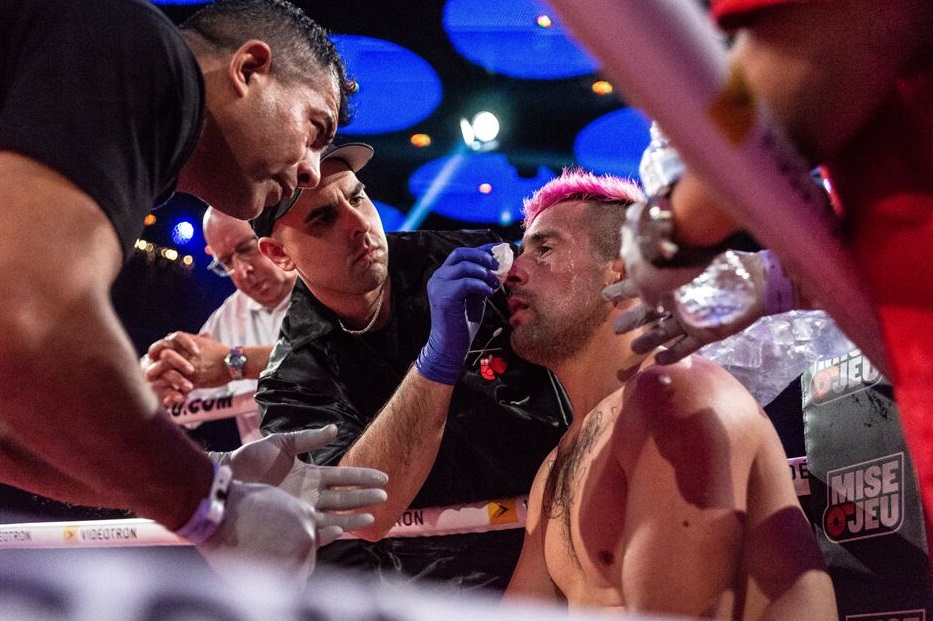 Corso in the corner: he gave the local prospect solid work but all three judges saw it for Osias. 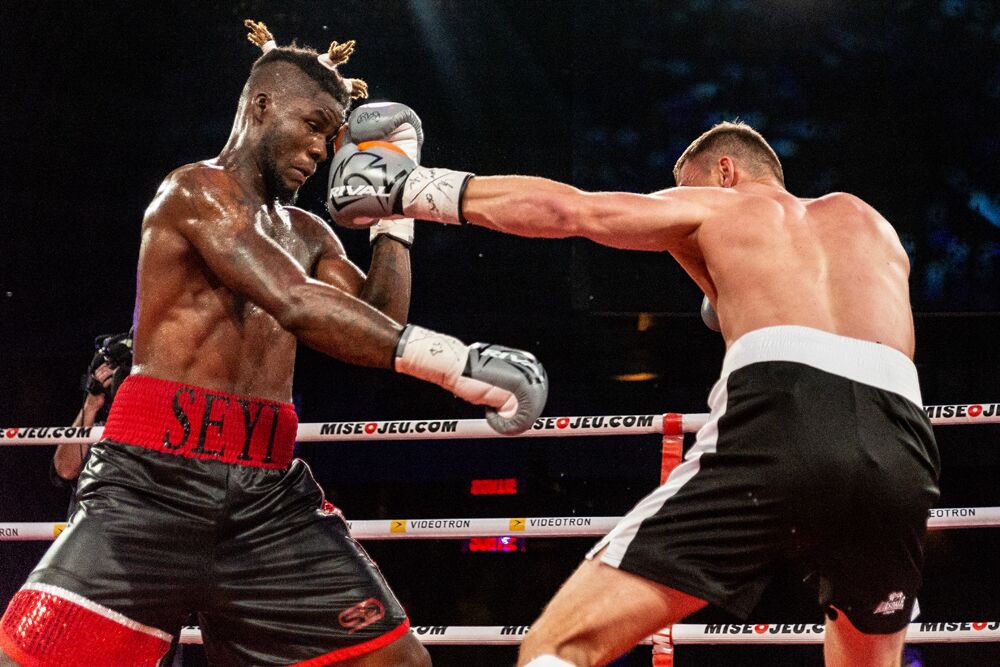 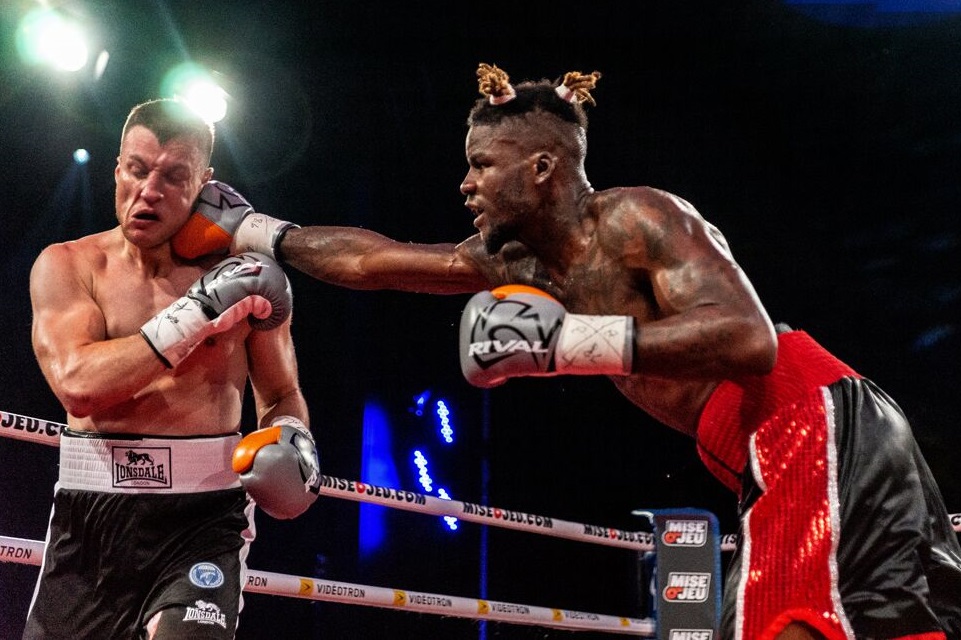 “Free Boy” scores with a right hand. He won by third round TKO. 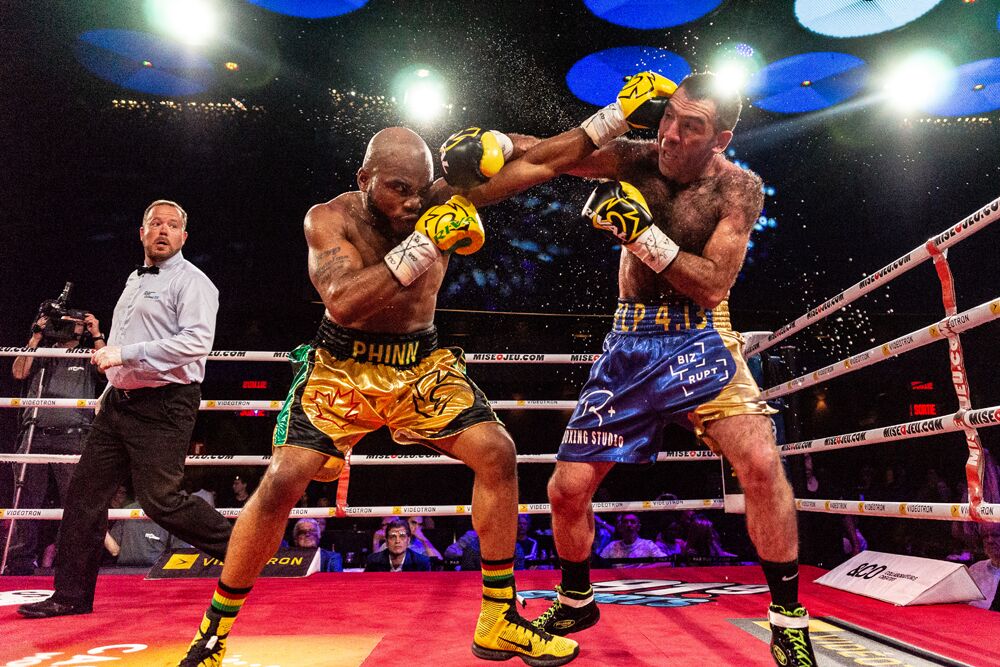 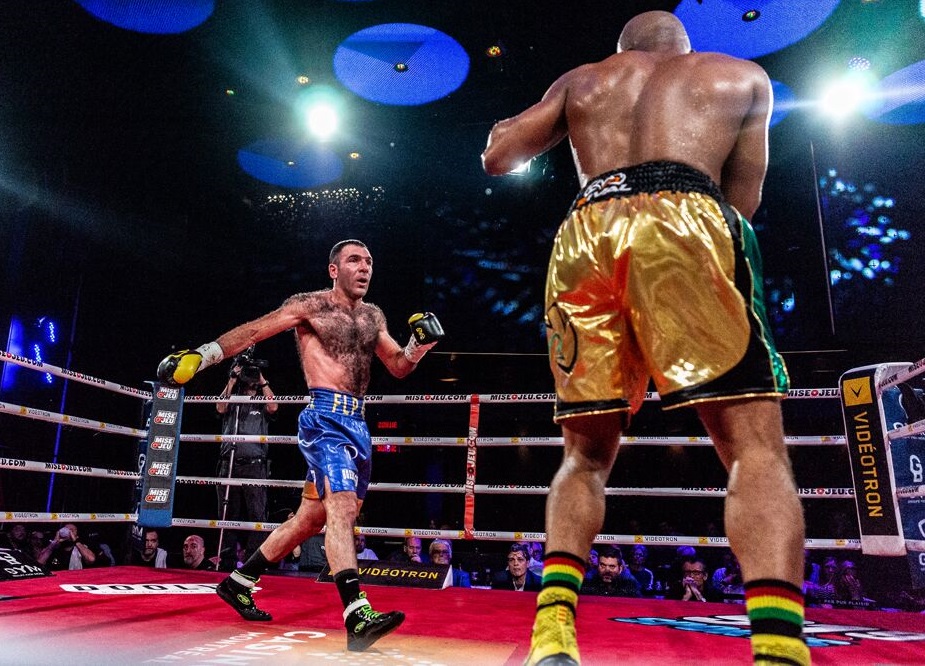 Rafael came to win and it showed. He gave Phinn one hell of a fight. 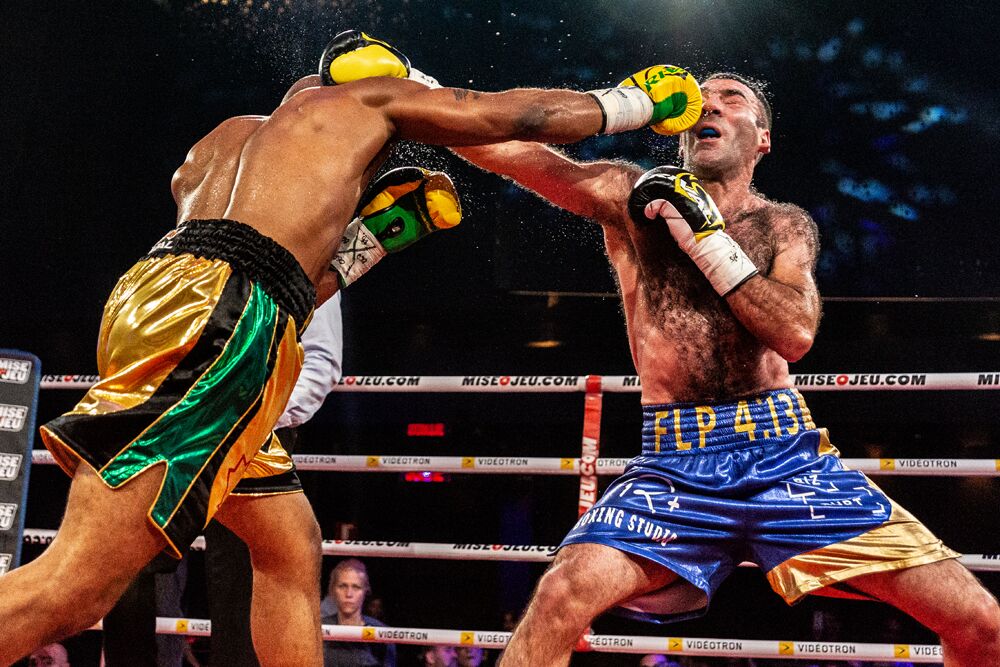 Phinn slips the jab and lands the counter right. 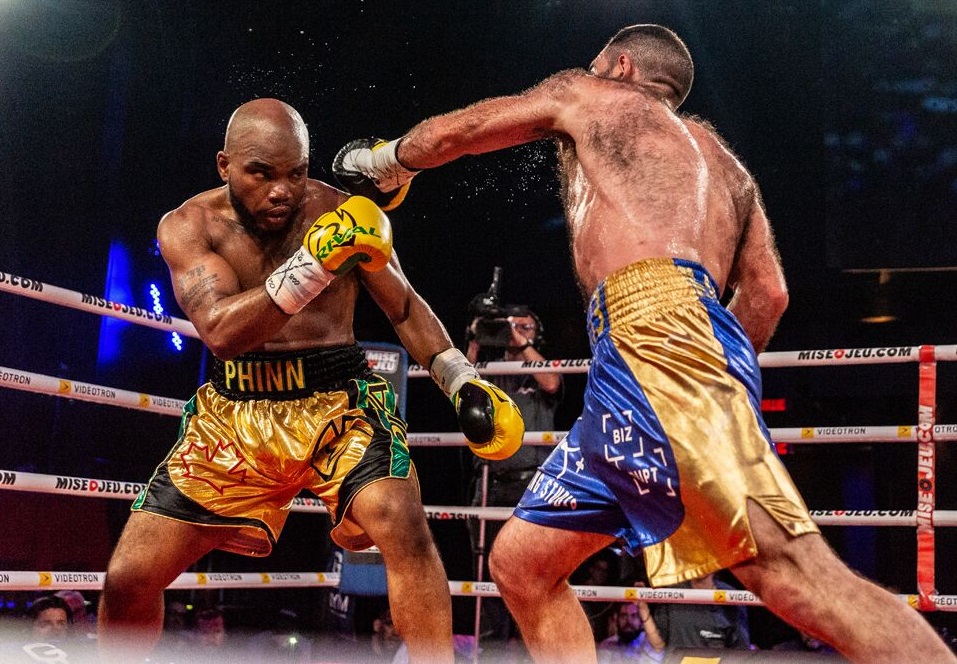 As the bout entered the final round, Shak continued to hunt for the KO.

Rafael is on the ropes and in trouble. No one can question Phinn’s power. 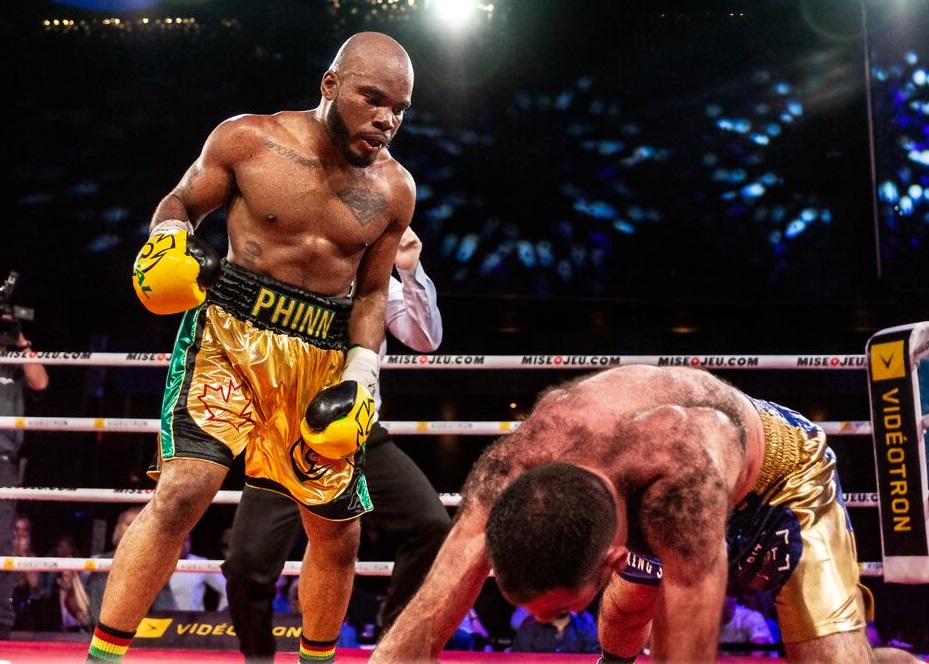 Rafael down from a big right hand. To his credit, he rose and tried to fight on. 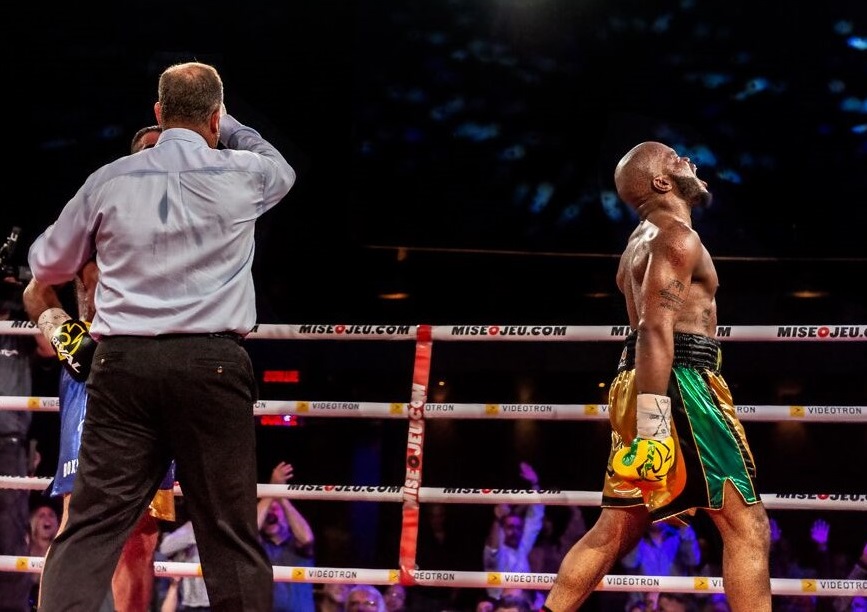 The bout is stopped and “The Jamaican Juggernaut” exults. Now 21-2-1, Phinn is also the new NABF and IBF North American super middleweight champ.