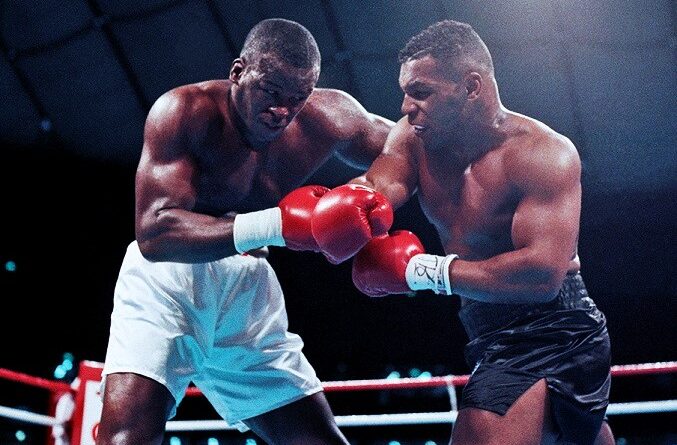 What is the legacy of James “Buster” Douglas’ astonishing knockout of Mike Tyson? Perhaps an impossible question to answer, though we’ve had more than three decades to digest its effects. To me, ‘legacy’ implies something tangible, a custom that’s survived into subsequent generations, but the legacy of Douglas vs Tyson, the greatest upset in boxing history, feels more abstract. More fascinating than even the result was how, despite the truth it revealed about Tyson’s fallibility, it did little to dissuade boxing fans from reveling in the myth of “Iron Mike.” It’s often said that Tyson’s mystique evaporated that day, but this is clearly untrue. That idea is a myth about a myth. In spite of the loss, fans never wanted to stop believing in Mike Tyson, and this may be the fight’s true legacy.

In the years following the night when Buster Douglas sent Mike Tyson sprawling on the canvas to grope for his mouthpiece, both men endured their share of problems. Douglas became an afterthought when he was knocked out by Evander Holyfield in his next match. He then retired to Florida where his weight ballooned dangerously and he ended up in a diabetic coma. Meanwhile, Mike fought four more times and then was convicted of rape almost two years from the day he was routed in the Tokyo Dome. 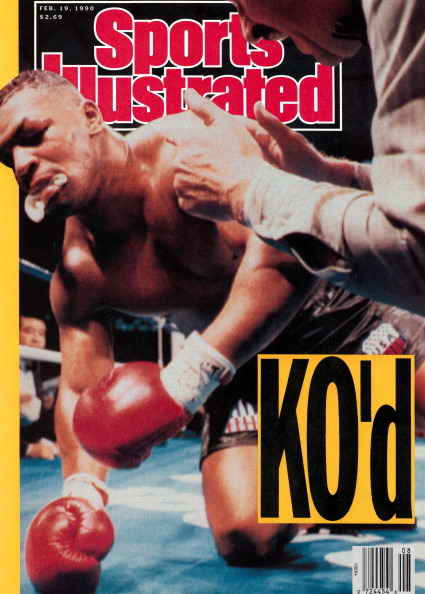 Tyson spent some forty months in prison and went over four years without a bout, but when he returned he was paid a staggering $25 million to box a club-level fighter named Peter McNeeley. At that point, it was the biggest event in television history.  The bout was not legitimate, insofar as ‘legitimate’ implies both boxers having a chance to win. McNeeley was a sacrificial lamb slaughtered at the altar of the Tyson myth, and Mike received a resounding ovation during Jimmy Lennon Jr.’s long ring introduction; his disciples, unbothered by his sins, had returned to revel in his darkness. Two fights later Tyson knocked out Frank Bruno to regain a world championship. Bruno, himself a believer in Tyson’s indomitability, crossed himself several times before the opening bell, but the deity he appealed to failed to save him, while its dark counterpart, standing in the opposite corner, collected his head.

People who followed Tyson’s career closely knew he’d regressed by the time he fought Douglas. Whether he was out of shape, unfocused, or betrayed by his unruly personal life that day in Tokyo makes little difference. Buster Douglas gave Mike an ass-kicking, but regardless of how forcefully he destabilized the Tyson myth, it still persisted, and, I would argue, endures to this day. Many people, most of whom don’t follow boxing closely, still regard Tyson as the benchmark from which to judge other heavyweights. They are awed by his menace, and the availability of vintage Tyson footage on YouTube ensures their understanding of him can draw from a bottomless well of evidence. Mike created an archetype, both for what a heavyweight should look like and how a heavyweight should fight. For those still seduced by his snarl, any deviation from this model represents a betrayal of his template.

Any understanding of Tyson’s popularity, which was a genuine phenomenon, must proceed from a consideration of how fame is manufactured. A great fighter’s esteem, I would argue, is proportional to how consistently his comportment, in and out of the ring, reaffirms the public’s perception of him. Tyson’s fighting style, physical looks, and background held a digestible appeal. He was understood, however reductively, as a human animal sprung from a New York shithole, and this story was easily graspable for anyone desirous of a dramatic narrative. Tyson had already proven his ferocity in the 1980s when he blasted his way to the top of the heavyweight division, winning 27 consecutive matches, 25 by knockout.

Any meditation on Tyson cannot be complete without considering how he fit into the society at large. When he emerged from prison, he stepped into a culture immersed in gangster rap, with its buffoonish paeans to violence, and the former champ embodied this swaggering menace more perfectly than anyone. His friend, the rapper Tupac Shakur, who was murdered after Tyson’s fight against Bruce Seldon in 1996, even wrote a song for Mike’s ring walk that night. Gangster rap perpetuated the same illusory toughness that Mike Tyson did, even if, for the most part, it wasn’t made by real gangsters. At its core there was a void. The same could be said of Mike.

Very little that was good happened to Mike Tyson in the 1990s. He lost to Buster Douglas; he went to jail; he lost consecutive fights to Evander Holyfield; he lost hundreds of millions of dollars, and he lost most of his talent. There was always the possibility he’d knock someone out, because a heavyweight’s punch fades last, but Tyson stopped being formidable in his early twenties. Fans continued to watch because of the possibility of calamity, but even more so, I think fans remained interested because they hadn’t divested themselves of the idea that Tyson was unconquerable. He remained a less restrained version of what they, in certain moments, wished to be themselves. That Mike lacked genuine confidence and was easily disheartened were truths these people were hesitant to admit, but his fragility became obvious whenever he was pressed in the ring.

‘Legacy’ is a difficult thing to define, but what’s a more objective measure of someone’s impact in boxing than pay-per-view buys? When Tyson faced Lennox Lewis in 2002 he was some thirteen years past his prime, but the bout still set sales records, despite the fighters’ obvious disparity in skill and mental equanimity. It had a tumultuous promotion, during which Tyson attacked Lewis at a press conference and bit his leg in the subsequent brawl. During the pre fight introductions, a line of security guards diagonally cut the ring in half. Tyson was beaten badly of course, but he took his whipping respectfully: Mike didn’t bite his way out of the fight or lose his temper, but appeared to accept it as the closing act in a career that had passed its expiration date. He would fight on, out of desperation and for money, but Lennox Lewis had in fact sealed the lid on “Iron Mike’s” coffin.

After Lewis, Tyson fought three more times before retiring, losing his last two bouts. Both defeats came against poor opposition, and in each case these fights earned more media coverage than they deserved. By then, Tyson was a pathetic figure, but that didn’t stop people from talking about him. People have never stopped talking about him. If he was boxing today, even as the faded, post-prison version of himself that knocked out Frank Bruno, he would obliterate Floyd Mayweather’s pay-per-view records. His exhibition bout against Roy Jones Jr. last year proved this, the reason being that the public is attached to Mike in a far more visceral way. Mayweather cannot incite the passions of fight fans in the same manner; he was a brilliant boxer who successfully sold his own importance, but as a person and as a fighter, Floyd leaves most people cold, whereas Mike set them aflame.

Despite the ignominious result, Tyson has said that losing to Douglas was the greatest moment of his career. “I needed that fight to make me a better person and fighter. I have a broader perspective of myself and boxing.” This positions the Douglas bout as a crucial part of the teleology that resulted in Mike becoming a benevolent person, but there is no direct causal effect between the loss and Tyson’s self-improvement. In fact, it’s the opposite. Tyson’s life deteriorated with increasing seriousness over the next decade and a half. In retrospect, the Douglas fight probably taught him a great deal about the delusions of ego, but whatever positive wisdom he gleaned wasn’t put to use until many years later. He didn’t need it at the time. Even though Buster Douglas showed Mike was pregnable, fans were so invested in his image that Mike could remain the same person for many years without marginalizing his popularity. So long as he could periodically beat up people like Peter McNeely and Frank Bruno, his myth persisted.

Buster Douglas got past his health problems and lives in Columbus to this day, while Mike Tyson turned from a caricature into a likable and popular celebrity. He performed in a successful one man show where he was playful about his past, and late in 2013 he released his autobiography. He has since become a highly successful entrepreneur, his cannabis business reportedly earning him millions each year, and he hosts a popular podcast entitled “Hotboxin’ with Mike Tyson.” For a decade or more following his defeat to Douglas, none of this was even imaginable but, to the astonishment of those who had foreseen a grisly future for “Iron Mike,” Tyson has evolved from dark shadow to bright light, his life now a morality tale in which the heel turns humble. And because of this Mike will continue to be relevant. What, after all, sells better than redemption?          — Eliott McCormick 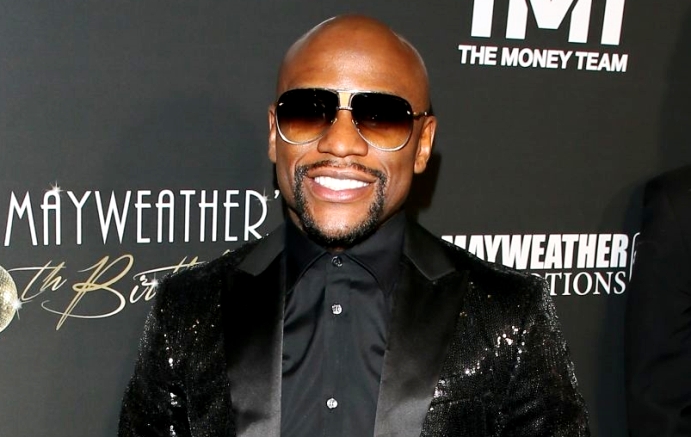 An Epidemic Of Gutlessness 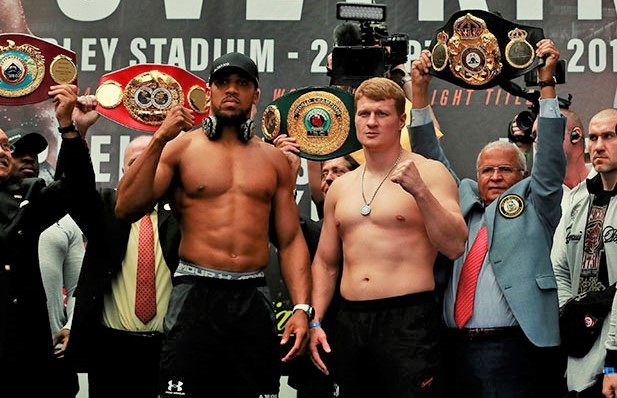 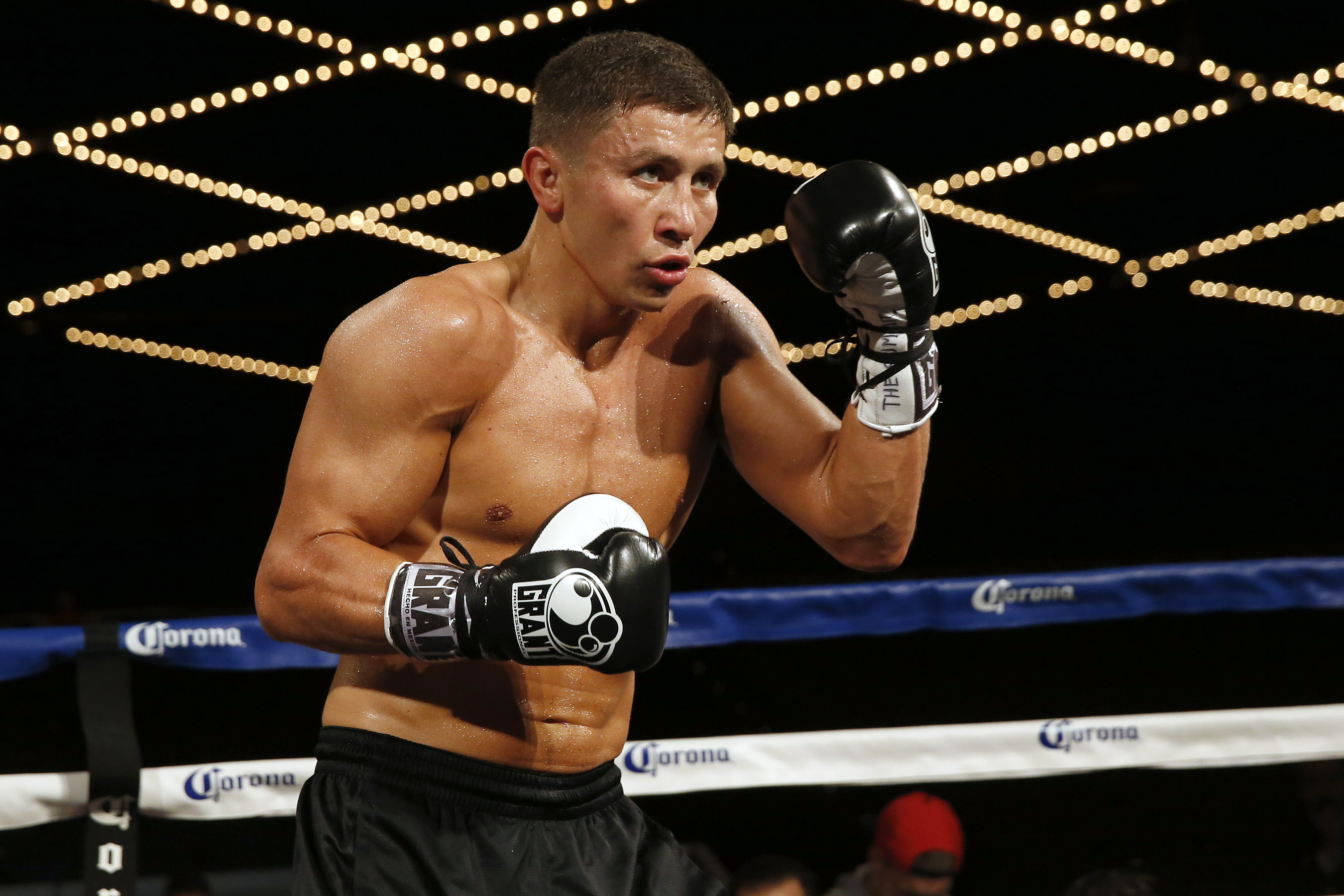 11 thoughts on “The Legacy of Douglas vs Tyson”