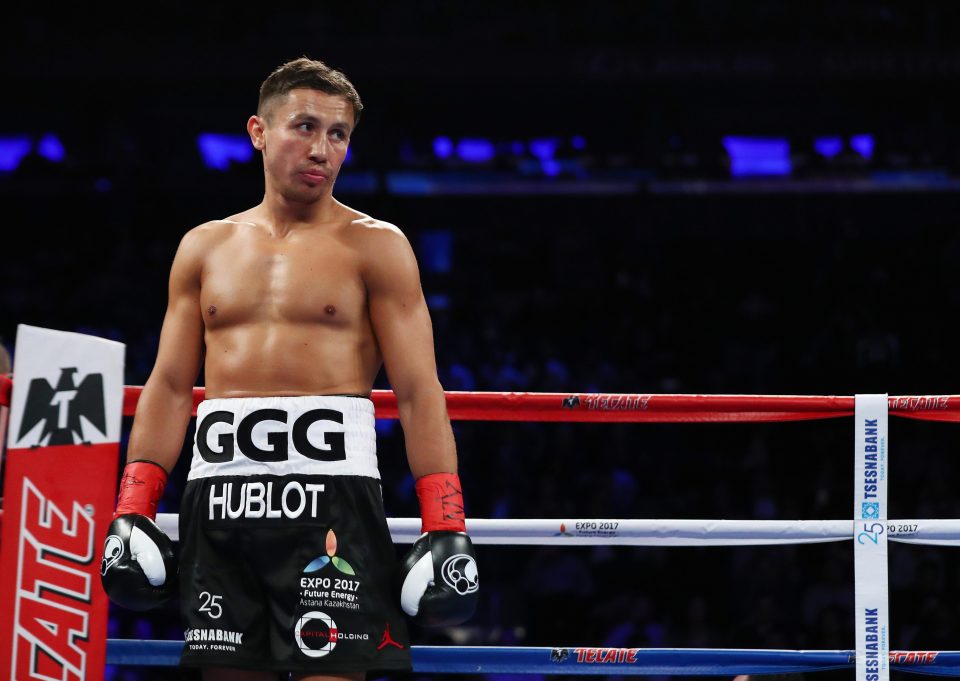 Judging by the reaction to his win over Daniel Jacobs this past Saturday night, one might think Gennady Golovkin had failed in his obligation to boxing fans. Rather than stop “The Miracle Man,” a seven-to-one underdog despite 29 professional knockouts and some finely-tuned skills, the Kazakh took a close decision. And like a cold sore that reliably returns during seasonal transitions, the word ‘exposed’ resurfaced in the boxing lexicon afterwards. But the predictable backlash to Triple-G was in turn rebuked by more level-headed commenters, who pointed out, correctly, that Jacobs was a worthy opponent possessing a sound fight plan, while Golovkin was simply not at his best.

The triumphant, knowing declarations of Gennady’s fallibility were proportional to the brilliance marketers have ascribed to him. It can be no other way, because praise and criticism sit on opposite ends of a teeter-totter, rising and falling in a mutually inverse relationship. And for the critic who spends his free time online, quarreling with enemies he’ll never meet in person, what greater pleasure is there than to point out illegitimacy and see one’s reputation ascend in proportion to the fraud? It was inevitable that in Saturday’s aftermath ideologues would mobilize on the virtual battlefield; one side aimed its lances at Golovkin, while the other took up arms on his behalf.

While Triple-G is no hoax, one truth we can be certain of: his performance Saturday lacked distinctive qualities we’ve come to expect. Most surprisingly (or disappointingly, depending on your perspective), he gave us no unambiguous conclusion. Golovkin had retired his previous 23 opponents within the distance, and the consistency and ease with which he battered his foes cultivated a mystique that became the crux of his promotion.

HBO knows exactly what Golovkin’s appeal is, and how to maximize it. The full-time broadcaster, part-time promoter’s highlight video that preceded ‘GGG’s ringwalk was memorable for Jim Lampley’s orgasmic ‘Kazakh Thunder!’ narration. It is an enthusiasm shared by the announcing team. When Max Kellerman isn’t pouting over decisions that go against the network’s favoured fighter (as he did on Saturday after Roman Gonzalez’s heroic effort against Srisaket Sor Rungvisai fell short on the scorecards), the colour man is capable of useful insight. He was not wrong, when, prior to Golovkin’s 2015 destruction of Willie Monroe, he spoke persuasively of the intoxicant punching power provides. “When there’s a boxing destroyer on the scene, for my money that’s the best bang for your entertainment buck, period. In sports, anywhere,” after which the modestly-proportioned Kazakh took six rounds to bash a man whose musculature would have induced much salivating from the Instagram set.

Punching power is an elusive quality, one that stands alone among boxing’s other skills. On its surface, the capacity to hit someone hard requires little interpretation, as it creates an instant physical hierarchy that stratifies fighters by their physical capacity for violence. It is not a technique one develops, like sound footwork or polished combination punching, but rather something one simply has. While timing, as well as when and how to launch a concussive blow, might be teachable to some degree, implanting a finisher’s mindset in a boxer is another matter. If the sport is a proxy, in which fans can see their impulse to dominate realized, power is perhaps boxing’s most enviable trait.

But however much it’s extolled, true, singular power is much rarer than one may think. On Deadspin this week, Hamilton Nolan wrote that “devastating punchers are not all that rare in boxing. At any given time, in any given weight class, there are at least a few fighters who are capable of wiping out anyone’s consciousness with a single shot.” This isn’t true at all. Golovkin, who is often invoked as an example of a deadly knockout artist, rarely stops opponents with a single punch. It is usually an accumulation of blows that turns his foes vertical, be they Willie Monroe, David Lemieux or Daniel Geale; rarely does he leave them unconscious on the canvas. One of his most conclusive stoppages came against Matthew Macklin; the death blow was delivered not to the head but the Irishman’s liver, via ‘GGG’s outstanding left hook, and had Macklin writhing on the floor in agony.

What, then, is a puncher? By definition, should it not be someone who relies primarily, and successfully, on their power to win? Or, so as not to denigrate a heavy-handed fighter’s boxing ability, is a puncher one whose power greatly exceeds that of his contemporaries, verging on the dangerous? If this seems reasonable, Keith Thurman, an able boxer but vastly overrated by those who believe he’s a superstar, and who Nolan called “one of the sport’s most explosive punchers,” certainly doesn’t measure up.

True punchers render people unconscious, hitting with such force they prompt a neurological concession: the jolted brain acknowledges it’s endured enough and temporarily closes shop. Even Golovkin, with his impressive string of pummelings, rarely sends his rivals to the abyss. He is as much a boxer as a he is puncher, albeit one capable of great damage, who uses an assemblage of skills to corner his opponents, whereupon (per Lampley, again) his “heavy hands” finish them off. ‘GGG’ belongs to the second class of hitters, on the same level as Sergey Kovalev and Artur Beterbiev, about whom referee Michael Griffin said, “I don’t know if anybody hits that hard.” The wrecking-ball oomph all three possess doesn’t usually produce spastic knockouts, but trouncings, which leave organs squashed and bone structures altered.

One boxer who unquestionably belongs in the first class is Adonis Stevenson, whose electric power crumpled Chad Dawson with a single blow. He is that very, very rare fighter who needs only a brief window in which to wreak havoc, a true puncher, to borrow one half of Hamilton Nolan’s definition. After all, it was carelessness, not attrition, which preceded Dawson’s unconsciousness. From where does Stevenson get his mysterious clout?

Eric Belanger, who trains rising boxer-puncher welterweight Custio Clayton and worked Tyson Fury’s (not a puncher) corner for his New York victory over Steve Cunningham, believes power is a blessing, which can be improved upon, but not outright taught. “There is a training aspect to it, [with respect to] technique, how you throw your punch, but overall you either got it or you don’t. You can increase it a little bit, but you can’t buy it.” Belanger says it’s a myth that power comes from one’s legs, and believes strength training generates only mild improvements.

“As a general rule” he said, “true one punch knockout artists, there’s not that many. Adonis Stevenson’s an exception. David Lemieux’s an exception. Even Golovkin and Kovalev, although I consider them ridiculously hard punchers, they don’t have that same one-punch, put-you-to sleep knockout power. Most of their knockouts come from volume. They hit you and punch you, round after round, and blow after blow. True one punch knockout artists, I don’t think there’s that many of them, no.”

To return to Golovkin, what, if anything, was exposed Saturday night? It should surprise no one that even excellent boxers can have off-nights; that a dull, tepid version of ‘GGG’ could surpass his best opponent is further proof of his potency. But after the fight, in which he was knocked down, fought smartly, and showed enough spirit to rally a hostile crowd to his side, Jacobs said that he’d withstood bigger punchers. Was Golovkin’s renowned punching power, so long a cornerstone of his promotion, not what it had been made to be?

“It’s definitely easier to market [a puncher] than anything else,” Belanger said. “Whatever [promoters] have, you market it to be superhuman. People don’t want to watch normal. You want to see what’s not normal. I don’t think that [Golovkin’s] power is overrated. You just get that odd guy who can take it. I know he hits ridiculously hard. How hard? I don’t know. I definitely know that if I was promoting Golovkin I would exaggerate how hard he could hit. You tell the press ‘Yeah we’re going through sparring partners, left, right and center’ because you want that to be an ‘Oh wow!’ factor.”

Belanger is right to say that favourable interpretations of truth foster interest, and boxing capitalists have long pulled their black hats over the audience’s eyes. But when results fall short of their promises, the fighter becomes a totem onto which fans project their prejudices. The disbelievers, emboldened by Saturday’s show, were eager to identify Golovkin’s shortcomings; his defenders, whether objective boxing analysts who self-identify by their more discerning eye, or mere fans, denounced the critic’s stupidity. Everyone was desperate to prove something. (No writer is exempt from this urge.)

But if anything was revealed Saturday, it’s only that Golovkin is more human than his reputation suggested. And who, exactly, is responsible for this reputation? It is not the fighter, who plays a minor role in its formation and should not be faulted when paeans to his otherworldly power, so repetitive and obligatory, fall dead against reality’s firm bulwark. Gennady Golovkin is a formidable boxer, surely, but privy to the same shortcomings that befall fellow stars, the best of whom have days good and bad, and don’t often meet the standards we set for them. It was inevitable that, somewhere along the way, Golovkin would fall short of the myth he had but a small part in creating. 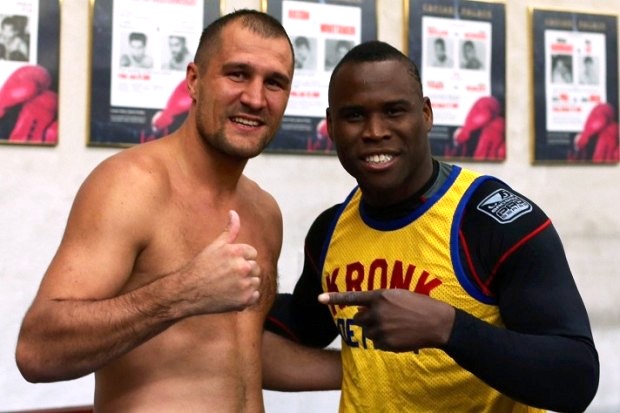 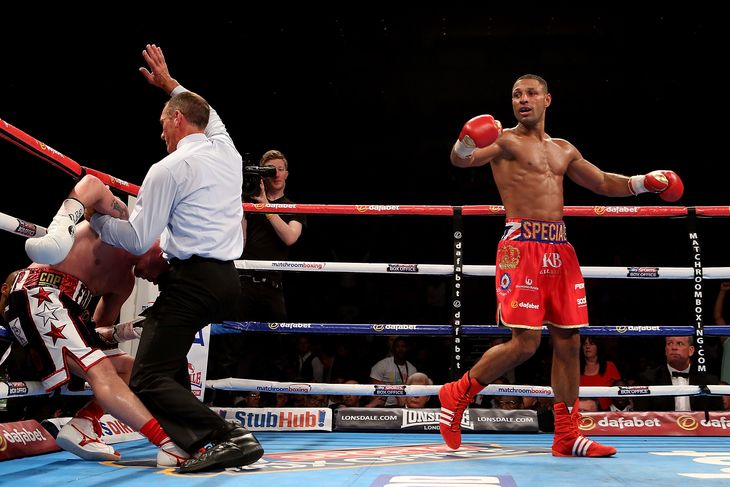 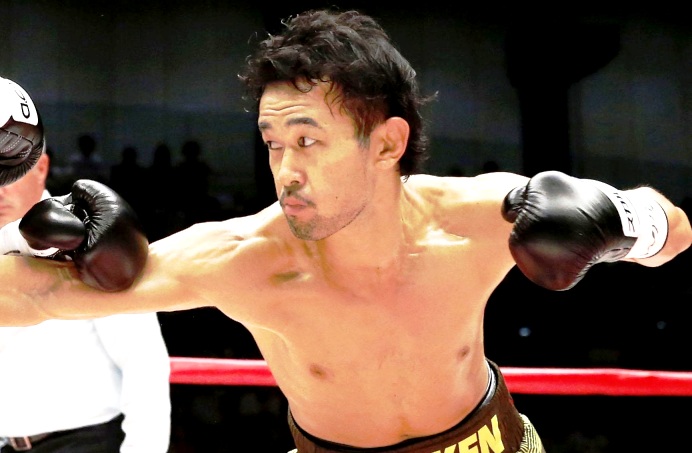