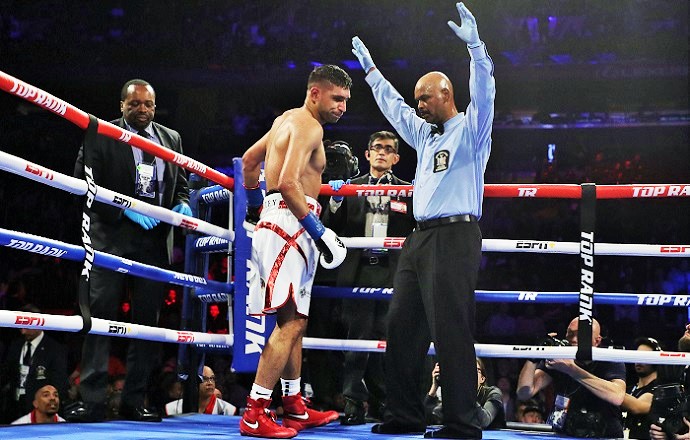 Amir Khan may be the nicest man I’ve spoken to in the entire fight game. If I had to consider all the people I’ve shared a few words with in this business over the years, the Genuinely Nice Guy Award would come down to Khan or Leo Santa Cruz. With that in mind, Khan has proven to be one of the most enigmatic figures I’ve ever found myself writing about. And, after his recent destruction at the gloved fists of Terence Crawford, I find myself more perplexed by the guy than ever. The only thing I can say with any certainty about Khan the fighter is that in 2019 he’s simply not elite level.  Perhaps he never was.

Khan, however, has always been enormously talented. Fast, lightning fast, and frustrating to face, the Englishman has bested the likes of Marco Antonio Barrera, Paulie Malignaggi, Marcos Maidana, and Zab Judah – that’s quite a list. He also gave Canelo Alvarez a run during the first few rounds of their 2016 bout. In this sense, Khan is probably similar to a lot of other fighters throughout the long history of the sport: very good, but not great when push comes to shove.

What fascinates me about Khan is the trajectory his career seemed to take after what I’ll refer to as “The Mayweather Incident.” On the hunt for a new opponent, the fighter called “Money” conducted an online poll after besting Canelo in a 2013 superfight. The choice of opponents? Maidana, who Khan had barely beaten in a 2010 war, and Khan himself. Maidana was fresh off his upset victory over Adrien Broner the previous December, but it was Khan who won the poll, no doubt thanks to a legion of British fans. It didn’t matter. None of it did. Mayweather chose to face Maidana instead.

Khan went on face Luis Collazo, and Devon Alexander, no slouches, before year’s end. And then? Well, not much. Khan won an entertaining scrap against Chris Algieri in 2015, then didn’t fight again for almost a full year. And when he finally did step back into the ring, Khan did so against the formidable middleweight Canelo. It proved to be a suicide mission of sorts, sure, but it was hard for fans not to admire Khan for having the guts to shoot for greatness. Furthermore, it was nice seeing Khan get a big fight after Mayweather had essentially left him at the altar. It was as if the guy had strangely earned it by virtue of mistreatment.

After that, however, Khan decided to take yet another year off. To many, it seemed as if he felt he was worthy of big name, top level, highly lucrative opponents, and no one else (except, perhaps, the odd tune up). This struck people as strange since Khan had a tendency to lose by knockout. Not only had Canelo laid the man out, Danny Garcia had as well, as had Breidis Prescott. Was the likeable Brit really at the level he seemed to believe he was? Unfortunately for Khan, the internet (or at least many on it) started to view him as living in a kind of fantasy land.

Then there was the matter of Kell Brook. Like Khan, Brook was an English welterweight who ultimately dared to be great. Whereas Khan had moved up to face Canelo, Brook decided to move up to face Gennady Golovkin in 2017 and ended up getting wiped out. Still, there appeared to be no reason in the world why the two countrymen, Khan and Brook, couldn’t engage in a British superfight. It never happened. No doubt there were a variety reasons why that showdown never came to fruition, but some were left with the impression that Khan simply didn’t feel Brook was at his level, that Brook simply wasn’t a big enough star for him to have to share the ring with.

At any rate, Khan finally decided to lace up the gloves again in 2018, besting Samuel Vargas and Phil LoGreco respectively. And then came Crawford. Most people felt the Nebraska native would best Khan, but it’s doubtful anyone expected the blowout that occurred. Whether Khan quit because of a low blow or was rescued by his corner is irrelevant in the face of the fact that Crawford, to put it bluntly, was beating the hell out of him. Had the fight lasted much longer, Kahn might have gotten seriously hurt. Sustained beatings tend to be far worse than sudden knockouts for a fighter’s overall health – and Khan was starting to take a sustained beating. If Saturday’s bout proved one thing, it’s that Khan’s time is over. Barring a miracle, he’ll never face major competition again – nor should he. The man has a family, after all.

Sure, Khan and Brook may finally decide to throw down, but it will be too little too late, even if the fight draws in a considerable amount of money and attention. The truth hit Khan, and fans, smack in the face during the Crawford fight. Over and over again. And still there are questions. Did Khan really think he was that good, even as the years moved on? Or did he change his focus as a fighter after the Mayweather Incident, opting to shoot for lucrative, splashy paydays at the expense of trying to work around his weaknesses? The world will probably never know, making Khan one of the great mysteries of boxing’s current age.          — Sean Crose 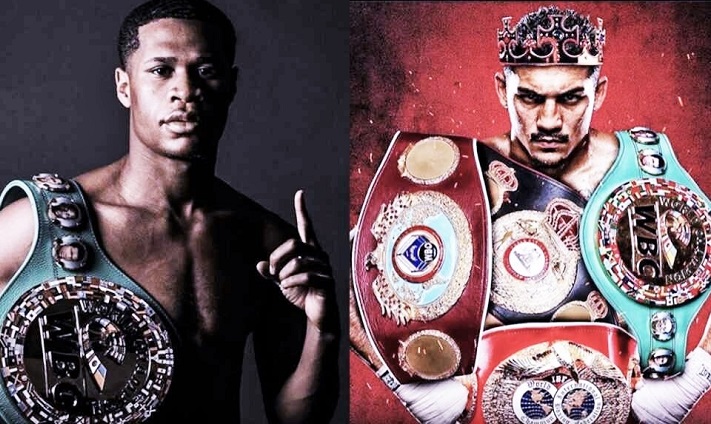 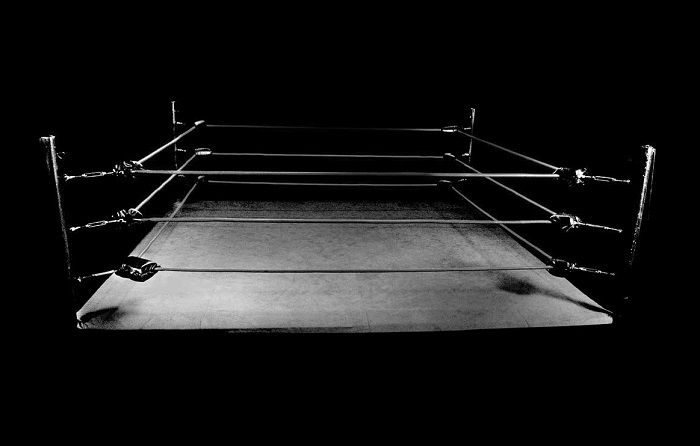