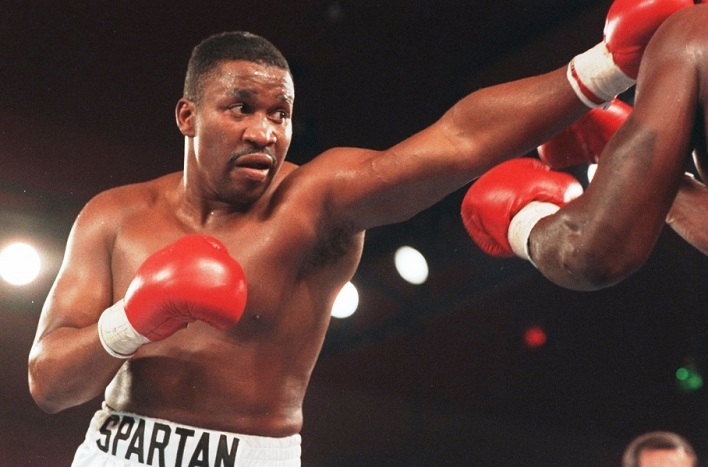 Everyone knows who Rocky Balboa is, but who is the true Rocky, the real-life Rocky? Tim Witherspoon, a former heavyweight champion who, like the mythical Rocky, hails from Philadelphia, says it’s got to be him.

This may be true, but there’s no doubt that Rocky Balboa is a more famous name than “Terrible” Tim Witherspoon. “But,” asks the man who gave Larry Holmes one of the toughest fights of his career, “did they get the real story in Rocky? I saw the heat, the blood on the streets. I was around the Italian Mob. I heard the gunshots when Angelo Bruno was shot.” 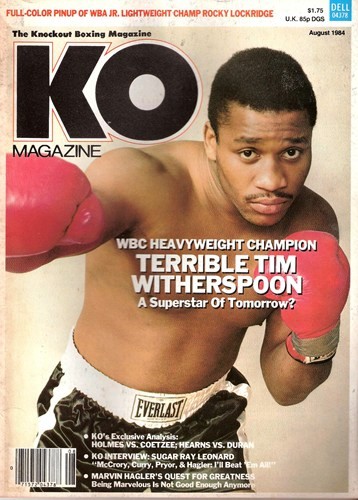 Yes, most consider Smokin’ Joe Frazier a Philly fighter and the City of Brotherly Love is where you’ll find his statue, but he was born in South Carolina. Witherspoon was born and bred in Philadelphia and was only the third fighter in boxing history, after Floyd Patterson and Muhammad Ali, to become a two-time heavyweight champion, though admittedly he never held the undisputed title.

Interestingly, Witherspoon credits his Philly heritage with his success as a fighter. “We knew the Italians, Irish, and the Mummers. Sometimes we were called names by the Irish and Italians. We had to fight. What made me was the neighborhood I came out of. And I went on to become heavyweight champion of the world. I’m the real hero, the champion that was for everybody.”

Early in Witherspoon’s career, he had the opportunity to work as a sparring partner for Muhammad Ali, ahead of Ali’s challenge of Larry Holmes. “When I was sparring with Ali … I wouldn’t dare hit him in his head. I would just hit him in his body. Larry beat a sick man. He didn’t fight like a healthy Ali. It was so easy in sparring. I was a young kid sparring with the greatest of all times. Larry Holmes did not beat the real Muhammad.”

Once he turned pro, Witherspoon’s career advanced quickly. He defeated future WBC cruiserweight champion Alfonzo Ratliff and top heavyweight contender Renaldo Snipes, both on points. This led to his title shot against Holmes. Witherspoon was pleased with his career up to that point, but was uncertain if he was truly ready for “The Easton Assassin.”

“Don King said, ‘You’ve got Larry Holmes.’ But I only had 14 fights. Slim Robinson, my trainer, said ‘Let’s fight him.’ We practiced trying to take away Larry’s greatest asset, which was his jab. And we did take away his jab.”

“Before the fight, Holmes was belittling me,” recalls Witherspoon. “He talked down to me. He said he would finish me off and put me in an ambulance. But in the ninth round, I had the greatest heavyweight champion of that time in trouble.”

Witherspoon recalls that he had no confidence in the judges in Las Vegas. “I knew I needed a KO to win. I knew they weren’t gonna give it to me. But my momentum was strong and that fight gave me a lot more confidence. Larry had a good right hand but he didn’t know how to fight inside. But he was the greatest heavyweight champion of that era. He would get off the canvas and knock guys out. He had great determination. Larry and I are good friends now.”

Holmes won a controversial split decision and now says that any “belittling” that took place prior to the fight was simply hype to create interest in the fight. “I was just going through the motions and getting ready to quit,” says Holmes. “I fought everybody they put in front of me. I wanted the money.”

Looking back, Witherspoon sings the praises of Tony Tubbs, who he defeated in 1986 to win the WBA heavyweight title. The crown had special meaning for Witherspoon as he celebrated his big win at the same time as the first ever Martin Luther King Day.

“The fight was close to MLK Day and it meant a lot to me. Tubbs was a tricky fighter, but I got the decision. He was the most clever boxer I ever fought, more intelligent than Holmes. He didn’t punch that hard but he was elusive. As far as his technical skills, he was the best I fought.”

But even in victory, Tim Witherspoon faced adversity. “Before the fight, I smoked marijuana, half a joint. I didn’t know I was going to get drug tested. I failed the test and had to go to rehab for three months. I had to pay a $25,000 fine and give Tubbs a rematch. I was only getting $150,000. The IRS came in and took all but $8,000.”

When Witherspoon fought James “Bonecrusher” Smith the first time in 1985, he dominated the match and won a lopsided unanimous decision. But when Tubbs pulled out of the agreed upon rematch with Witherspoon due to a shoulder injury, “Bonecrusher” was the substitute and the rematch was a very different story from their first meeting. In fact, Witherspoon’s autobiography, Terrible Times, features his allegation that he threw the title fight.

“Don King kept ripping me off and I wanted out of the contract. A couple weeks before, they tell me I have to fight ‘Bonecrusher.’ I said, ‘I’m fighting Tubbs. I’m not fighting him.’ So then I made sure they had the three knockdown rule in place and I decided I was going down and then we’re out of this contract. After the fight, I told them the truth. The second time against ‘Bonecrusher,’ it was a thrown fight. He didn’t really win. I threw the fight. I gave it to him.”

For his part, “Bonecrusher” Smith says he does not believe Witherspoon lost intentionally and is certain it was a legitimate victory. “I knocked him out in the first round. It was the highlight of my career. I became the first college graduate to win the heavyweight title.”

But if the Smith fight is a bitter memory, Witherspoon fondly recalls the match just before that one, his successful title defense against Frank Bruno.

“I didn’t know how big the fight was going to be until I landed [in England]. They had five or six girls greet me at the airport. It was unbelievable. We walked to the ring and they threw stuff at us, yelled at us. When I get to the ring, I said, ‘This is the moment.’ Everybody was screaming. One of the best rounds in my life was round 11 of that fight. I was able to stop him. But if Bruno had my trainer and I had his, he would’ve knocked me out. He would have found a way to beat me.”

Witherspoon hopes that a big part of his legacy will be his stand against inequality and corruption in boxing.

“When Cooney fought Holmes, he was paid ten million but I went home with only 50 thousand after I fought him. Don King ripped me off. If I had looked like Gerry Cooney, I would have been paid 20 times more. It hurt my credibility and value. After Bruno, when I came back to the U.S., there wasn’t much attention. I got love from people in Philly, but if I had been a white guy, I would’ve gotten TV shows.”

“I was the MLK of boxing,” continues Witherspoon, recalling his quest for justice against Don King. “I stood up for wrong-doing and went against people when nobody else would. A lot of time my kids didn’t have the best. But I fought against King to bring justice to boxers. I stood up and let everyone know we suffered. I want to be known as the one who wasn’t scared of Don King, who everyone trusted, who was a warrior and champion.”

Tim Witherspoon is proud to share his most memorable moment in boxing, which, unquestionably, is the successful defense against Bruno. “When I beat Frank Bruno, it was special. I won the fight in London. If you watch the fight, we’re waving our flags for victory. I grabbed a flag. The love I had for my family, my people, my country, it was there that night. You could see the love in my eyes.”        — Thad Moore 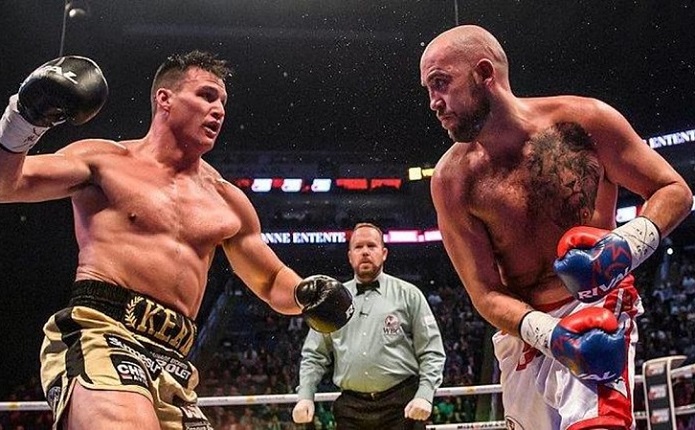 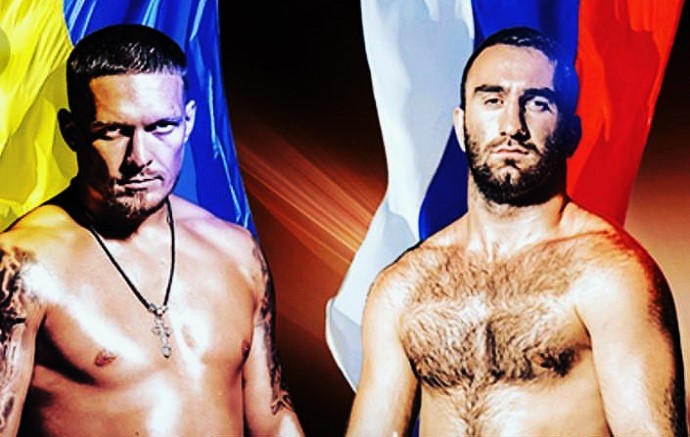 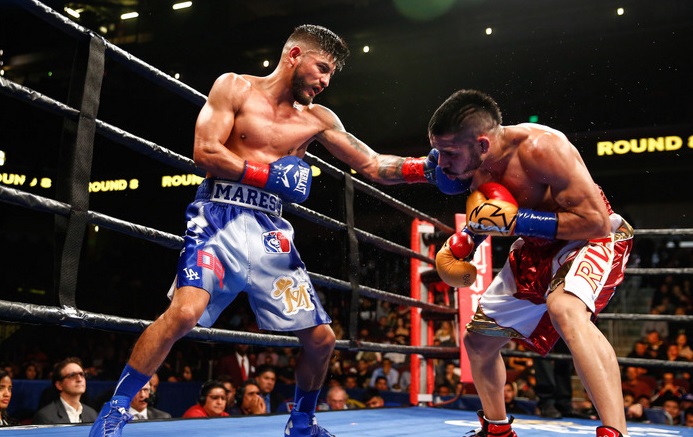