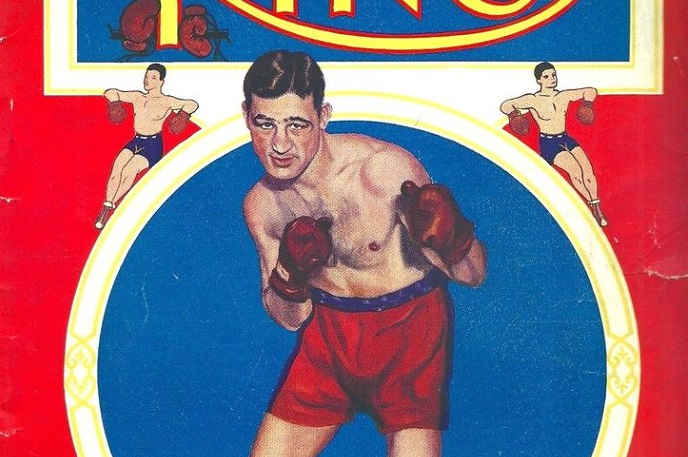 For fight fans who happen to be born after around say, 1975 or so, Billy Petrolle might seem a rather curious figure. Here’s a warrior with over 89 pro wins on his record, generally regarded as both one of the best of his era and an all-time great lightweight, not to mention one of boxing’s best ever body punchers, but he engaged in one, just one, world championship bout. He crammed 121 fights into only twelve years of action, but battled for the big prize a single time. And when he did, he lost. But there’s no doubt he belongs in the Hall of Fame and that’s just where you’ll find him today.

How boxing has changed since the 1920’s and 30’s. Today, a career such as Petrolle’s is scarcely possible. In his time, the fighter they called “The Fargo Express” was a big attraction, his ring achievements viewed with the utmost respect. The fact he wasn’t a world champion didn’t matter. There was regard for the craft back then and thus boxers were revered more for their actual skill and willingness to mix it up than any hollow undefeated records or shiny belts. Besides, unlike today, the latter were quite difficult to come by, and thus actually meant something. 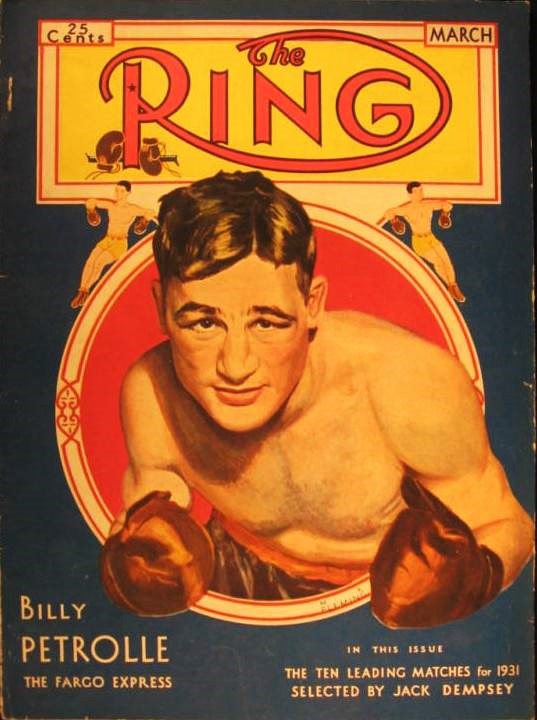 The son of Italian immigrants and one of nineteen children, the young Petrolle, like so many boxers of the time, was attracted to the fight game as a way out of poverty. He hooked up with trainer and manager Jack Hurley and started his pro career in earnest in 1922, and just three years later he had a record of 49-6-7 and was ranked among the top ten lightweights in the world. He was also a strong draw at the box office thanks to his aggressive style and heavy hands, especially his deadly left hook.

In 1926 Billy got a chance against Louis “Kid” Kaplan, the current featherweight champion, but Petrolle was no featherweight so no title was on the line. Billy dropped a decision to Kaplan, and then another to Sid Terris, but in both cases the bouts drew big crowds. This would be a recurring theme for Petrolle: major fights against champions that did brisk business, but with no world title belt at stake. In 1928 he faced lightweight champ Sammy Mandell, again with no title on the line, and almost stopped Mandell in round eight after he landed his thunderous left. Mandell survived and was fortunate to get the newspaper verdict.

Petrolle kept working, kept fighting, and while he suffered his share of defeats, he also scored some historic wins. The year 1930 was his peak. He stepped through the ropes sixteen times, losing only once, and notching victories over such top-shelf pugilists as Battling Battalino, Jimmy McLarnin and one Tony Canzoneri. His combination of unceasing aggression and incredible toughness, along with that powerful left hook, were firing on all cylinders and earning him his biggest victories. His confidence was at an all-time high, reflected in his words to the great McLarnin at the weigh-in for their first battle when Petrolle scored a huge upset and gave “The Belfast Spider” the most one-sided defeat of his Hall of Fame career. “I’m plenty tough they tell you,” he told Jimmy. “But it isn’t their intention to confirm a rumor. They are announcing a downright fact.”

Such was Petrolle’s success in 1930 that in all likelihood it scared off a title shot. Lightweight champ Al Singer wanted no part of Billy and instead defended against one of the men who had been steamrolled by “The Fargo Express,” Tony Canzoneri, who in turn took full advantage, stopping Singer in one round.

But if 1930 had been the high water mark of Petrolle’s career, the following year saw a steep decline. He suffered decision losses to McLarnin and a first round knockout at the hands of Henry Tuttle, aka “King Tut,” and now many wondered if “The Fargo Express” was all used up, that a hectic schedule and so many tough battles had taken their toll, that at the age of 27, Petrolle’s peak had passed.

But then Billy put together an impressive six fight win streak, including two victories over Battalino, and finally, at long last, Billy Petrolle got his overdue opportunity to win the big kahuna. The man he’d defeated two years previous, Canzoneri, gave him a shot at the lightweight championship of the world and everyone knew this was more than likely the last chance for Petrolle to put one of those shiny gold belts around his waist.

A huge crowd filled up the stands in Madison Square Garden to see Canzoneri vs Petrolle, a compelling duel between the experienced veteran with the big left hook and the clever sharp-shooter who was dangerous with either hand. But it was well known by this point that it was now a major struggle for Billy to make 135 pounds and thus most saw Tony Canzoneri as a strong favorite to notch the fourth successful defense of his title. After all, if Petrolle was on a tear of late, so was Tony, with big wins over Jackie “Kid” Berg and Kid Chocolate.

And indeed, while Canzoneri vs Petrolle was a competitive battle, at the final bell no one needed the judges to tell them which man deserved to hold up the belt. When the decision was announced no complaints were heard; Canzoneri had clearly won at least ten rounds. As the press reported the next day, the champion gave fight fans one of the smartest exhibitions of “The Sweet Science” anyone had seen in recent years, consistently beating the challenger to the punch and neutralizing Petrolle’s attempts to close the distance and bring his power to bear. 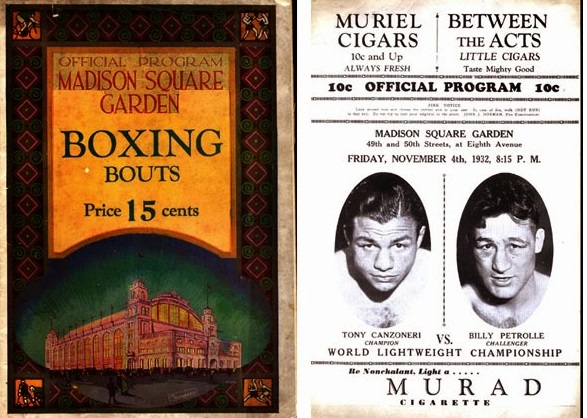 The middle rounds, specifically the sixth to the eighth, was the only stretch in which Petrolle appeared to be a threat as he took the play from Canzoneri and outworked him, but Billy’s success likely had as much to do with the champion pacing himself as anything else. Otherwise, Canzoneri was simply the stronger and sharper man and made Petrolle pay dearly for every missed blow and mistimed maneuver. Billy stalked and tried to corner the champion but seemingly every time he threw a punch Tony snapped back vicious counters that raised welts and bruises around the challenger’s eyes.

Canzoneri took over for good in round eleven, as by then Petrolle had simply run out of gas. The champion landed at will as Billy retreated and held and struggled to survive but he almost didn’t make it. In the final round an exhausted Petrolle was staggering about the ring and Canzoneri appeared to let up in the last minute to allow his valiant foe to hear the final bell.

And so it was for Billy Petrolle. After almost nine solid years of punching for pay with some of the roughest and toughest battlers in boxing history, he finally got his chance to compete for a world championship, but alas, the chance came just a bit too late, and against a fellow Hall of Famer who was just a bit too good.

This wasn’t quite the end of the line for “The Fargo Express,” but after two decision defeats to future champ Barney Ross, Petrolle hung up the gloves in 1934. Unlike many great boxers, Billy had been careful with his ring earnings and he went on to be a successful businessman. He is regarded as one of the toughest boxers of all-time and was officially inducted into the Hall of Fame in 2000. And while Billy Petrolle never took home a world title belt in his ultra-competitive era, no one doubts that if he were fighting in ours, he’d have a sizable collection.          — Michael Carbert 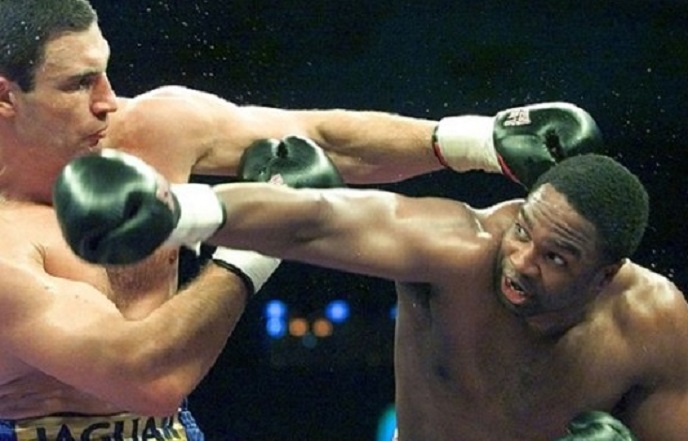 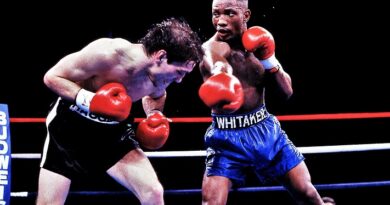 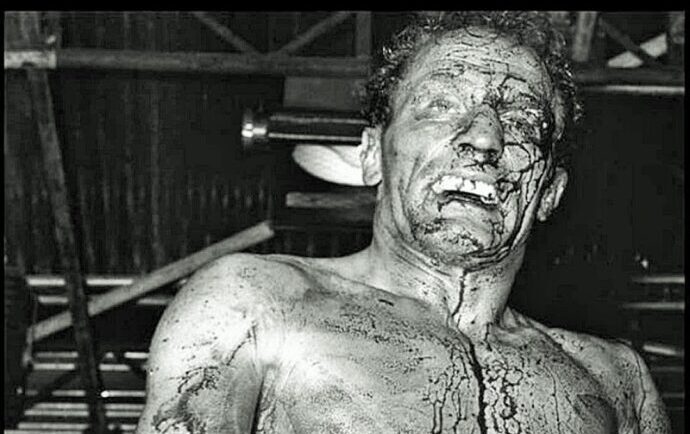