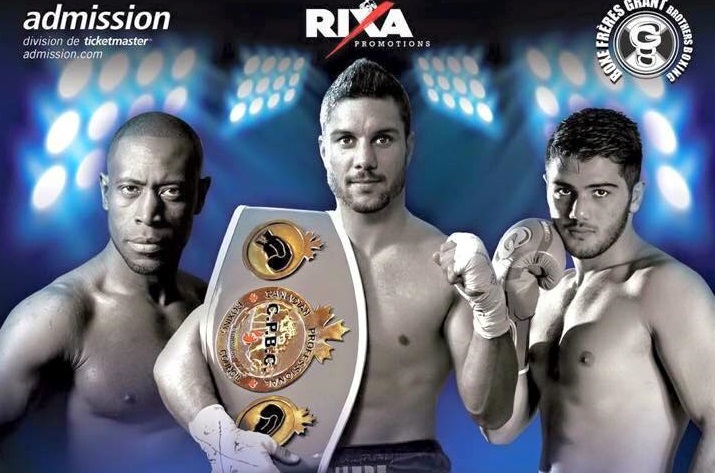 Rixa Promotions, in collaboration with Grant Brothers Boxing, recently announced their next boxing card for Montreal fight fans, happening on October 24th, but this event stands out from the series of entertaining shows staged over the last year. First off, it’s in Repentigny, Quebec, just east of Montreal. And secondly, it will feature a new attraction, former NABA champion Renan St-Juste.

For those who follow the Grant Brothers events, familiar faces fill out the rest of the card, which is definitely a good thing since these young fighters represent some of the most exciting boxing talent to be found anywhere. But why Repentigny? And why St-Juste?

Part of the answer was there for all to see at the last Rixa-Grant Brothers show at the Holiday Inn in Pointe-Claire, site of several past Grant Brothers Boxing events. That night Francis Lafreniere overcame a tough challenge in an action-packed main event, scoring a decision win over Mexico’s durable Salomon Rodriguez. After the judges’ verdict was announced and while the winner was being interviewed by Malik Shaheed, St-Juste stepped up to the ring and publicly challenged Lafreniere to an all-Quebec showdown.

Another part of the answer is the fact that St-Juste, who owns a successful boxing gym in his hometown, has in the recent past staged fight cards in Repentigny in front of large and enthusiastic crowds. The song of singing turnstiles is a hard one to resist and so a short drive east of Montreal will be required to take in all the action later this month.

If past events are anything to go by, it will be a trip well worth taking. Both of the first two official collaborations between Grant Brothers and Rixa Promotions were, as reported on this website, not short at all on intense action and entertainment. The show at the Olympia Theater in March saw one great fight after another in front of a raucous crowd. And while the turn-out was a bit thinner at the Holiday Inn event in June, intense slugfests were the order of the night for that event as well.

The line-up of talent for October 24 is similar to that card but, as should be the case, all of the Grant Brothers prospects are now facing stiffer competition as their careers progress. But in addition to those exciting young talents, this event will feature Renan St-Juste’s comeback after almost a year of inactivity following treatment for a detached retina. He will be facing Jamaican champion Devon Moncrieffe in a scheduled eight round tilt.

Erik Bazinyan (9-0), who impressed many this past August at the Bell Centre on the undercard for Lucian Bute’s comeback fight, headlines the undercard, with fellow undefeated prospects Flavius Biea (8-0) and Golden Garcia (4-0) close behind him, along with Dwayne “Diamond” Durel, whose scheduled appearance in June had to be cancelled due to injury. Fully recovered, Durel will be looking to notch his second pro win. Stable mates Alvin Tam and Whitney Baille round out the undercard.

It’s worth noting that this event will mark the first matches for Lafreniere, Bazinyan and Garcia after having recently signed long-term contracts with Rixa Promotions, agreements which guarantee these young prospects will remain part of the lively Montreal boxing scene for years to come.

Count ’em up, that’s eight matches in total, so everyone in Repentigny will be getting plenty of action for their hard-earned cash. Considering that the St-Juste faithful will be showing up in force, and that both Lafreniere and Bazinyan have sizable followings in the Montreal area, this could easily be a sell-out, well in advance, not to mention a lively crowd.

And if both Lafreniere and St-Juste are victorious, this should be the prelude for an exciting all-Quebec middleweight showdown for the Canadian title in the near future, also a sure-fire sellout. All this makes it a can’t-miss event for boxing fans in The Fight City.

In short, we definitely like the sound of Rumbles in Repentigny. Count us in.        — Robert Portis 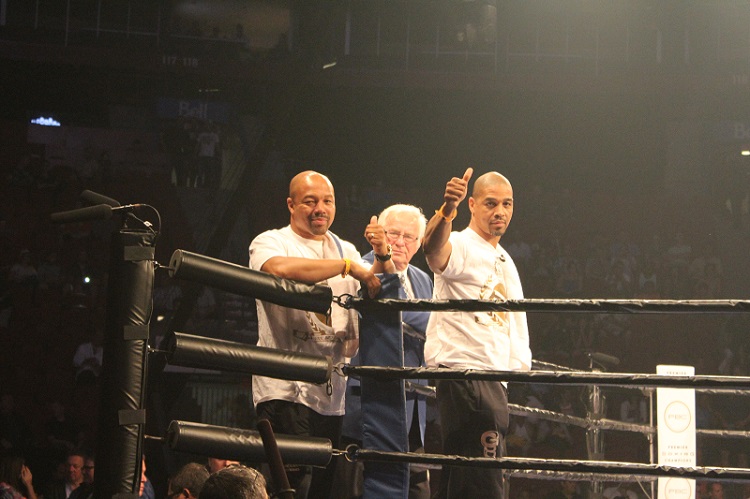 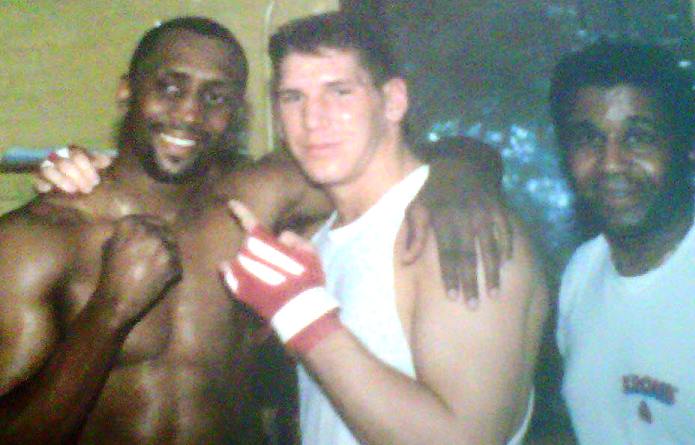 The Legend Of Paul Dubé 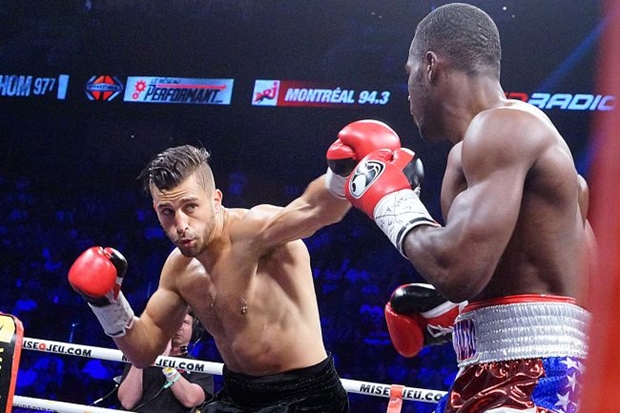