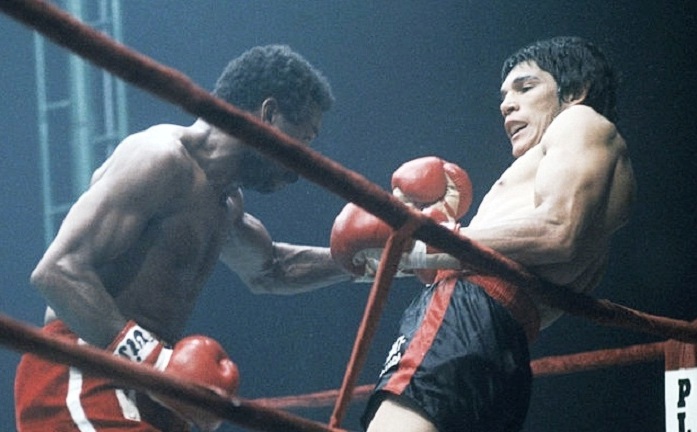 By this time no one questioned the greatness of Jose Napoles. The former Cuban who had emigrated to Mexico after the government of Fidel Castro deemed pro boxing illegal, had proven his elite status long before he finally received a chance at a world title in 1969. In fact, the only reason he moved up from 140 pounds was because none of the champions at the lower weight were willing to fight him. Always cool and composed in the ring, like a panther patiently stalking its prey, Napoles had vanquished a long list of top-shelf fighters, including Curtis Cokes, Emile Griffith, Clyde Gray, Ernie Lopez, Billy Backus and Hedgemon Lewis. In short, the Hall of Fame credentials of “Mantequilla” were more than secure.

So at almost 34 years of age and with some eighty pro bouts on his record, who could blame him for snatching up a big payday to challenge Carlos Monzon for the middleweight crown? Sports fans were attracted to a clash between two big names and dominant world champions, but boxing insiders, recalling that Napoles wasn’t even a particularly large welterweight, regarded the Cuban exile as a definite long-shot. Monzon was a big middleweight: tall, strong and rangy, with a sledgehammer right hand.

But then again, Monzon had not exactly looked like the second coming of Harry Greb in his last two outings, decision wins over Griffith and Jean-Claude Bouttier. Some wondered if the champion might be in decline and ripe to be foiled by a smart, veteran battler who was not only highly skilled, but boasted some serious power of his own in that deadly left hook.

Monzon vs Napoles took place in Paris and the mood was electric with a widespread sense that this was an historic clash between two all-time greats. And for two rounds, the match lived up to those expectations. Despite giving away so much in terms of size, it was the challenger who took the fight to the bigger man, darting inside and letting his hands go while Monzon worked to keep Napoles at bay with his longer reach. More than once in the opening frame the crowd roared as “Mantequilla” pounced, attacking with fury and driving Monzon to the ropes.

Napoles maintained his pace and aggressiveness in the second, taking chances and pressing the fight, until a minute into the round a right hand from Monzon landed flush, catching Napoles off-balance and sending him staggering across the ring. Instantly, the glaring difference in size, strength and power was confirmed. Not seriously hurt, the challenger went back to work, beating Monzon to the punch, slipping and countering, but his punches lacked the tonnage to trouble the Argentinian. It was a bit like watching a 19th century battleship fire cannonballs at a hulking aircraft carrier.

Still, the match was an entertaining and fast-paced battle to this point, and while Monzon clearly took round three, in the fourth Napoles boxed with great skill, using his jab effectively, countering with precision and raising the hopes of his fans. If he could somehow keep up this pace, might he have a chance to out-hustle and out-work Monzon over the fifteen round distance? 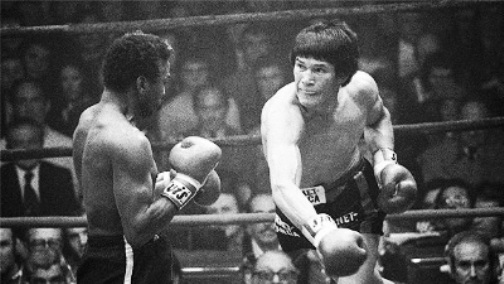 In a word, no. The fifth was the beginning of the end as a tiring Napoles started to give ground, allowing the champion to come forward behind his big right hand. Monzon opened up on his now stationary challenger, teeing off with heavy, accurate punches, hurting Napoles for the first time and injuring his right eye. In the final seconds of the round Monzon appeared just one clean blow away from a knockout win and it was something of a miracle that Napoles survived to hear the bell. 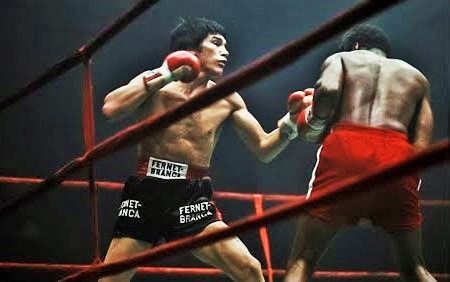 Round six was more of the same. A fading “Mantequilla” fought back as best he could, but he was simply outgunned. Another big right smashed home and now the man they called “Shotgun,” with the detached air of an experienced stevedore or bricklayer, went about the task of methodically beating up the Cuban exile, clubbing him over and over with heavy shots. At one point he even held Napoles by the chin with his left hand and then pounded him on the jaw with his right. Clean, thudding punches rained down and had the challenger almost helpless before the bell rang and Napoles walked back to his corner on most unsteady pins. 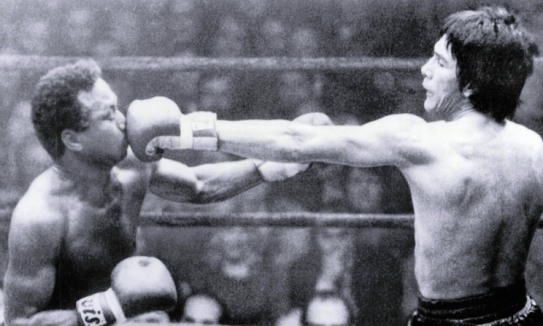 And that was it. When the bell rang for round seven, Napoles stayed on his stool as trainer Angelo Dundee turned to the referee and signaled surrender. In a fight which demonstrated the necessity of weight divisions, a great smaller man was simply no match for a great bigger man.

Napoles wisely returned to the welterweight division to defend his title several more times before retiring after a loss to John L. Stracey. Meanwhile, Monzon proved unstoppable, exiting a year after Napoles did, but only after notching fourteen consecutive defenses of his undisputed middleweight crown.            — Michael Carbert 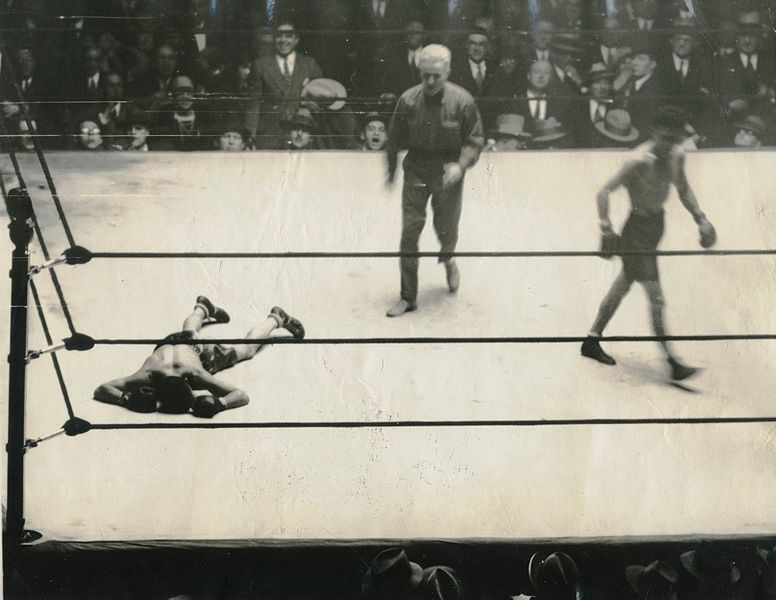 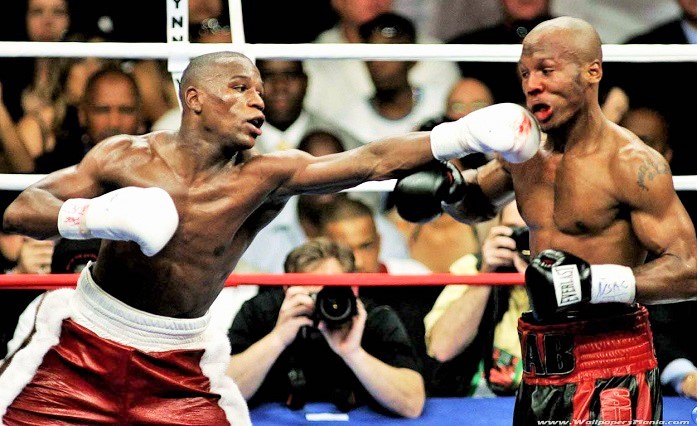 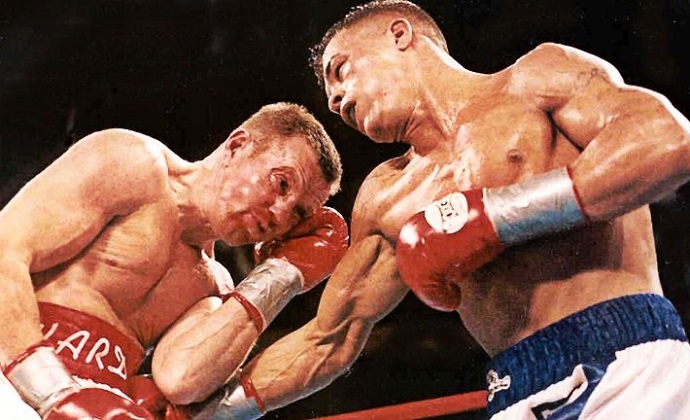