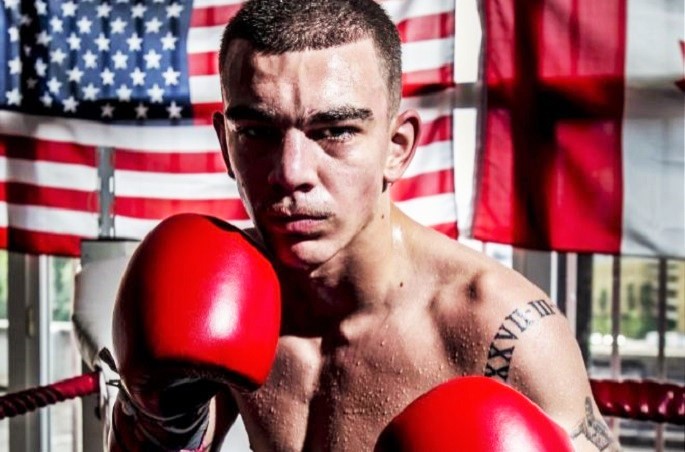 Although Spain has never been exactly a hotbed for professional boxing, emerging prospect Jon Fernandez appears poised to take up the prizefighting torch for his homeland. Indeed, the mantle of pugilistic pride that Spain-based Argentine Sergio Martinez bore with such aplomb during his middleweight title reign may soon be passed on to the young Fernandez. Managed by “Maravilla” himself and Sampson Lewkowicz, who arguably possesses the sharpest eye in boxing for spotting young talent, Fernandez will begin 2018 with a much-anticipated New York City debut.

At only 22, the undefeated Fernandez boasts 12 stoppages in 14 victories and is clearly a prodigious talent who finds himself in the enviable position of not needing to rush his development. With each win he has affirmed his growing readiness for contender status. Moreover, instead of opting to pad his record in Spain with middling opposition, Fernandez has already fought on the other side of the Atlantic on three occasions, each victory coming against opponents with winning records.

But if Jon Fernandez is going to position himself for a title shot by the end of 2018, now is the time to create some serious momentum and build on his last victory in the U.S., which came against Juan Reyes on ShoBox. Reyes, who sported a 14-3-3 record, was brutally knocked stiff by Fernandez with a single straight right hand in the second round. It was a memorable knockout as Reyes suffered a delayed reaction, his body frozen in position for a moment, like a seated statue, before he toppled backwards, out cold.

“I’m very proud of my recent performances,” says Fernandez via translator. “Of course, there’s always things to be self-critical about, but overall I’m satisfied with my last four fights, including the Reyes one that was nominated for KO of the Year. They’ve all been very important victories.” 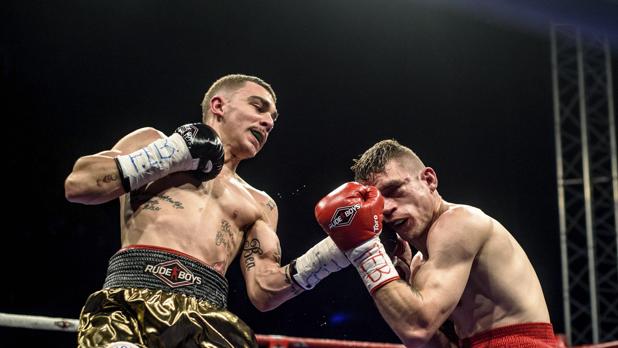 In Spain, soccer reigns supreme. But at 14, Jon Fernandez’s uncle brought him to a boxing gym, and the lanky super featherweight was instantly smitten. He fell in love with the ambiance and the craft and has been committed to the sport ever since. Fernandez’s dedication is evident in his polished, throwback technique combined with the physical gifts of a modern athlete: a 5’11” frame that can somehow make 130 pounds and packs some serious punching power.

Fernandez describes himself as a cerebral boxer who employs his height to either box from range or bang on the inside, the latter showcasing his uncanny ability to uncork sharp shots like his devastating uppercuts and straight right. And it’s clear his handlers feel they’ve tapped into something special. The willingness to move Fernandez briskly and take him out of his comfort zone is rare for a young prospect who could have easily opted to conquer the European circuit.

And indeed, there appears to be a chance for Jon Fernandez to not only succeed but to parlay American triumph into lucrative homecomings as an eventual world champion. Boxing may not hold sway over Spain’s collective sporting consciousness, but few things can galvanize sports fans like an elite prizefighter. Fernandez has a long way to go before he can be considered such and alter the course of his nation’s pugilistic history, but the foundation for such success is certainly there.

Part of the confidence in Fernandez’s prospects comes from the interest former middleweight champion Sergio Martinez has taken in “Jonfer.” Martinez began his career in his native Argentina but eventually based himself in Spain before journeying to America. There he had to bide his time as lesser fighters got title shots, but “Maravilla” eventually made his mark and forged a championship legacy. That Martinez has identified Fernandez as a talent worth investing in suggests the young Spaniard is perfectly positioned to capitalize on the often arduous path “Maravilla” blazed.

“I’m proud to have Sergio Martinez as a manager,” Fernandez says. “He was a great boxer but he’s an even greater person. I look up to him. I grew up watching him and really admired his style of boxing. The best advice he’s given me is to enjoy every moment and not be in too much of a hurry.”

When Jon Fernandez steps into the ring against savvy veteran Fatiou Fassinou (28-8-3), he’ll be facing his most experienced and credible opponent to date, a true journeyman whose losses have come against legit prospects and contenders. This match will act as a measuring stick for Fernandez and, if all goes well, a springboard that propels him towards a showdown with the likes of Francisco “Bandido” Vargas by the end of 2018, if “Jonfer” has his way.

In fact, Fernandez believes he could challenge for a world title in 2018, but there’s no need to gamble or rush at this stage. He continues to work on his craft, with a particular emphasis on improving his defense, and he’ll have to sustain both his winning ways and his 12 fight knockout streak, if he wants to elevate his status and become the face of boxing in Spain. Fernandez dreams of growing the sport in his home country by triumphing in high-profile fights, which necessitates conquering the American market. That invasion is now underway, and it’s significance could be far-reaching.

“It’s been a dream come true for a Spanish boxer to fight in the U.S. and to win in the U.S.,” Fernandez says. “It’s been a great experience and the response from boxing fans has been amazing.”         — Zachary Alapi 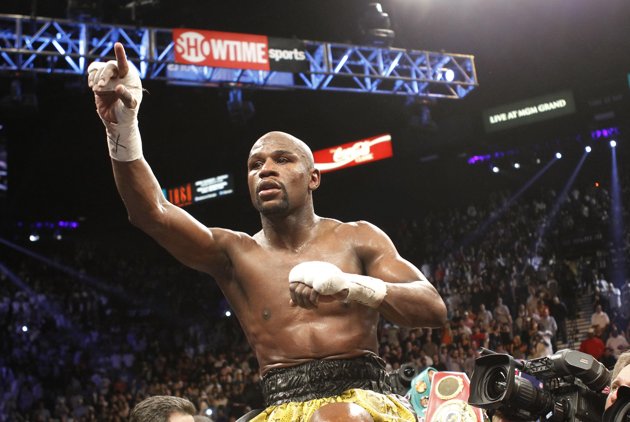 Mayweather vs Guerrero: A beautiful monologue in Las Vegas 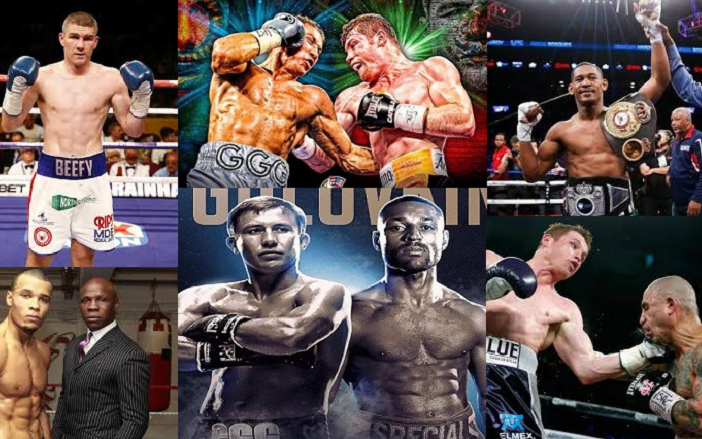 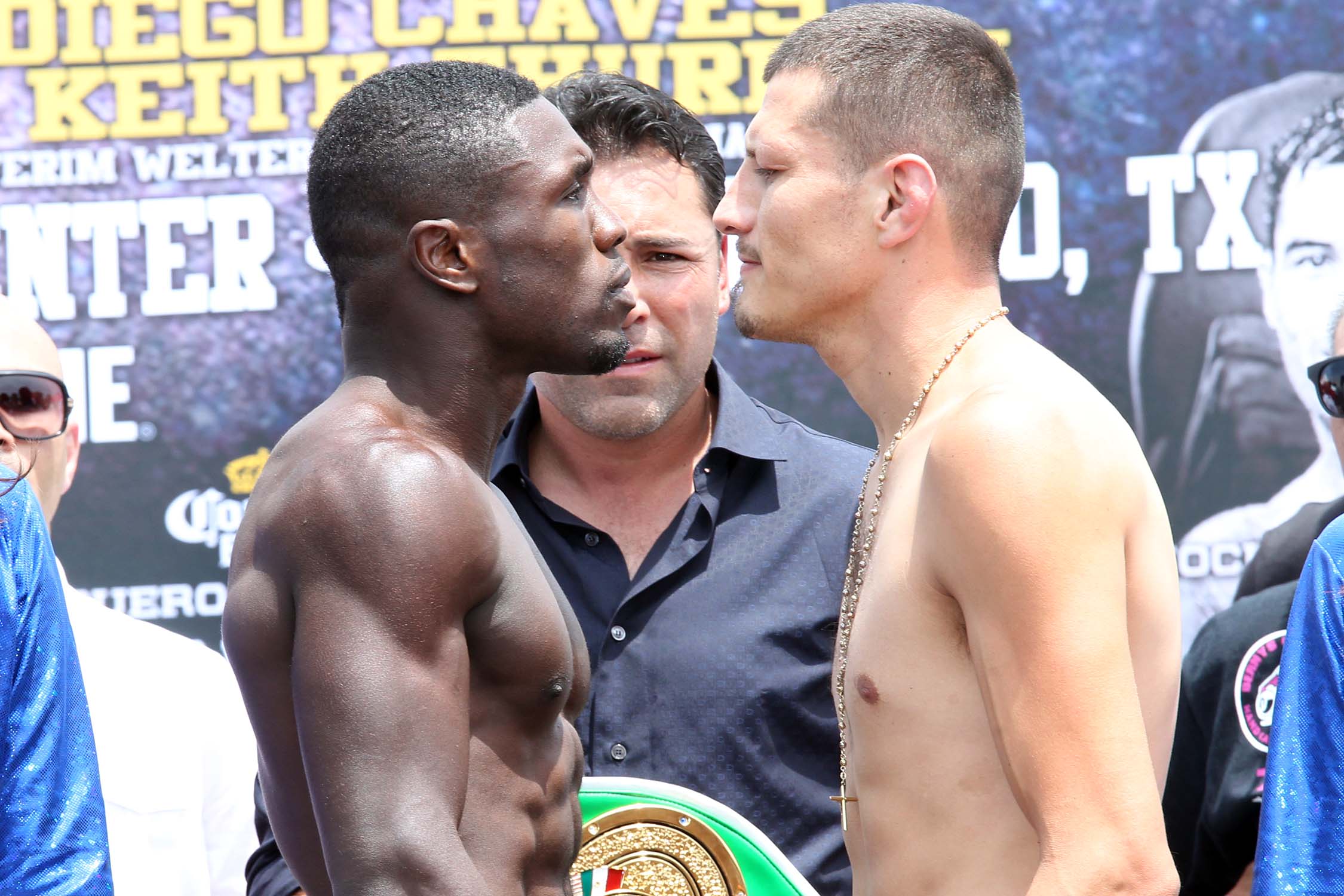