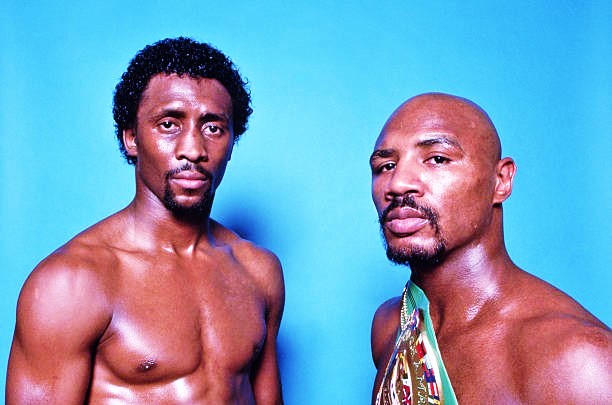 A few weeks ago my father saw me reading and asked what the book with the colorful cover was all about. I told him it was a look back at Marvelous Marvin Hagler vs Thomas “Hit Man” Hearns in 1985, and he said that he remembered that fight, and that he also recalled seeing Hagler in some TV commercials not long after it. Since we were talking boxing, and the match-up happened to be a current topic of interest, I then asked my dad what he thought about Canelo maybe fighting Golovkin for a third time. “I don’t know what you’re talking about,” he said. 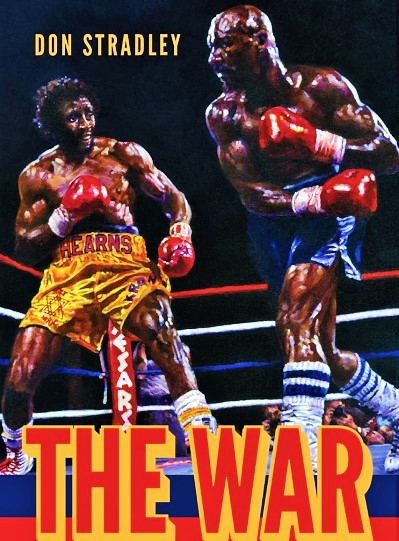 Not that I wasn’t enjoying the book up to then, but that little talk with my dad put in a different perspective the fact that I was reading an account of a clash of true champions that I, and no doubt many fight fans, had almost memorized. I usually have some trepidation regarding narratives about events with which I’m so familiar. Sometimes they come through, like the “30 for 30” documentary about the legendary Tyson vs Douglas upset, but that isn’t always the case.

When I first cracked the spine of The War: Hagler-Hearns and Three Rounds for the Ages, some of those mixed feelings bubbled up again. Hagler vs Hearns is one of the most famous bouts in boxing history, eight minutes of incredible action that any fight fan has seen multiple times. Every year on its anniversary a slew of retrospective articles get published or re-released by major boxing publications and websites, and the video is all over social media. What could Stradley’s book add to a 35-year-long conversation about this short yet spectacular battle?

Talking to my my father though, showed me how much I didn’t know about Hagler vs Hearns and its cultural impact. It’s easy to get into our silos these days, such that Fury vs Wilder III becomes the center of the sports universe for most people we know, while we forget that the vast majority have no idea it’s even happening. Boxing, of course, wasn’t always like that. Everyone knows Muhammad Ali transcended sports, to the point that he’s the cliché example. It’s worth remembering he was not the only one, just the one who lasted. In The War, Stradley chronicles in detail the sizable mark Marvelous Marvin Hagler and Thomas Hearns left behind, one that no fighter today, even Floyd Mayweather, could dream of.

Stradley’s book is especially apropos for the generation of boxing fans who can’t really understand what “The War” meant outside the ring, to the larger culture and to mainstream sports fans. I was five years old when it happened, so while I can almost give you a blow-by-blow summary of the fight itself, I’m limited to what happened between the ropes and how that fits in to the combatants’ Hall of Fame careers. Stradley gets into much more, and therein lies the excellence of his book. 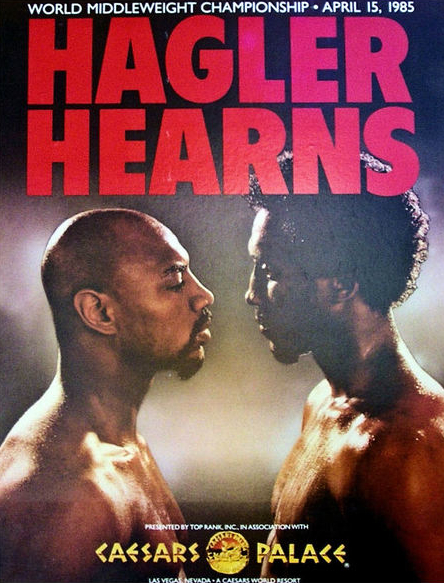 First, Stradley makes very clear that this “superfight,” unlike the big fights of our time, wasn’t primarily about money. Both Hagler and Hearns were already very wealthy. For two years Marvin had been the highest paid pro athlete there was, while Tommy had collected huge checks for his duels with Sugar Ray Leonard and Roberto Duran and had a mansion and a fleet of cars. Money aside, it was well known that Hagler felt the boxing establishment had never given him his due, and with good reason, while Hearns, still stung by his epic loss to Sugar Ray, wanted to be the A-side. Both thought this fight was their big chance to be phenoms instead of just champions.

The shadow of Leonard hung over Hagler vs Hearns, despite Sugar Ray being retired at the time. Both Tommy and Marvin wanted to take his place, less in regards to belts and more in terms of popularity and prestige. Leonard’s 7-Up commercials were more a driving factor than his championships. Fame, adoration, and endorsements were what the two champions craved, and these motivations frame Stradley’s account more than any details about fighting styles, tactics or training camps. Afterwards, Hagler and Hearns did end up on late night talk shows and in commercials, doing guest spots on sitcoms. Reading about these warriors doing cameo roles on top-rated TV shows is almost surreal as I find it impossible to imagine any active American boxer appearing on say The Big Bang Theory, but Hagler was in an episode of Punky Brewster, while Hearns was on Martin. 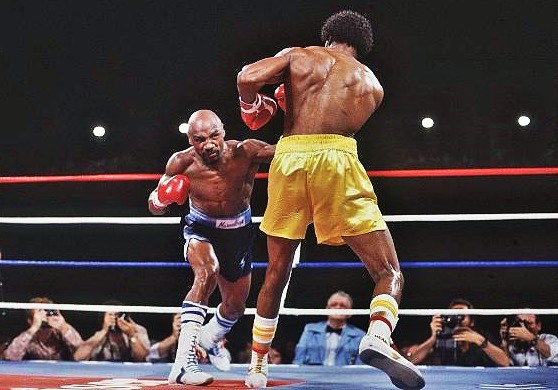 In another sense, Stradley reveals that both victory and defeat were more complicated than one might think, as, for both fighters, that larger fame, the celebrity status which Hearns and Hagler sought, was fleeting. For the victor, we see he was never the same. While Marvelous Marvin had a brief moment of validation, it eventually faded, and his controversial defeat to Leonard returned him to being the begrudging character most recall. For Hearns, the epic image of his limp frame being carried back to his corner defined the fight. This is one of those moments Stradley lingers on in a wonderful way, compiling thoughts from some of the top boxing writers about what it meant. Joyce Carol Oates, for example, says that Hearns looked “like a black Christ taken from the cross.” 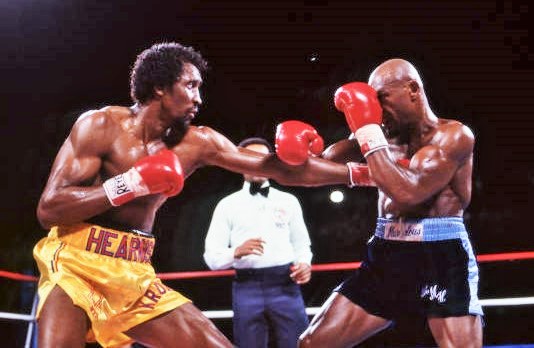 In the aftermath of the battle there were conversations that Hearns no longer had the same devastating power, that he fell victim to the trappings of bringing his entourage to Vegas, that he could never achieve the same status as that of his greatest rivals. All of this is true, and Hearns never got the rematch with Hagler that he wanted so badly, but he did recover, continuing his career and winning more belts. He even earned a disputed draw with Leonard in 1989, which gave him some satisfaction, the feeling that he proved to all he was Ray’s equal. 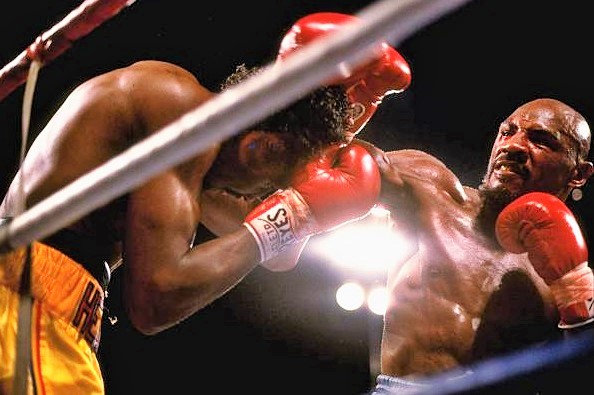 In addition, there’s a more focused aspect of the fight that most of us did not experience, even those old enough to remember watching it live: namely, what it was like to be inside the Caesars Palace Outdoor Arena in Las Vegas that night. Stradley brings this viscerally to life, and makes it clear that, while we all know that most sporting events are better in-person, this one transcended the usual experience in the stands, just as the tape of the action transcends most other prizefights. As legendary baseball manager Sparky Anderson would put it, “I’ve never witnessed anything like that for excitement.” 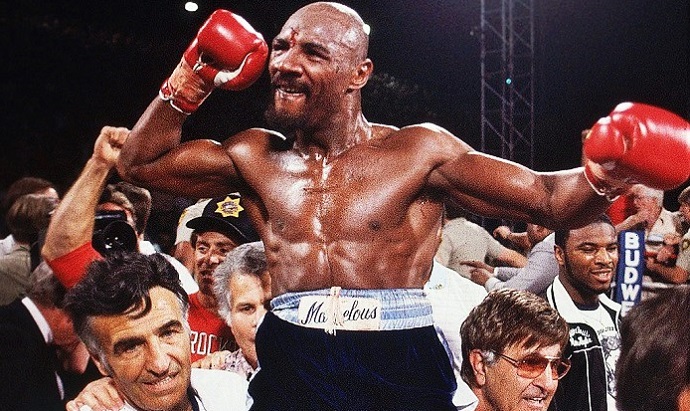 And yet, as Stradley reminds us, Hagler vs Hearns was much more than a thrilling championship showdown, more than eight minutes of state-sanctioned violence. It was a major event that had a huge impact on the sport and helped define the careers of two great champions, its repercussions still felt today. The War admirably expands a reader’s view of one of the classic fights in modern history.        — Joshua Isard 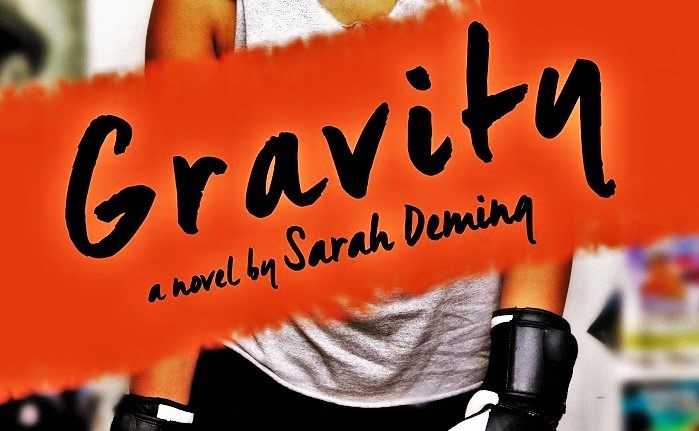 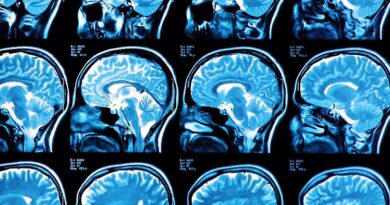 Love, Hate, And The Agonizing Truth 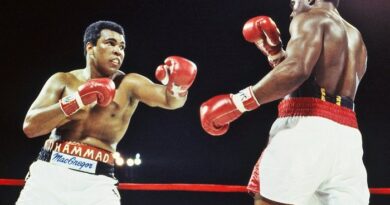