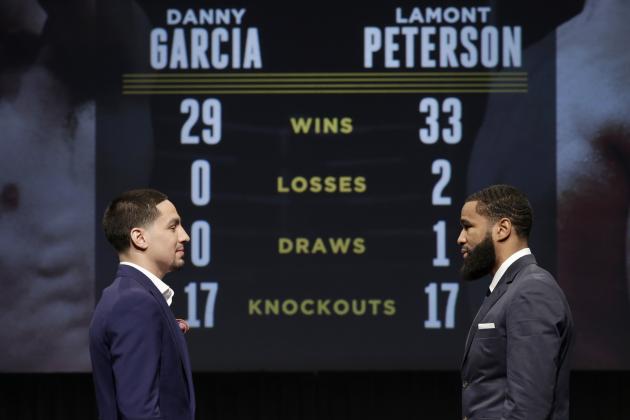 If you didn’t yet believe boxing is the greyest of sports, you need look no further than this Saturday’s main event in Brooklyn, NY. At Barclays Center, 140-pound lineal, WBC and WBA world champion Danny “Swift” Garcia will face IBF junior welterweight titlist Lamont Peterson at a catchweight of 143 pounds with no titles on the line for 140-pounds supremacy.

And if that confuses you even a little bit, you obviously didn’t catch Peterson’s recent comments. With a nonchalance usually reserved for lying politicians, the DC native declared this week to Ring TV that his fight with Garcia will decide who is the man at 140–notwithstanding the catchweight–while at the same time acknowledging “it’s not clear” to him why both fighters were allowed to weigh three pounds over the division limit.

Yes, Garcia vs Peterson has the potential to be a very entertaining fight given both prizefighters’ styles and their punching power. While their resumés would be considered middle-of-the-road in past eras of the sport, in this day and age they’re good enough to label them the two best fighters at jr welterweight. However, sadly, Garcia vs Peterson also sets an ugly precedent for Al Haymon’s PBC series, as it flouts the whole concept of weight classes in pursuit of Haymon’s agenda.

An agenda which we can expect will be followed by NBC’s broadcast team this Saturday, eager as they will be to obviate the messy catchweight business and sell the fight as a battle for the supremacy of a division which neither combatant will be officially competing at. This would be in tune with previous broadcasts of Haymon cards: the same NBC team continually tried to paint the Keith Thurman vs Robert Guerrero tilt a much more violent and exciting hue than it really was. Last January–to the benefit of one of Haymon’s most cherished investments–the Showtime crew hailed Deontay Wilder’s victory over Bermane Stiverne as the return of the heavyweight crown to America, completely and conveniently forgetting the existence of Wladimir Klitschko. They also appointed Gary Russell Jr. the “kingpin” of the featherweight division after his knockout of Jhonny Gonzalez, neglecting the fact WBO titlist Vasyl Lomachenko holds a win over Russell.

Perhaps this is a taste of what is to come in the PBC universe: attractive fights on paper, which may or may not prove exciting in the ring, but which come tagged with any number of asterisks and qualifications. Is that the cost of marketing boxing to a broader audience? Will hardcore fight fans, the same ones who stuck with boxing through thick and thin, have to endure an avalanche of propaganda and shameless flouting of the rules in order to get marginally better product than they’re used to watching? It’s a tall order to expect us to swallow all this without some of us getting bouts of indigestion.

Just like fast food, which can be delicious while we chomp on it but can turn against your stomach in a second, Haymon and his PBC enterprise tease us with their flashy production and the promise of exciting fights only for us to find out that a bunch of rules were broken and the truth was twisted so that they could put their card on free TV. Then again, boxing’s always been a grey business: after dismantling the dangerous Lucas Matthysse, Danny Garcia is looking to rebound from a horrible 2014 in which he first got gifted a decision in a fight he deserved to lose to Mauricio Herrera, only to come back in one of the worst mismatches in recent history against Rod Salka. Lamont Peterson, for his part, is not going to be nominated for sainthood anytime soon either, given his testing positive for a banned substance in 2012, effectively cancelling a scheduled rematch with Amir Khan that year.

It’s never been easy being a fight fan, and this fight is a perfect example of why. I think Danny Garcia is a very talented kid, and his victories over Matthysse, Amir Khan and Zab Judah prove both his ringsmarts and his mettle. Lamont Peterson is not quite on the same level, but other than getting annihilated by Matthysse, the guy has tons of heart and always comes to fight. Still, if I tune in this Saturday night, not even the sound of Bob Costas, Al Michaels and Sugar Ray Leonard waxing poetic over the Al Haymon-led boxing renaissance will drown out the voice of my conscience telling me that what I’m watching is—to a significant degree—staged for the benefit of the gullible audience PBC seeks to get a hold of. And what pisses me off the most is that things don’t need to be like this. Boxing doesn’t need to be tailored and customized to cater to the taste of some supposed demographic which may or may not give a damn about the sport I love.

I don’t doubt Haymon’s been working lots of overtime trying to get this PBC thing off the ground, and because of all the effort involved, and all the money, and the stakes involved, I’m willing to give him the benefit of the doubt. But the fact we’re only a few PBC shows into his scheme and we’re already seeing shenanigans of this sort arouses the skeptic in me, and frankly it’s quite hard to get that guy to shut the hell up once he gets going. So I’ll be tuning in this Saturday night, even with all the catchweight nonsense, because Danny and Lamont may just put on a hell of a fight, like they’ve done in the past. But I’ll also keep my eyes and ears wide open to make sure I can differentiate between what’s real and what’s propaganda. And if the latter at some point overwhelms the former, I’ll have to start considering getting my boxing kicks somewhere else than on PBC broadcasts. –Robert Portis 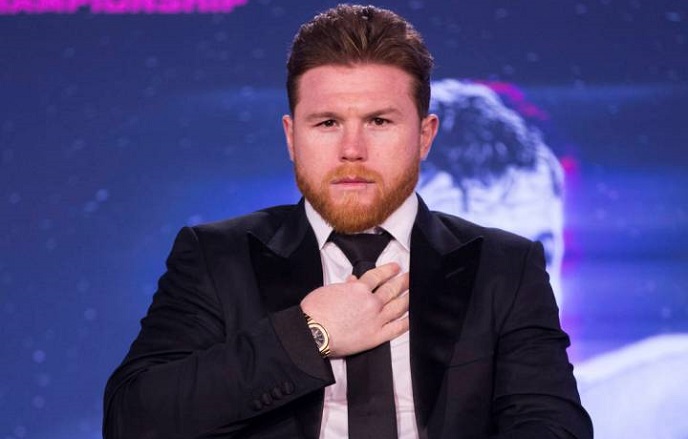 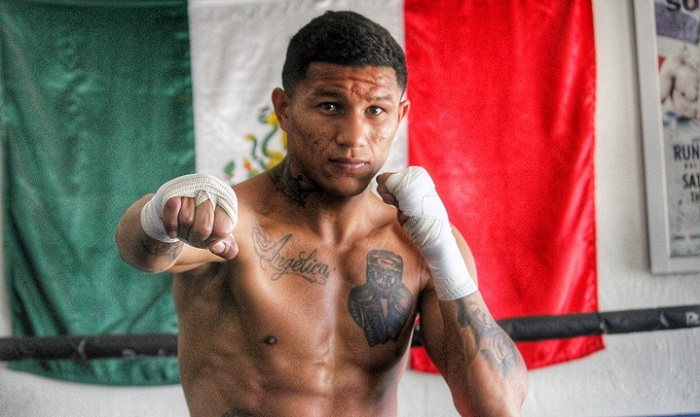