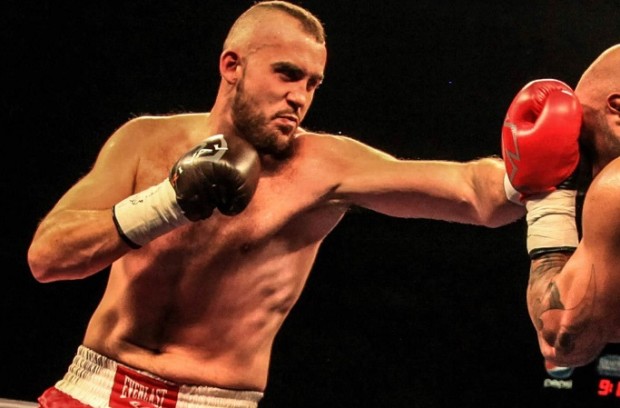 On Friday night, Madoc, Ontario’s Dillon “Big Country” Carman will defend his Canadian heavyweight title against Donovan “Razor” Ruddock. The fight, which will occur on the Adonis Stevenson vs Thomas Karpency undercard at Toronto’s Ricoh Coliseum, will be Carman’s first high-profile defense of his championship. It is a formative step in the heavyweight’s nascent career.

Carman won the vacant title in feral style last October against Quebec City’s Eric Martel Bahoeli. That bout, broadcast live on TSN from the Mattamy Center in Toronto with George Chuvalo at ringside, saw both fighters brawl and score knockdowns in an exceedingly entertaining show. Carman won via technical knockout in the seventh, when the brave but outgunned Martel succumbed to a devastating combination and the referee intervened. “Big Country” celebrated as euphorically as you might expect from someone who’d experienced a dramatic change in fortune.

His success had come almost out of nowhere. Carman had no idea he would be competing for a title when he received a phone call from Global Legacy promoter Les Woods, who had needed a late replacement opponent for Martel. Despite not having fought in almost a year, and with only a few weeks to prepare, Carman eagerly signed on and then proved himself worthy of Woods’ interest. “It was kind of like a movie,” he told The Fight City. 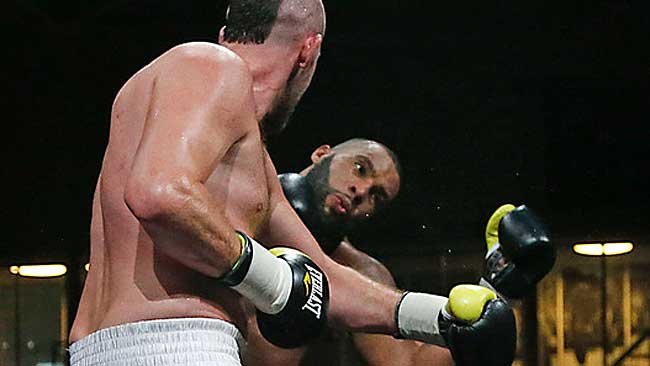 That day in Toronto was the culmination of a boxing journey that had begun on the Texas amateur circuit. Why Texas, rather than Ontario or Quebec? For a brief period, Carman had lived in Florida, during which he became aware of an opportunity to compete in the Lone Star state. In six years he won two state championships, earning valuable experience against a deep pool of talent. Carman said his decision to turn pro in Canada was made with his Texan team, who thought that, as a Canadian, it would be more productive to build his profile at home.

At 29, his professional career, which began in 2011, is still relatively young, particularly in an era where many heavyweights don’t reach full maturity until their thirties. Carman is 8-2 with seven knockouts, and self-identifies as a boxer-puncher who fights strategically. He is a thinking man, whether inside the ring or out of it. When asked if the urge to fight is inherent to his personality, Carman demurs somewhat, describing himself as a rational person not given to impulsiveness. “I’m definitely a cerebral guy. If I stand for something, I’m willing to fight for that. [But] I was never just like a kid to fight anybody.”

Indeed, Carman is a considerate man who provides thoughtful answers to questions, sprinkling his commentary with witticisms, such as “50 is the new 30” in reference to Razor Ruddock’s age. His manner is bereft of conceit, and he believes his background and disposition make him easier to relate to for ordinary sports fans. “I’m a small town kid chasing a dream. I feel like people can relate to that. I don’t have to put a façade on or any sort of persona. Everything that you see is just me.” 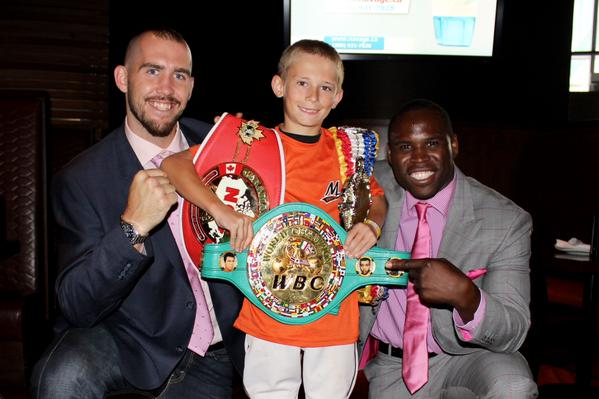 Carman, seen here with Adonis Stevenson, is a relatable guy.

But a pleasant, open disposition, which is fine for polite society, does little to advance one’s fortunes in the ring. Carman will have to indulge his more violent instincts Friday night, when he meets a man who twice fought a pre-prison Mike Tyson and is listed among The Ring’s 100 Greatest Punchers.

It is a fight some aren’t taking seriously on account of Ruddock’s age. He is 51, even older than Bernard Hopkins, and prior to the first of his two comeback bouts last March, he’d been out of the ring for over 14 years. Unsurprisingly, the ravages of time show on his once pristine physique. Pectoral muscles that formerly resembled armor plates have been pulled downwards by gravity’s invisible hand. Skin sags, legs and arms appear less elastic.

Nevertheless, Carman insists Ruddock, who has loads of experience, isn’t an opponent to become overconfident around. “Don’t overlook Razor Ruddock. We know his name for a reason. He was top five in the world for a reason. I’m not overlooking him so you guys shouldn’t overlook him either.” 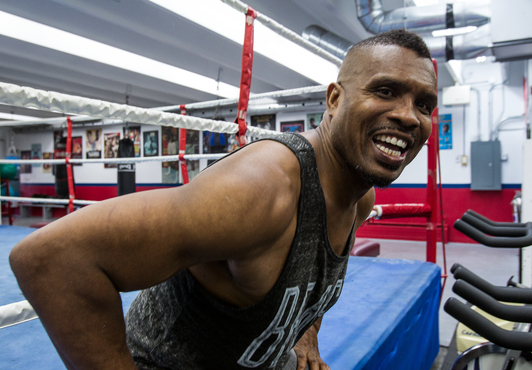 Despite Ruddock’s age, Carman warns against not taking Razor seriously.

It was Ruddock who wanted this fight, Carman says. The former champion sees winning the Canadian title as a necessary step towards his larger ambitions. While the Madoc native is respectful of Ruddock’s career, he’s adamant Razor’s dream will be served a cold dose of reality. “Supposedly [the fight is] a stepping stone on the way to him becoming the oldest world champion in heavyweight history, but that’s going to all end on September 11.”

The younger, confident champion believes in his skill, power, and acumen, and says boxing “is like a chess game, you have to be thinking three or four moves ahead.” Dillon also acknowledges where he has to improve, like not allowing himself to get dragged into a brawl, as he did against Martel. If he makes the necessary adjustments and continues to box with intelligent aggression, Carman foresees a bright future for himself. “I’m a powerful man when I turn my right hand on you,” he says. “There’s not a lot of men in the world who can hang with me.”

Indeed, he has much to be excited about. Carman has the backing of Les Woods and Global Legacy, an outfit that’s quickly established itself as the premiere promotional company in Toronto. Friday’s show will be staged in association with Montreal’s Groupe Yvon Michel (GYM), a longstanding power in Canadian boxing. It is an important partnership for Global Legacy, which recently added Lennox Lewis to its staff. Lewis is certainly a dramatic acquisition, as the former Canadian Olympic gold medalist and undisputed world champion, with his local ties and Hall of Fame bonafides, gives the company increased visibility. 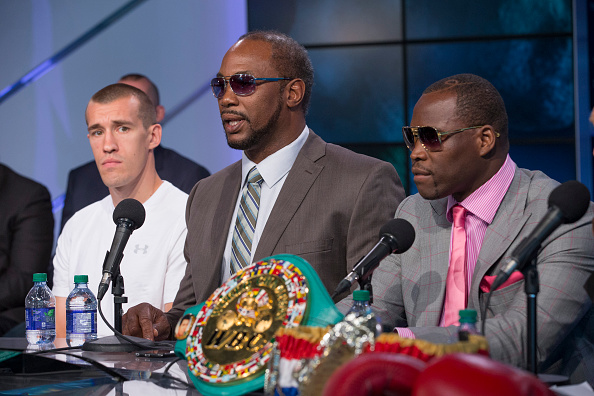 Carman’s relationship with Global Legacy has been fortuitous. It’s a company whose reputation is rising, and his title – won, as it was, on Global Legacy’s first major event – is now woven into the history of the Port Credit, Ontario business. Ideally, the fortunes of the company, the fighter, and the reputation of Toronto as a boxing town will all ascend together. Outside of Quebec, many Canadian fighters receive woeful coverage by a sports media obsessed with hockey, “dusted under the rug,” as Carman himself put it. But there is a genuine opportunity for change through clever, calculated marketing, the creation of compelling narratives, and the staging of regular cards in Canada’s biggest city.

For now, Carman is simply grateful for the opportunity to fight, a fact he emphasizes several times in our conversation. “I love boxing to my core,” he said over the phone, his voice swelling with the genuine passion of a man whose speech springs from the centre of his being. And his aspirations in the sport he adores are unambiguous: “If you can say you’re the heavyweight champion of the world, you are the baddest man on the planet. And I kind of want that title.”