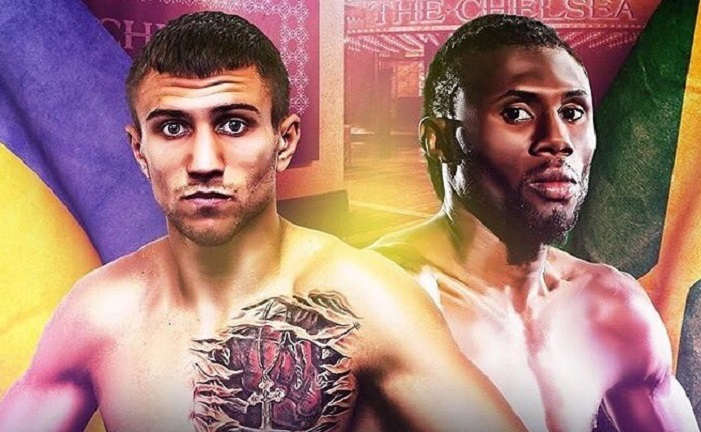 Lomachenko vs Walters. Two of the very best in the world at 130 pounds, both facing their biggest challenge and most dangerous opponent yet. And it’s going down tomorrow night. It’s a terrific match and while it’s not a pay-per-view event, it deserves all the hype and attention it gets. Which includes the astute minds at The Fight City offering up their carefully considered picks. Plus, at the conclusion, check out picks from a former world champion and an Olympian who will both be feeling pretty “irie” should “Axe Man” score the upset win. Check it out:

I think speed is going to be the difference here. Lomachenko has it in spades, and I think he’s going to use it to befuddle Walters. “The Axe Man” may have the power advantage but for that to be a difference-maker, he needs to land cleanly and I just don’t see that happening often. Lomachenko will use his sublime footwork to maneuver Walters and prevent him from getting set, which will negate his power. Lomachenko by late round TKO.        — Jamie Rebner

Another weekend, and another fantastic match-up between two of the best in a supposed “terrible” year for the sport. This is a real style clash, and a good case could be made for either man. Nicholas Walters is the less polished but seemingly the stronger, heavier-handed boxer. Considering that Lomachenko’s only defeat came in a fight where he was essentially bullied and mauled by a stronger, more physical fighter, it is therefore possible to envisage the same happening here. It’s worth bearing in mind though that some of Walters’ biggest victories and most impressive knockout wins came against fighters coming up from lighter weight classes (Darchinyan and Donaire), whereas he is now the one moving up to a higher division. Meanwhile, Lomachenko just seems to get better every time out. As such, I just find it difficult to pick against him. I would not write Walters off completely but the superior skills of the Ukrainian should prevail. Lomachenko by unanimous decision.          — Matt O’Brien

Walters will enjoy something like an eight-inch reach advantage over Lomachenko. But despite being fairly rangy and possessing a solid jab, the challenger is arguably at his best when barricading himself behind the lead shoulder and counter-punching in close (Walters’ right uppercut at close-quarters is particularly nasty). Technically sound, physically strong, and a powerful puncher with both hands, it is doubtful whether Lomachenko has faced a more dangerous opponent than “The Axe Man.”

However, in order to take Lomachenko’s sublime A game away from him (i.e. prevent him from blindsiding you and turning you into punches), you have to either negate his creative footwork with your own, more defensive footwork, or go the Orlando Salido route and rough him up on the inside. And I just think that Walters will probably be a little too flat-footed and aggressive with his footwork to do the former, and, should he be able to get close to Lomachenko, a tad too honest and unsavvy with his in-fighting to do the latter. The pick here, then, is Lomachenko by decision after a somewhat shaky start.            — Lee Wylie

There’s nothing quite like having to pick against a fighter you really like. “Axe Man” is, stylistically at least, one of my favorite current boxers, but even so, I have a hard time seeing him pulling this one off. Lomachenko is just at another level. No, I’m not riding the hype train here. Loma’s lost once and we may well see him lose again. Not this time, though. I just don’t see Walters’ punches finding their home often enough for it to matter. Lomachenko by UD.     — Sean Crose

Despite Lomachenko’s abilities and Walters’ inactivity, I will remain true to what I do and pick the underdog. Walters needs a stoppage; that’s the only way he wins. But I’m still pissed about the fact Lomachenko got title shots in his first two pro bouts. I just think it’s disrespectful to the sport and I find it easy to root against him because of the expectations and everything that’s backing him. So, my heart, and my pick, is with Walters by stoppage. I know most don’t agree with me, including coach and former champ Ian MacKillop of the new Donnybrook Boxing Gym. It is what it is.    — Manny Montreal

Seems like many, if not most, are selling “Axe Man” short. Not me. I think he is, by far, the most daunting opponent Lomachenko has yet faced and his size, reach and power are going to create serious problems for the clever Ukrainian. That said, Walters has to do serious damage. There’s no way he wins a decision unless he scores some knockdowns. Otherwise, he has to be looking for the stoppage. A body attack will be key, as is cutting off the ring and changing up his rhythm and timing to prevent Lomachenko from taking control. The challenger will be behind on points but come on strong in the late going and shock everyone when he lands big shots on a tiring Lomachenko. Walters by late round TKO.     — Robert Portis

Rust could be difficult to shake off for both men come fight time, but Walters has been out almost an entire year. Lomachenko seems to stay in shape between bouts and is stylistically difficult for almost any opponent. If Walters can work his way inside, Lomachenko might have issues with the challenger’s body punching and strength. It’s an excellent match that has the potential for fireworks, but the odds are Lomachenko finds a way to take control and a decision win.       — Patrick Connor

I find it difficult to envision Walters winning a round, let alone the fight. Lomachenko is too quick and mobile and Walters has been out of the ring for too long. “Hi-Tech” by unanimous decision.       — Michael Carbert

As much as people may want to pick Loma or Walters for a KO, both men have good beards and can take a punch. I like Loma simply for his footwork and his excellent counter-punching. Walters is good and has scary power but “Hi-Tech” has faced the better opposition and has shown he can adapt when Plan B is called for. Lomachenko by unanimous decision.         — Chris Connor

Vasyl Lomachenko is the complete package: skill, speed, power, defense. Indeed, “Hi-Tech” creates highlight film moments without needing to throw a punch. It is extraordinarily rare to say this about a pugilist who has engaged in just seven professional fights. The aggressive and often crowd-pleasing Walters will attempt to push the bout and engage at close quarters. But “Axe Man” has not stepped into the ring in almost a year, when he had to settle for a controversial draw against Jason Sosa last December. Lomachenko by decision.         — Thad Moore

This shapes up as a battle between one of the sport’s silkiest boxers and a man with wrecking ball power, a classic boxer vs puncher match-up, in a bout that figures to be a fight of the year contender. The outcome hinges on Walters and his ability to break down the sublimely skilled Lomachenko. If he can figure out a way to nullify the Ukrainian’s footwork and evasiveness it will go a long way towards a victory. Many will point to Lomachenko’s loss to Salido in 2014 as proof that roughhouse tactics can put the former amateur star off his game but Lomachenko has improved greatly since then and I see his skills being enough to outbox the big-hitting Jamaican. Lomachenko by unanimous decision.     — Daniel Attias 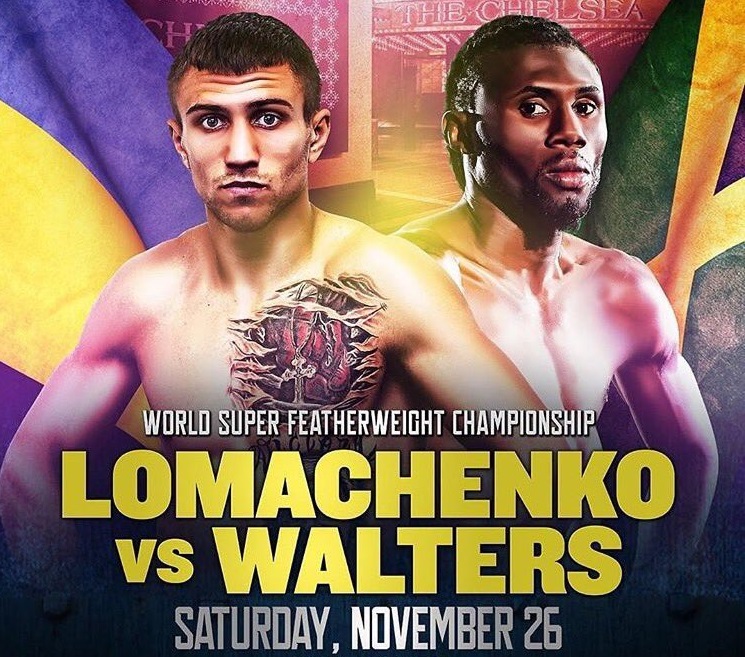 Walters is good, but Lomachenko is on a different level in terms of skill. It’ll be a wide points win for the Ukrainian.    — Ronnie McCluskey

Walters carries a lethal punch, but Lomachenko’s movement and skills will be too much for him. I expect “Hi-Tech” to systematically break down “The Axe Man” and get a late round stoppage.       — Alfonso Jasso

For the second week in a row, a fascinating match-up between an elite boxer and a devastating puncher that could have major implications for the sport and future match-ups. Several key questions will be answered. Was Walters’ breakout 2014 campaign somewhat overblown and really the product of feasting on faded marquee names? Or will the Jamaican’s power bother Lomachenko, who has yet to face a truly elite puncher as a pro? And, against someone as dangerous as Walters, can the Ukrainian get away with his rhythmic style that often sees him drop his hands? The thinking here is that Lomachenko is too skilled while Walters’ layoff coming into this fight is a concern. Ultimately, Lomachenko’s footwork and hand speed should befuddle Walters and force the challenger to resort to landing that desperate, fight-altering shot as the bout progresses, which actually plays into Lomachenko’s hands. Walters will have his moments, but Lomachenko should emerge a clear victor.         — Zachary Alapi

Check it out: Otis and Howard Grant Pick Lomachenko vs Walters: 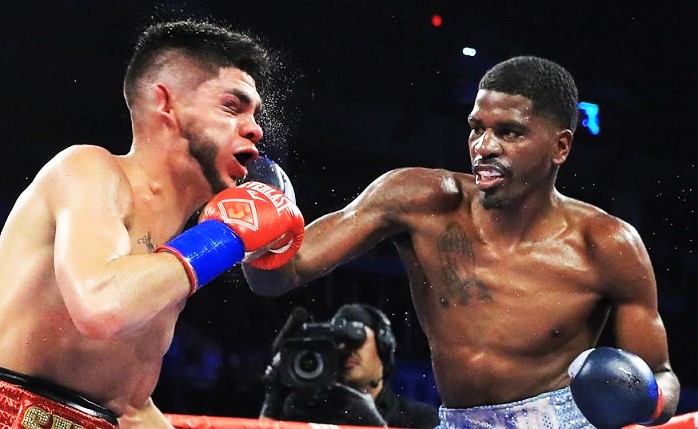 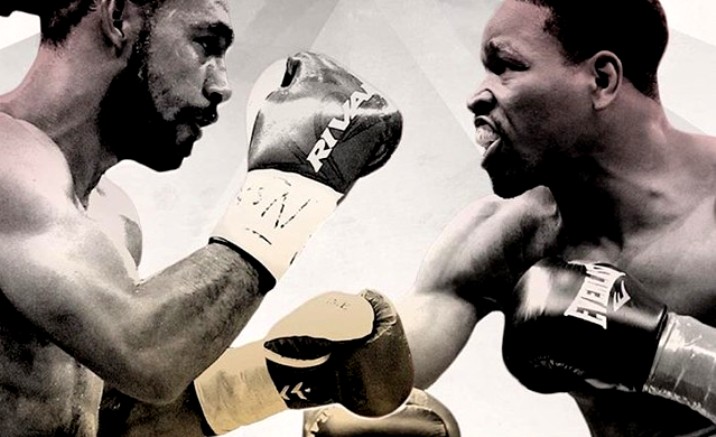 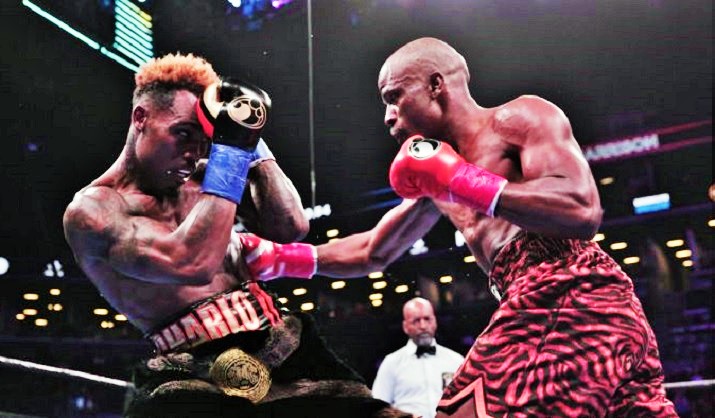