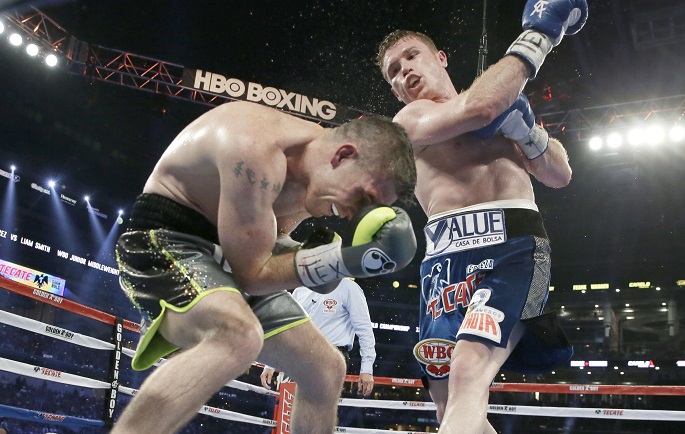 In a stunning upset on Saturday, upstart cruiserweight Oleksandr Usyk (10-0, 9 KOs) shocked previously undefeated WBO world champion Krzysztof Glowacki (26-1, 16 KOs) via clear-cut unanimous decision in Poland. Usyk was too slick and polished and largely out-boxed the rough and tumble Glowacki on route to commanding scores of 119-109 and 117-111(x2).

In Dallas undercard action, middleweight contender Willie Monroe Jr. (20-2, 6 KOs) pounded out a clear cut unanimous decision over the always rugged and popular Gabriel Rosado (23-9, 13 KOs, 1 NC) in the chief supporting bout of Canelo Alvarez vs Liam Smith card. Monroe was too skilled and polished for the always aggressive Rosado, who despite having his moments got hit too often down the stretch. Monroe was ahead on all cards after 12 rounds 118-110, 117-111, and 116-112.

On the same card, once-beaten welterweight Sadam Ali (23-1, 13 KOs) rebounded from his first career loss to Jessie Vargas with a a ten round decision win over Saul Corral (21-8, 12 KOs). It was a competitive fight but Ali’s cleaner more effective punching carried the way to near shut-out scores.

Ishe Smith gained a second-round knockdown and earned a majority decision over Frank Galarza in a back-and-forth battle Friday night at the Cosmopolitan in Las Vegas as seen live on Premier Boxing Champions. On the same PBC card, Justin DeLoach(16-1, 8 KOs) earned a 10-round unanimous decision over Domonique Dolton (17-1-1, 9 KOs) in a 154-pound matchup, and 168-pound contender J’Leon Love (23-1, 13 KOs) scored a sixth-round TKO of Dashon Johnson (21-20-3, 6 KOs).

WBC bantamweight champion Shinsuke Yamanaka rallied from an early knockdown and stopped mandatory challenger Anselmo Moreno in the seventh round Friday in front of a boisterous crowd in in Osaka, Japan. On the same card well-traveled veteran Hozumi Hasegawa shocked WBC super-bantamweight champion Hugo Ruiz, stopping him in nine rounds after a “Rocky” like performance when the champ retired on his stool to the delight of the Japanese crowd.

On Thursday night undefeated welterweight Dusty Harrison scored a unanimous decision over Thomas LaManna to pick up the vacant USBA title at the 2300 Arena in Philadelphia.

In front of a huge crowd at AT&T Stadium in Dallas, Texas Mexican superstar Saul ‘Canelo’ Alvarez (48-1-1, 34 KOs) returned to the junior middleweight division with a vengeance as he stopped previously undefeated Liam ‘Beefy’ Smith (23-1-1, 13 KOs) in the ninth round with a brutal body shot.

Alvarez started strong and looked loose and nimble controlling the early rounds with a stern jab and fluid punching. Smith was tough and had a few moments but ‘Canelo’ took over down the stretch as he went to the body with aplomb. Alvarez dropped Smith with a right hand in the seventh but the visitor survived the round. A body shot from Canelo dropped Beefy again in the eighth and while he showed heart to hang in there a final, vicious body blow in the ninth ended the fight. With the win Alvarez picked up Smith’s WBO 154-pound title.

With reports from FightFan.com and Ace Freeman. Check them out for up-to-the minute boxing results! 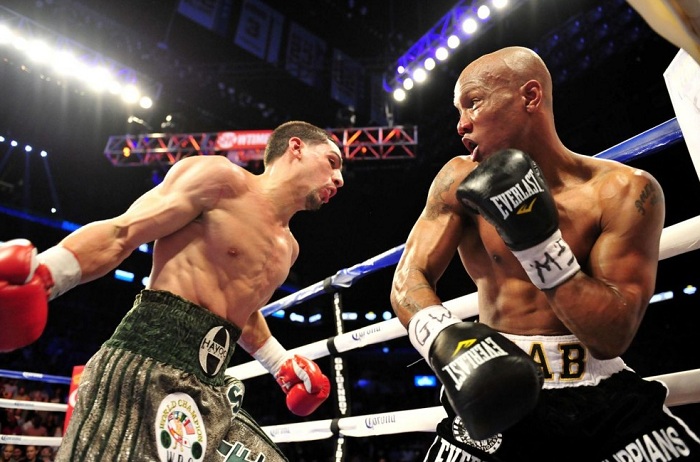 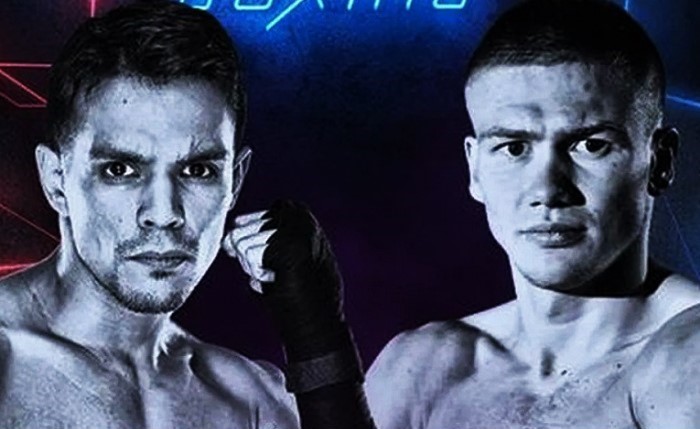