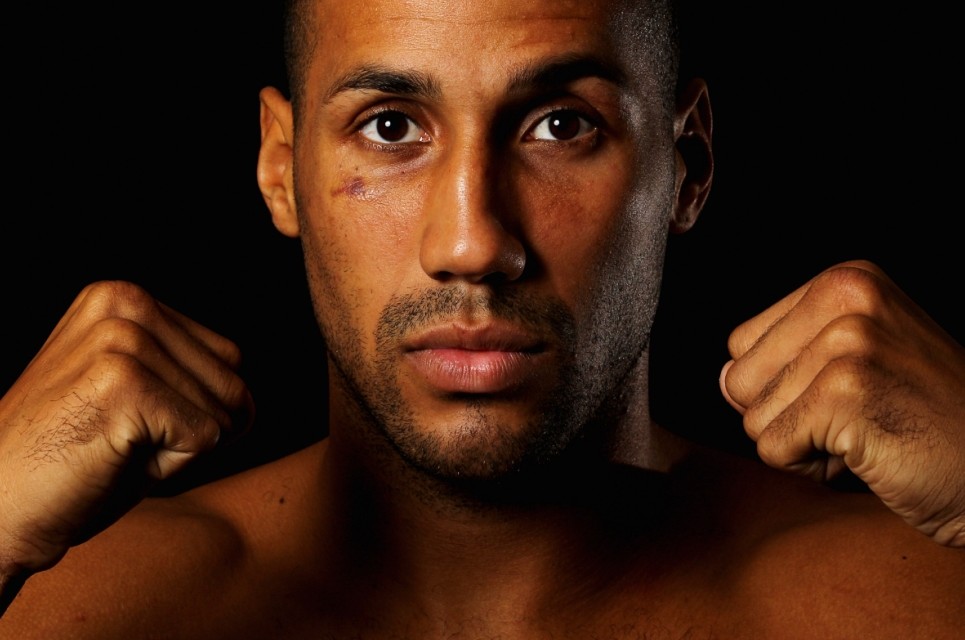 One day James DeGale will publish his autobiography. His face will adorn the front cover and the title could range to anything from ‘A Golden Life’ to ‘The Good, The Bad and The Ugly’ or to something simple like ‘Making History’.

Thankfully, in an age where a teenage pop star, or a sportsman or woman with a single big win, can release their “life story,” or where a Z-list celebrity believes their time as a glamour model growing up in Essex needs to be put into words, the 29-year-old has held off penning his memoirs.

No doubt when he does though, DeGale’s life story will follow a predictable sequence. He will reminisce about the early days, his family, doing naughty things when he was a youngster. And then he’ll recall that fateful day when he walked into a gym and boxing saved him from a life less ordinary.

The amateur days will form a significant section, with recollections of almost 100 fights and his rivalries with George Groves and the late Darren Sutherland, as well as multiple medals at the European Amateur championships, the Commonwealth Games, and then the coveted Olympic gold which he won in Athens.

From 2008 to the date of May 23, 2015 the pages will detail the ups and downs of a career that at times stalled and looked like it would never reach the heights promised. But should DeGale win the vacant IBF super middleweight title this Saturday night against Andre Dirrell in Boston, that chapter may well be titled ‘Destiny’.

Since Athens in 2008, there have been three pivotal chapters in DeGale’s life leading him to his moment of truth.

A Not So Golden Beginning
December 2, 2008 saw promoter Frank Warren swoop and capture three amateur starlets in DeGale, Frankie Gavin and Billy Joe Saunders. Each made their professional debut at the same show on February 28, 2009.

Each man won, but DeGale exited the ring somewhat bewildered after the Olympic star found himself booed on his walk to the ring. “People think I’m tough and arrogant but I’ve got feelings,” DeGale would later tell The Guardian’s Donald McRae: “I know it was only a small minority, but it’s very hard to take. There was a lot of pressure because I’d been running my mouth, telling everyone that James ‘Chunky’ DeGale was taking the pros by storm.”

Trained by Jim McDonnell and promoted by Warren, DeGale would capture the British super-middleweight title in only his ninth fight with a classy ninth round stoppage over Liverpool’s Paul Smith. “People underestimate the strength of my punching power,” said the victor. “I’m so chuffed, so happy.”

May 21, 2011: A domestic grudge match which had been brewing for years. James DeGale, British super middleweight champion, against George Groves, Commonwealth super middleweight champion. Such has been Britain’s love affair with the 168 lb division, this rivalry evoked faint memories of the heady days of Eubank and Benn. The animosity was real and the build-up was full of back and forth verbal jabs that were more kid stuff than man stuff. DeGale mocked Groves’ dress sense, accused him of having bad breath, and often referred to him as “that ugly ginger kid,” or “ugly boy.”

Groves would prevail in an atmospheric cat and mouse affair in front of thousands at London’s O2 Arena with the scores reading 115-115, 114-115, 114-115. The jubilation from Groves’ team was clear to the naked eye, the despair and embarrassment from DeGale and his team, who thought they had nicked it, was just as obvious. With a victory in the amateurs, Groves now holds two wins over his great rival.

Frank Warren, to his credit, immediately gave one of his more expensive recruits another title shot, this time for the European belt. DeGale would defeat Piotr Wilczewski to add another honour to his record.

But by January of 2012, Warren and DeGale parted ways. “I think it’s time for both of us to move on,” DeGale would say. He was shipped off to Denmark to defend his title against Cristian Sanavia, amidst a legal battle with Warren after he announced the association had come to an end. DeGale’s career, once headed for starry lights, was now lost somewhere in Scandinavia. “For the first couple of years, [the relationship with Warren] was fantastic, then the problems started,” DeGale would tell The Independent. The reasons were not given, nor were they obvious, but reportedly Warren’s signing of George Groves made the Olympian feel “betrayed”.

Back and Blue Waters
September 2012 and promoter Mick Hennessy pulls a rabbit out of the hat by announcing the signing of DeGale to a long-term promotional deal with Hennessy Sports, an outfit with a decisive ace up their sleeve by having their shows screened live on free-to-air television on Channel 5. Exposure, exposure, exposure. “The new beginning is a thrilling prospect, so watch this space,” said DeGale in the press release.

Glow, Bluewater, Kent. City Academy Sports Centre, Bristol via Hull and Canada. DeGale might have been getting exposure in front of six and seven-figure television audiences, but the Londoner wasn’t satisfied. The platform just wasn’t big enough. He was treading water, dogged by injuries and sub-standard performances while chalking up six wins in six fights. A look back at post-fight interviews, during this time in the boxing backwaters, would show a bemused fighter looking for a world title shot while at the same time feeling frustrated with his own lethargic performances.

After their split in 2014, Hennessy would say that DeGale’s contract still had several more years to run. Hennessy was surprised at the departure having brought their charge to the brink of a WBC world title shot, but there was a new (promotional) kid in town and he was building his empire into something of a juggernaut.

Back in the Spotlight
“I’m back and I’m back big,” said DeGale when he signed with Eddie Hearn’s Matchroom Sport. It sounded like a familiar tune but DeGale now found himself in the kind of spotlight that seems made for him. 80,000 people at Wembley, on the undercard of the Carl Froch-George Groves pay-per-view rematch, gave DeGale a chance to shine against Brandon Gonzales, a fight that had many a writer and fan mouthing “toughest test to date.” DeGale delivered with a fourth round stoppage over the previously unbeaten American, albeit a tad controversially.

Six months later, again on the PPV platform, DeGale humbled Marco Antonio Periban in three rounds, a 30-year-old who had never been stopped in previous losses to Sakio Bika and J’Leon Love. The shackles were off DeGale in each of those two fights. A more offensive, aggressive and enthusiastic DeGale now finds himself poised for a Boston Champagne Party this Saturday night.

Glory
Everything appears on track for DeGale ahead of this Saturday’s clash with Andre Dirrell. The Brit is on a roll. With the backing of Hearn and Sky Sports he has slowly but surely won over a public that once thought him a cocky so-and-so who they couldn’t wait to see get beat.

“I’d like to think once I win this title I will be loved,” he told Chris McKenna of The Daily Star earlier this month.

Oddly enough, speak to many an interviewer and they will tell you how friendly and good natured they have found DeGale, and I too can testify to that, having interviewed him for ESPN in 2013. Everyone can see that the bad boy image is gone, and a more mature and likeble DeGale is now under the spotlight.

While the talent has never been in doubt, the personality and the overall package have taken a while to look presentable. But after Saturday night, UK fight fans might just begin another love affair with a new British super middleweight world champion.        — Shaun Brown 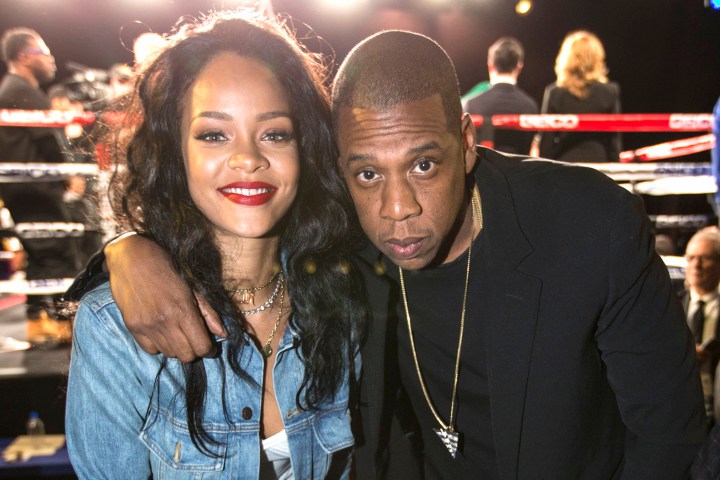 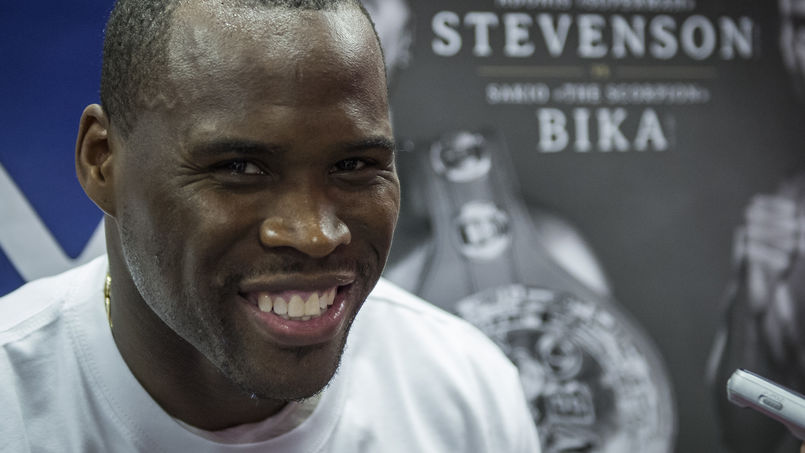 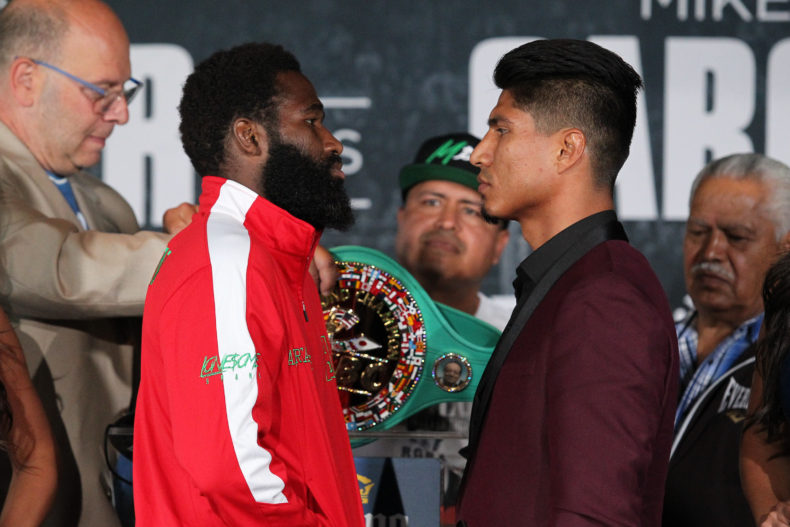