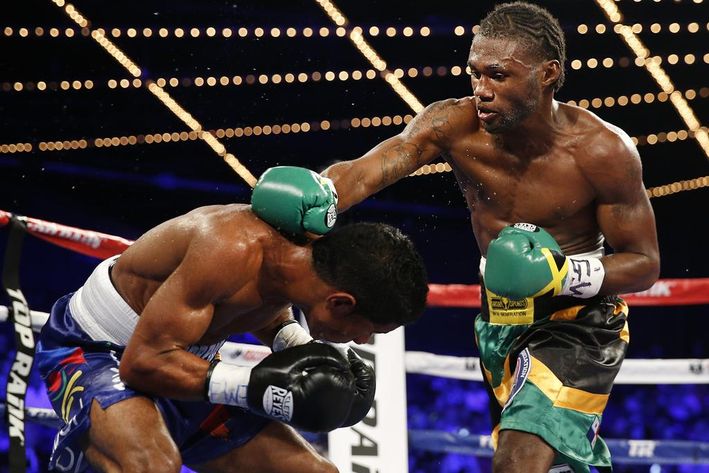 For the second week in a row, an HBO main event had its shine stolen by weight issues and ‘what if’s.’ Last week it was Miguel Cotto having Daniel Geale whittle himself down three pounds under the middleweight limit for a title fight. This week, Nicholas “The Axe Man” Walters refused to chop himself down to the featherweight limit, losing the WBA belt before even getting into the ring with Miguel Marriaga. Being that weight snafus and even manipulation have become commonplace in boxing, it’s not so much surprising anymore as it is disappointing that such shenanigans rob a contest of even the appearance of fairness.

Walters, now 26-0 with 21 knockouts, would have been plainly larger in the ring than Marriaga regardless of whether or not he missed weight. The size difference was that visible, and yet Marriaga was still able to come forward and force Walters into exchanges. A right hand stunned Walters in round four, but the Jamaican’s body work deterred Marriaga from attempting to make anything of it and by round seven “The Axe Man” appeared to be cruising. Rushes were easily anticipated, timed and dealt with by a jabbing and somewhat careful Walters, and Marriaga, 20-1 with 18 knockouts, didn’t have the energy nor fight-ending eraser to turn the tide.

A flimsy knockdown was scored for Walters in the ninth as a punch landed but was helped by bad balance and a slight footing issue. Nevertheless, Walters’ control was punctuated by downing his Colombian foe, and Marriaga’s final push for a change in round 11 was turned back. Scores of 118-109, 117-110 and 119-108 for Walters sold Marriaga’s effort a tad short, but made sense in terms of the final verdict.

The overall quality of Walters’ last few wins cannot be questioned, but skepticism has fairly centered on the age and weight disadvantages of Vic Darchinyan and Nonito Donaire against the younger, larger man. The Marriaga fight was supposed to provide firmer answers to those questions and more, as Marriaga had defeated Walters in the amateurs at a 2008 Olympic qualifier. However, Walters scaling in one full pound heavy and then rehydrating to welterweight levels sullied it.

How would Walters have fared had he hit 126 pounds on the scale? Did his failure to capitalize on momentum in 2014 leave him with too much free time? A more wretched thought: does this mean that a potential Walters vs Vasyl Lomachenko fight is now impossible? (Answers from The Fight City: “Yes; maybe; we hope not; damn.”)

Opening up the broadcast, unbeaten Puerto Rican lightweight Felix Verdejo overcame a spirited opening few rounds from Ivan Najera to hurt, deck and decision the San Antonio native by scores of 100-88 (twice) and 99-89. Body punching from Verdejo hurt Najera in an entertaining round four, and in the fifth a right hand put Najera down with about one minute remaining. Working steadily before conserving energy, Verdejo just couldn’t find the right shots to put the iron-jawed Najera away.

As soon as Najera was floored, however, Verdejo’s body work slowed down as he looked for head shots. While a left hook upstairs sent Najera down again in round seven, more digging to his body may have ended matters. Najera’s chin and toughness are serious, and this one could be chalked up as a proper learning experience for both, but Verdejo is the potential star.                — Patrick Connor 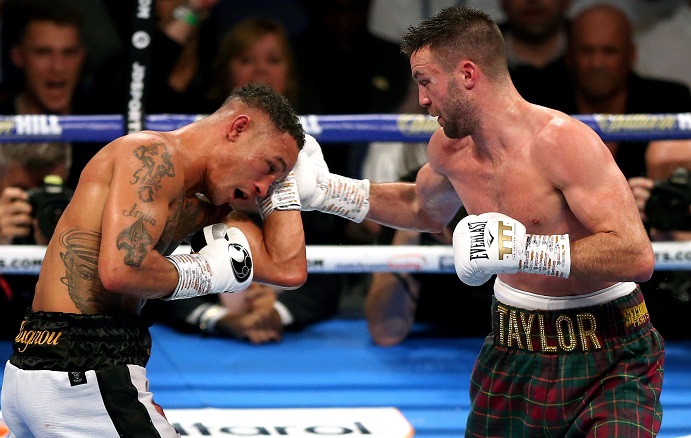 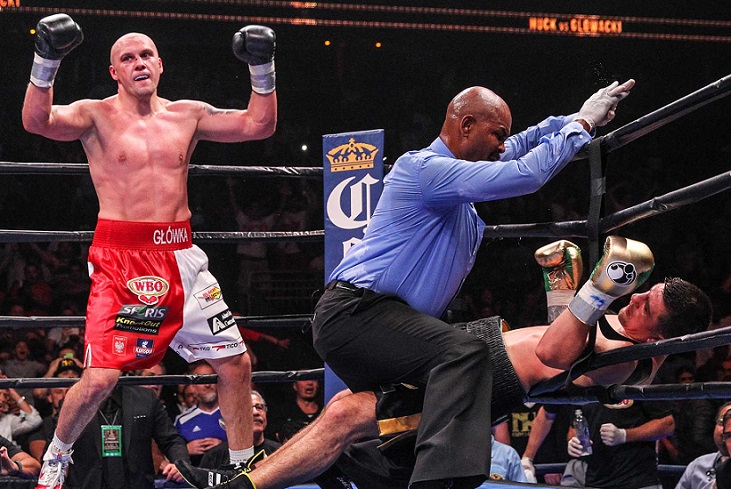