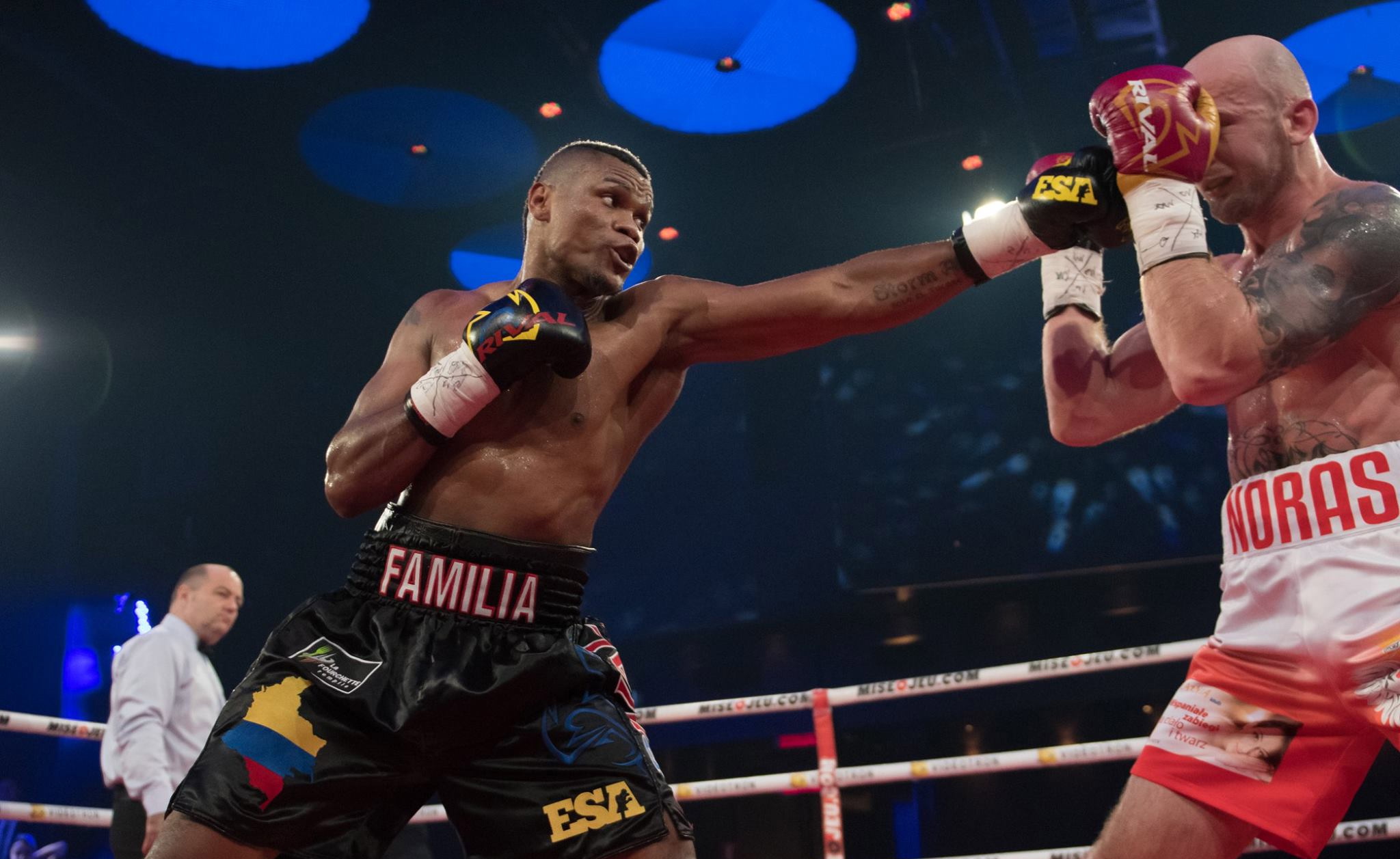 Eleider Alvarez’s tune-up match against rugged Norbert Dabrowski of Poland took on a massive infusion of significance just a few days ago when promoter Yvon Michel unexpectedly announced that Alvarez would fight former super middleweight champion Lucian Bute on February 24. Thus, “Storm” Alvarez (21-0), who is currently Adonis Stevenson’s mandatory challenger, will risk his ranking with the WBC and skirt one maddeningly delayed Montreal showdown in favour of another. The Bute-Alvarez news blindsided everyone, and it turned Alvarez-Dabrowski into a much more significant match and a showcase fight, with Bute in attendance.

Questions linger about Alvarez vs Bute. Should Lucian (32-3-1) win, will he actually take the chance to face the murderous-punching Stevenson, especially given that Bute has spent all of his meaningful career at 168 pounds? Second, is Alvarez taking a completely unnecessary risk given that a Stevenson fight is also lucrative and for a world title? And lastly, what on earth is Stevenson going to do in the interim as Bute and Alvarez dominate Montreal’s boxing news cycle early in 2017?

While these answers will only reveal themselves in due course, Saturday’s casino card wasn’t just about Eleider Alvarez and the viability of him facing Lucian Bute. Encouragingly, the show was stacked with local, emerging talent, each fighter looking to affirm that Montreal’s pipeline of talent is robust.

But in scoring a unanimous decision win over Dabrowski, Eleider Alvarez did what mattered most: hold serve and ensure that his February fight against Lucian Bute will indeed occur. Luckily for “Storm,” the Montreal-based Columbian will not be effected by the three stitches he required after the fight; Yvon Michel was able to confirm to the assembled media at the post-fight press conference that Alvarez will be able to resume sparring with adequate time to prepare for what could be viewed as the most significant domestic showdown in Montreal since Bute faced off against Jean Pascal in Canada’s boxing Super Bowl back in 2014.

As for Alvarez-Dabrowski, the 99-91 and 98-92 scorecards seemed particularly unkind to the game Polish fighter. Although Eleider was often able to control the ring geography and employ a stiff jab, Dabrowski (19-6-1), a southpaw, had his moments and scored effectively with combinations to the body and his straight left hand upstairs. Early, as both fighters sought to establish a rhythm, Alvarez relied on his lead left and right cross until he was able to time his left hook, which became an important factor by the fight’s midpoint. Dabrowski, on the other hand, had his best success countering with his left hand and then handcuffing Alvarez with follow-up combinations.

Starting in round six, the fight actually heated up, adopting an intensity too often absent in Alvarez’s bouts. He showed his genuine class when he stung Dabrowski with a right uppercut-left hook combination, which drew respectful applause from the crowd, particularly from Olympic teammate and heavyweight contender Oscar Rivas, who seemingly singlehandedly turned the atmosphere raucous in the later rounds. Undaunted, Dabrowski answered back with a stiff one-two as the round ended. In the seventh, Alvarez started to get outworked, and the reality that he was perhaps going to coast past the finish line seemed likely.

But Eleider flipped the script in a torrid eighth round that featured some punishing exchanges. And while Dabrowski’s left hand appeared, perhaps too often for the liking of Alvarez fans, to be the single most effective weapon possessed by either fighter, Alvarez impressed with his greater variety and especially with the left hook, which he started to double up with to the body. In a stirring, back-and-forth stanza, Alvarez dug in and offered that tad bit more. Undaunted, Dabrowski started the ninth with a stiff three-punch combination that put his opponent on the back foot, but the Columbian clawed his way back with a sense of urgency.

This carried over into the tenth and final round, which hasn’t always been the case for the mercurial Alvarez. Sensing he needed an exclamation point finish to the contest, “Storm” harnessed some lightning in his fists early, stunning Dabrowski with consecutive one-twos. Each cross knocked Dabrowski back onto his heels, and Alvarez was only getting started. A straight right hand was punctuated by a left hook, knocking Dabrowski off balance. Seizing the initiative, Eleider unloaded a volley of power shots as his foe sought sanctuary along the ropes, and while he did eat some counters in return, Alvarez, for the first time in a while, stamped his victory with authority. It was the kind of gutsy performance “Storm” needed to show and he gave it to Montreal fight fans at exactly the right time. Bring on Bute vs Alvarez.

The undercard was stacked with promising talent and produced several notable results, with all the local fighters emerging victorious and paving the way for a slew of significant matches going forward.

Shakeel “The Jamaican Juggernaut” Phinn (11-1, 7 KOs) iced veteran Frenchman Mehdi Madani (13-8-1, 0 KOs) via chilling knockout with mere seconds left in their eight-round contest. Phinn applied pressure from the opening bell and employed admirable variety with his combinations. Particularly impressive were Phinn’s overhand right and left hook to the body, the former producing the bout’s frightening end. After being on the verge of stopping Madani multiple times, Phinn started round eight with abandon, which came after a seventh stanza where he ate a slapping one-two, shrugged, and then buckled Madani with a combination.

But in the eighth, Phinn battered Madani for literal laps around the ring with the Frenchman barely able to stand. Then, along the ropes, Phinn detonated a right hand on Madani’s jaw that dropped him face-first. The Frenchman lay prone for several minutes, his trunks had to be cut off, and he was carried out on a stretcher and taken to a hospital as a precaution. This was an impressive, albeit frightening, victory for the exciting Phinn.

The two bouts leading up to Alvarez vs Dabrowski were Francis Lafrenière’s shutout unanimous decision (three scores of 80-72) over Damian Mielewczyk, and Marie Eve Dicaire besting WBC-ranked welterweight Paty Ramirez of Mexico. Lafrenière (13-5-2) seems to truly be hitting his stride as a professional, and he ground his way to victory over Mielewczyk (10-3) by applying relentless pressure behind a high guard. Lafrenière’s frenetic work rate allowed him to bloody Mielewczyk’s nose and soften his midsection with ripping hooks. He also employed a sharp, sneaky uppercut to impressively punctuate combinations.

Meanwhile, Marie Eve Dicaire (6-0, 0 KOs) had to solve the puzzle that was the hard-hitting Ramirez (11-3, 5 KOs), which she was able to do by figuring out the timing to slip Ramirez’s right hand and then by controlling the last four rounds with combination punching and counter left hands. The scores were 60-54 (twice) and 58-56, all for Dicaire.

The fighting Bredicean Brothers, Dario (11-0) and Bruno (6-0), both won and impressed in different ways. Older sibling Dario had to dig deep against Michael Ludwiczak, who started strong and was able to apply undeterred pressure. The first three stanzas were hotly contested, but Dario completely wrested control of the fight from Ludwiczak (15-6) starting in round four. A right hand to the body that hurt Ludwiczak had Dario oozing confidence, and for the rest of the fight he boxed with a smooth rhythm, firing stinging lead hooks from his southpaw stance and landing overhand lefts. In fact, near the end of the bout, Dario knocked Ludwiczak’s mouthpiece out for a fitting explanation point, and he won by scores of 80-72, 79-73, and 78-74.

Younger brother Bruno registered an explosive TKO over by far his most experienced opponent to date when he had Noel Mejia Rincon drunkenly swaying after uncorking a massive counter left hook. Rincon (18-11-1) stumbled to a neutral corner and crumpled, prompting a corner stoppage at 2:54 of round five.

At this juncture of light heavyweight contender Eleider Alvarez’s career, expecting anything drastically different from the WBC’s top rated challenger and 2008 Columbian Olympian is futile. Alvarez has always oozed athleticism  and talent, and his amateur pedigree is obvious. He throws sharp punches, knows how to move and has the demeanour of a fighter with hundreds of rounds, amateur and pro, in the proverbial bank. And yet, because of all Alvarez seems to promise, he often leaves fans and pundits wanting.

Ironically, this reality makes the Bute fight more viable from a purely competitive standpoint. Under normal circumstances, Bute moving up from super middleweight to light heavyweight would be serious cause for concern, especially given that his best performances in recent years have come in a loss (James DeGale) and draw (Badou Jack). While Alvarez is certainly skilled enough to best Bute on points, especially at this late stage of the former champion’s career, the bigger man is not an explosive puncher. That, combined with Bute’s newfound ruggedness, suggests that Bute vs Alvarez is going to be a 12 round struggle. And consider this: Against both DeGale and Jack, Bute had his greatest success when he waded inside and ate shots to land his own. Bute may very well be able to bother Alvarez and disrupt his range by forcing him to engage at close quarters.

At the post-fight press conference, Yvon Michel began the process of selling the fight, which frankly won’t be that difficult. As the promoter mentioned, both Bute and Alvarez are endearing in how they have embraced Canada, Quebec, and Montreal, and both men have proven their worth as fighters. With Adonis Stevenson still idle and Jean Pascal embarking on a comeback, Bute vs Alvarez will dominate the Montreal boxing scene in early 2017.

Michel also addressed the issue of Alvarez failing to score a knockout and not looking overly explosive, arguing that this kind of solid win — against a skilled, durable, and crafty opponent — will ultimately prove more substantive in the long run. “On February 24, guaranteed, you will see Eleider extremely motivated and determined. Today was a fight he didn’t want to lose; February 24 is a fight he wants to win,” Michel said.

Bute and Alvarez each took a turn at the podium and were supremely respectful of one another, and Michel reminded the audience that this is one of the most significant fights in Quebec in several years. Michel will also make a formal appeal at the upcoming WBC convention to ensure the bout is sanctioned as a final eliminator. While Michel is correct in proclaiming the magnitude of the match-up, at the same time Montreal’s boxing scene can and must look to the future. While it’s worth getting excited about Bute vs Alvarez, and Stevenson’s and Pascal’s next moves, that generation of elite talent is now in its twilight. In truth, the most important takeaway from Saturday’s gala is that Montreal’s upcoming prospects have the potential to live up to the legacy of these aging champions and elite contenders and the future looks bright for boxing in The Fight City. 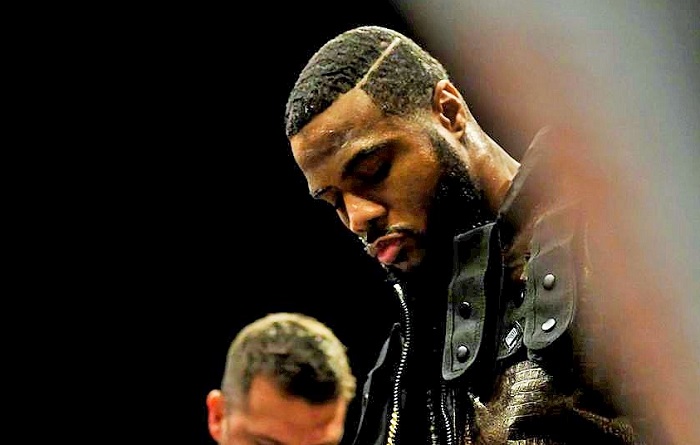 The Last Stand Of Jean Pascal 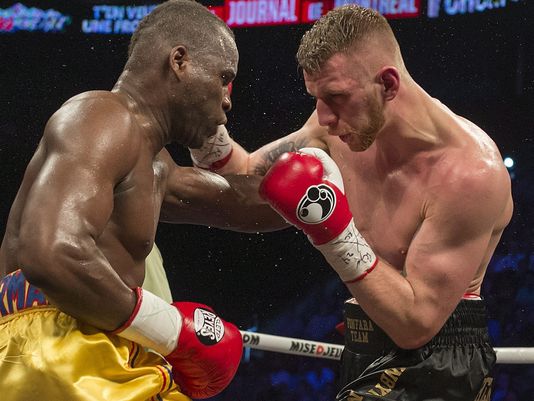