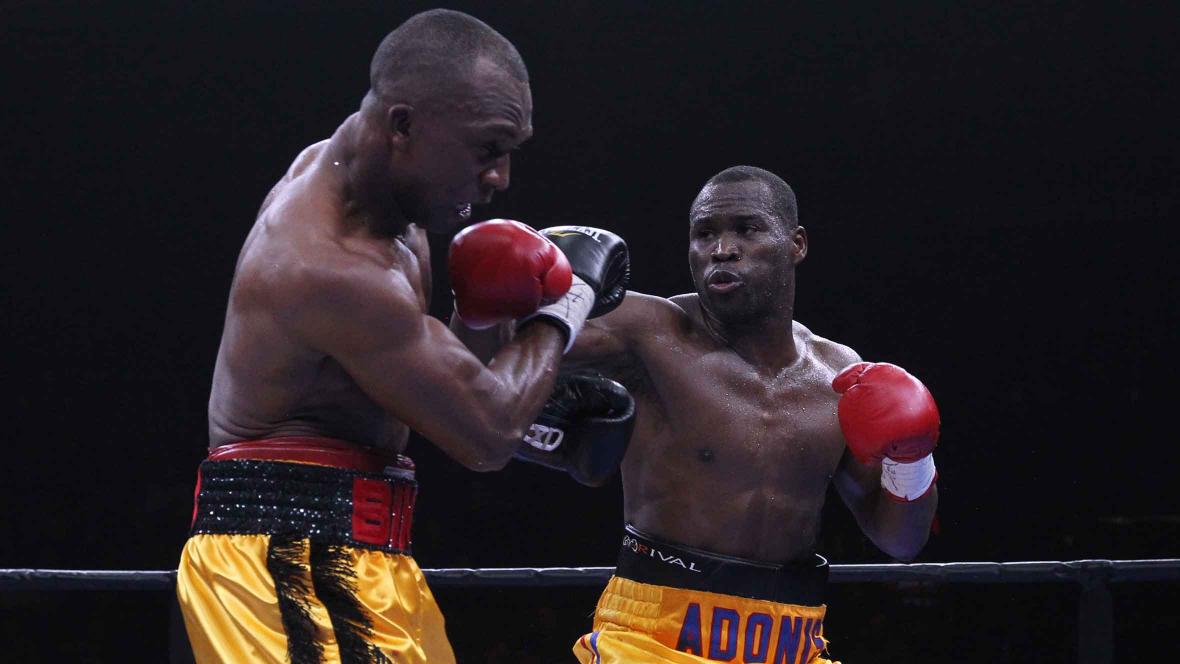 The return of boxing on live, free TV continues with more Premier Boxing Champions cards, this time in Quebec City on CBS television. For serious boxing fans this continues to be a slightly bewildering experience. Were we not being asked to put down serious coin for crap like Chavez Jr. vs Vera not that long ago? What’s going on?

Better not to ask silly questions and just enjoy it while it lasts, because it may not last that long.

First up, another stepping stone match for Artur Beterbiev who, despite only 7 fights on his record, enters this match as an emerging force in the light heavyweight division. The transplanted Russian faced former top contender Gabriel Campillo, a legit challenge for a boxer with such a scant record. After his blowout wins over Tavoris Cloud and Jeff Page, everyone knows what Beterbiev brings to the table, so the question was what version of Campillo would show up. But before we could figure that out, Beterbiev had scored a knockdown in the first minute of the match with a powerful right and a follow-up left hook. And the rout was on.

Give Artur credit: if Campillo is shot, the former Olympian and world amateur champion wasted no time taking full advantage. He dominated the proceedings by continually cutting off the ring and slinging heavy power shots to both head and body, buckling Campillo’s legs on more than one occasion over the next two rounds. In the fourth he forced Campillo to the ropes and landed two flush right hands, the second of which ended the fight. Campillo collapsed and his cornermen immediately surrendered.

Yes, Beterbiev has yet to be truly tested, but it’s difficult not to get excited about a fighter with such an impressive amateur pedigree steamrolling one opponent after another. In just eight fights, he’s already defeated two world titlists and he’s yet to go past the fourth round. In the near future you’re going to hear much more about this Russian demolition man and his success against Sergey Kovalev in the amateurs. An intriguing all-Russian showdown for a version of the light-heavyweight crown is now a highly attractive match-up. And if they can’t stage it in Moscow, Montreal would be the perfect setting. 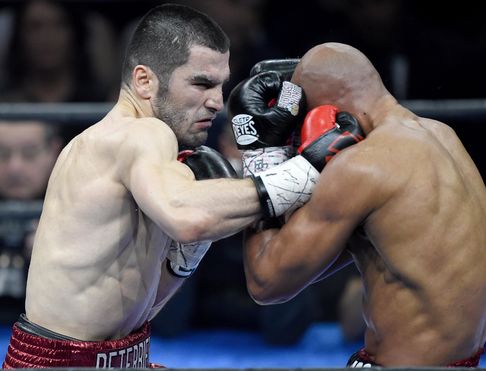 Next up, the main event: Adonis Stevenson defending his lineal light heavyweight crown and WBC belt against Sakio Bika. Moans and groans greeted the announcement of this match-up, primarily because Stevenson is viewed as having avoided any and all truly serious challenges since winning the lineal title in 2013, a charge not without merit but also not entirely accurate. Bika is not viewed as a significant step up in opposition from the likes of Dmitry Sukhotsky and Tony Bellew, given that “The Scorpion” had never fought above super-middleweight. As well, given Bika’s style and penchant for fighting ugly, there was anticipation this match could be one defined by clinching and mauling as much as anything else.

And while it wasn’t exactly Ali vs Frazier, Stevenson vs Bika thankfully did not fulfill the lowest of expectations, and in fact Stevenson’s performance only deepens the intrigue for a hoped-for Superman vs Krusher showdown. It was a reasonably entertaining and fast-paced match between an experienced challenger who always comes to fight, and a confident champion who is just above a one-trick-pony, his entire ring strategy based on his cannon of a left hand. But Stevenson did show flashes of other facets to his game, including an effective body attack, decent defensive skill and a chin which absorbed Bika’s best shots without difficulty. 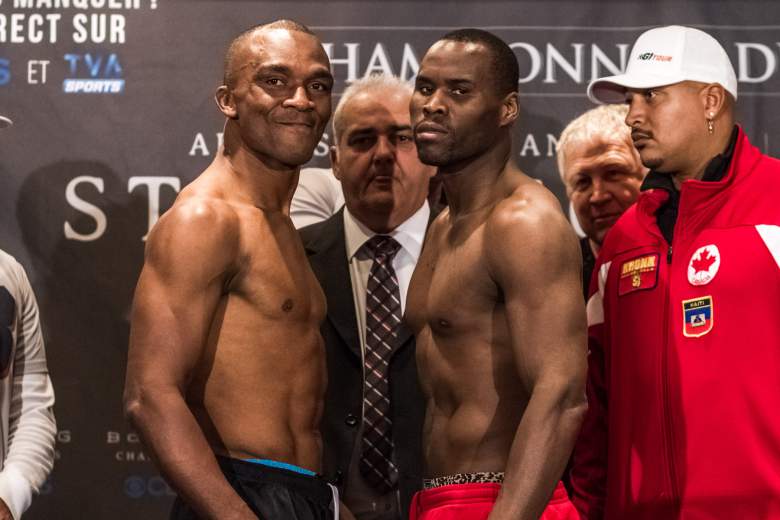 The first half of the match was essentially all Adonis as the champion controlled the tempo and kept Bika on the defensive. The challenger showed some moxy and willingness to mix it up, but the moment he tasted the power of that straight left hand, he backed off and fought more conservatively. Still, Bika did land some decent counter left hooks, especially in round four but in the fifth he was rocked and in round six a hard left dropped him. It appeared Bika simply lacked the strength and power to exchange with the champion who was more active and aggressive.

But in the eighth, Stevenson slowed down and Bika came on, winning his first round of the match. However, Adonis rebounded in round nine, scoring some heavy body punches before slamming home his best left hand of the fight right on Bika’s chin and flooring him. This was the closest Stevenson came to stopping Bika, who was clearly hurt by the shot, but the knockdown happened with seconds left in the round and Sakio survived.

By this point it was clear the tough Bika needed a knockout to win and the challenger certainly deserves credit for giving it a valiant try. The fight became more lively in the late rounds and the final stanza belonged to the challenger who kept winging wild right hands in a bid to catch lightning in a bottle and put “Superman” down. Presumably because his power shots had no effect on the champion, who gestured to the crowd as Bika tried to work him over on the ropes, Bika instead, with seconds left in the match, finally connected with his best head butt of the fight, inflicting a cut over Stevenson’s right eye. Bika won the final round, but the fight clearly belonged to Stevenson. 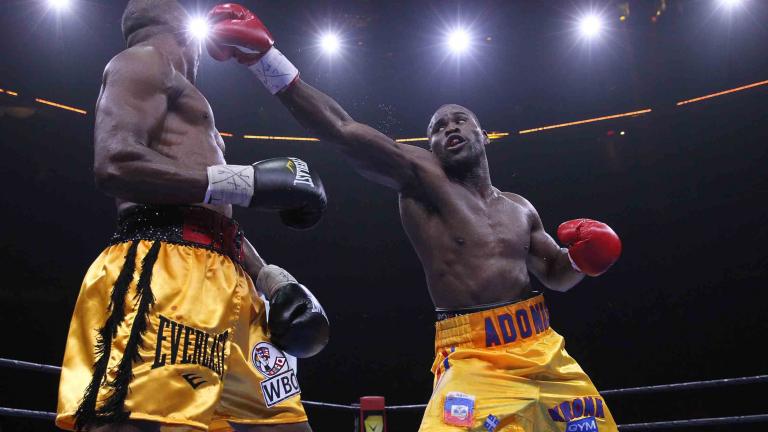 Strangely, the hometown fighter got some terrible scorecards, with the judges somehow seeing the match as a very close affair. The four, five and six point margins of victory would appear to indicate that, minus the knockdowns, Bika was extremely competitive. This simply was not the case. At best, Bika won three rounds.

As per usual, the post-fight chatter is all about a Stevenson-Kovalev fight and when, if ever, Adonis will take on the conqueror of Bernard Hopkins and Jean Pascal. Despite Stevenson having the lineal title, most regard “The Krusher” as the best light heavyweight in the world and many will never forgive Adonis for avoiding a showdown with him last year.

However, all the talk is, at least for now, pointless. Kovalev is with HBO; Stevenson is with Showtime. And the fight isn’t big enough to compel the warring sides to keep working together beyond next month’s Mayweather-Pacquiao megafight. (Presumably the same goes for the aforementioned all-Russian showdown.) Instead, a more likely outcome might be Stevenson vs Beterbiev, and after watching today’s matches, that’s a contest this fight fan would give the green light to in a heartbeat. Even if it isn’t on free TV.                 — Robert Portis 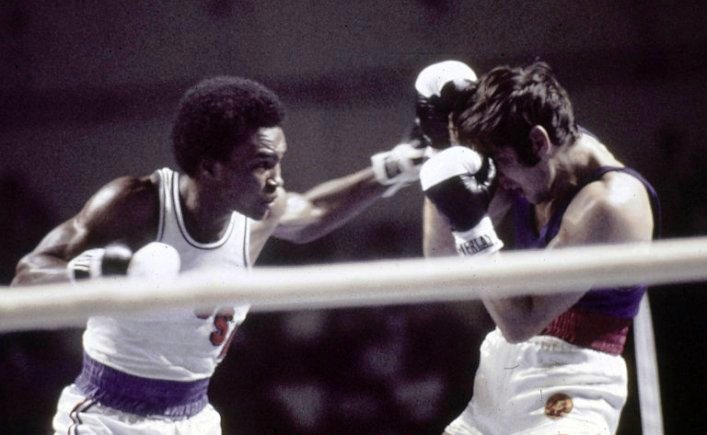 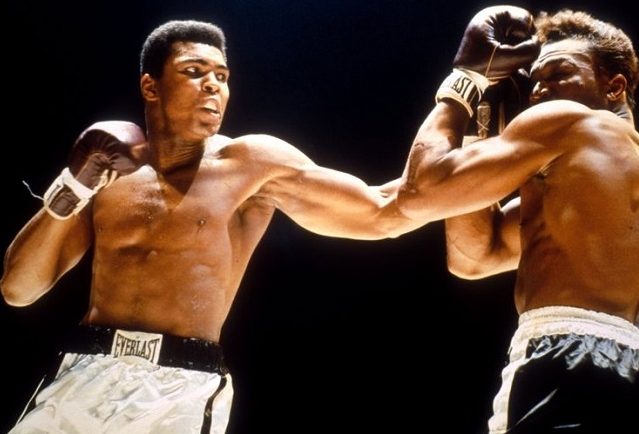 “I Wish He Would Live Forever”