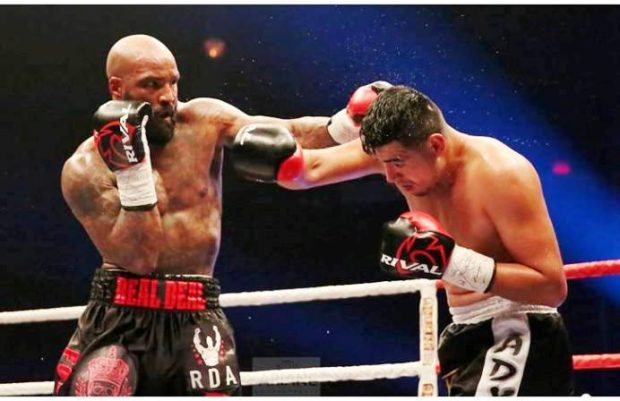 Fight Night At The Tohu

Last night saw yet another action-packed fight card at the Tohu Theatre in Montreal from Rixa Promotions and Grant Brothers Boxing, headlined by rising super middleweight prospect Erik Bazinyan who improved his record to 17-0 with 12 KO’s as he made short work of his experienced opponent. A lively crowd saw a series of highly entertaining scraps as there was no shortage of fast-paced brawling and vicious toe-to-toe exchanges. Photographer Ariane Théberge was ringside and captured all the action and we’re pleased to feature her excellent work to help us recap last night’s results. 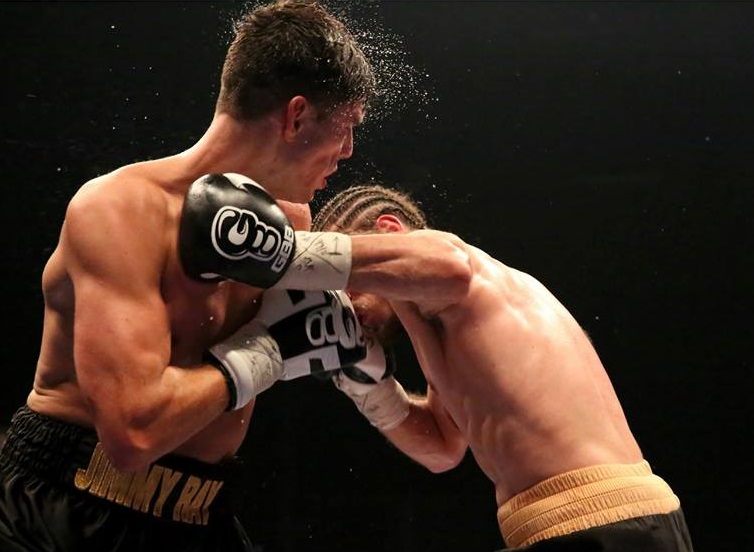 Marco Parente of Toronto lands a solid left hook on Jimmy Ray Thompson in the opening bout of the card. 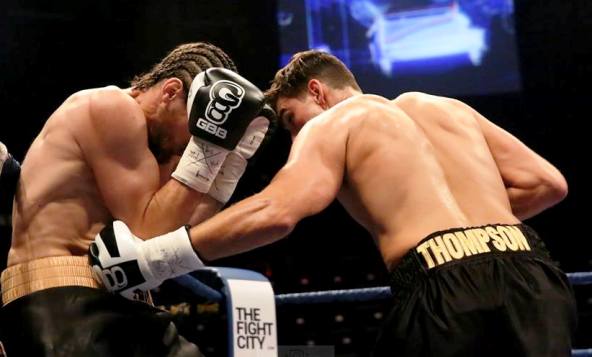 Thompson digs to the body. Both men landed their share of solid shots. Thompson is the younger brother of Montreal trainer Jessy-Ross Thompson. 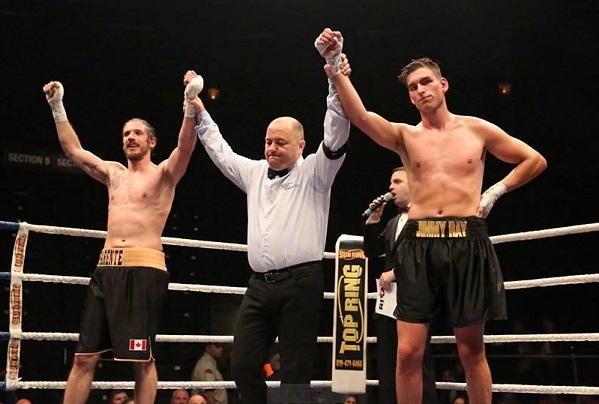 Light heavyweights Parente (0-0-2) and Thompson (1-0-1) settled for a draw after four hard-fought rounds. 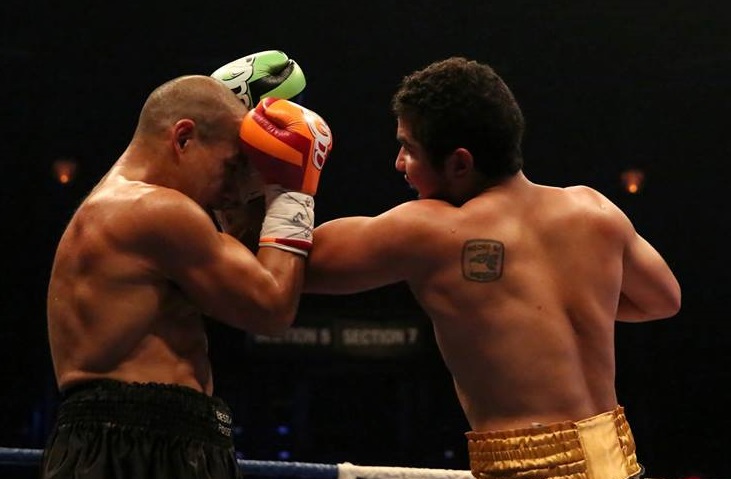 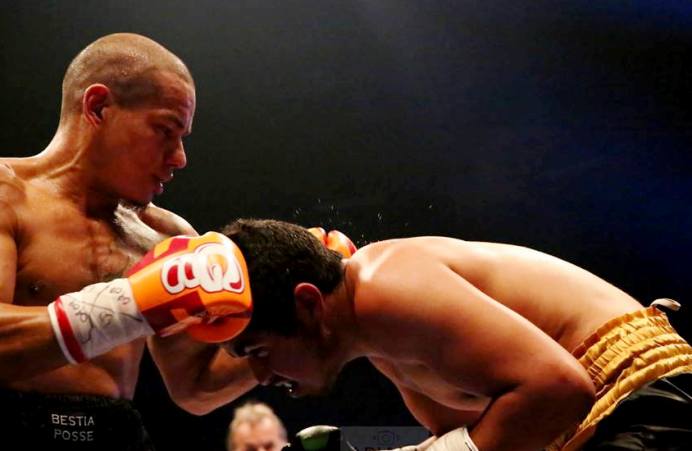 Super welterweights Vaquez and Rojas mix it up. This was a fast-paced and furious four round war. 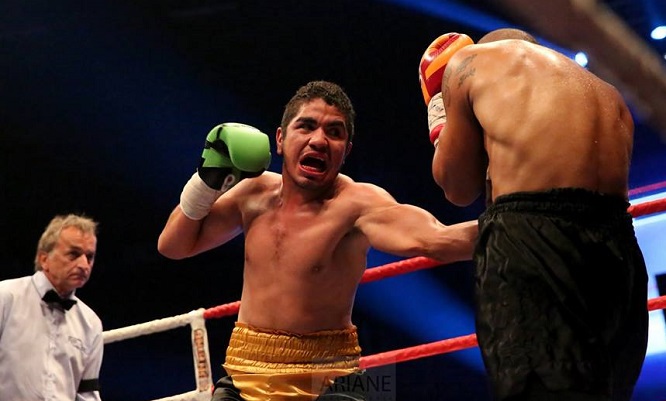 Rojas impressed two of the three judges with his non-stop aggression. We would love to see a rematch. 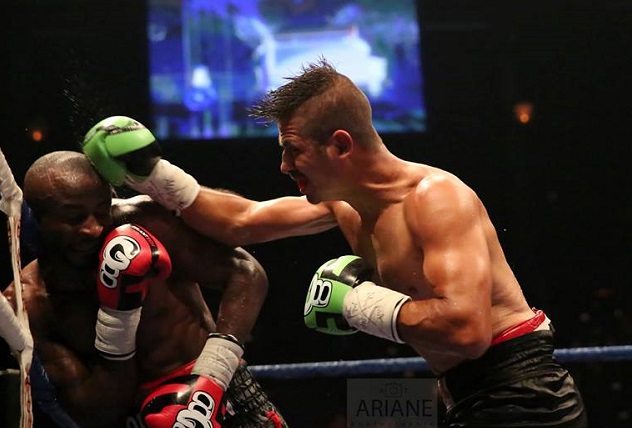 Alejandro Herrera (18-8-2) of Mexico lands a right hand on Stephane Malenou (12-6-1). This was another action-packed battle. 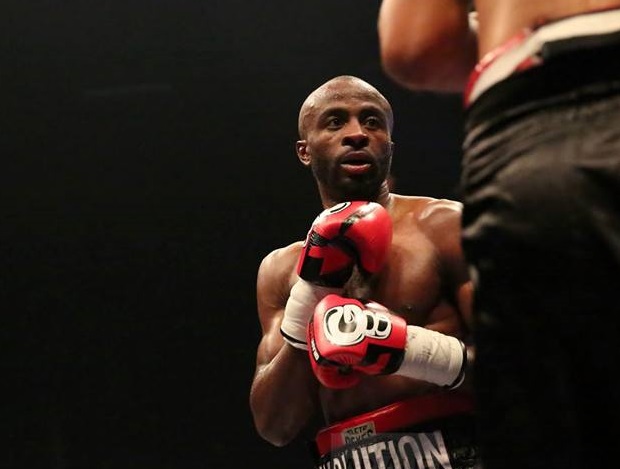 Malenou proved the sharper boxer and took over completely in round four. In the fifth he rendered Herrera helpless and the referee stopped the bout. 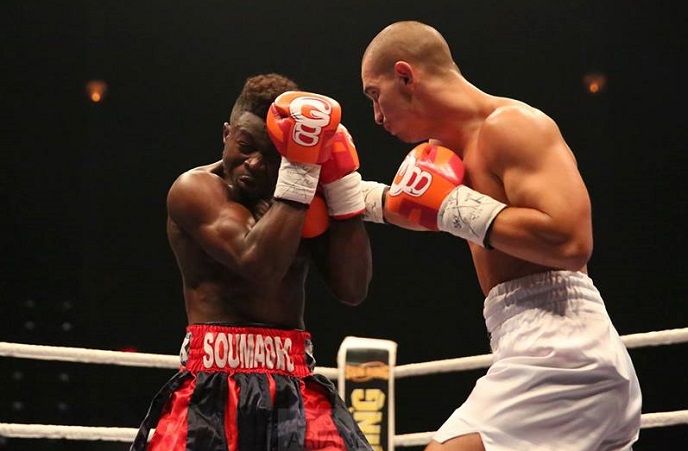 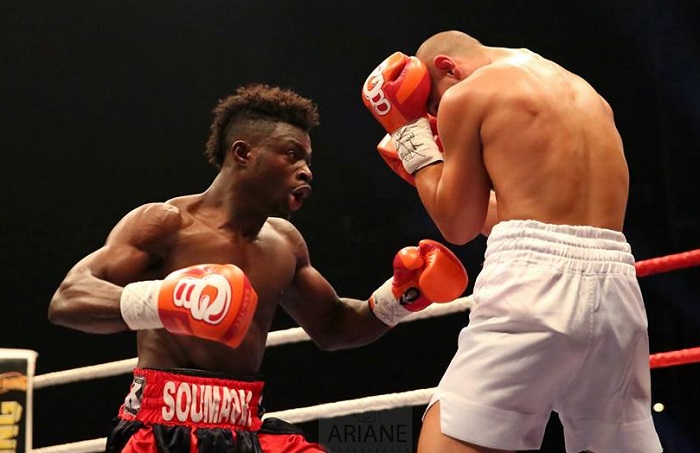 Soumaoro’s speed and accuracy were impressive as he scored a unanimous decision over his game opponent. 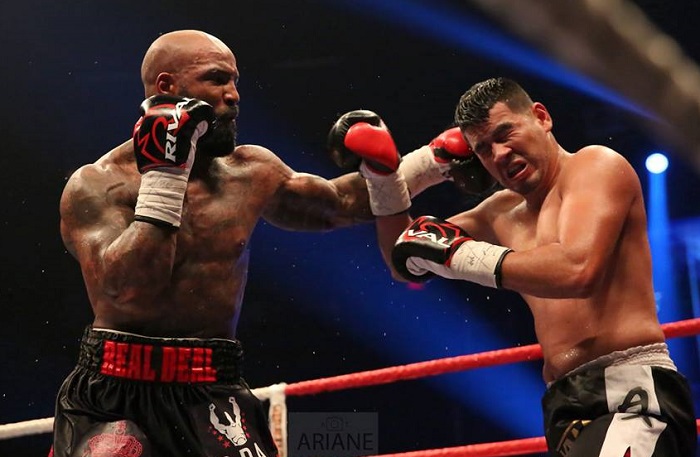 The Montreal debut of light heavyweight Ryan “The Real Deal” Ford was a successful one. Ford battered Joaquin Murrieta and eventually forced the tough Mexican to surrender after round four. 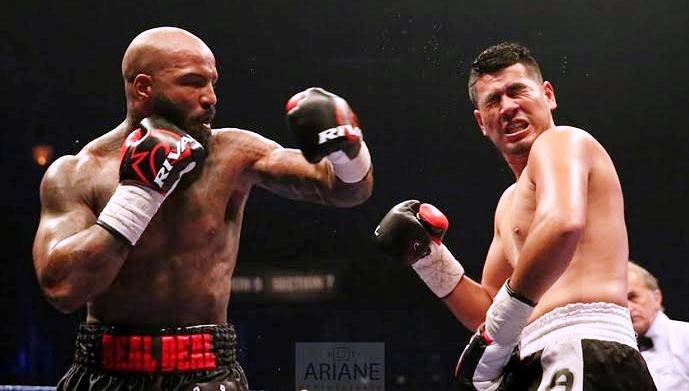 Edmonton’s Ford improves to 13-0 with 8 KO’s. Murrieta showed a lot of heart and a chin of iron but was just out-gunned. 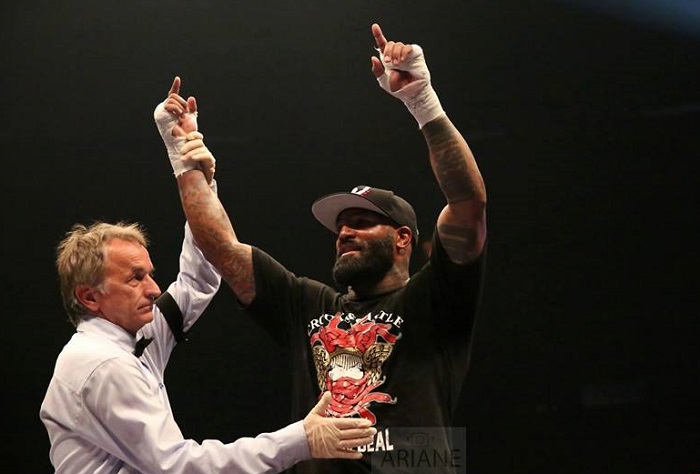 “I’m here to stay,” Ford told the Montreal fight fans after his victory. “And I want Jean Pascal.” 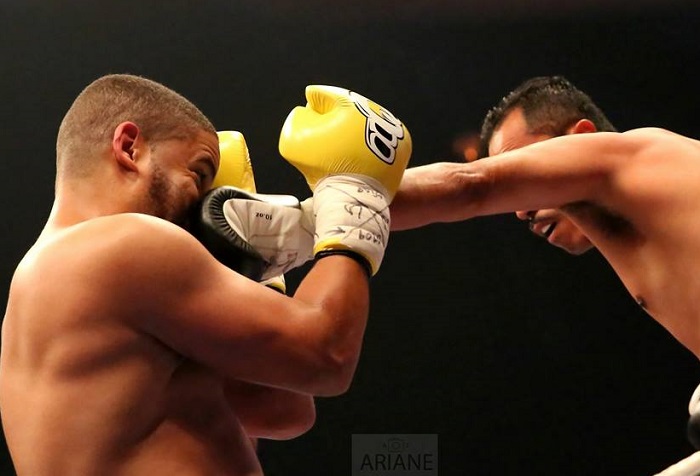 Jean Michel Bolivar (3-0), a middleweight prospect fighting out of Pointe-Calumet, Quebec, takes a shot from Arturo De La Cruz (5-8). Bolivar won a split decision over another tough Mexican journeyman though how one of the judges thought De La Cruz deserved to win is difficult to understand. 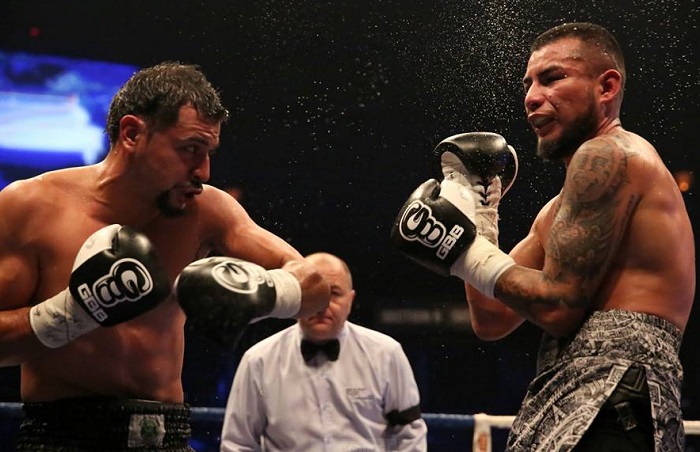 Lightweight prospect Golden Garcia (left) goes to war against Oscar Mejia (10-3-1). This was the most competitive match of the night. 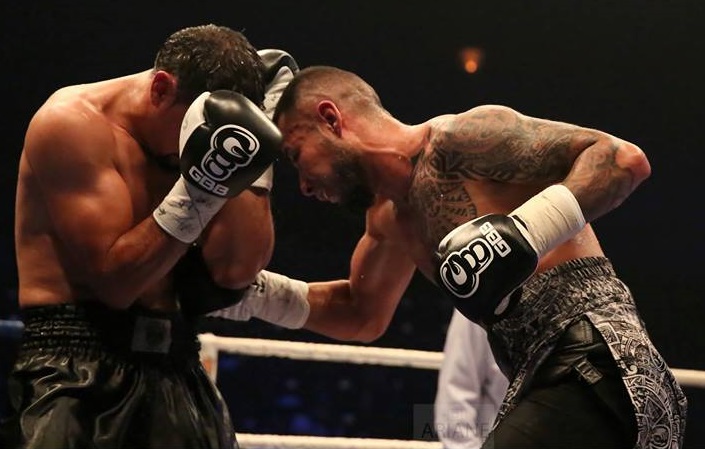 Mexico’s Mejia, a high-volume puncher with quick hands, gave Garcia all he could handle. 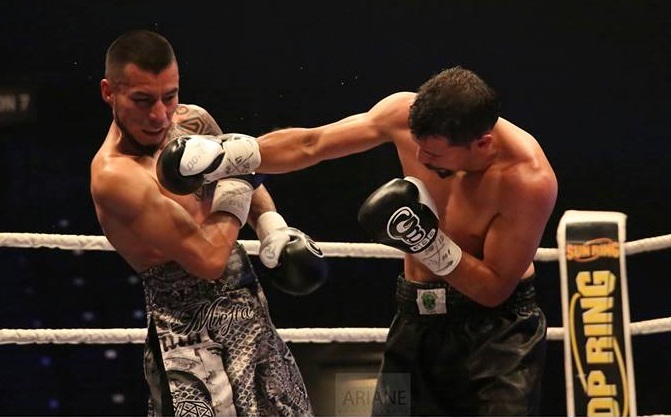 Garcia’s heavier punches earned him a split decision win in a very close and entertaining duel. It was an exciting battle from start to finish. Golden improves to 10-0-1. 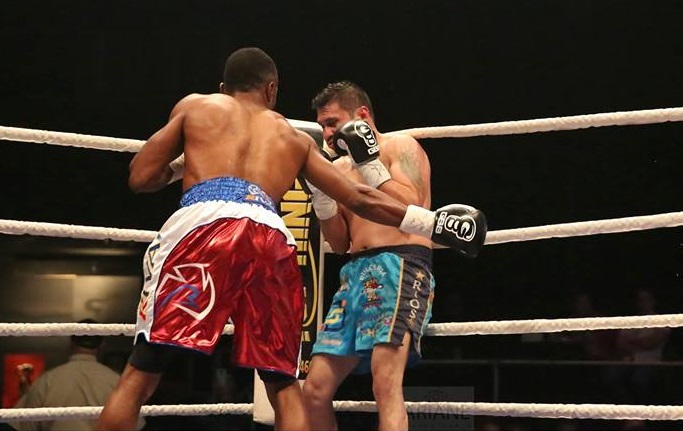 Roody Pierre-Paul (16-3-1) gave the Montreal fans one of his most impressive performances as he overwhelmed Jesus Antonio Rios (37-11-1) and put him down for the count in round two. 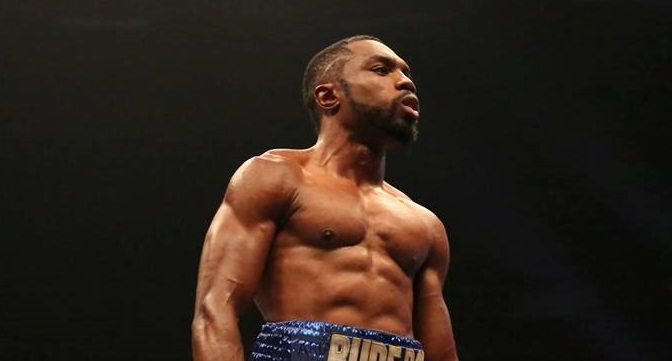 Anyone up for “Rude Boy” vs Mathieu Germain? 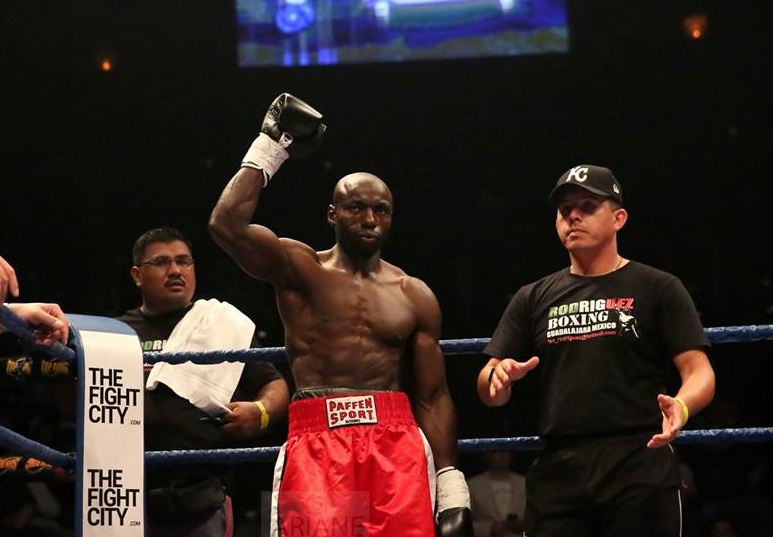 Time for the main event. Super middleweight Bernard Donfack (23-17-3) salutes the crowd as he gets set to face Erik Bazinyan. 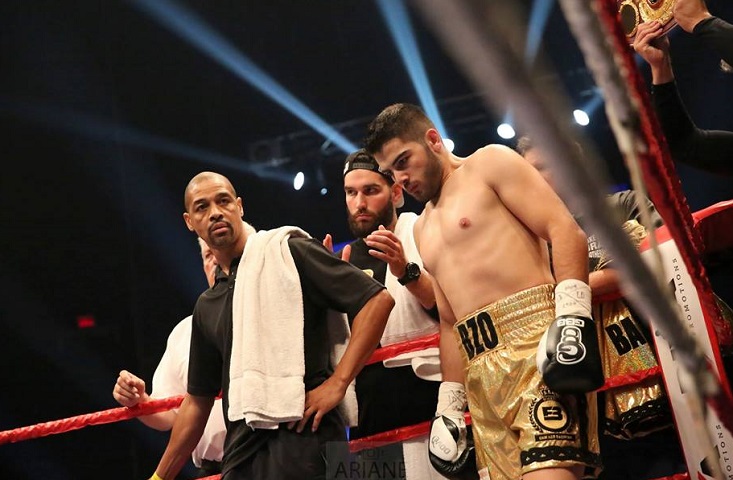 Bazinyan, with coaches Howard Grant and Jessy-Ross Thompson, girds himself for the battle to come with his experienced opponent. 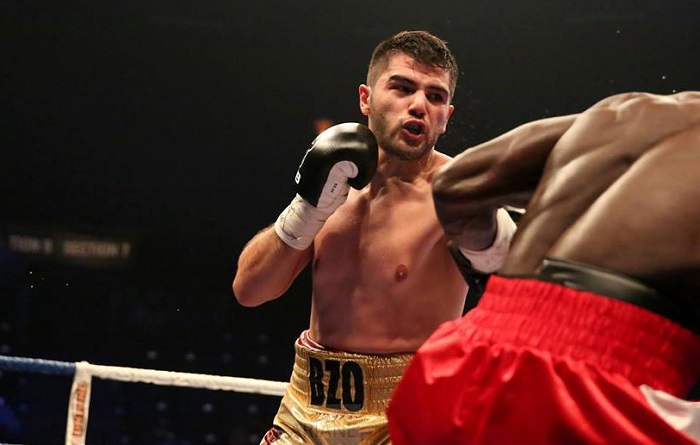 Erik looked a bit tight in round one but in the second he goes after his man, lands a left hook and …. 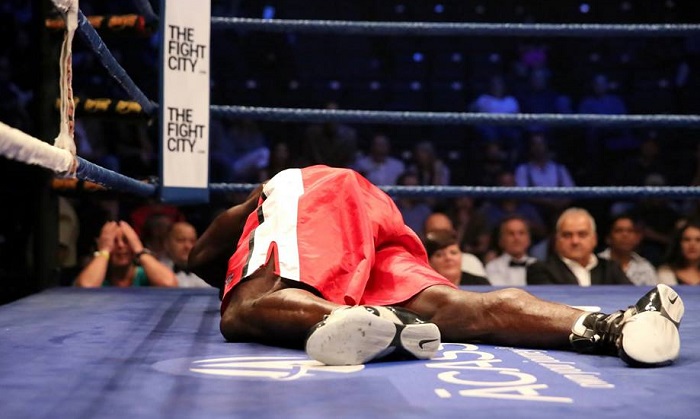 … just like that, the fight, and the show, is over. The next Rixa/Grant Brothers card is scheduled for December 2nd at the beautiful Tohu theatre.