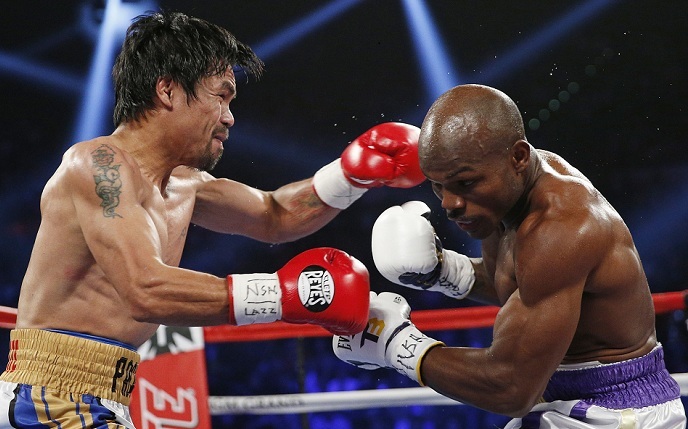 It was supposed to be a legend’s last fight. It was insanely and stupidly politicized. And it was a bout many weren’t excited about. Still, Manny Pacquiao got in the ring with Timothy Bradley on Saturday night at the MGM Grand Garden Arena in Las Vegas. The undercard had been relatively exciting and impressive, in marked contrast to the less-than-scintillating first two meetings between a legendary all-time great and a future Hall of Famer.

History and accolades aside, the truth was there were question marks around Pacquiao since his much-condemned loss to Floyd Mayweather a year earlier. He was getting older, after all. He was also recovering from serious shoulder surgery. On top of that, Bradley looked to be a much improved version of his already formidable self since teaming up with famed trainer Teddy Atlas. It was going to be interesting, if not thrilling, to see how it would all unfold.

Well, Bradley ended up looking good. Really good. Pacquiao just ended up looking better, it seemed. It was two knockdowns on the part of Manny that really sealed the deal, frankly. Other than that, it was actually a pretty close bout. “He won the fight tonight,” an extremely good-natured and sportsmanlike Bradley said after a unanimous decision victory for Pacquiao had been announced. So there you have it. “I’m in there with a special man,” he said of Pacquiao seconds later. So there you have it, again. Bradley got beat, but he’s still some kind of fighter. 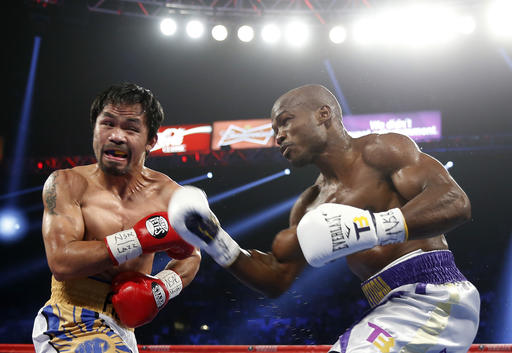 I thought Bradley took the first round by controlling the distance. Pacquiao came back – but just barely – in the second. It was a tactical chess match, to be sure, and a high level one at that. Bradley returned to take the third but then Pacquiao started to truly come alive in round four. Despite what the broadcast team at HBO said – and they’re a good team, by the way – the contest was much closer than they were saying leading into the middle rounds.

It wasn’t until Bradley went down in the seventh that things started to slip out of Desert Storm’s hands. Although he kept fighting gamely, Bradley’s face was getting marked up and then, to make matters worse, Pacquiao dropped his man but good in the ninth.

After that it was essentially all over but the crying. It wasn’t that Bradley was being blown out, not by any stretch, but the two knockdowns meant he needed to score some knockdowns of his own or dominate Pacquiao; neither proved possible. He could have knocked Manny out, of course, but that was something it took Juan Manuel Marquez four fights to do; this was only Bradley’s third throwdown with PacMan. And “Desert Storm” has never been known for his punching power. 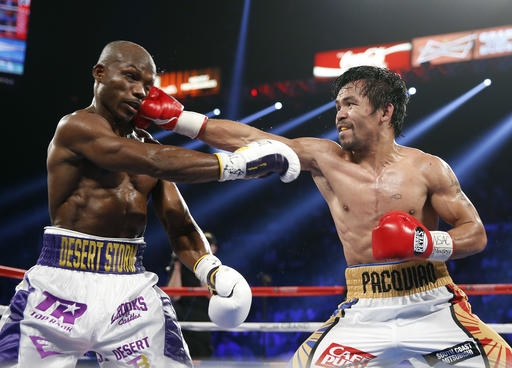 “I’m still proud of you,” Atlas told Bradley late in the fight. It was profound stuff to hear and it spoke volumes. Atlas can be an effectively harsh trainer. But here he seemed to understand what his man was up against and he could no longer criticize his fighter when it was obvious Bradley was doing all he could.

The bottom line, again, is that Bradley really looked good. It’s just that Pacquiao possesses a unique talent. On top of all that, the man ages well. Exceedingly well. It was said that this was Manny’s last fight. Honestly, that seems like something of a stretch to say right now. Yeah, the Floyd fight has come and gone, but boxing fans rarely like to see fighters leave on a high note . The same is especially true of the boxers themselves. The lure of further glory – along with a whole lot of cash – is simply too enticing for many.

Furthermore, it’s hard to see the likes of Keith Thurman, Shawn Porter, Danny Garcia and even Kell Brook defeating the Manny of Saturday night. To be honest, it’s hard for me to envision the likes of any of those men beating the Tim of Saturday night, either. The question remains, then, what does the future hold for these two champions? With Floyd retired, Pacquiao is the best welterweight in the world, with “Desert Storm” a close second. 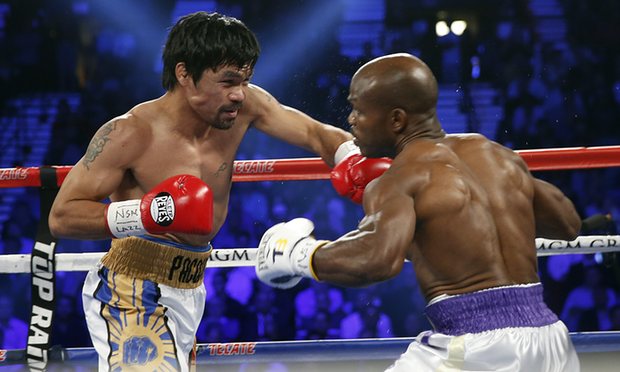 Well, Pacquiao’s got an election to run in. He says that if he wins he won’t be able to fight anymore, and it’s hard to see a man as popular as he is in the Philippines losing at the polls. Again, though, boxing is an alluring sport when you’re as good as the PacMan.

As for Bradley, it’s difficult to picture him quitting, either. Though, truth be told, the guy has taken a lot of shots in his career. Maybe it would be best for this respectable, honorable family man to pack it in. Despite what the naysayers say, I find the guy perfectly worthy of induction into the Hall of Fame. His record is simply too strong to be denied. What more is there to fight for? He’s had an amazing career and made a fortune for himself and his family.

But whatever Manny and Bradley decide, and no matter what anyone says, it’s good to remember the sport is like a siren song, forever calling great men closer and closer to the rocks.  Perhaps it’s best if we all just let both warriors, along with one Floyd Mayweather, decide what’s best, both for them and those they are closest to.              — Sean Crose 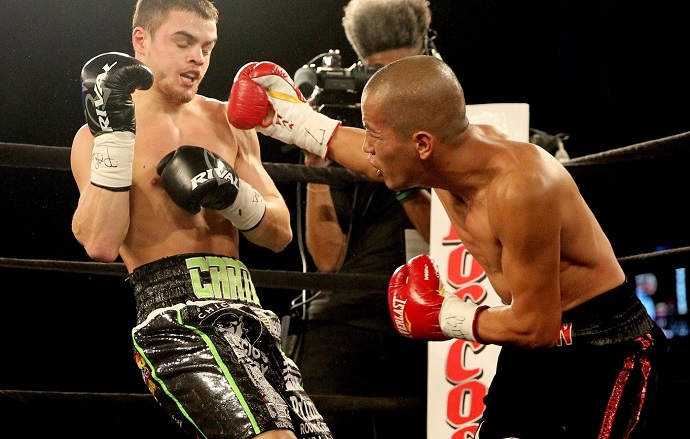 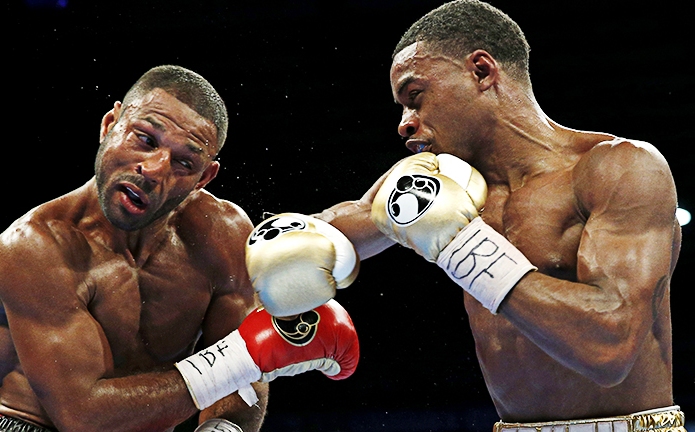 One thought on “Pacquiao Impressive In Farewell Fight”