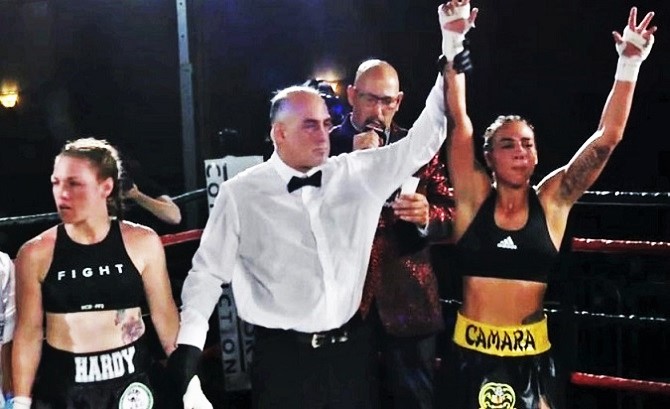 What does it take to build a world champion?

“It’s like a puzzle,” says Ian MacKillop, head trainer of Montreal’s Donnybrook Boxing club. “And if you don’t have all the pieces, you’re not going to make it. You can be a good fighter, but if you don’t have the right trainer, you’ll have problems. But if you have a great trainer and not the right manager, you won’t get the right fights. You need every piece of that puzzle. Conditioning, mental strength, good trainer, manager, healthy diet. You need to have all those things.”

But MacKillop believes all the pieces are in place for his pupil, Jessica “The Cobra” Camara (8-2), to become his first world champion. Camara is fresh off her biggest ever win, an upset decision over former world champion Heather Hardy (22-2) a month ago in Nashville. While Camara may have been a relative unknown to hardcore fans before her match with Hardy, that certainly is not the case now. Beating Hardy as decisively as she did opens up many doors for Camara, and her manager, Brian Cohen, intends to take full advantage. Cohen is currently working on a world title fight for “The Cobra,” possibly one division north at junior welterweight.

MacKillop spent time with Cohen in the lead-up to the Hardy fight and came away impressed. “I didn’t really get to know him until we met in Nashville,” says the former titlist who worked in years past with Freddie Roach and Yvon Michel. “Cohen is really on the ball. He understands the business and has great contacts with Eddie Hearn and Lou Dibella. He put Jess in an excellent position with the Hardy fight, and now things are really coming together.”

When Camara does get the title fight opportunity that she craves, her trainer is certain she will take full advantage. “She has the mental and physical sides in sync,” says Ian. “I’ve seen many physically gifted athletes who just don’t have it mentally. Others are mentally strong, but lack the physical talent. Jess is physically and mentally gifted and for me is probably the easiest athlete to train since I started coaching. She’s like a canvas, and I’m the painter and she just does exactly what I say. She’s smart, punctual, works hard. Like a soldier. She listens and is always ready to go. If I say ‘Be there at five,’ she’s there waiting at 4:45.”

As further proof of Camara’s professionalism and resilience, MacKillop points to the opening round of her bout with Hardy. Just seconds after the bell Camara suffered an official knockdown though it appeared to be a slip. One can hardly imagine a worse start for an underdog opponent against someone with the star power of Hardy, but Camara didn’t let it faze her. “I got up and I was like, ‘Whatever,'” recalls Jessica. “I just knew it was going to be my night, so I brushed it off and just kept going.”

“That would have thrown many, if not most, fighters right off their game,” says MacKillop. “I’ve seen it happen many times. Guys get rattled early and never recover. But Jess got up and just went right back to work. That shows her fortitude.”

After losing the first round, Camara was in complete control the rest of the way, thanks to a busy jab and sharp, accurate punches. And while Hardy represented her toughest and most experienced opponent, the fight went as Jessica expected. “My thinking was that if I stuck to the jab and went to the body, I would break her down, and that’s what happened,” says Camara. “I mixed up the combinations well, so the openings were there and everything I did was stuff I worked on in camp. Generally, I go in relaxed, not stressed about what I have to do, and I just listen to my corner.”

Camara’s performance was remarkable not only because of the quality of her opponent, but also because she had been inactive since February of 2020. But Jessica refused to let circumstances negatively affect either her preparation or her performance.

“I wasn’t worried about ring rust because I refuse to be stressed,” says Camara. “The mental aspect is so important because I know it will show in my performance if I’m nervous. I was nervous in my first few pro fights and it gassed me out, but now I know how to relax. I breathe normally, stay in my zone, take it round by round. I trust that I prepared well, and I did all the hard work in the gym. I had sparred so many sessions for this training camp, so for me the fight was like just another sparring session. I told myself now was the time to let loose and have fun.”

During Camara’s training camp for the biggest fight of her career, that hard work in the gym was assisted by her main sparring partners, Erika Hernandez, Celeste Baillageron, and Natalie Fagan. And it’s worth nothing that Hernandez isn’t just Camara’s sparring partner, but also an ex-opponent and Jessica’s wife, the couple having tied the knot in 2019. They first met when they battled in Hamilton, Ontario in 2017.

“There was this instant chemistry at the face-off,” recalls Jessica. “At that moment, we were thinking of the fight, so it was all business, but at the same time we both felt the attraction.”

Camara won the match by decision, but both were winners when they took a vacation together to Mexico and a year later they were engaged. And while being married to another pro boxer isn’t without difficulties, both Camara and Hernandez are committed to supporting each other through all the different challenges.

“There’s pros and cons to being in a relationship with a fighter,” says Jessica. “She understands the lifestyle, so that helps. But there’s also mood swings, good days and bad days. When we spar, sometimes that can get really intense. But in the end, we always support each another and push each other forward. We work together as a team.”

Given that Camara intends to stay in the lightweight division, if she plans to win a world title there soon, that could mean going up against the best female fighter on the planet, Ireland’s Katie Taylor. But that’s a challenge Camara is more than willing to take on.

“Taylor is the top person on my list,” says Jessica. “Hopefully, that does happen in the near future. I don’t think it’s going to happen in my next fight, but she is a name on my hit list, for sure.”

And if the Taylor fight does materialize, MacKillop has supreme confidence in his charge to upset the odds and seize the throne on which Taylor is perched.

“Taylor is one of the best and she has a ton of experience,” says Ian. “She’s very active in the ring, throws a lot of punches. But Jess feeds off that style and with a bit more experience, I think she beats her. The only thing missing is some more rounds against top talents. But Jess would fight Katie Taylor tomorrow if she could. She’s old-school, like the fighters of the 1960s and 70s. She wants the best, wants to prove herself.”

“Think about it,” says Ian. “In a time when boxers are scared to fight their own shadow, she was 7-2 and took on Hardy, who was 22-1. She’s not afraid of anyone. And that’s so refreshing. She doesn’t care. She’ll fight anybody, anytime. That’s the type of boxer I appreciate. Someone willing to take on the best and put on a show.”

And Camara could have plenty of opportunities to do just that in the near future. Because, as MacKillop says, becoming a champion is about having all the pieces of the puzzle in the right place, at just the right time. And for Jessica “The Cobra” Camara,” it looks like, maybe, that time is now.            — Jamie Rebner 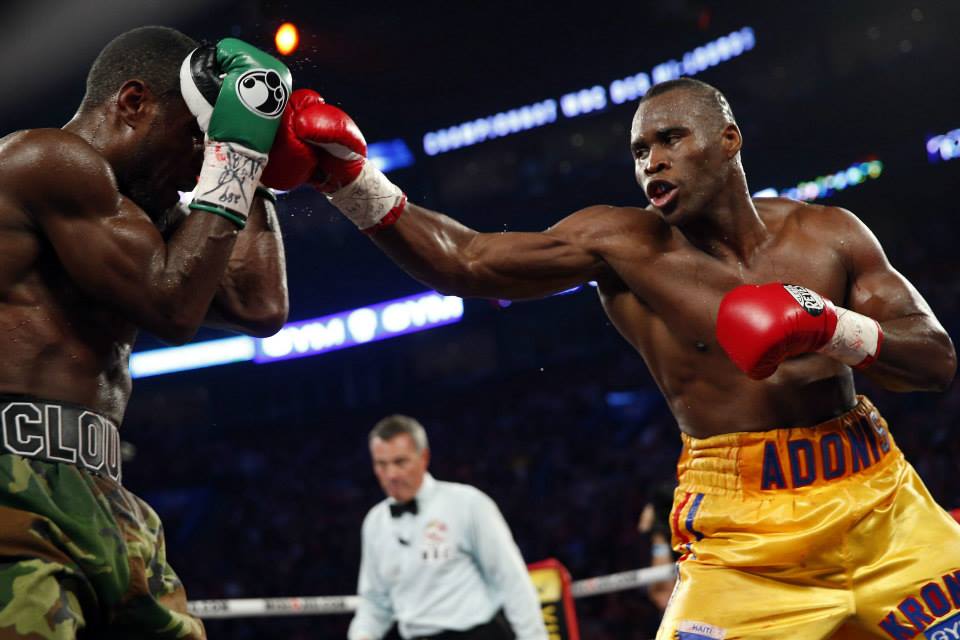 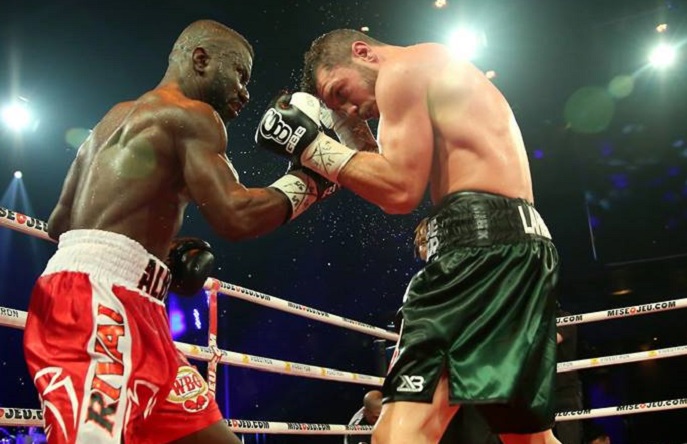