What was intended to be a long overdue homecoming instead turned into a stunning upset as Julian “J-Rock” Williams fought the fight of his life, knocking down and battering previously unbeaten champion “Swift” Jarrett Hurd en route to a unanimous decision victory in an early candidate for Fight of the Year.

Williams got off to a strong start, scoring a knockdown in the second round with a hard left hook to the temple. Hurd survived the early storm and fought back well, even managing to make it a real dog-fight through the middle rounds, but Williams stood his ground and did not succumb to Hurd’s activity. Despite his height advantage, Hurd did not make effective use of his range, marching forward without using the jab and continuously eating shots from a distance that opened up two cuts around the eyes. 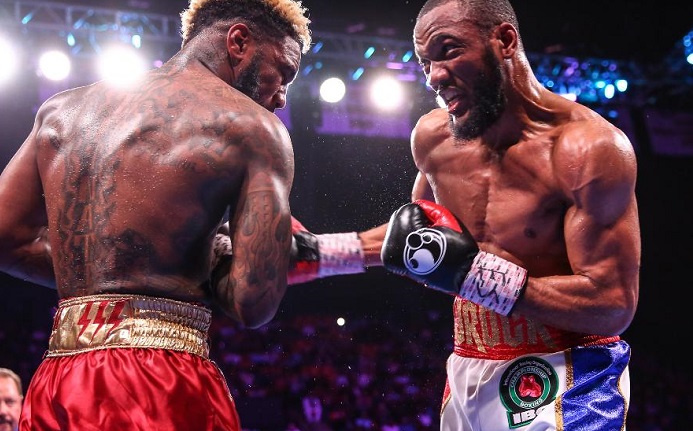 Down the stretch, Williams began to dominate the inside game as well, landing many eye-catching blows that Hurd managed to weather, but failed to respond effectively to. Hurd fought courageously and attempted to rally late, but it was not enough as “J-Rock” Williams had secured a comfortable advantage by that point in the fight. Fortunately for the challenger, there was no home-cooking for Hurd when the judges turned in their scores, as the cards read 115-112 and 116-111 (twice) for the new champion, Julian “J-Rock” Williams. The Fight City saw it 117-110 for Williams.

“I wasn’t able to get off,” said Hurd, who suffered his first defeat in 24 fights. ” I was loading up on my shots instead of just letting my hands go. J-Rock was just the better man tonight and I was never really able to get off the way I wanted to.” 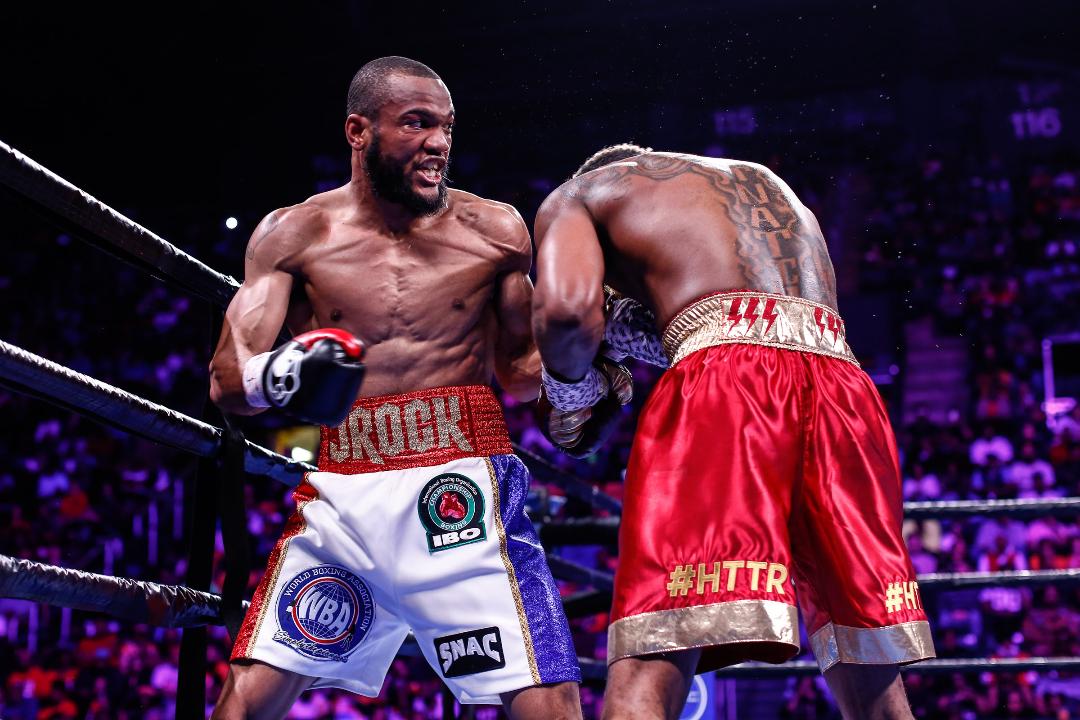 While Hurd stated that he struggled to get off, it also appeared that “Swift” was not strong enough to take over the fight in close quarters, as Williams effectively thwarted his offense and appeared to land the crisper, harder shots in the exchanges. Hurd did not comment after the fight on whether his frequent trips up and down the scale had an effect on his performance, but the former 154 pound champion told us in a March interview that he is accustomed to walking around at about 186 pounds between fights.

The new champion was ecstatic following his title-winning effort, as he waited for almost three years for another crack at a world title after his disappointing KO defeat to Jermall Charlo in 2016.

“I am just overwhelmed. This is such a great feeling. I outclassed him. I am one of the best fighters in the world. Maybe I wasn’t ready for the title the first time I got the shot,” said Williams, who came in as a five-to-one underdog to lift Hurd’s titles. “The only people that believed in me were my team, but all I can say is ‘and the new’!”

In the co-feature bout of the night, unbeaten junior-welterweight prospect Mario Barrios scored a sensational body shot knockout of Juan Jose Velasco in the second round. A left hook to the body sent Velasco to the canvas writhing in pain; he did not beat the count. With the win, Barrios improves to 24-0 with 15 knockouts.

In the first televised fight of the night, former middleweight title challenger and amateur world champion Matt Korobov fought a game and hungry Immanuwel Aleem to a majority draw after ten action packed rounds. Korobov was in charge early and hurt Aleem badly in rounds six and seven with a series of well-placed left hands. Aleem nevertheless pressed forward, and the Russian began to show noticeable signs of fatigue in the late rounds.

In the final round, Aleem nearly put Korobov down with a sustained attack, but Korobov intelligently held and stalled the action to survive the onslaught. The decision was originally announced as a majority decision win for Korobov, but was later corrected to a draw to the consternation of the Korobov camp and the fans. It appeared as though Korobov had done enough to win, despite the strong late-round comeback by Aleem.

Following the fight, Korobov stated that “I felt heavy and not totally sharp enough. It was hard to react and stop him from going inside. I have things to work on.” Much of Korobov’s difficulties in there appeared to be attributed to conditioning, as he visibly faded going into the late rounds. However, Aleem deserved credit for inducing Korobov’s fatigue by pressing the issue and continually applying pressure, despite being hurt several times in the middle rounds.

“I felt like I won. I didn’t feel like he was doing enough,” said Aleem who appeared to start a little too late to secure a victory. “I realized when I started hitting him that he didn’t have the gas.” While most thought Korobov did enough to win, a rematch could make sense given the high quality action these two men gave us.

On the off-TV undercard, unbeaten Philly prospect Stephen Fulton, JR. scored an impressive unanimous decision victory over African veteran Paulus Ambunda. Fulton controlled the fight throughout behind an active and accurate jab, keeping Ambunda at bay and unable to mount a sustained offense. Fulton scored a knockdown in the 8th with a looping overhand right, driving Ambunda to his knees and causing him to rise on shaky feet. Ambunda survived, and managed to make it through 12, but in the end it was Fulton who emerged with a unanimous shutout to improve his record to 16-0, 7 KOs.

Also on the undercard, unbeaten Romanian-born Maryland native Alexandru Marin (18-0, 11 KOs) held on to win a close unanimous decision against former two-time champion, Luis Concepcion. Marin got off to a quick start, finding a home for the left hook and outscoring Concepcion in the exchanges. However, Concepcion continued to bring the fight to the unbeaten prospect, walking through fire to eventually wear down Marin by the middle rounds. By round seven, a cut and seemingly fatigued Marin was almost exclusively on the retreat, even appearing to be stunned by an overhand right. Marin was again hurt in the ninth, but held on and came back to clinch the 10th and final round. The judges saw it 97-93 and 96-94 (twice) for Marin.              — Alden Chodash 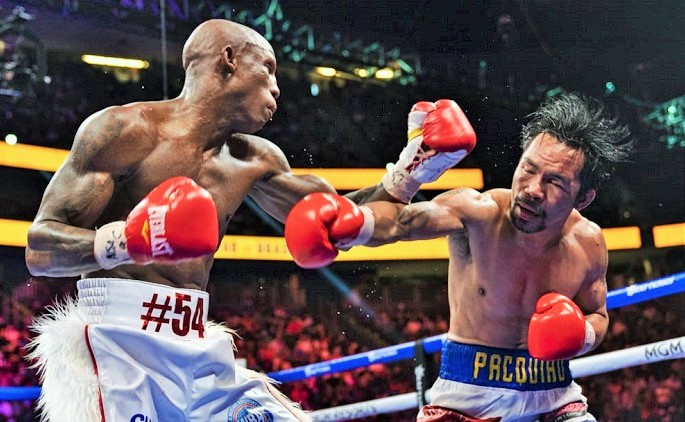 The Weekend That Was Podcast (No. 18) 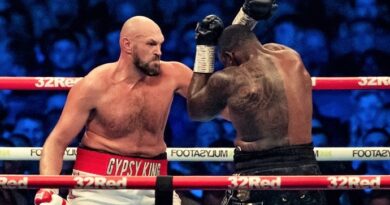