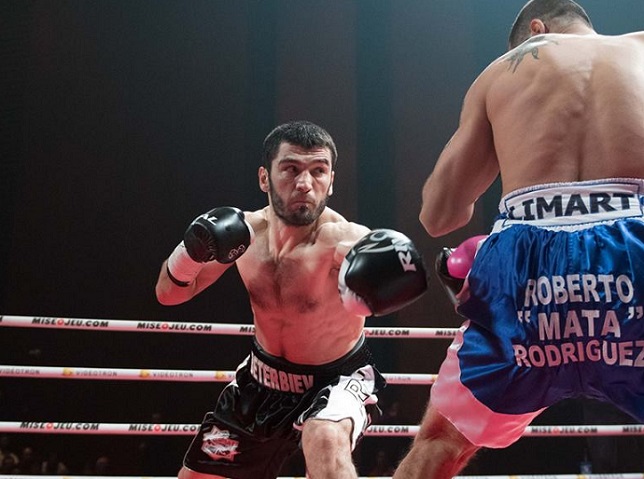 Last night at Casino du Lac-Leamy in Gatineau, Quebec, Artur Beterbiev took one round to drown Isidro “El Guerrero” Prieto in some very deep water. What was meant to be a challenge became a rout, the outcome not a by-product of incompetent matchmaking but the finality of Beterbiev’s punches. Prieto, a game, ornery Argentine, slammed his fists against the ropes after referee Michael Griffin stopped the fight, his reaction a mixture of frustration and surprise. How quickly things had soured was inconceivable for a man who’d never been stopped, but Prieto shouldn’t be faulted for his shock. In a division populated by Adonis Stevenson and Sergey Kovalev, Beterbiev may be its most lethal puncher.

The Casino’s two-tiered theatre made a fine boxing venue and the event was well attended. One major disappointment was the omission of excellent welterweight Custio Clayton, who was slated to appear in the co-main until his opponent failed a medical test. With Clayton’s exclusion, what was originally a top-heavy card became even more so, as the lineup was filled out by young pros of varying competencies, whose horse-mouthed supporters yelled encouragement from the theatre’s far reaches. For fans not directly related to the boxers, their attention (when not distracted by the ringcard girls) was monopolized by Beterbiev, whose march towards eminence at 175 pounds is one of boxing’s most intriguing storylines.

The night’s best fight saw Montreal super bantamweight Vislan Dalkhaev (9-0) earn a unanimous decision over Mexico’s Salvador Hernandez (14-5-0). It was a cagey display of boxing, as each man was sharp, aggressive and fought with crowd-pleasing moxie in a bout that was far closer than the official scores indicated. In Clayton’s absence this was scheduled to be the co-main, but the order of fights was changed so a local fighter would appear instead. Gatineau boy Danyk Croteau (2-1) faced Toronto’s Alex Ebanks (1-3) in the penultimate bout, and blew out his defenseless opponent in one round.

Of course, these fights were appendages to the main event. Beterbiev’s (11-0) reputation has gained currency in boxing and only time stands between him and a match with the division’s elite. His opponent, Argentina’s Isidro Ranoni Prieto (26-2-3), is a capable professional whose only previous loss came in Montreal last summer when he was decisioned by Eleider Alvarez. That was a competitive fight in which Prieto showed his mettle, and it was thought the durable Argentine would be Beterbiev’s most difficult challenge to date.

Hopes for a combative main event were destroyed thirty seconds into the first round when a perfectly-timed right hand floored the lunging Argentine. The electricity of the punch sent a shockwave through the theatre, and though Prieto regained his balance and beat Griffin’s count, he was badly hurt. Sensing the gravity of his opponent’s condition, Beterbiev patiently walked him down, keeping his distance as he probed Prieto’s defense, searching for avenues through which he could land clean shots.

A game fighter, Prieto did his utmost to remain alive, but now conscious of the harm that succeeded recklessness, he boxed less confidently. With thirty seconds left in the round, a sequence of flush punches sent the Argentine reeling into the corner, where only the ropes kept him bipedal. With his opponent now firmly secured in the guillotine’s stocks, Beterbiev dropped the blade, as a flurry of blows left Prieto crumpled on the mat. Griffin began his count and “El Guerrero”—after first falling stiff-armed back onto the canvas—tried haplessly to collect himself but failed, leaving Griffin no choice but to call a halt.

After the fight, promoter Yvon Michel questioned Prieto’s tactics and complimented Beterbiev’s puissance. “Prieto was playing a dangerous game. He decided to turn it into a shootout, and you can’t do that against Artur Beterbiev. It wasn’t thought Prieto was a fighter who would only last one round, [but] he just didn’t have the right strategy. He didn’t respect Artur and things unfolded like they did.”

The promoter said Beterbiev’s next fight will be an IBF eliminator. If he wins, he will meet the winner of the Ward-Kovalev rematch—should it even happen. “Definitely in 2017, Artur will be champion” Michel said. “Whether he fights Kovalev, whether he fights Ward or [for] a vacant title if they don’t want to fight.” John David Jackson, who trains Kovalev, tweeted last night that he wants Beterbiev as a future opponent, in a match that would surely galvanize even the most embittered boxing fans.

There is no reason to doubt Beterbiev’s readiness for the division’s best. Like so many Eurasian fighters who come to North America with an extensive amateur pedigree, he is far more advanced than his 11-0 record indicates. His power is partly traceable to his excellent timing and technique, honed over many years as an amateur and seen in other fighters of similar backgrounds, like Kovalev, Gennady Golovkin, and the young Kazakh-Montrealer, Batyr Jukembayev. The 31-year-old Beterbiev belongs in the light heavyweight division’s inner sanctum, and more fights against second-tier opponents like Prieto will only yield identical results.

Michael Griffin, who had the theatre’s most intimate look at Beterbiev’s work, was impressed. “I don’t know if anybody hits that hard,” said a man who’s been in the ring with Stevenson, Kovalev and Wladimir Klitschko. “Is he going to beat Kovalev? Is he going to beat Andre Ward? I don’t know. But does he belong in the same ring as them? Absolutely. There’s no other level that he could be at. He’s a top five guy in the world.”

Beterbiev will look to unseat these names, but how willing will they be to face him? Not a large draw yet and hugely gifted, he represents the high-risk, low-reward dichotomy that has grounded so many able fighters. The challenge will be for Yvon Michel to raise Beterbiev’s profile and get him fights worthy of his talent. Thus, one of 2017’s most fascinating plots will be whether top opponents have the gall to dive into the deep end, where Beterbiev is calmly treading water.           — Eliott McCormick 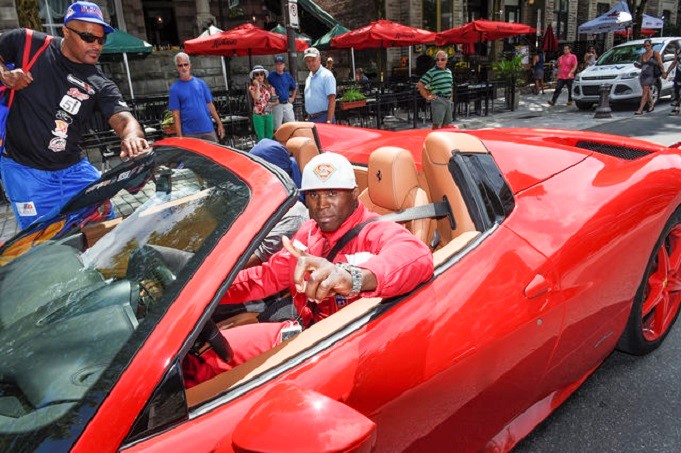 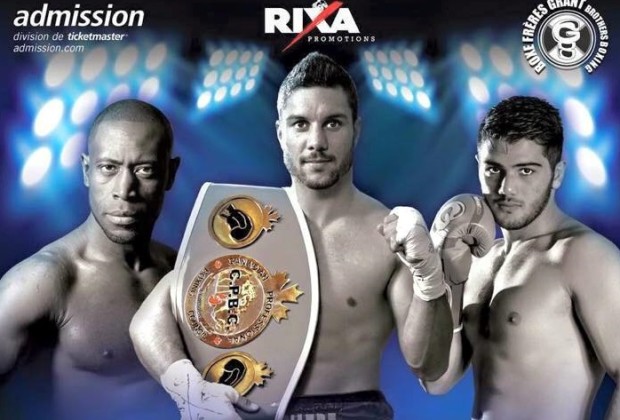